In the most remote, inaccessible and wooded areas, near the shores of the Eyasi Lake, a primitive population lives, which has refused progress and excessive contact with other ethnic groups: the Hadzabe.

The road that leads us to the rudimentary camp of this Hadzabe clan is a dirt road in poor conditions, Tracks4Africa has incredibly indicated it to us, but at some point it gives up and, if it was not for the local guide accompaning us, we would never have found the camp.

Also because the Hadzabe are a nomadic population, they move according to the resources they find, they are a hunter gatherer population and, when the area where they camped has been exploited, they move elsewhere.

When we reach the camp we notice only a few rather spartan shelters, made up of intertwined branches and covered with leaves and bark of baobab; there is also a cavity in the rock.

During the day men and women live separate, we begin to know the group of men, who are in the rocky ravine, under a spur of protruding rock; we climb along a path until we reach a small group of boys who shelter inside the natural cave, it is not clear what they are doing but our attention immediately falls on the way they are dressed.

The younger ones are bare-chested while the older ones wear the skin of a baboon, the most sought-after prey by the Hadzabe.

In the local language "ntana bawa" we greet each individual, who answers and shakes our hands.

It is difficult to communicate because they do not speak anything other than their language, that, like the language of the San in Southern Africa, consists of numerous sounds similar to clicks; our local guide translates and tries to understand something more about their primitive way of life.

The life of men is focused on hunting: men essentially hunt using bow and arrows, they show us the various arrows that are used according to the hunted prey, pointed wooden arrows, iron pointed arrows and poisoned iron pointed ones.

For small animals, such as birds, they place a panicle just below the tip, so as not to allow the arrow into the body too much.

To chase the baboons they use iron pointed arrows with small hooks to prevent the baboon from tearing off the arrow when it is hit; hitting the prey is only the first part of the hunt, most of the time the shot is not fatal and the Hadzabe must chase the prey to finish it.

Even the poison they use, obtained from the succulent plant Adenium obesum or Desert Rose, does not have an immediate effect on the prey, so, sometimes, it is necessary to follow the animal for hours, before it collapses under the effect of the poison.

The flesh of an animal hunted with poison is not consumed immediately but is left to dry, so that the poison is not dangerous for the Hadzabe; however there is an antidote to the poison of the Adenium obesum, and it is derived from the Agave siselana, also known as Oldupai, as it is very common in the gorge of Oldupai, or Olduvai.

For Hadzabe all animals are prey, with the exception of two animals considered taboo: hyenas and snakes.

Snakes are considered all poisonous and therefore avoided, only the African rock python that is regularly hunted escapes this rule.

The hyenas are not the object of hunting because they are considered "sacred" animals as, when an element of the clan dies, the Hadzabe do not bury the corpse, but leave it on the ground and move the camp; they believe that the abandoned body is devoured by the hyenas.

The boys show us how they light the fire, using two sticks of wood and dry grass; in the same way they light tobacco they smoke using decorated wooden pipes.

Then we go down to meet the Hadzabe women, we greet them saying "ntana aia" the greeting that is used for women.

The women take care of the harvesting of the fruits of the earth, they know perfectly the environment in which they live and they know how to make the most out of it, from the African Commiphora they get berries that they dry and that are used for traditional medicine, they collect honey from beehives, while from the baobab they derive many products, for example the leaves are eaten, the roots are used in traditional medicine, the fruits are a precious source, usually the pulp is eaten or a very high in protein juice can be obtained, finally from the bark the material to cover the "huts" and the shelters.

They show us how to identify the trees under which beetroots grow, a kind of white turnips they eat raw and that has a large supply of water and nutrients.

Once the tree is identified, the women begin to dig with bare hands or with the help of a stick, the edible roots or turnips are found at a depth of about 40 or 50 cm.

We taste the turnips but they have practically no taste but the Hadzabe seem to like them a lot and devour them voraciously.

We go back to the village and ask our guide what the Hadzabe believe in and if they have rituals: he tells us that they do not have rituals and particular religious beliefs, they believe only in the sun god, in the morning the god wakes up and goes to sleep at sunset while during the day it provides them with light and heat.

Even the rituals and celebrations are practically absent, the only celebration that is made is when they manage to hunt a large antelope, a buffalo or a giraffe; in this case the camp moves near the prey to consume it.

The figure of the village chief is covered by the best hunter, but there is no real social hierarchy.

The Hadzabe's groups are not composed of a single family, but are a clan made up of different families, marriages are not accompanied by feasts or rituals, the only form of contract consists in the gifts that the groom must present to the bride's family: 20 kilos of honey, a male baboon and a male kudu. 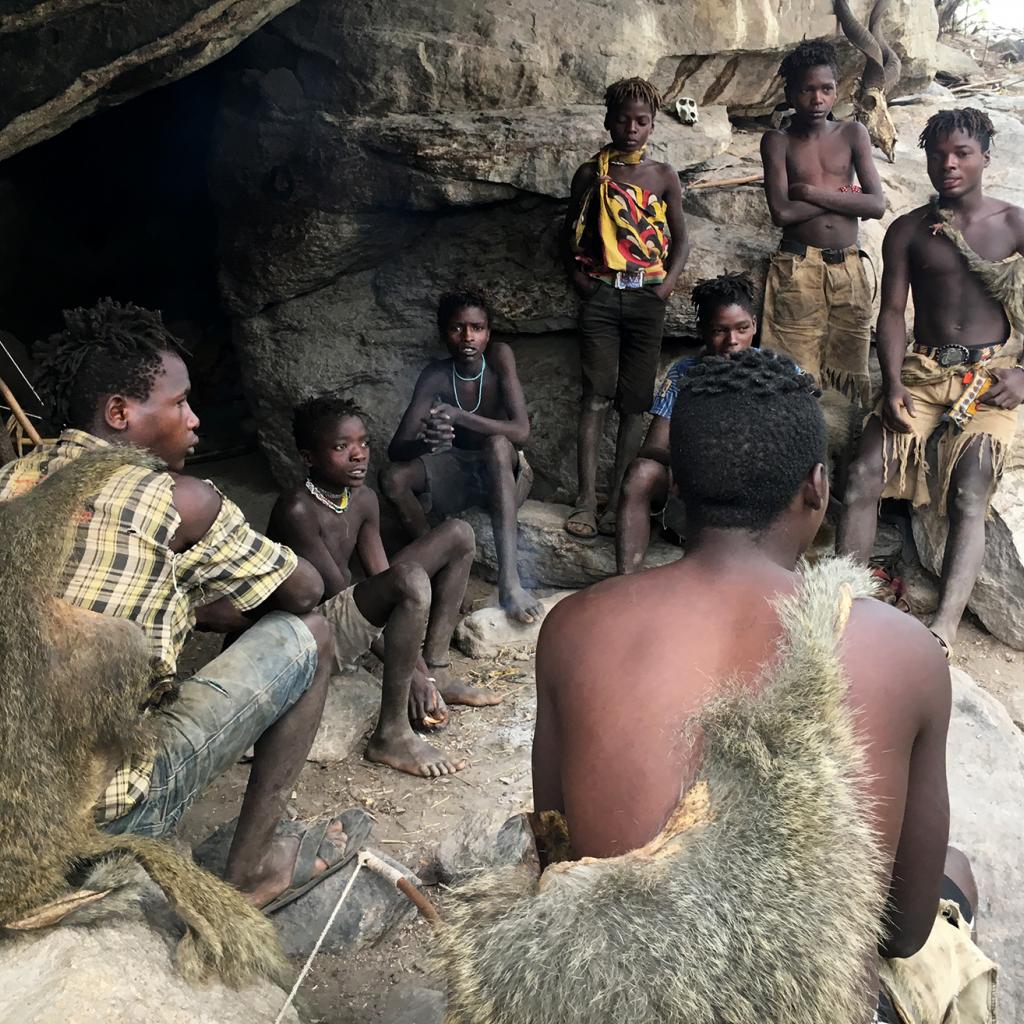 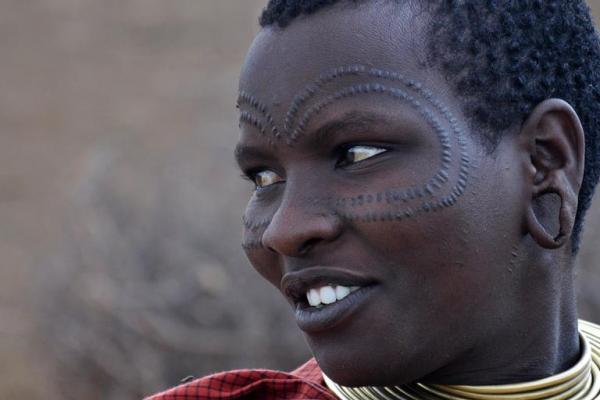 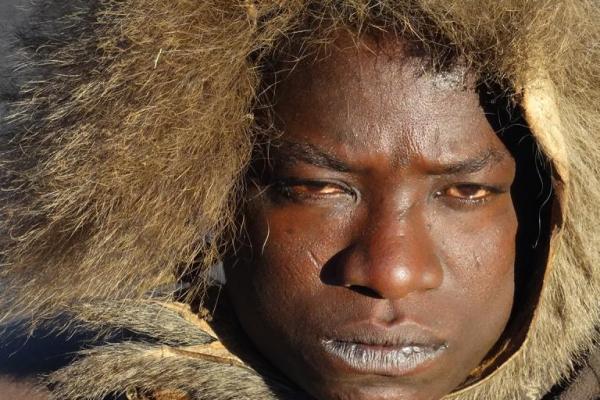