This morning we came down very early inside the Ngorongoro Crater for our safari.

The Ngorongoro Crater is located in the Ngorongoro Conservation Area and is one of the most fascinating places in Tanzania, both in terms of landscape and nature; it has been declared a World Heritage Site by UNESCO and protects a unique ecosystem in the world.

In reality it is a large caldera, formed after the collapse of a volcano, about 3 million years ago; now on the remains of its slopes grows a dense primitive forest, while on the bottom of the crater there is an open savannah, with some woodland patches; this is one of the few places in Tanzania where you can spot all the Big Five: lions, leopards, buffaloes, elephants and black rhinos.

The slopes of the Ngorongoro caldera are often surrounded by fog and clouds, that are responsible for the forest that thrives here and is the habitat of some species of animals such as elephants, leopards and various antelopes, monkeys and many birds; at the bottom of the crater there is an open savannah whose soil, rich in mineral salts, makes the vegetation very nutritious for the herbivores that live in this area.

It is cold, as always early in the morning here at the Ngorongoro, it is exciting to go down the inner wall of the crater and get to the bottom of the caldera, spotting from afar already some animals.

When we get to the bottom of the crater first we go to scour one of the few wooded areas and, in the middle of the acacias, we see a beautiful male elephant; our guide tells us that there are 2 males who usually wander in this area of ​​the crater, while most of the flocks of females with puppies remain in the forest, along the slopes.

We continue our safari in the crater, as usual we see many animals including many herbivores such as zebras, wildebeests, buffaloes that seem to browse calmly.

At the Ngorongoro also live several herds of lions, here there is one of the highest concentrations of lions from all over the African continent, and in fact we do not delay to see them; in the morning and in the afternoon in the crater it is never too hot, so it is more likely that these cats are more active, while in the central hours it is more likely to see them while they doze in one of the few shady places or next to the off-road vehicles.

In the Ngorongoro crater it is also possible to spot the black rhinos, it is one of the few places where you can see them quite easily, even if often only from a distance, as they tend to stay near the edge of the crater, only in the late afternoon they venture further into the central part.

Spotted hyenas and jackals are also easily sighted, as well as several species of both aquatic and terrestrial birds and raptors; moreover, during the months from October to March, there are also some species of birds that migrate here from the Northern hemisphere.

The various pools and lakes are populated by noisy and funny hippos, who spend their days immersed in water, and then go out, after sunset, to graze the grass.

During the green season, in the months from November to May, the bottom of the crater is completely green and everywhere there are puddles and streams of water, it is really spectacular from the landscape point of view, sometimes it can rain but this does not prevent to visit it, you just have to pay more attention driving in the mud.

While during the dry season, from June to October, the grass is yellowed and the water dries up; only the Magadi Lake and a few other puddles remain, while the remaining part of the crater is dusty and, apparently, not very inhabited, but it is not at all like that.

Almost all the animals never leave the Ngorongoro caldera, only some herbivores, such as zebras and wildebeests, venture outside, otherwise all the species remain here all year round and this means that a microcosm with a delicate balance has been created.

The crater, therefore, can be visited all year round and there is no better period, perhaps the only period to avoid is the rainy season, from mid-March to May.

We spent a morning inside the Ngorongoro crater, we have, as always, sighted many lions, black rhinos with even a puppy, hyenas, zebras, buffaloes, wildebeests, many birds some of which are really beautiful, an elephant, hippos, warthogs, gazelles and jackals; we took wonderful pictures and enjoyed the magic of this place.

For lunch we went on the shores of the Magadi Lake, this is one of the best known places to take a break, the lake is full of noisy hippos, while there are also several birds that seem very interested in the lunch of travelers who, like us, stopped here.

But one should not give them food, otherwise they would get used to too close contact with man, while it is better that they continue to live like wild animals.

After lunch it was time for us to leave, it rained during the night so we could find muddy slopes and we have to go to Ndutu in the Serengeti National Park.

As always the Ngorongoro has fascinated us with its microcosm and its animals and, as usual, as soon as we leave the steep road that leads to the edge of the crater, we cannot wait to return again. 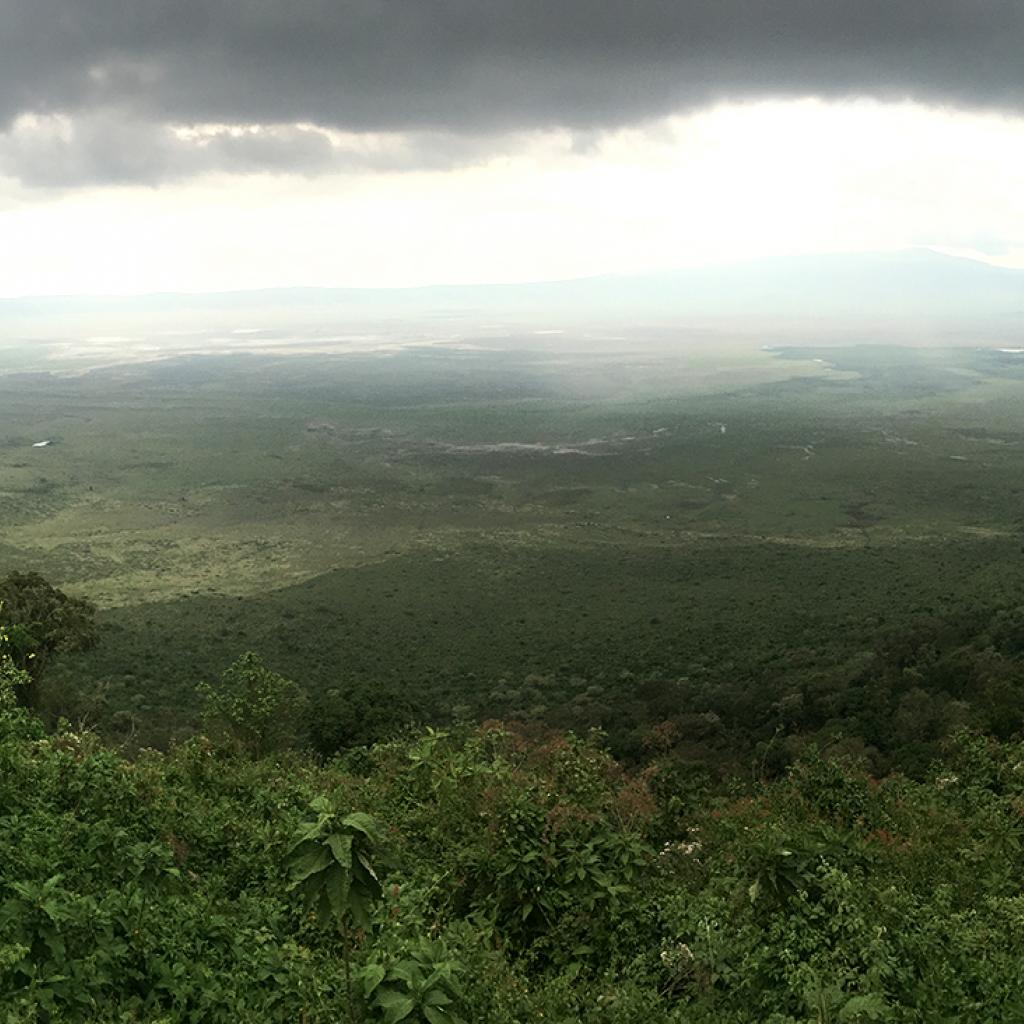 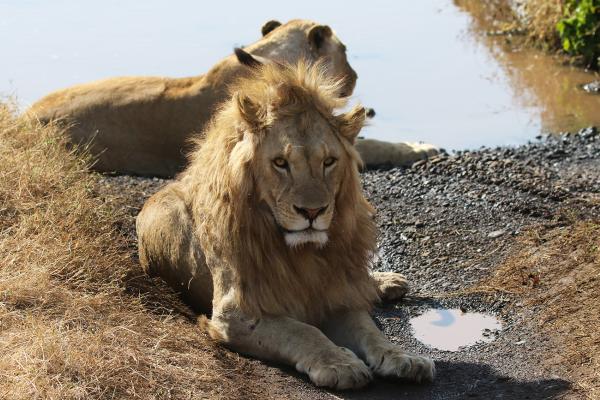 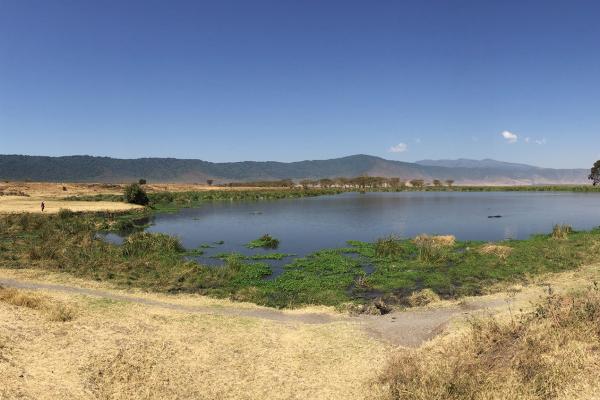