The Okavango River, the third largest river in Southern Africa, originates in Angola on the Angolan plateau and flows South-Eastward, thus reaching Botswana; along its 1,300 km route, it has transported, over the millennia, tons of sand that have contributed to generating the islands and alluvial planes of its delta.

Summer rains in Angola, mainly concentrated in January and February, increase the reach of the Okavango; the flood takes a month to travel through the first 1,200 km of its route and usually in March it reaches Mohembo, the point where, after crossing the Caprivi Strip in Namibia, finally comes to Botswana.

From this point it takes a few months to travel the 100km of the Panhandle, fill in the permanent canals and eventually flood the 250 km of alluvial plains of the delta; in the months of June and July the flood of the Okavango Delta occurs.

If rains, during the rainy season in Botswana, in March and April, have been abundant, it may happen that the delta floods already in mid-April or May due to the amount of rainwater still present.

It is believed that in the past, in the prehistoric era, the Okavango river did not enter a delta but continued its course and reached the Makgadikgadi Great Lake but, following some telluric movements, the slope of the land changed and now it is no longer sufficient to allow the river to continue its original journey.

Nowadays, the waters of the Okavango River in Botswana, and the resulting flood, slide slowly as at a distance of 460 km the drop of its bed is only 60 meters.

Despite the overflow of the Okavango in the delta is about 11 cubic km of water each year, a small amount of water, about 4%, is able to escape from the delta, feeding the Thamalakane River, then continuing in the Boteti River, until reaching Xau the Lake or the salty depression of Makgadikgadi, or going West to the Ngami Lake; almost all of the water, 96%, cannot pass the delta: 36% evaporates due to the high temperatures and about 60% is absorbed by the plants.

A consequence of the high evaporation is that the delta water may become progressively saltier, but excess salt is absorbed by the roots of the plants thus getting nourishment.

The extraordinary nature and importance of the flood of the Okavango Delta lies in the fact that this occurs in June and July, in the middle of the dry season.

At this time, in the areas bordering the delta, seasonal rivers have already dried up and the puddles are muddy and salty hollows; this makes the animals, dependent on water and in search of pasture, concentrate in the delta, where they can enjoy fresh water and luxuriant vegetation, thanks to the fresh water brought up to here by the Okavango River.

There is a high concentration of animals, both herbivores and carnivores, one of the highest in the entire African continent.

The flood begins to invade the delta in the North-West part, moving later to the South-East one; this means that in July the best reserves, or concessions, are the following: the Jao Flats, the Abu, the Central Moremi or Chief Island, the Duba Plains and the Vumbura; while between August and September it is better to go to the following: the East Moremi, the Mopane Tongue, the Shinde, the Kwara, the Nxabega; finally in September in the following: the Stanley's, the Chitabe and the Ranns.

In fact, over the decades, the trend of the flood, and the consequent flooding of the Okavango Delta has in part changed, and this is due to a continuous, if not perceptible, telluric activity; in fact, it is located in the South-Western Rift Valley arm that crosses the Eastern part of the African continent from North to South.

The Okavango Delta is an internal delta and runs out in the Kalahari, in fact the Okavango River is also called "the river that never meets the ocean"; during the flood maximum peak reaches an area of ​​16,000 sq. Km, that is reduced to 9,000 sq. Km when the minimum flow occurs; while the depth of the water reaches a maximum of 2 meters.

Since October, alluvial soils begin to drain and water remains only in permanent canals, some animals begin to move away from the delta as a result of rains at the end of October; in the following months the rains revitalize the arid expanses of the Central Kalahari and the salty depressions of Makgadikgadi. 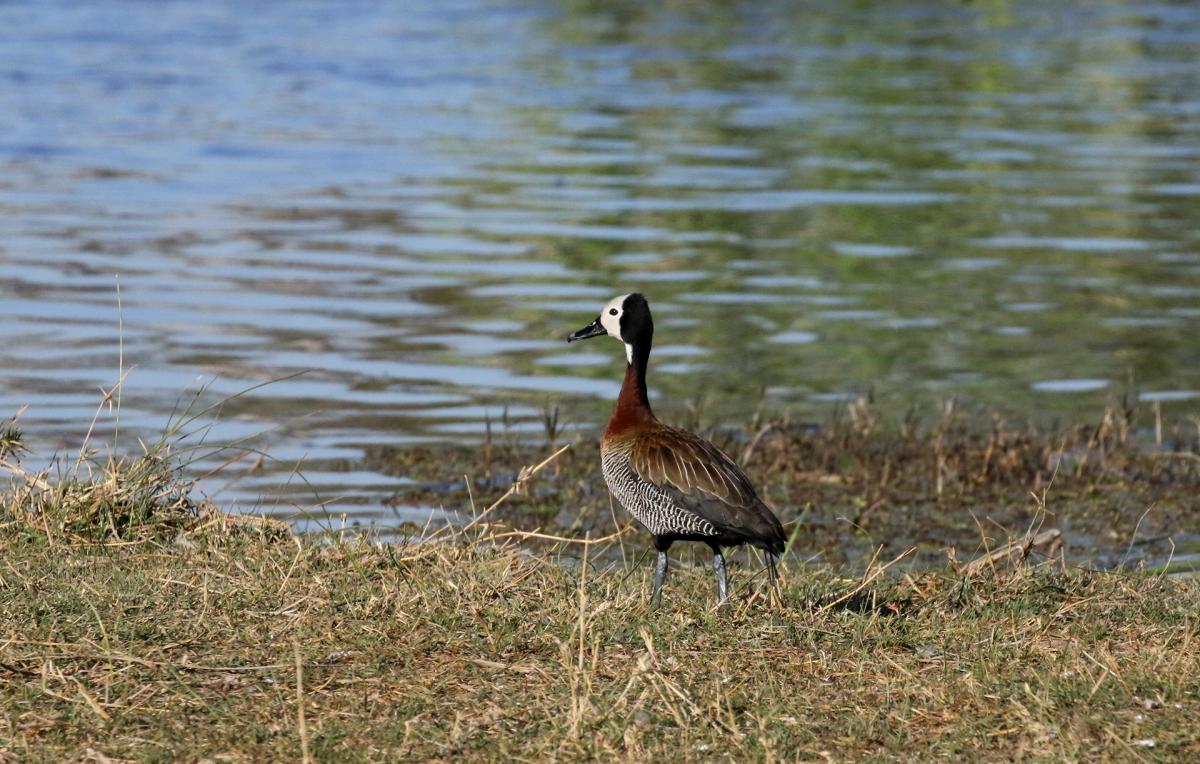