Caption: The Predator Compensation Fund is securing the future for lions in Kenya

Africa is a continent of such incredible biodiversity that there will always be stories of conservation success. Unfortunately, we live in a world that is becoming more and more densely populated by humans, leaving less and less habitat for beloved wildlife. Not only this, but mass deforestation, the proliferation of single-use plastics, and a disregard for our fragile ecosystem have left not just wildlife, but the world we live in, struggling to survive.

Thankfully many organizations in Africa have started up conservation projects to protect our planet and our animals.

It makes sense to start with the single biggest global day that is celebrated, Earth Day. This day encourages people all around the world to make a pledge to improve their behaviors to help the Earth. Whilst Earth Day was originally conceived in Africa, its effects can be felt far and wide.

The Stars Group in the Isle of Man made a huge impact, changing all of their food packaging to biodegradable alternatives, saving around 65,000 single-use plastic food containers. In the US, Coca Cola donated 1000 of their syrup barrels to be used to collect rainwater in states affected by hurricanes.

Gestures from big companies really do have a trickle-down effect. Now even smaller companies and schools are encouraging people to do their bit for nature. 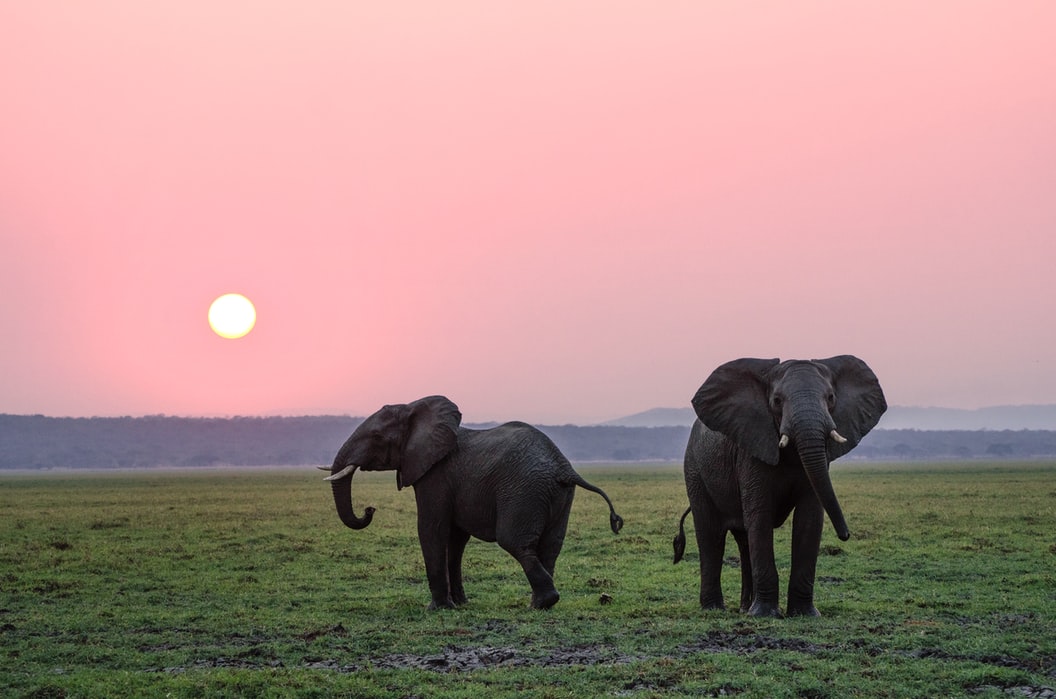 Caption: The population of elephants at Chobe National park is the biggest in Africa thanks to amazing conservation efforts

Africa has a huge area of national parks, but one of the largest is The Chobe National Park in Botswana, covering an area of more than 10,000 square kilometers. The interest that people have in seeing incredible animals in their natural habitat is key to the success of Africa's national parks, and the big draw at Chobe park is the huge population of elephants. Working together with local people and conservation professionals, the population of African elephants has been protected from the threat of poachers and allowed to flourish in this wild, but safe environment.

Conservation programs like this one are essential if we want future generations to be able to marvel at the animals we know and love today. The advantage that these projects have over many others is the ready stream of tourists who are willing to pay to see these beautiful animals. Money from tourism is a huge benefit for projects that work on a charitable basis.

There used to be an enormous problem for lions in Kenya. Around the North surrounding Mount Kilimanjaro, there were less than ten lions still alive in 2003. Unfortunately, lions will kill livestock for food. After all, cows and sheep are slower than their wild relatives, so they make easy pickings. When your livelihood relies on livestock, this can be incredibly frustrating, so many members of the Maasai people would kill the lions in retaliation.

Realizing that this could lead to the total extinction of lions, the Predator Compensation Fund was started. This fund ensures that local people are fully compensated when their livestock is killed by a predator, which includes not only lions but also cheetahs, leopards, and hyenas. The fund has been such a success that the killing of these predators dropped almost overnight by 90%.

While most of us find it easy to be sympathetic to an animal, especially one as majestic as the elephant or the lion, some of us find it a little harder to grasp the importance of plants. The wood from the rosewood tree is the world's most illegally trafficked product by both weight and value. The timber is used to make beautiful and expensive furniture, but the illegal chopping down of Rosewood is endangering the survival of this species of tree.

In an effort coordinated by the United Nations, a project began to protect 21 economically important but vulnerable species of plant and tree. It started in 2017 and will run until 2022, and is already making enormous progress. More trees are being planted in Madagascar every day, in the hopes that a slow-growing forest will one day be available to ensure the survival of the species and create profit through sustainable lumber.