The months from October to December correspond to the transition period between the dry season and the rainy or green season; from the cool winter days it passes to the hot and humid summer days.

Already since October, the mild winter temperatures are now a reminder, the thermometer begins to rise, as well as the degree of humidity.

This is the least recommended period of the year to go to the Okavango Delta, from the point of view of the climate, so that some have nicknamed it the suicide season, but some travelers do not get discouraged, in the end the humidity rate is similar to the one found in many tropical destinations throughout the year.

Rainfall usually begins in early November and continues throughout December; it is generally short stormy weather, even very scenic, with almost sunny days.

With the beginning of the rainy season, if the rains are abundant enough, the animals begin to disperse in the forests of mopane and beyond in the Kalahari basin, reaching the Central Kalahari or the salty expanse of Makgadikgadi, that, thanks to precipitation, progressively fill with brackish water.

On the other hand, the flood of the Okavango records its minimum reach, only the permanent channels still have water, while the marshes and canals gradually drain; during this time it is more difficult to make mokoro or boat safaris, except for rare exceptions in those lodges located on the main canals that have more water.

Although there are fewer animals at this time, sightings are still assured and safari quality is still high, the best thing is to match the Okavango Delta to a visit to Central Kalahari and the salty expanses of Makgadikgadi and Nxai.

In October, temperatures rise steadily, reaching 40 degrees during the day and over 20 degrees at night; the humidity rate rises accordingly; the flood of the Okavango is exhausted, the water is largely evaporated and the vegetation is dry and the animals are concentrated in the few remaining water puddles.

The situation changes rapidly between the beginning and the middle of November when rains begin; the temperatures remain high, as is the moisture rate but strong showers revitalize the vegetation and this allows the animals to disperse on the territory since the sources of food and water are no longer scarce.

This is also the time when palearctic birds come here, after a long journey, in search of a warmer climate where they can winter and reproduce.

With the arrival of the rain, the trees and the bushes flourish, and the breeding season of the puppies of many herbivores including the impalas, the sassabys or tsessebes and the lechwes, begins.

In December rains are more regular, temperatures begin to fall but never below 30 degrees during the day; the meadows become green and lush, as well as the fronds of the trees and shrubs; the herbivorous puppies are weaned in a short time and will soon begin to nourish of the vegetation.

During this time of year it is more difficult to make sightings during a safari both because of the lush vegetation and because the animals are more dispersed in the territory, it takes a bit more patience and leave in search of them. 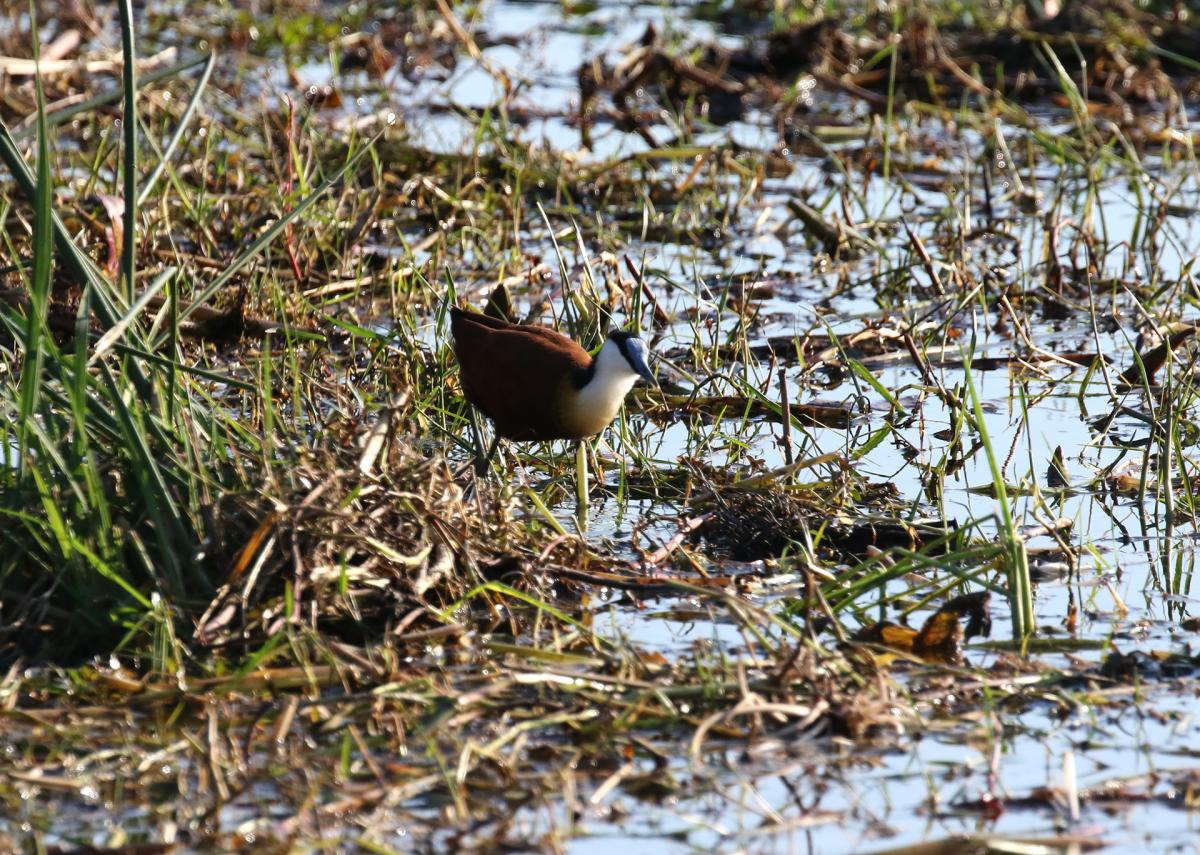