Hadzabe hunter - Photo Credits: Stefania Maggioni
The Hadza, or Hadzabe, are considered by anthropologists one of the most ancient groups of hunter-gatherers of Africa.
Hadza men traditionally hunt for animals and collect honey in March and August, while women gather berries, baobab fruit and dig edible tubers and roots.
The Hadza are allowed to hunt even inside the National Serengeti Park, where any kind of hunting is normally forbidden and illegal, but the Hadza are granted special permits by local authorities.
Their usual preys are small antelopes, wildebeests and baboons; they rarely hunt big preys, like buffalos and zebras, they even gather the carcasses of animals they find on their way.
They move their camps to follow the movements of animals to hunt or to find new fruits, berries and tubers to collect; when they hunt or find a very big animal that is difficult to carry, such as a buffalo or an elephant, they move the camp near the source of food.
In the dry season hunting concentrates around the waterholes, where the animals come to drink, that makes ambushing easier for the Hadza hunters.
The bows and arrows used for hunting are made by the hunters themselves using the tendons of giraffes as strings for bows, while the arrowheads are made of iron and are bought from the Datoga through bartering.
The poison the men smear on their arrowheads is made of the boiled sap of the desert rose, known with the botanical name of
Adenium obesum.
Typically, hunting is a solo pursuit or at least two men are involved, except when hunting wild baboons, that are the most sought after and favourite prey of the Hadza; baboons stalking is a group affair, conducted only a handful of times each year because they are difficult to capture.
Tradition says that a Hadza man cannot marry until he has killed five baboons, as proof of his strength and skills.
The captured preys are taken to the camp and cooked over a fire, without using any cooking pot or metal grids; after cooking, the food is shared by all the group members, who gather and fight each other to get the best pieces in a sort of animal-like feeding frenzy.
Meat is eaten in large chunks, the bones are smashed with rocks and the marrow sucked out, while grease is rubbed on the skin as a sort of beauty elixir.
The baboon’s head is a true delicacy for these people, the eyeballs, the cheeks and neck meat, and even the skin, are eaten first, then the skull is plunged into the fire, when hot, it can be hacked open, this exposes the brains that have a typical gelatinous consistency and are eaten by the Hadza using their hands as if they were spoons.
Women dig edible tubers, gather berries and baobab fruits, used to make very energetic drinks; when they go around for gathering, women are generally escorted by an adult man who protects them against wild animals.
When the Hadza collect honey, they can count on honeyguide birds, with whom they can converse, whistling back and forth.
As the name suggests, the honeyguide bird leads the other animals and the Hadza, in this case, to the beehives, this bird, about the size of a robin, behaves in this way because it feeds on bees and wax contained in the hive, but it cannot open it alone, though it is very skilled to identify the position and hence uses this ability to lead a hunting partner directly to a teeming beehive.
When they arrive to the payload spot, the Hadza hack the hive open, smoke out the bees and free the sweet combs full of honey and bee larvae. The honeyguide bird feeds on the bees, as they fly away, and the wax inside the hive.
The honeyguide establishes this type of collaboration also with the rate of honey, very greedy of honey as well, and who can break the hives, regardless of the bee stings.
This type of collaboration between different species is a typical example of mutual symbiosis.
Besides using the honey as a source of food, the Hadza barter it with the Datoga in exchange for iron arrowheads, coloured plastic or glass beads with whom Hadza women make necklaces to wear or to give to their husbands. 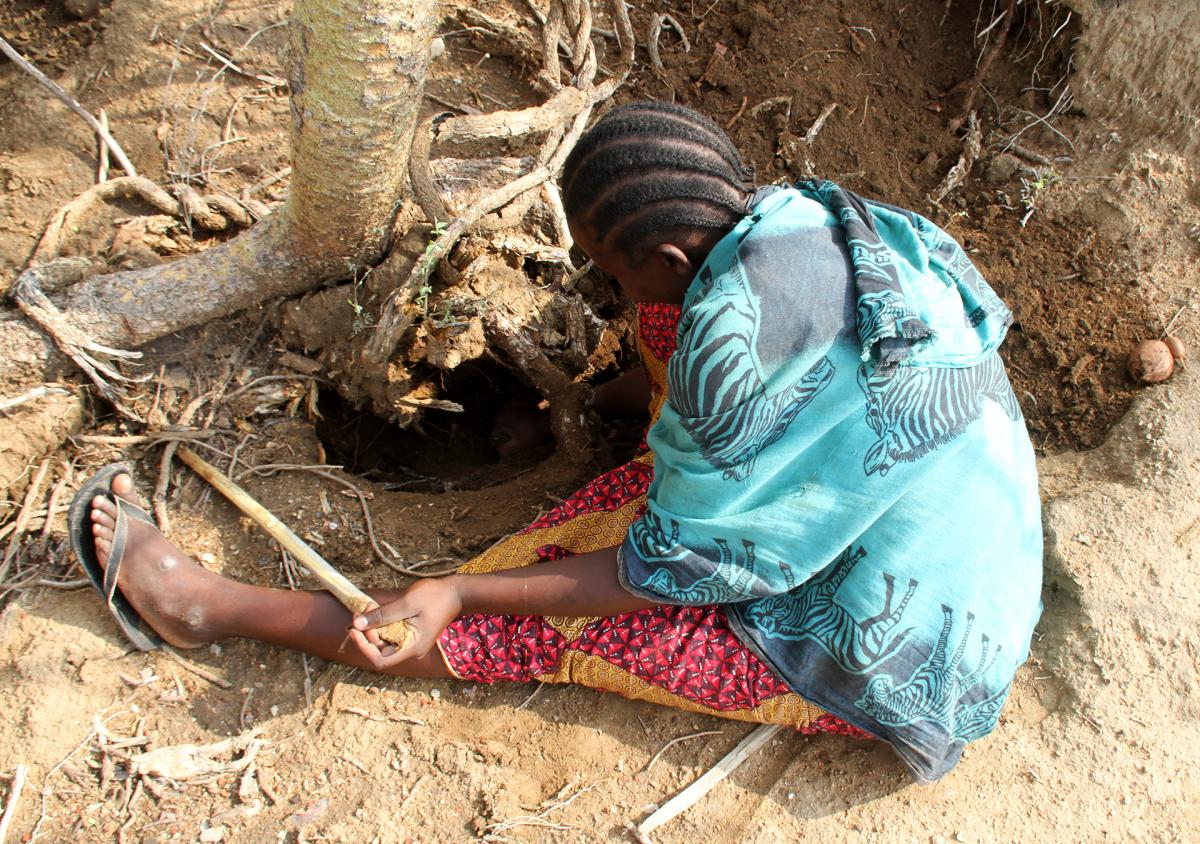 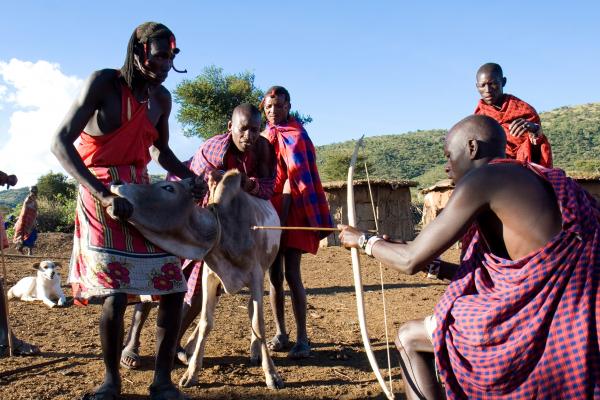 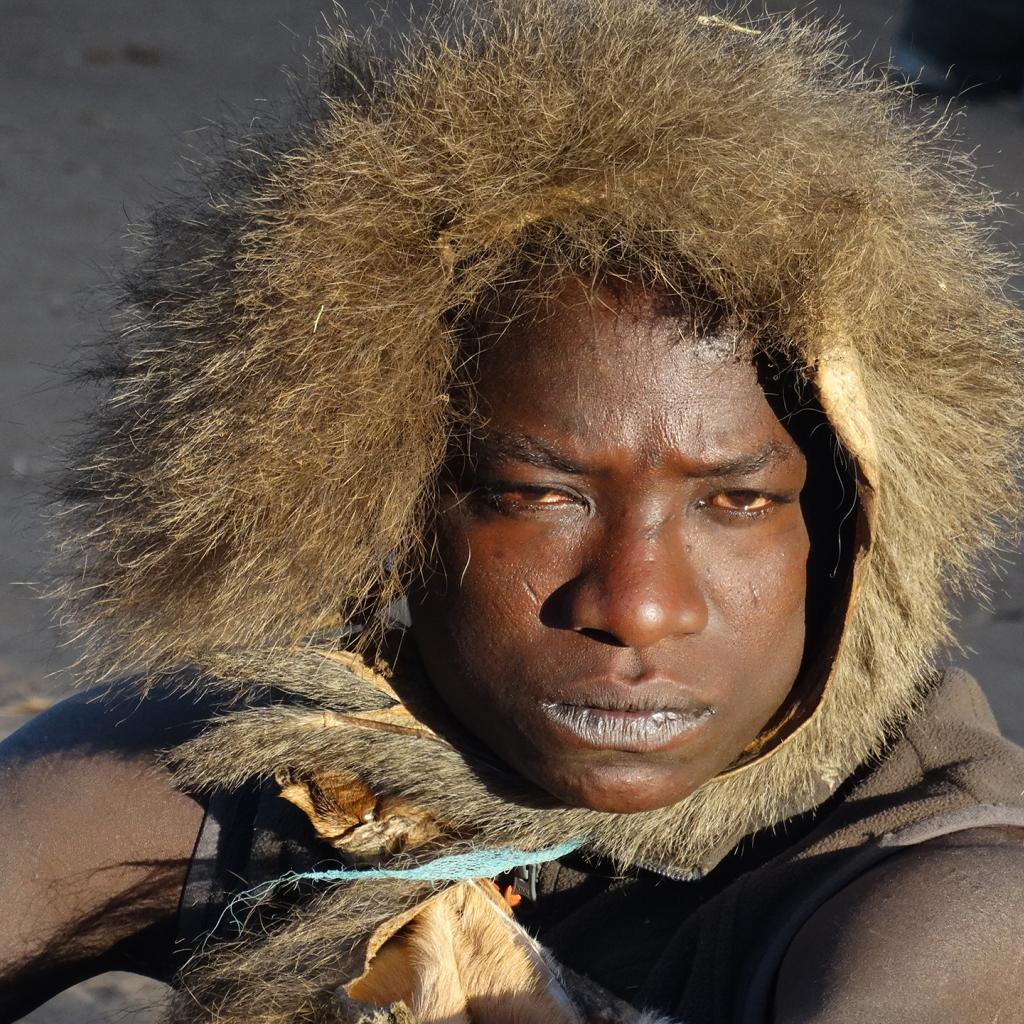 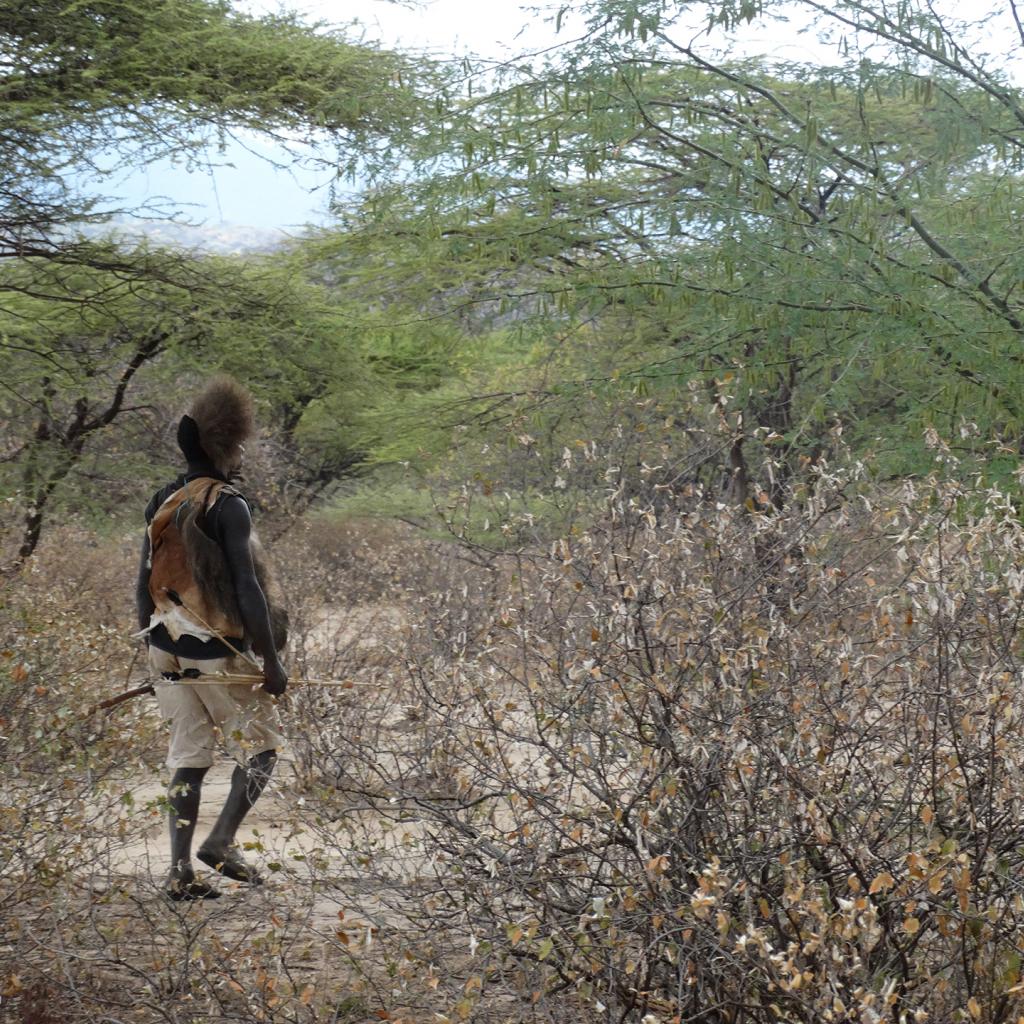 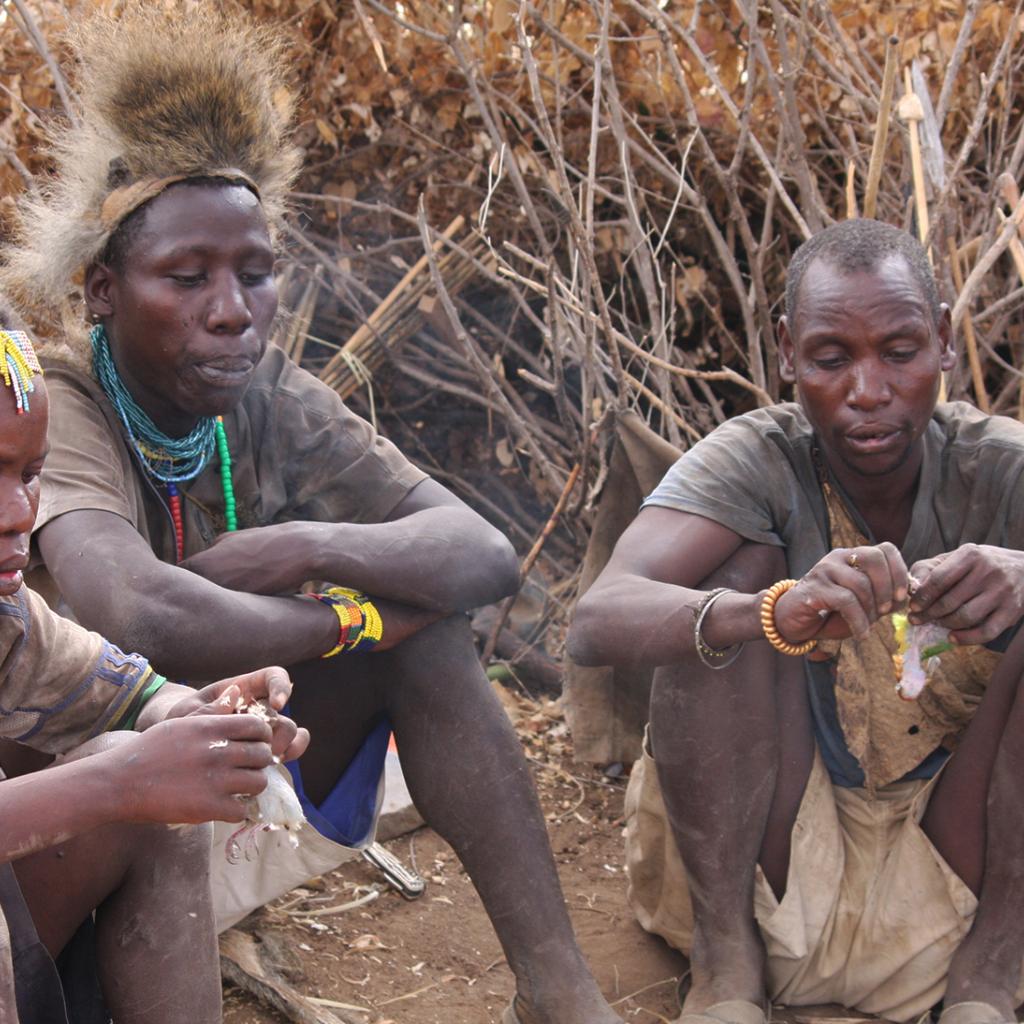