Maasai are used to drink cow blood - Photo Credits: Wendy Lin
Six are the ingredients that go into a Maasai diet, where the cattle play a major role once again; they are: milk, meat, blood, fat, honey and the bark of some trees.
Milk has a prominent role in the traditional Maasai diet, since it is an integral part of almost every meal of Maasai shepherds; it is drunk when fresh, curdled, mixed with tea or in the form of butter; the latter is used to feed children during the period of their growth.
The Maasai usually have a drink obtained by mixing milk with bovine blood; the blood is obtained by making an incision in a cow’s jugular artery with surgical precision, in this way it is possible to collect a reasonable quantity of blood without killing the animal; the wound will heal up within a few days.
Blood mixed with milk is used as a ritual drink in special celebrations or given to sick people to foster the healing process.
Milk is also left to ferment with blood, and sometimes with bovines’ urine; this is done by using pumpkins, emptied of their pulp, as containers; these natural amphoras act as “fermentation chambers” for milk that, thanks to high daytime temperatures, turns into a kind of thick, sour and dark-colored yoghurt, due to the coagulated blood.
Blood is not only drunk fresh or coagulated, it is also boiled and used as an ingredient in soups and stews, where it is accompanied with ugali, a typical dish made from smashed white corn.

The cows are hardly ever slaughtered and eaten, they are usually milked and their blood removed, they are killed only on special occasions, the wealth of a Maasai man is measured by the number of head of cattle he possesses, so meat is never lacking for celebrations.
When an animal is put out, the slaughtering and the skinning are bloody processes, but in Maasai cultures they are nonetheless considered as blessings; when an animal is slaughtered the blood is collected and given as a drink to a moran chosen among the clan; the heart is squeezed and the blood poured into a glass which is later offered to the young warrior.
The meat of a goat or bovine is usually cooked on a fire; men sit together in a hut to eat the best parts while women and children eat separately, settling for marginal cuts; elderly people eat the liver and the kidneys because they are the most tender pieces.
Blood, milk and sometimes meat are obviously not the only ingredients found in Maasai menus, their diet has changed a lot over the years and it now includes large amounts of tubers, honey and vegetables.
The latter are often used to cook soups and stews.
Nilotic Acacia is one of the most used plants in Maasai cooking; its roots and bark are boiled and what is left is drunk on its own or is added to several kinds of soup.
The flavor can be a little bitter but its healing properties are highly effective. It is for example a remedy against dysentery and a treatment for skin injuries. 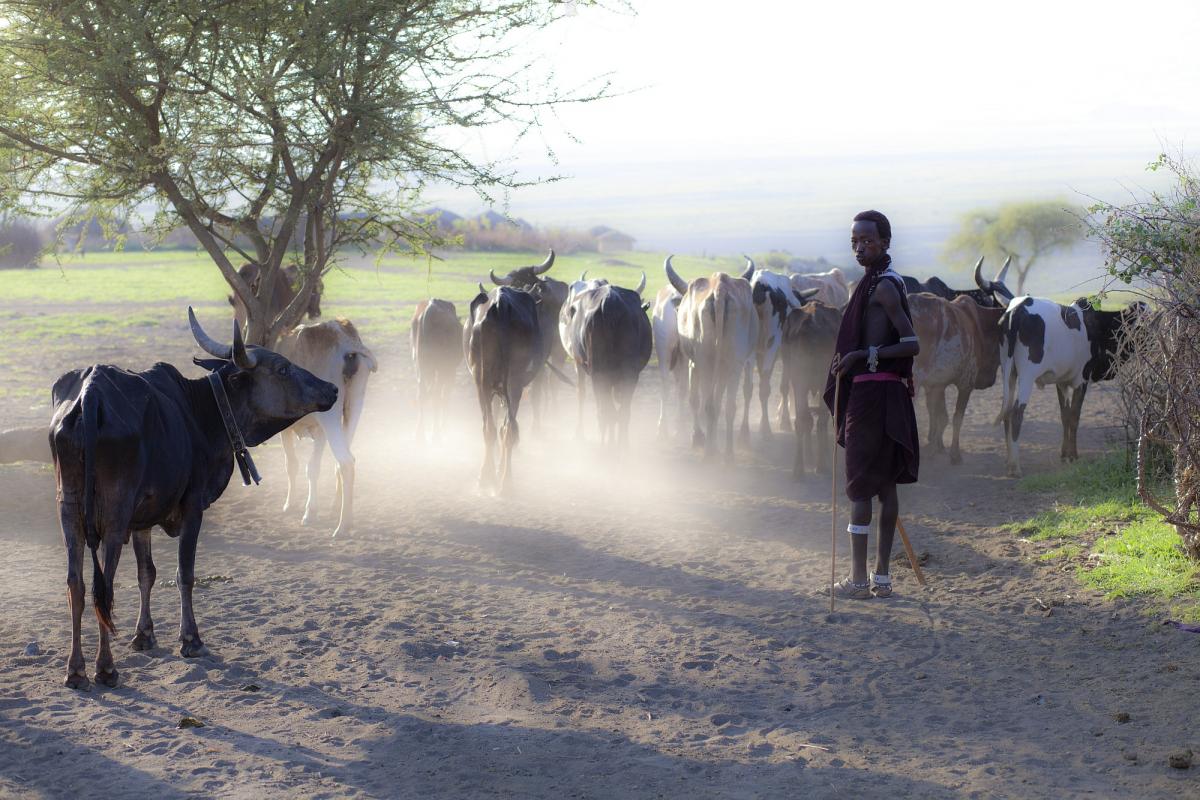