Deprecated: Array and string offset access syntax with curly braces is deprecated in /home/a41t7e0n/exploring-africa.com/sites/all/modules/entity_translation/includes/translation.handler.inc on line 1764
 The story of Lalibela, between legend and history | Exploring Africa

The Ethiopian city of Roha, today known as Lalibela, owes its last name to the king who ruled the country in the 12th century

King Lalibela, a member of the Zagwe dynasty, was the master of the masterpieces found today in the city; it is said that all the medieval rock churches were commissioned by Lalibela.

The events and the life of King Lalibela are wrapped up in legend to the point that it is difficult to separate the real story of his life from the myth.

It is said that at his birth a swarm of bees covered him completely without receiving even a puncture, this fact was interpreted by his mother as an auspicious sign of the future of the child, since, at that time, bees were given the power to predict the future; the future king was thus called Lalibela, that means "bees recognize his power".

Once he became an adult, Lalibela had to face the court intrigues that led him to embrace a hermit's life in Orthodox monasteries and, later, to make a pilgrimage to the Holy Land, to Jerusalem, crossing the Muslim faith territories.

Once he returned home Lalibela became king, succeeding his older brother, and took the name of Gabra Masqal or "Servant of the Cross" and decided to realize his dream: to create a Jerusalem in Ethiopia.

Lalibela decided that in some way he had to bring the splendor of Jerusalem to his homeland, so he began the construction of the rock churches and the necessary infrastructures, also he began to assign to churches and places the same names that are found in Jerusalem, such as the "Church of Golgotha", that now contains the alleged tomb of King Lalibela, the "Church of the Holy Sepulcher", located in the heart of the Lalibela complex, "Yordanos" or "the Jordan River", a name that was given to the stream that divides the two groups of churches, and like the hill that is nearby that was called "Debra Zeit", that means "Mount of Olive Trees".

King Lalibela then realized his dream of creating a place of pilgrimage that allowed the Ethiopian faithful to receive the holy blessing as if they had gone to the old Jerusalem, by now conquered by the Muslims in 1187 and too dangerous to reach.

The small river Jordan separates the two groups of churches, on one side of the Jordan is the representation of the earthly Jerusalem; while the churches on the opposite side represent the heavenly Jerusalem.

Legend has it that the brothers of Lalibela tried to kill him by poisoning him, the future king was in a coma three days and three nights, during which he was transported to heaven where God and the angels asked him to build churches carved in solid rock.

The churches had to be dug under the surface of the ground so that not even a pillar or an arch were visible until the pilgrims arrived near the excavation containing the churches.

The culmination of this angelic project would have been a church carved into the rock even larger than the temple of King Solomon whose son, born from the queen of Sheba, Menelik, had been the first ruler of Ethiopia.

Several legends surround the creation of these churches, one of which related to the time taken to build sacred sites: men are said to have worked during the day and angels accelerated construction during the night.

According to historians the construction was completed at a remarkable pace, they were employed around 23 years, thanks to the work of numerous artisans and sculptors who came here also from distant lands to give life to the divine project.

Another myth, that surrounds this sacred place for faithful Orthodox Christians, is linked to the church of St. George; legend has it that the saint was enraged at the king because there was no church dedicated to him and that he directly supervised the work on his "House".

In reality, observing the style with which the various churches were carved and sculpted, some historians question the fact that they were built in such a short time; in particular some churches present architectural elements typical of the period of the reign of Axum, that is prior to the period in which the Lalibela kings lived; others say that artisans and sculptors, coming from different places, may have been influenced by different styles. 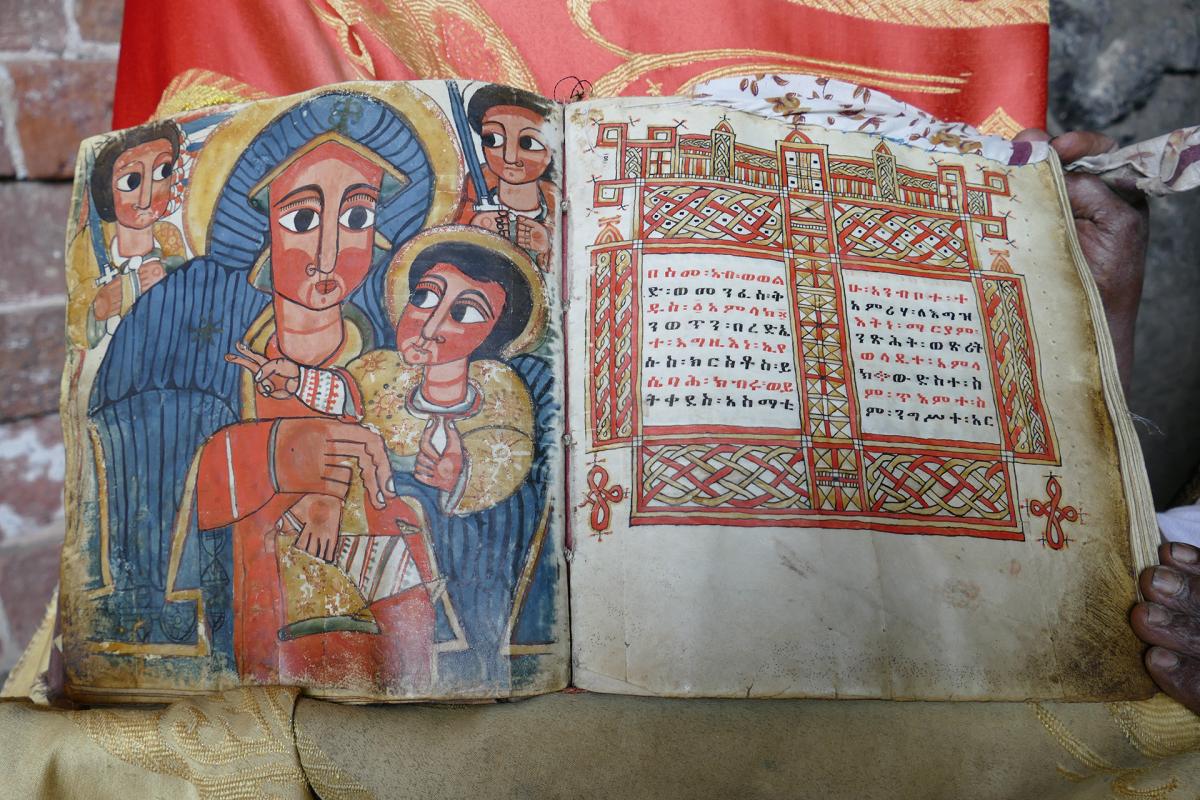