Ghana is a country where it is possible to meet populations who still live according to ancient traditions, attend voodoo ceremonies and other tribal rituals, get to know one of the most powerful African kingdoms, visit the castles dating back to the colonial period and the sad slave trade, walk in the Kakum Rainforest and make exciting safaris.

Ghana has a rich history and preserves ancient castles and forts that were used, during the period of the slave trade, as deposits for slaves and other merchandise.

The Cape Coastcastle, built in the 16th century, and later renovated and extended, served as the basis of the British administration of the Gold Coast until 1877, when it was moved to the Christiansborg Castle in Accra.

It is possible to visit the Cape Coast fort, it is interesting and shocking to find out how slaves were treated, practically like any other commodity; they were crammed into the dungeons and kept in inconceivable hygienic conditions before being "shipped" to the Americas.

A little further to the West lies the castle of Elmina, the first Portuguese settlement established in Ghana.

The construction of the castle dates back to the second half of the fifteenth century and today has been transformed into a small museum after a careful restoration; it is one of the main testimonies of the horrors of the slave trade.

Kumasiis the ancient capital of the Ashanti kingdom, one of the most powerful African kingdoms until the nineteenth century; the social organization of the Ashantiis centered on the figure of Ashantehene, the king of all Ashanti.

In the past the Ashanti were the lords of commerce and gold, they had so much gold that they used it as an integral part of their attire during ceremonies, they made fantastic jewels that were, and still are, known throughout West Africa.

An unforgettable experience is the participation in a typical Ashanti funeral, where family members, friends and acquaintances of the deceased intervene wearing their traditional dress, a large red or black cloth worn like a toga.

Accra, the capital of Ghana, is an effervescent city where music is always present, from the streets to the trendiest restaurants and discos; but Accra was also the historical capital of the Golden Coast, the place where the first European colonizers settled.

The city preserves beautiful examples of colonial architecture and the forts built by settlers, such as Fort James, built by the English in 1673, on the site of a former Portuguese castle, and Ussher Fort the oldest fortified building in the city, built by the Dutch in 1642.

The district of Jamestown, that takes its name from the castle, is a fishing village, now incorporated by the city of Accra, in continuous development; despite this, the village retains its charm and the activities that take place there.

The fishermen go out fishing on colored pirogues, facing the waves of the ocean, and, on their return, the women take care of cleaning and smoking the fish, using huge smokers, made from iron barrels.

The smells are intense as well as the life of the village, where there are no paved roads and, while the children play on the beach, the men are responsible for mending fishing nets and boat maintenance.

In Ghana there are many populations and ethnic groups, besides the Ashantithere are the Ga,the Dagomba, the Konkomba, the Lobiand the Gurunsi; they are interesting tribes to visit as they have maintained and preserved their traditions and ceremonies.

But Ghana is also a lot of nature, there are 16 protected areas, covering a total of 6% of the country's territory.

The most important naturalistic area is the Mole National Park, that is located in the Northern plains of the country and has a savannah landscape with buffaloes, monkeys, antelopes, lions and elephants; you can make safaris both by car and on foot, here you can also camp for the night in the savannah.

The Kakum National Parkis located in the rainforest area, thanks to the canopy of Kakum, a bridge of ropes secured to steel cables and positioned at a height of 30-40 meters, you can admire the pristine forest from above, the Kakum's canopy represents the longest and tallest bridge of its kind in the world.

The sacred forest of Fiema Boabenghouses the monkeys Monaand the Colobus, species considered sacred by the local population; you can closely observe these cute creatures that do not fear man, so as to enter homes and cars. 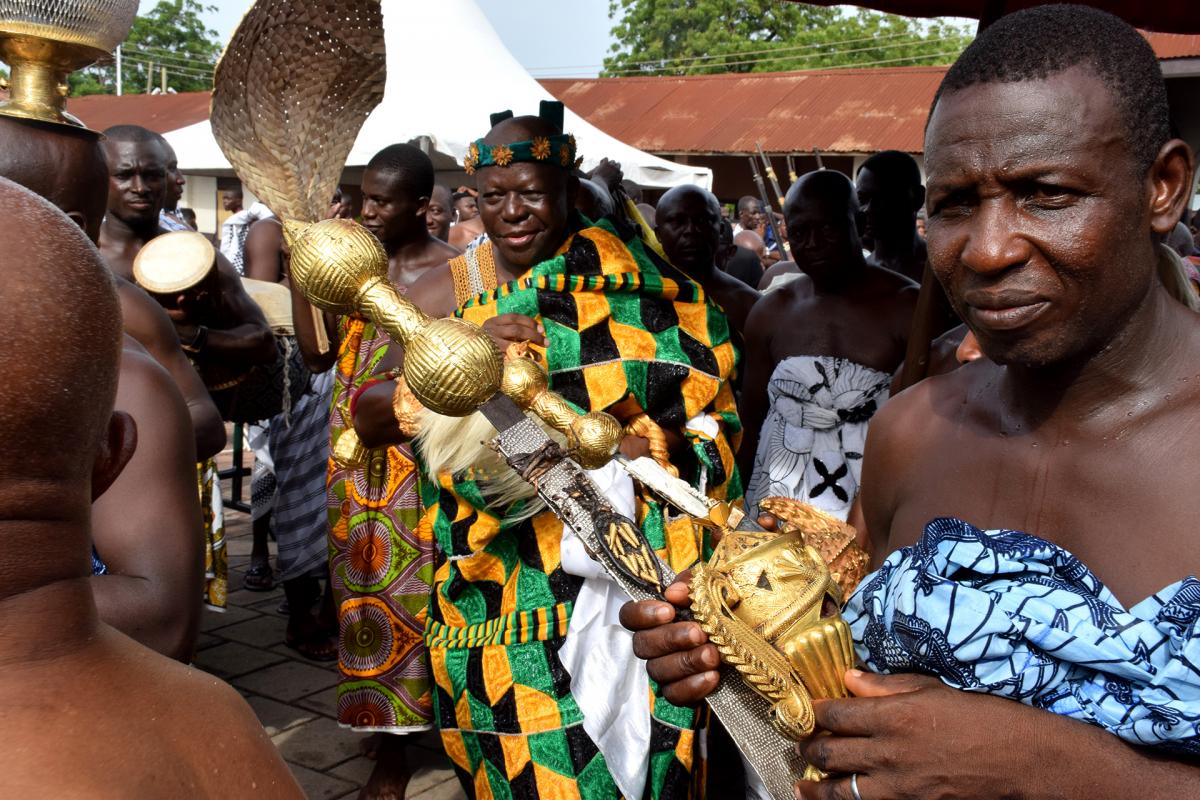 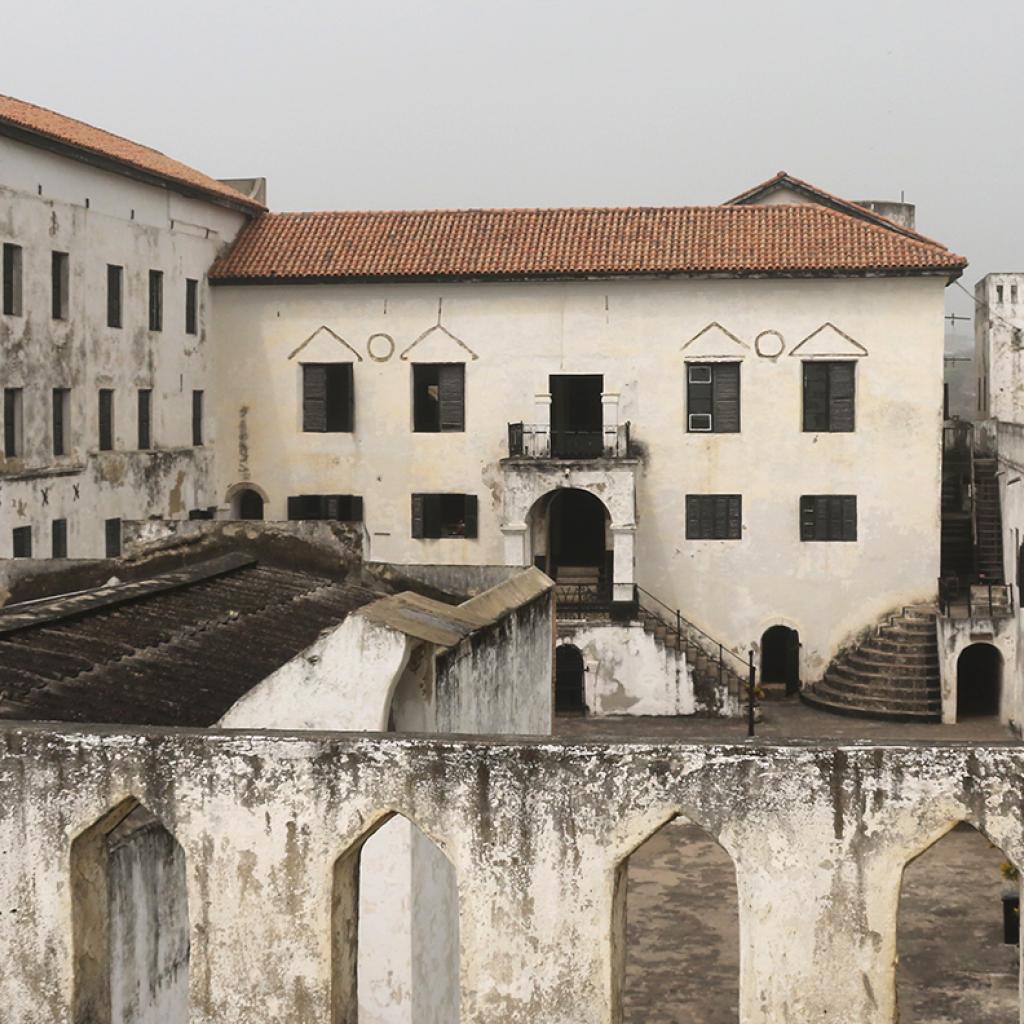 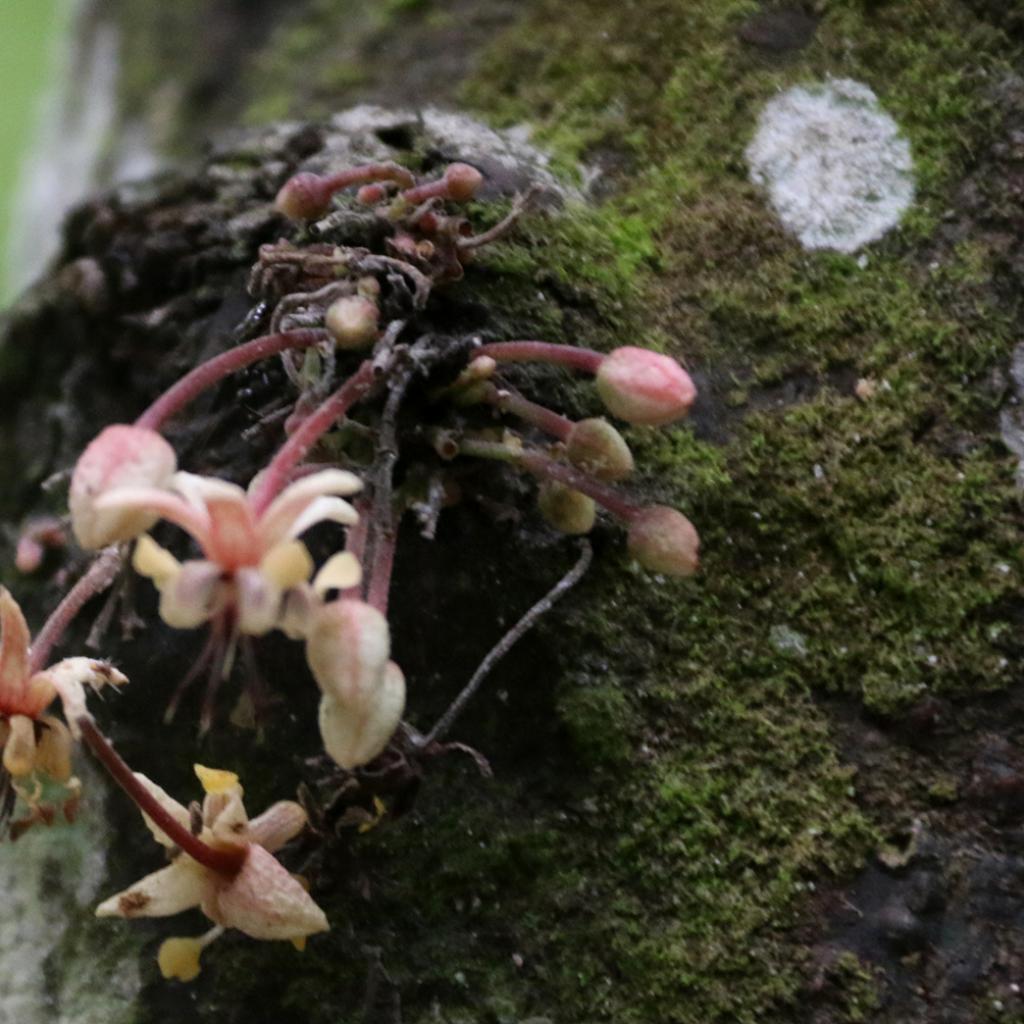 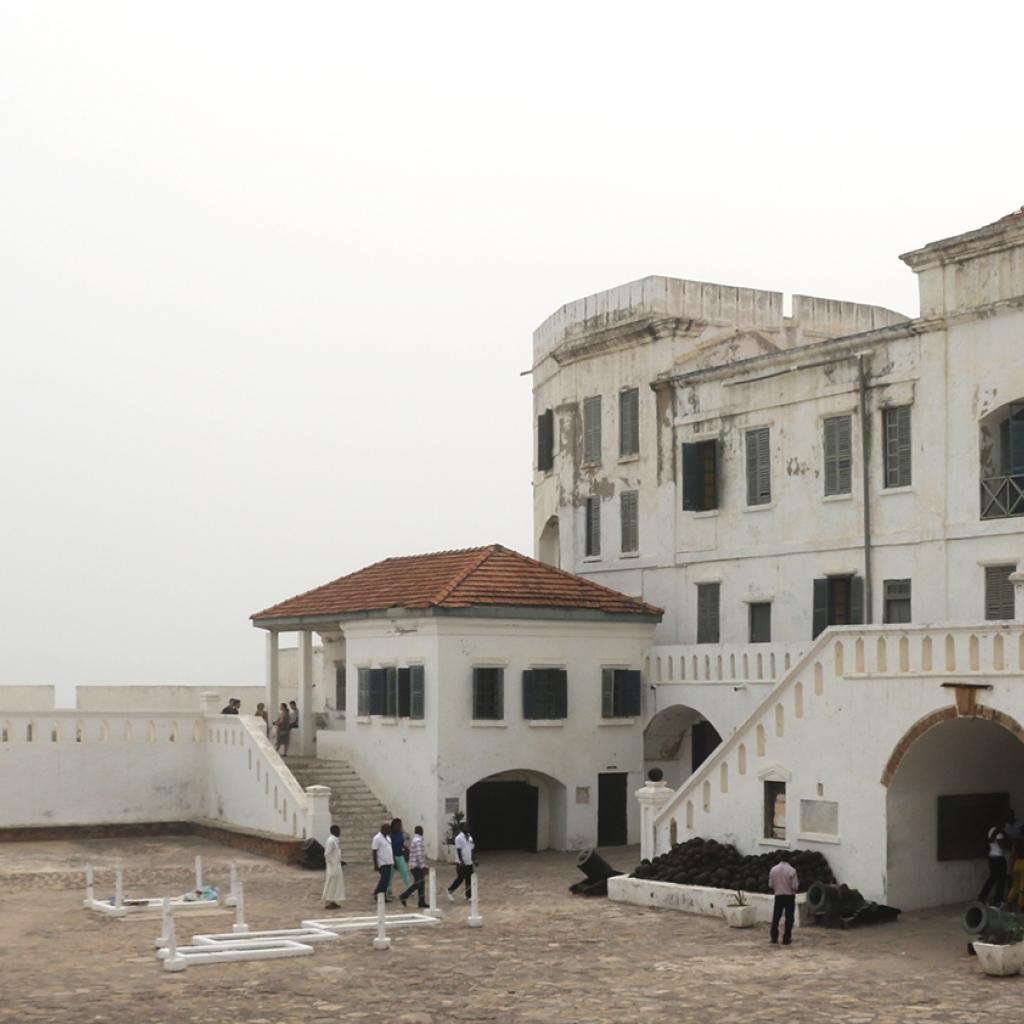 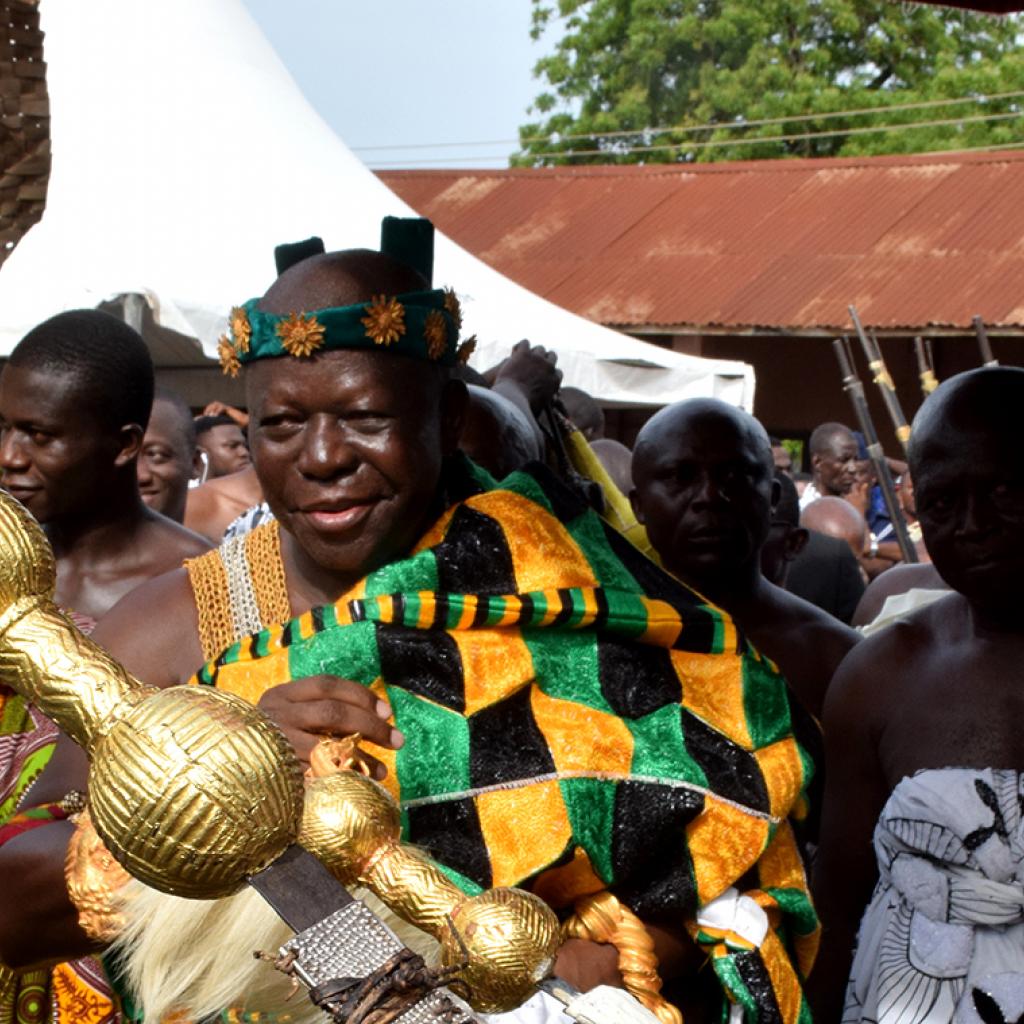 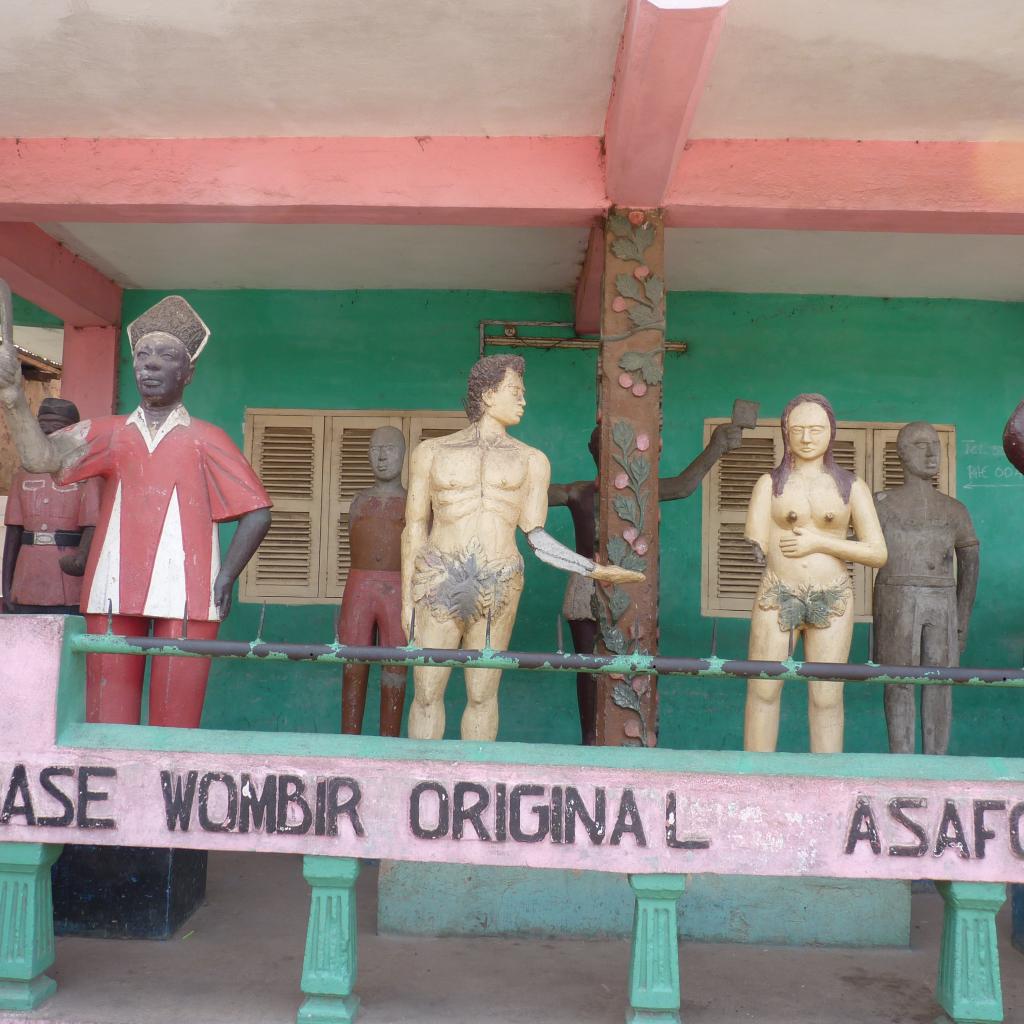 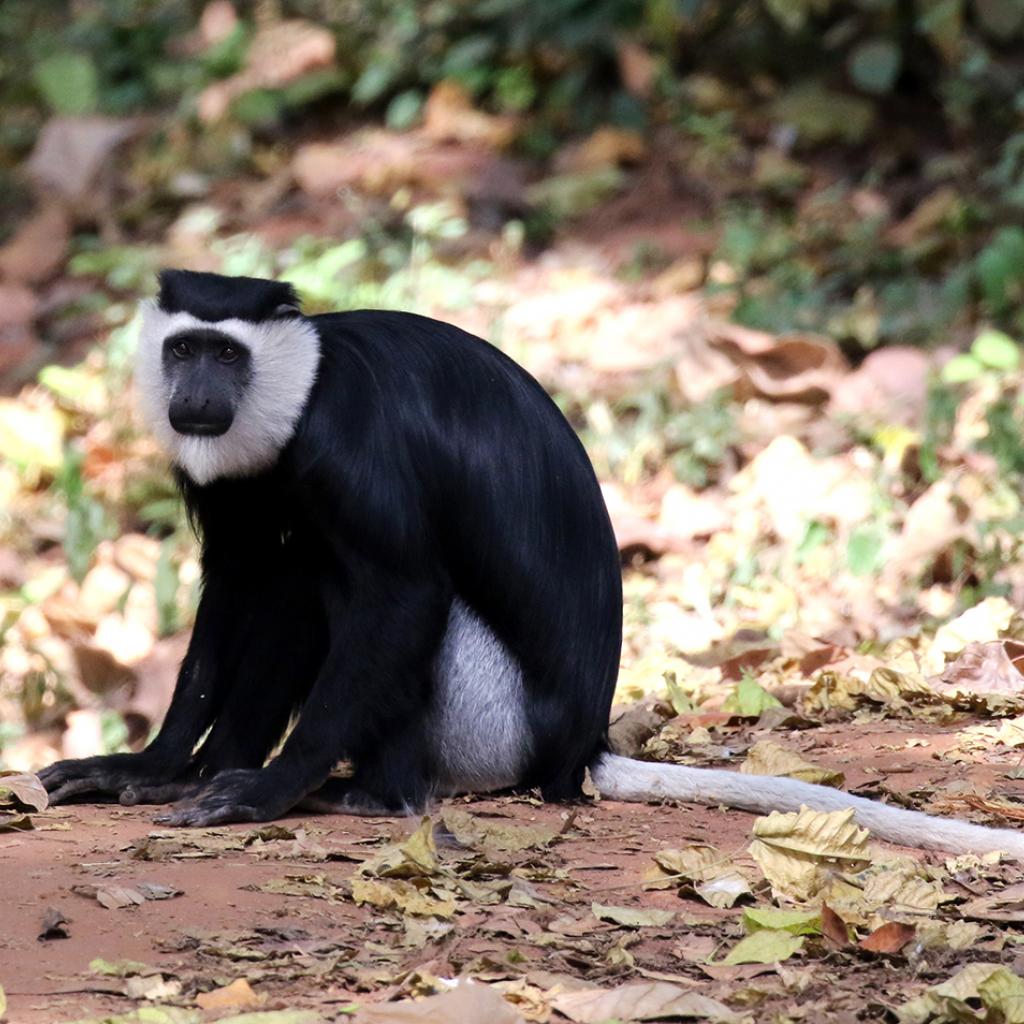