Did you know that a Cheetah has the sprint of a sports car? 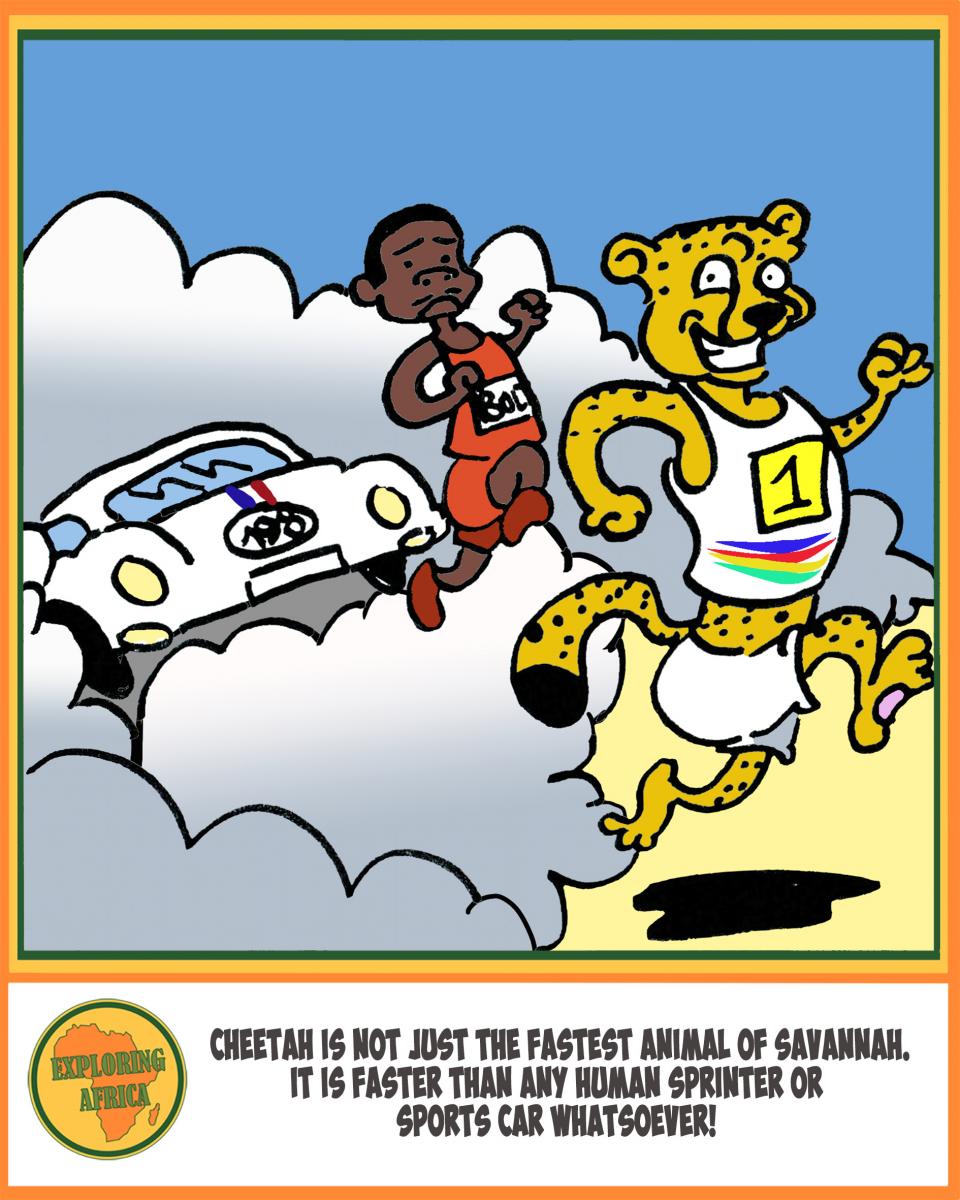 The cheetah is a feline that lives in the large expanses of the African savannah, it belongs to the family of big cats and is a very elegant animal with spotted fur; but the feature that makes the cheetah unique is its incredible speed that makes it the fastest mammal on earth.

The cheetah's body, agile and slender, is designed for speed: its legs are muscular, slender and long, its claws are semi-retractable, its chest is wide and its spine is very flexible, the head small and rounded on a long neck, the special pads of the legs that allow a perfect adherence to the ground and an aerodynamic body structure that is perfect for running.

The semi-retractable claws together with the structure of the foot pads, less rounded than the legs of the other felines, and harder, allow the feline to have greater adherence to the ground and impart greater strength.

The long muscular tail of the cheetah is also essential to steer sharply and quickly change direction while running; in fact, the tail works like a rudder and a stabilizer, making it swing, even quickly, the cheetah uses the tail as a counterweight to its body weight when it is running to maintain the attitude.

The length of the cheetah's stride, when it runs at its maximum speed, is 7 meters, this means that the animal seems to "fly"; moreover, when it rests its paws on the ground its flexible spine allows it to position its hind legs in front of its front ones and this allows it to give itself greater impetus for the next leap.

However the cheetah can only run short sprints that usually last from 20 to 30 seconds, the energy required to run at this speed is very high and, if the hunt is unsuccessful within a maximum of one minute, the cheetah must give up the chase.

When the cheetah takes off in pursuit of a prey, it uses a type of muscle fiber called "rapid" and consumes Atp molecules, adenosine triphosphate, a type of fuel that runs out quickly during anaerobic-type efforts such as sprinting; once this energy is finished, even the most performing specimen is forced to slow down or stop.

The cheetah has a slender and long-limbed body, but it is its very large and capacious chest to accommodate huge lungs that, together with the large nostrils, allow it greater oxygenation.

The cheetah also has a large heart and a circulatory system with strong and resistant arteries and veins,able to withstand the high number of heartbeats and high blood pressure; all this means that the circulation of oxygen through the blood is very effective and therefore allows a rapid and prompt physical response.

Until a few years ago it was believed that the cheetah could not run at high speeds for a long time, during chases, because its body overheated too much, due to the energy that it burned to perform the sprint, it was thought that the body of the cheetah reached temperatures of around 41 degrees; but recently new research has denied this thesis.

It has therefore been shown that, despite the high speed and sudden acceleration, the cheetah does not undergo as much overheating as previously thought.

The reason for the increase in the temperature of the cheetah, that sometimes occurs, instead would be caused by another factor: stress.

The cheetah has a perfect body to reach high speeds but they are not equally strong so it can often happen that they are overwhelmed by other predators that can easily steal their prey.

The cheetah cannot consume its prey immediately after the hunt since it needs to recover the forces and energy burned during the race; in this period, that usually lasts about half an hour, this cat is extremely vulnerable to other predators, that could take advantage of the situation and steal their prey in a moment of weakness in which it would not be able to defend itself.

The forced rest after the hunt is mainly due to the high heart rate that the animal reaches during the chase: from 200 to 250 beats per minute, against a range going from 120 to 170 beats per minute.

Once the cheetah has rested, it will quickly eat its prey, since, being unable to defend it from other predators, the only way they have to defend their food is to ingest it.

Unlike other big cats, the cheetah is a diurnal hunter, usually hunting in the early hours of the morning or in the late afternoon, but it can happen to see them hunting also in the central hours of the day.

Usually the cheetah uses termite mounds and small hillocks to have an optimal observation point for spotting prey in the distance and, subsequently, it gets very close before shooting in pursuit.

Binocular vision is a very important resource since the cheetah relies on its own sight to be able to hunt; the retinal fovea of ​​the eye of this feline has an elongated shape, this allows the animal to have a clear wide-angle vision, this aspect of the eye is an adaptation to the speed of the race during hunting.

On the cheetah's muzzle, under the eyes, there are two vertical black marks, they almost seem like tears; their function is to reduce the reflection of sunlight and help to give the animal an excellent view, even in the central hours of the day.

If you find yourself in front of a cheetah then the worst thing to do is to run away, you will not have the opportunity to sow it even if your name is Usain Bolt, luckily it is the most docile of the big cats and the aggressions against men are very rare and are usually only for defense. 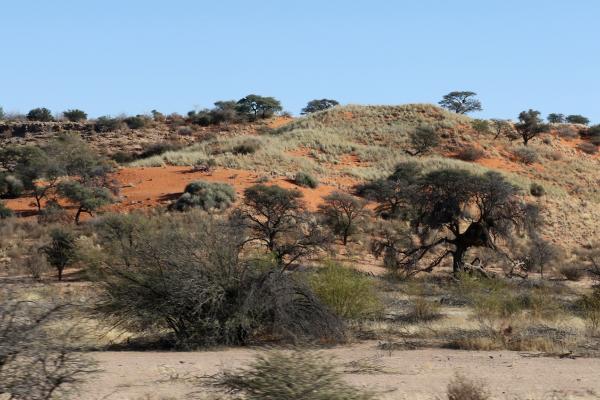 Towards the Kgalagadi Transfrontier Park