The Dorob National Park, Cape Cross and the Zeila shipwreck

Technically, the Dorob National Park is still part of the Skeleton Coast, even though it is outside the infamous Ugab gate with the skulls, and, witnessing its danger, on its coast there are several wrecks of some ships that were stranded here.

We are on the C34, coming from the North and from the Skeleton Coast Park, and heading to Swakopmund; here the sand dunes can only be seen in the distance and the landscape is more monotonous, so the terrain is less slippery and we proceed at a more sustained speed.

Along the way there are several signs indicating the points where you can go down to the ocean to fish, obviously we are not interested in this activity, but we encounter several fishermen’s cars and you can see them along the wetland with their long rods. 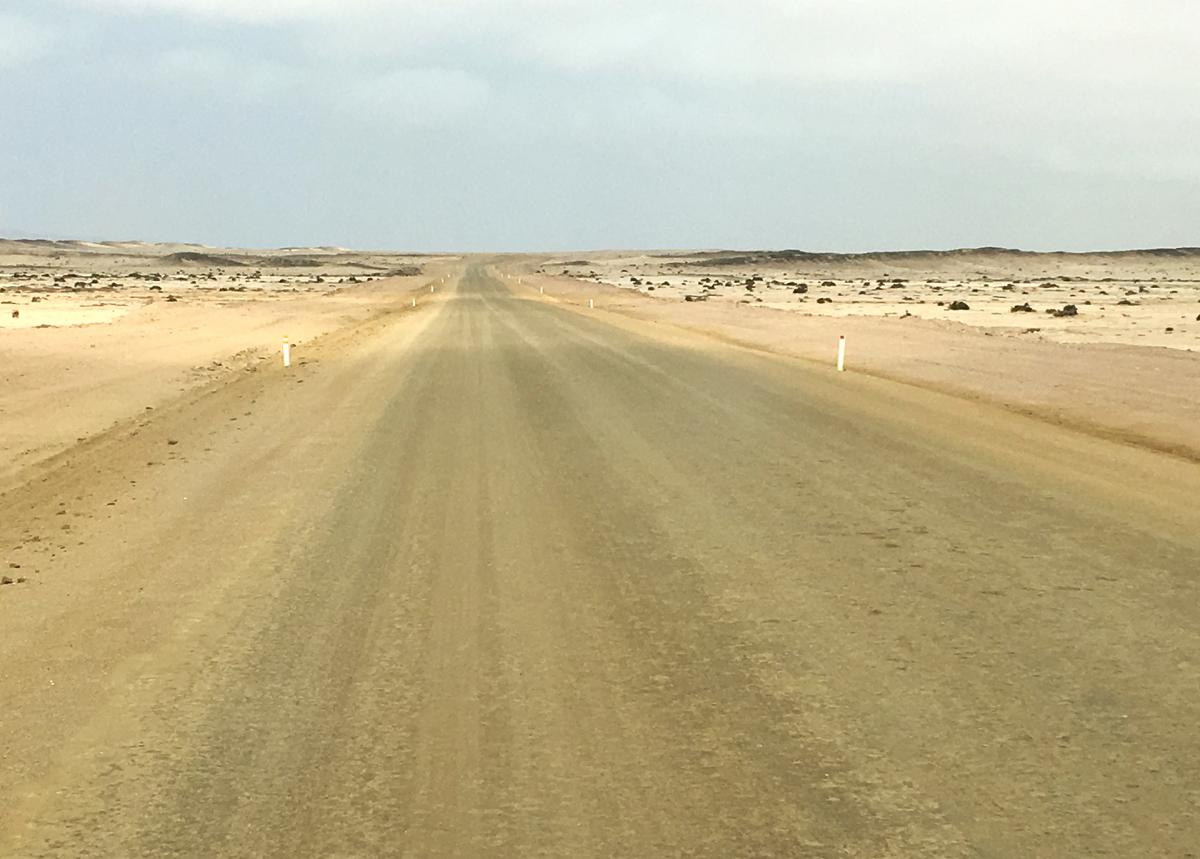 We take a detour to go to the Cape Cross Seal Reserve, the reserve where, as it is also the case with the name, there is an enormous colony of sea lions; we drive down the promontory leading to the colony, pay the entrance fee and arrive, after a few hundred meters, to a parking lot.

We expect to see them on the beach or on the rocks in the vicinity of the water and instead they are everywhere, practically in the parking lot.

They are a lot and very noisy and too nice, many are in the water to fish and, when they come back on the beach, pass over those that are stranded to rest, with the consequent anger of those that remain crushed; there are also many puppies, many of whom take milk from moms, they are too beautiful.

We drive along the elevated wooden walkway that allows you to get closer to the coast and the sea lions, but without disturbing them and without running the risk that, feeling threatened, they attack. 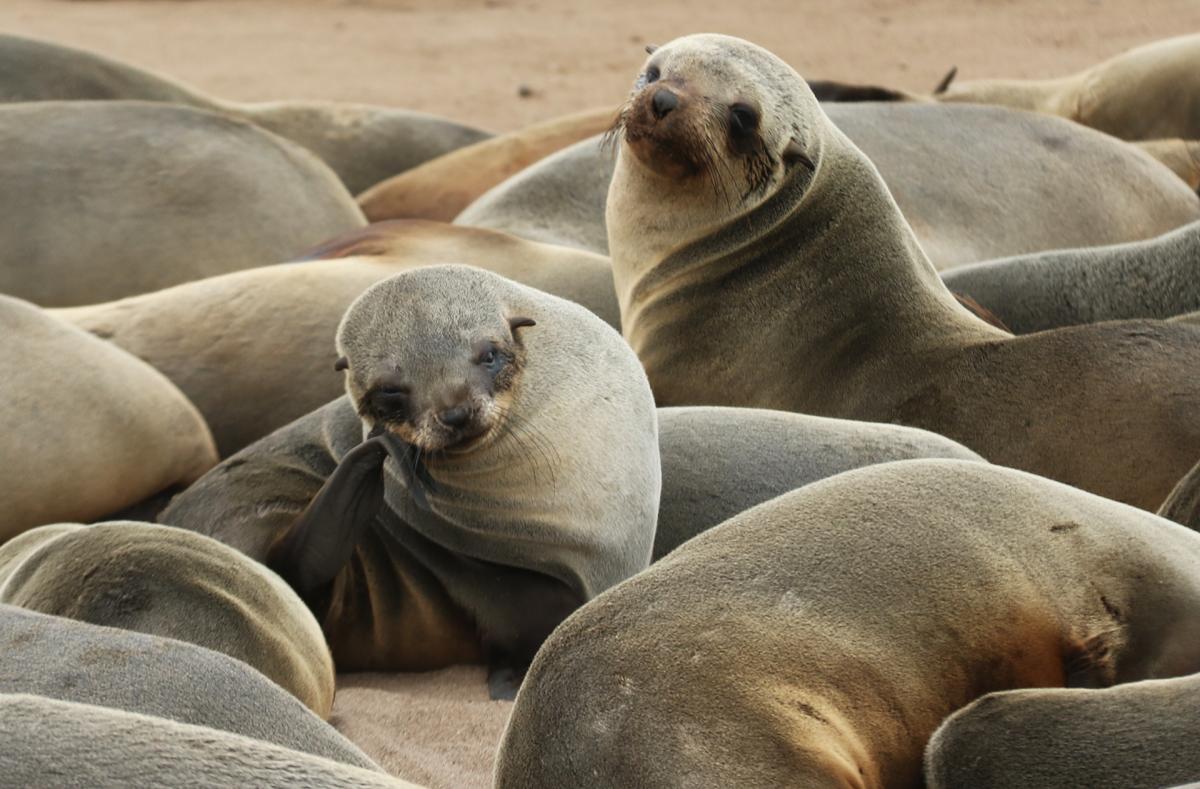 There are also several seagulls trying to exploit the situation for banqueting, but they are punctually driven away by the sea lions.

There are not many visitors, maybe most come here in the morning from Swakopmund, better so, like this we are almost on our own.

From here we continue our journey along the C34 and arrive at the Zeila wreck, a fishing boat from Angola that ran into these waters a few years ago; members of the crew were all saved, but the ship remained stranded here as a warning to those who do not take seriously the warnings of danger of the Skeleton Coast. 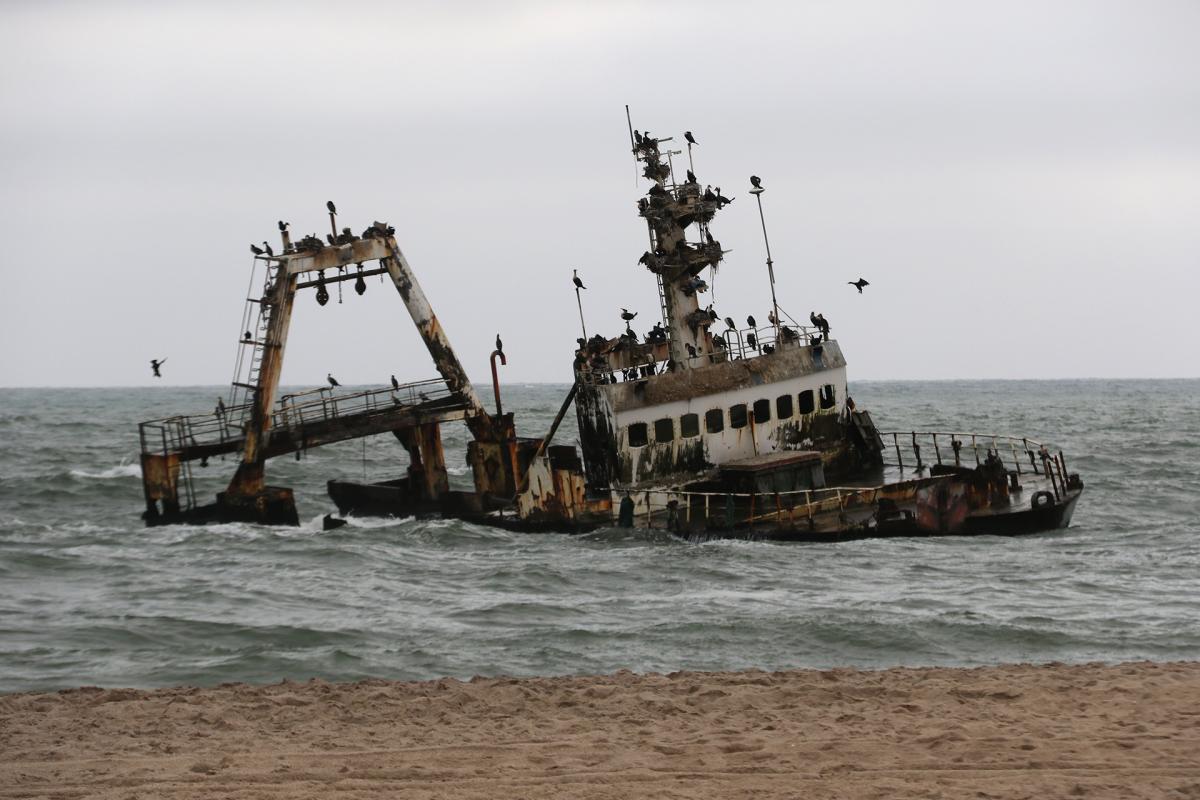 On the mainmast and on the structure of the ship a few African Darter now have nested, probably these birds did not believe to have found a place to build their nests well away from predators; often what is a harm for someone is an advantage for someone else.

From there we continue and soon after we arrive in Swakopmund, our destination for tonight; we made an amazing trip today along the Skeleton Coast.