Deprecated: Array and string offset access syntax with curly braces is deprecated in /home/a41t7e0n/exploring-africa.com/sites/all/modules/entity_translation/includes/translation.handler.inc on line 1764
 The gorges of the Victoria Falls | Exploring Africa

The Victoria Falls are located along the Zambezi River, the fourth river of Africa by length, its reach, especially during the rainy season, is impressive: 9,100 cubic meters per second, and it is even more impressive that all this water, once precipitated from a height of over 100 meters, channels itself into a rocky gorge, the First Gorge, only 110 meters wide and 150 meters long.

After passing the First Gorge, the water continues its path, wandering through the basalt walls of the successive gorges that have been formed by the retreat of the waterfalls over the millennia and also by the erosion of the river water.

The Zambezi River, with its strength, managed to push through, digging a path between the hard basaltic rocks that had previously solidified in this area following a volcanic eruption in the Jurassic period.

Water enters the Second Gorge, the second throat, turning to the right and, consequently to this curve and to the power of water, in this point has dug a deep pool called the Boiling Pot.

It is possible to get down till this point, on the side of Zambia there is a 150-meter-long path that goes down the wall; during the dry season the surface of the water is smooth and the river flows quietly, while when the river is full the water in this point is tumultuous and forms large reels and looks like a huge pot with boiling water.

It is not uncommon to find here some objects that accidentally fell into the Zambia River along its course from the source to the Victoria Falls, sometimes it is also possible to find a hippo or crocodile that, careless of the danger, has approached too much the edge of the falls and is fallen into his throat.

Here, several birds of prey nest on the rocks of the gorges, among them you can spot the Taita falcon, the Verreaux eagle or black eagle, the peregrine falcon, the augur buzzard; there are also herons, African fish eagles and various aquatic species.

There are 39 species of fish in this section of the Zambezi River, while in the upstream part of the falls there are 89 species.

The main gorges of the Victoria Falls

In all seven previous waterfalls have occupied seven gorges downstream of the current waterfalls over the millennia, and the Devil's Waterfall on the Zimbabwe side is the starting point for the creation of a new waterfall; also, overflying the waterfalls, you can notice the possible positions for future waterfalls.

Overall, the gorges design a 150-km zigzag path through which the Zambezi River runs. 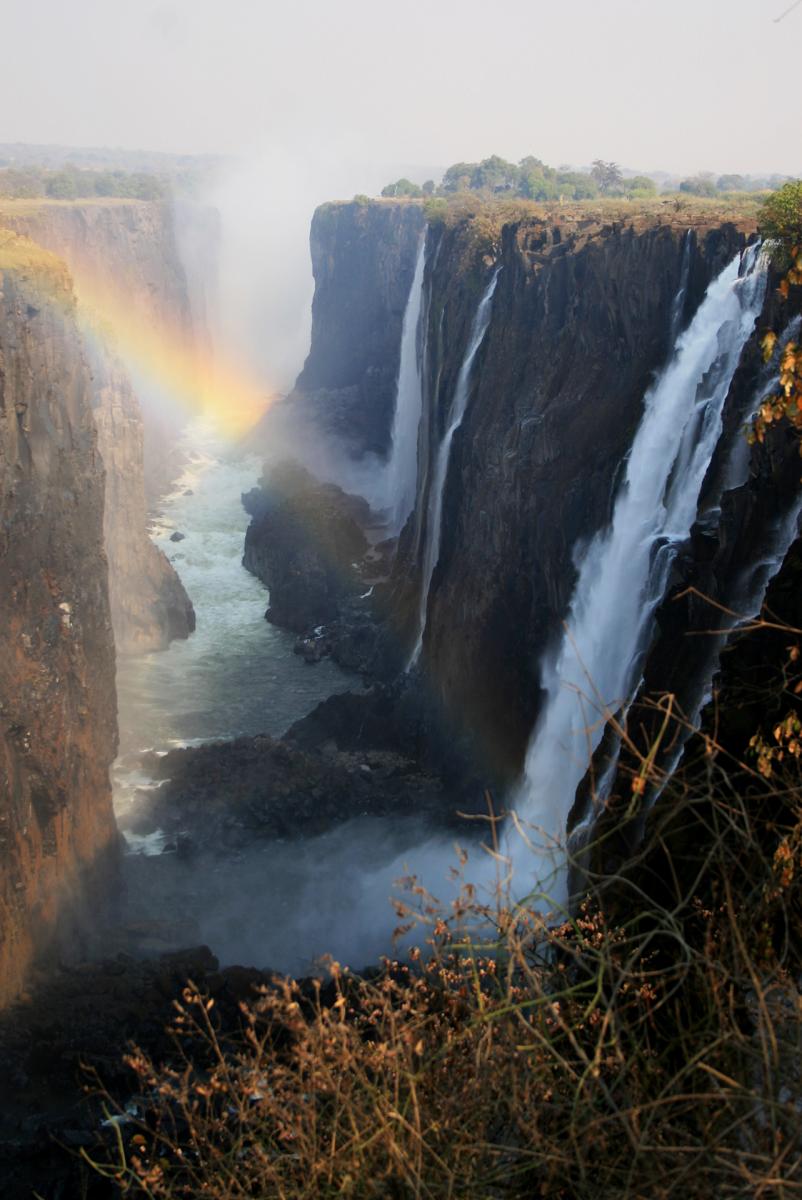 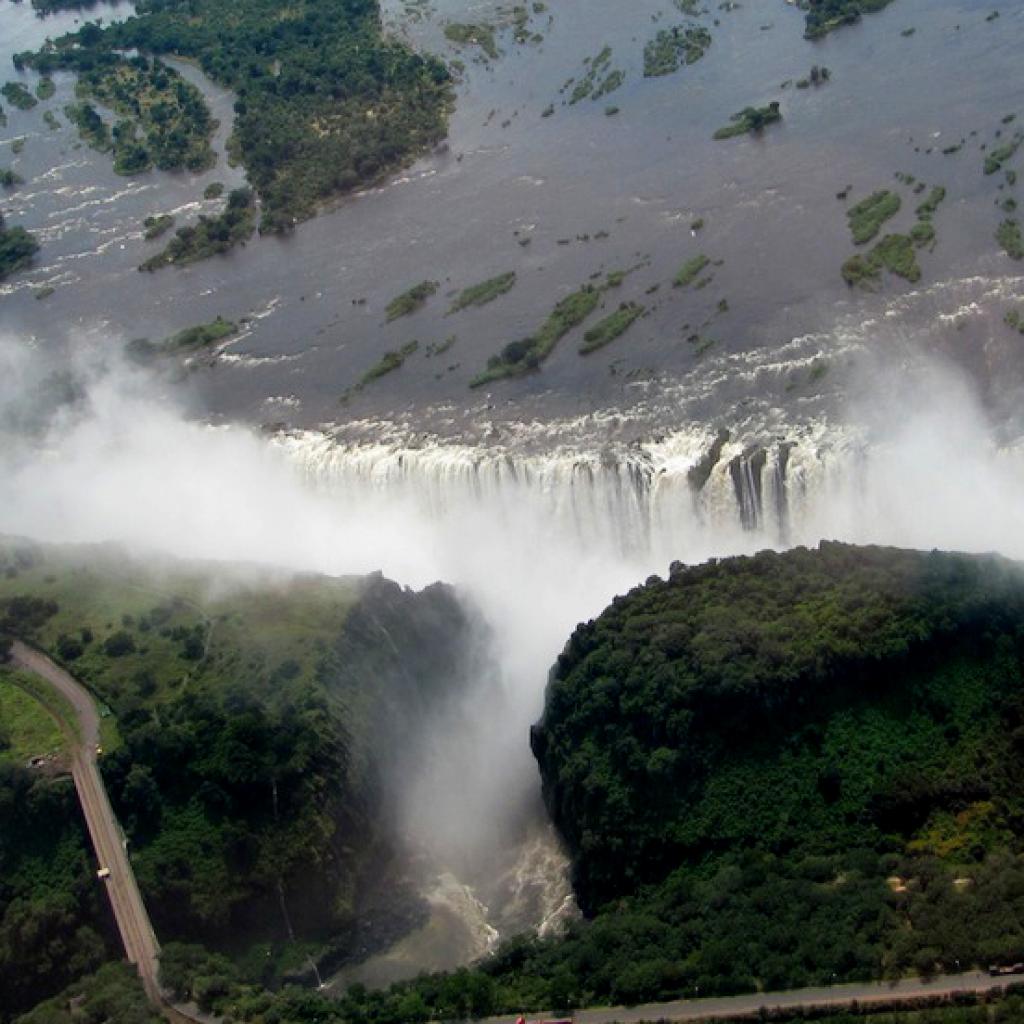 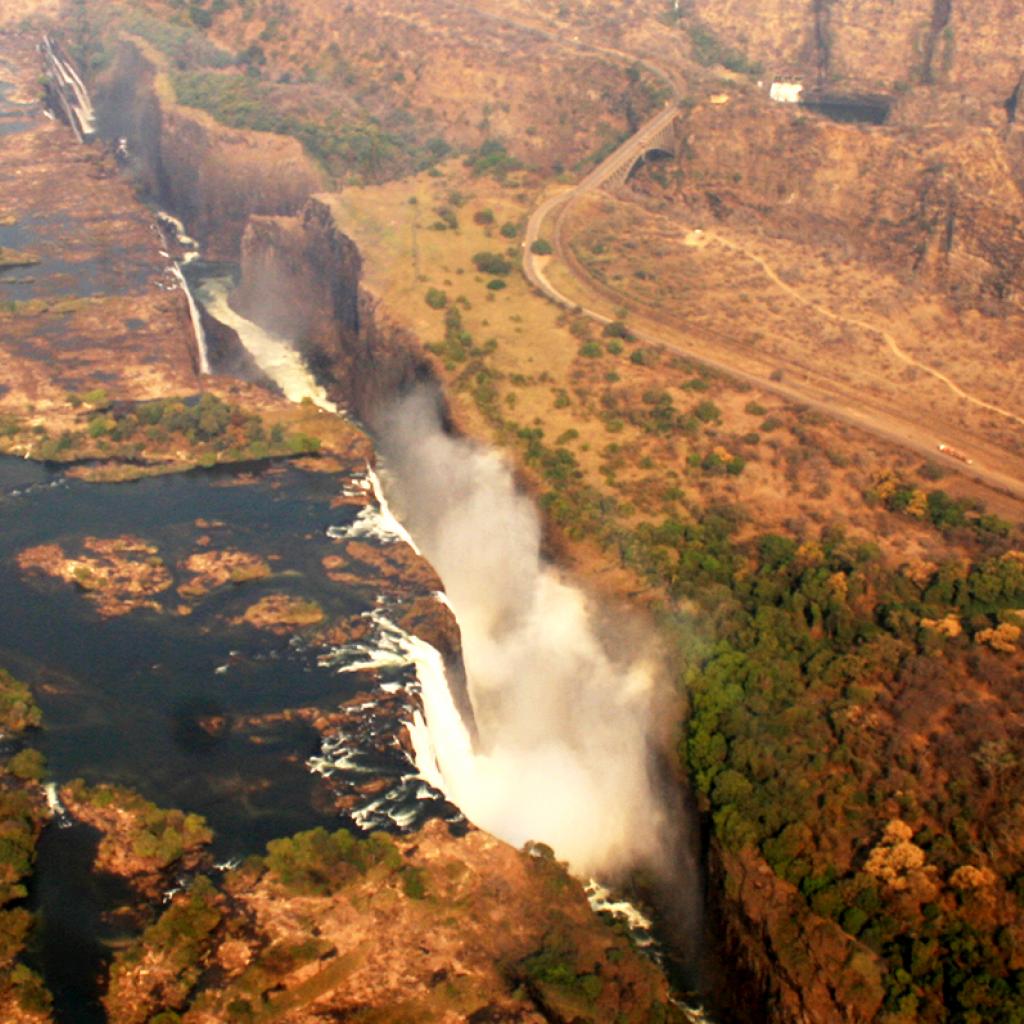 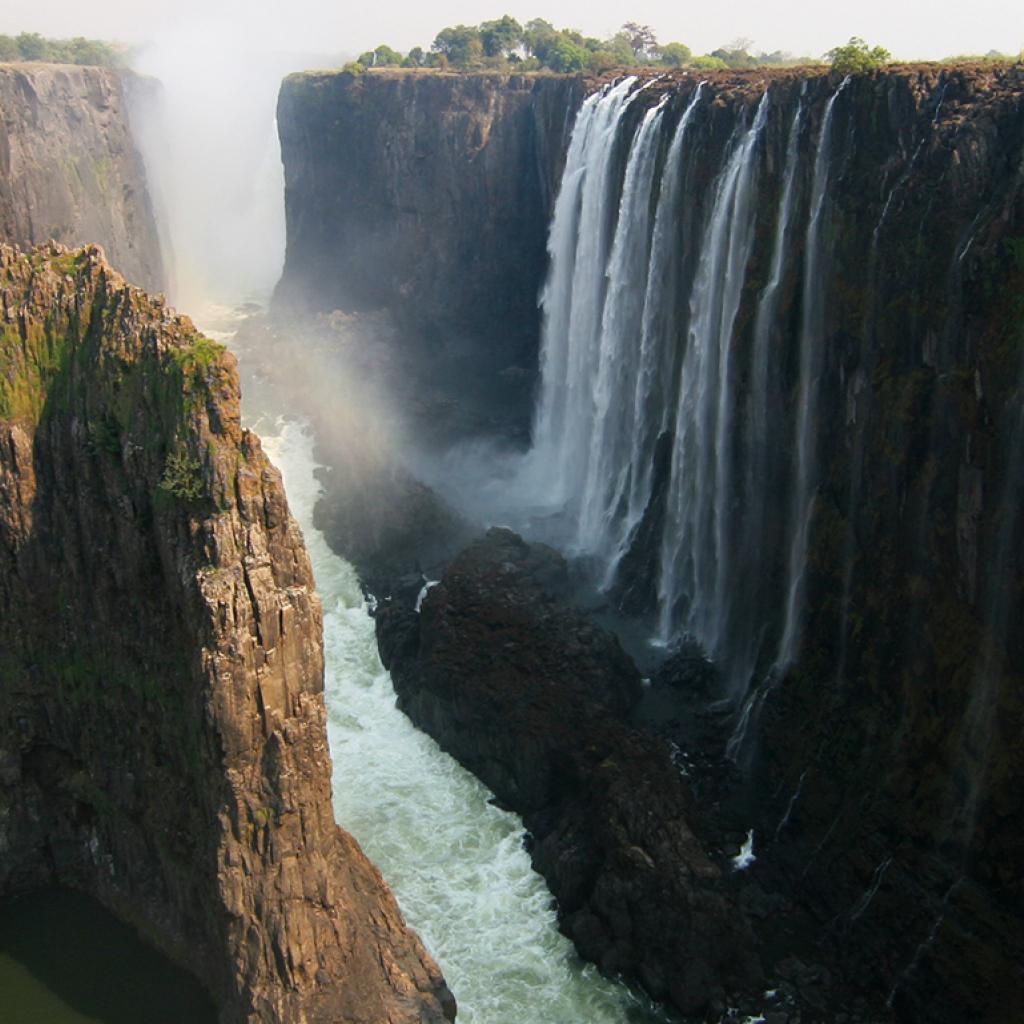 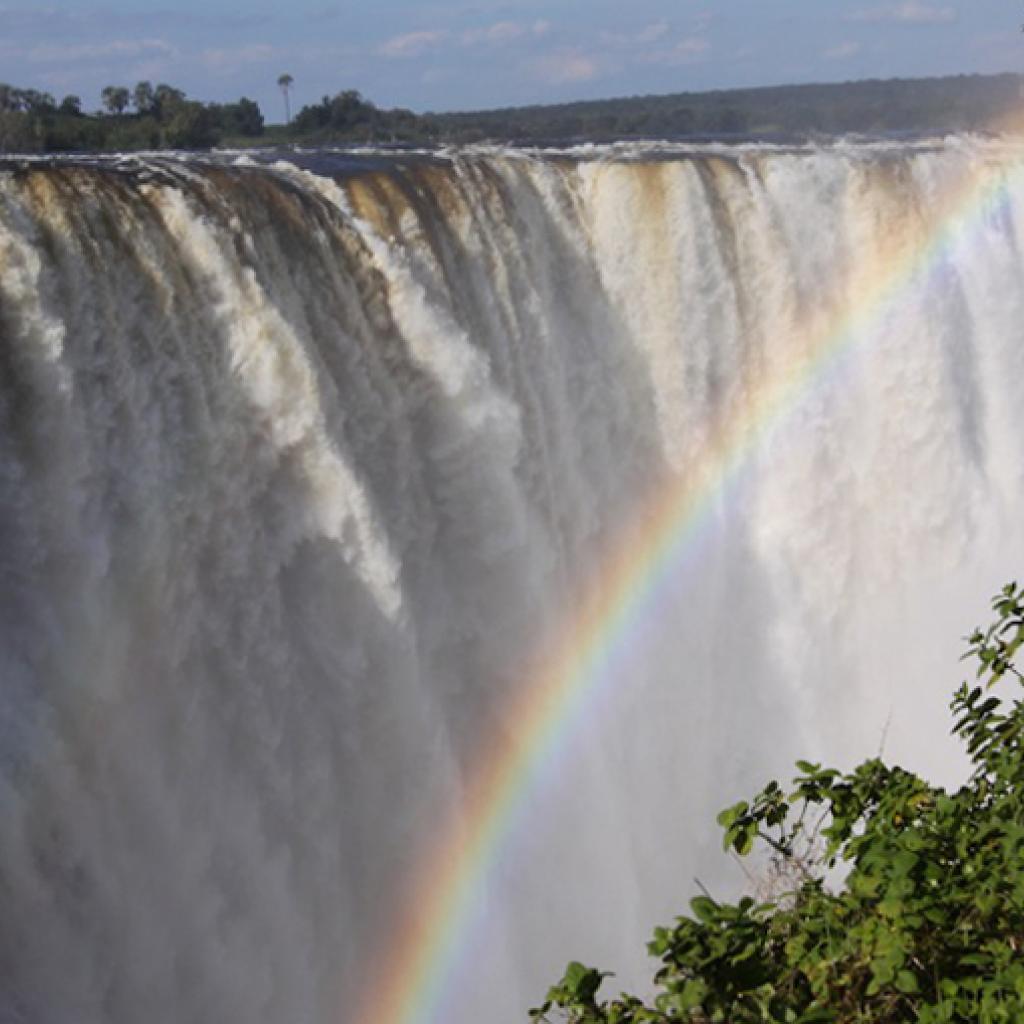 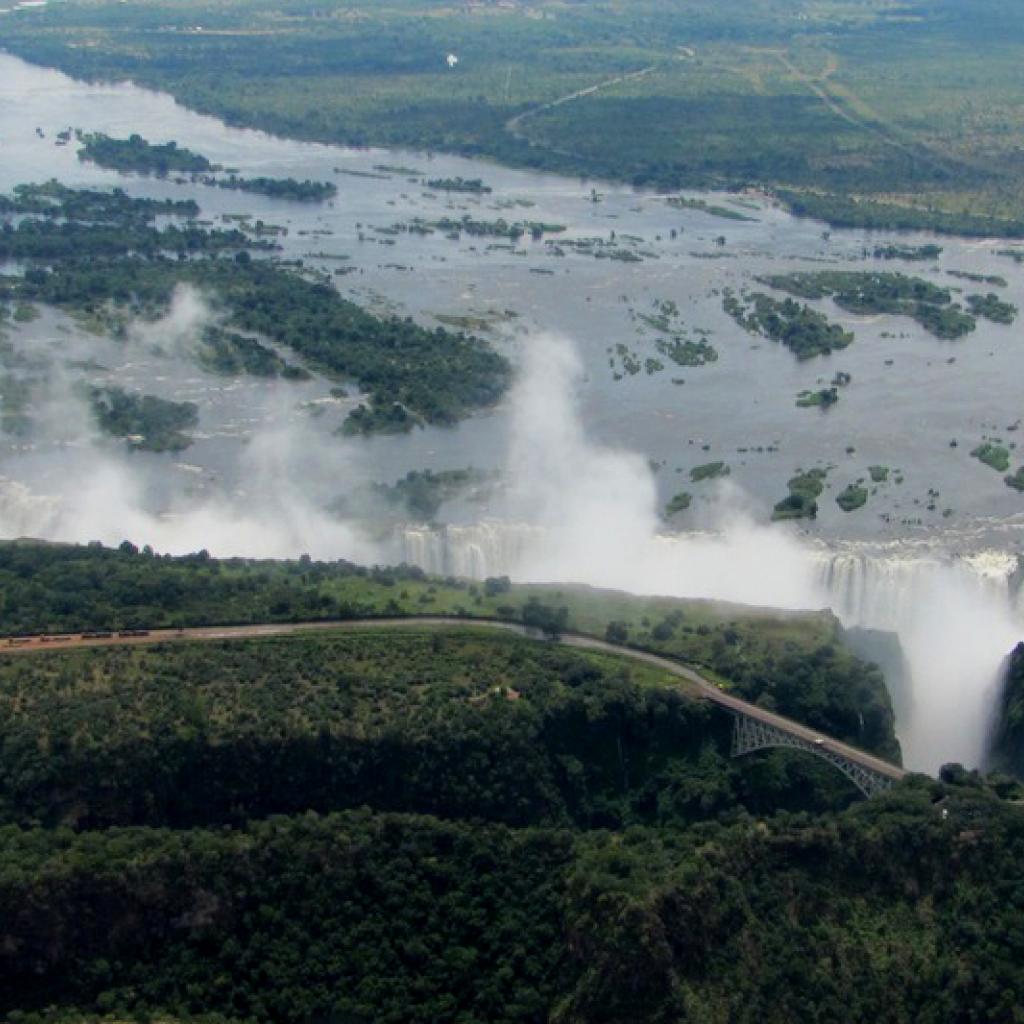 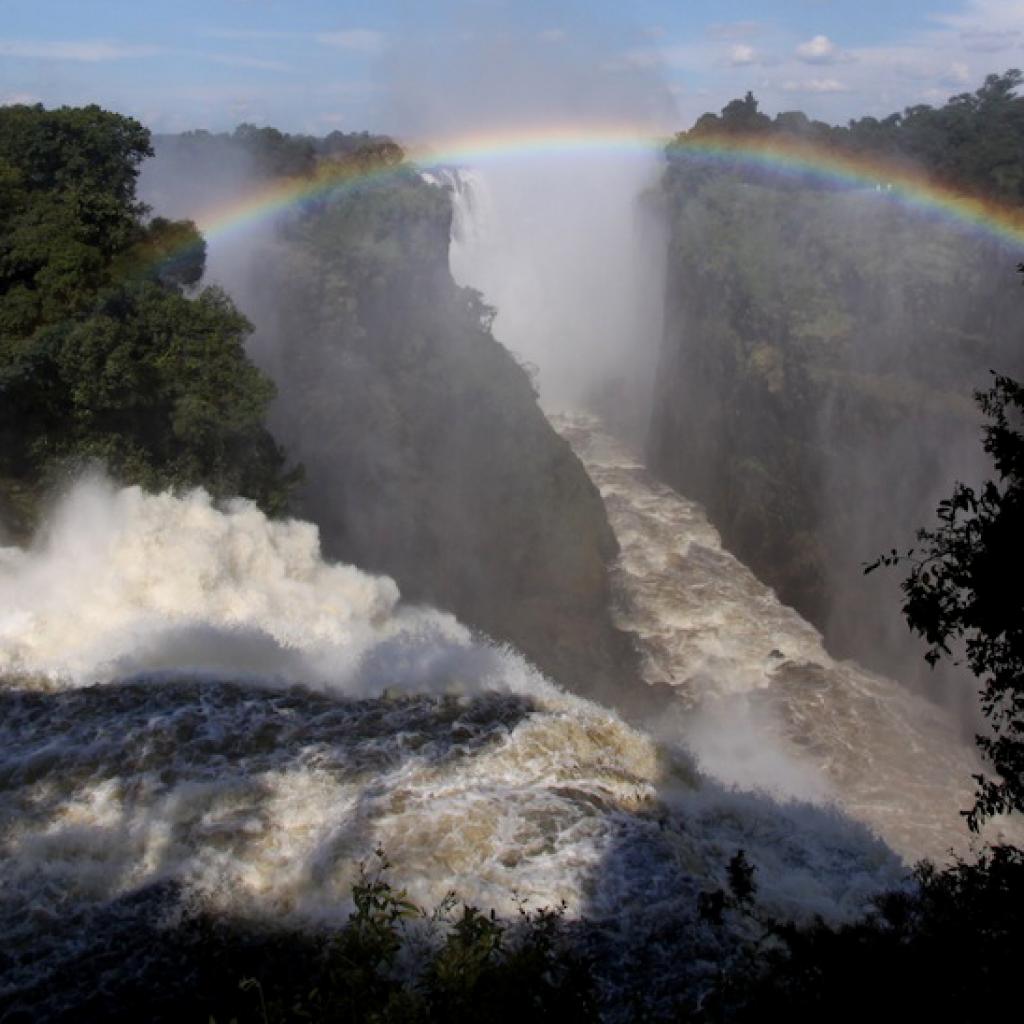 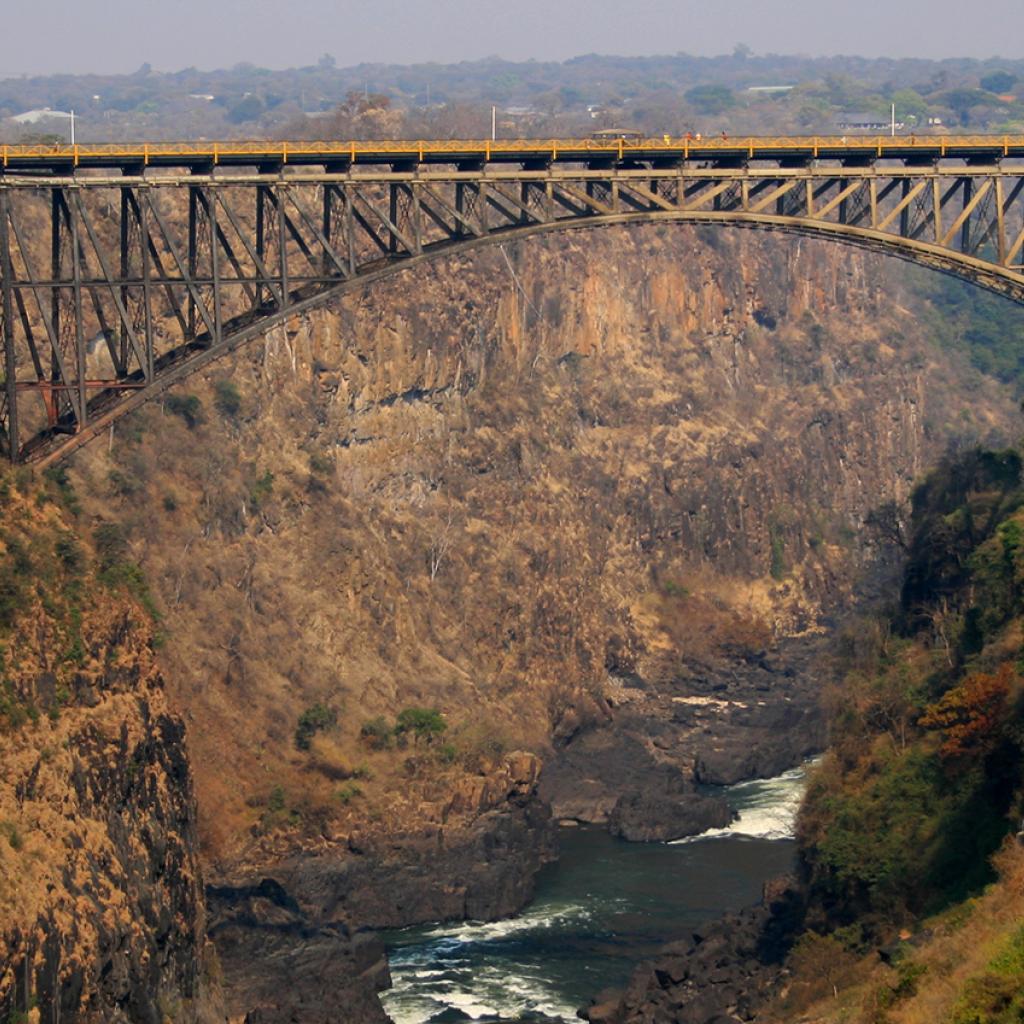 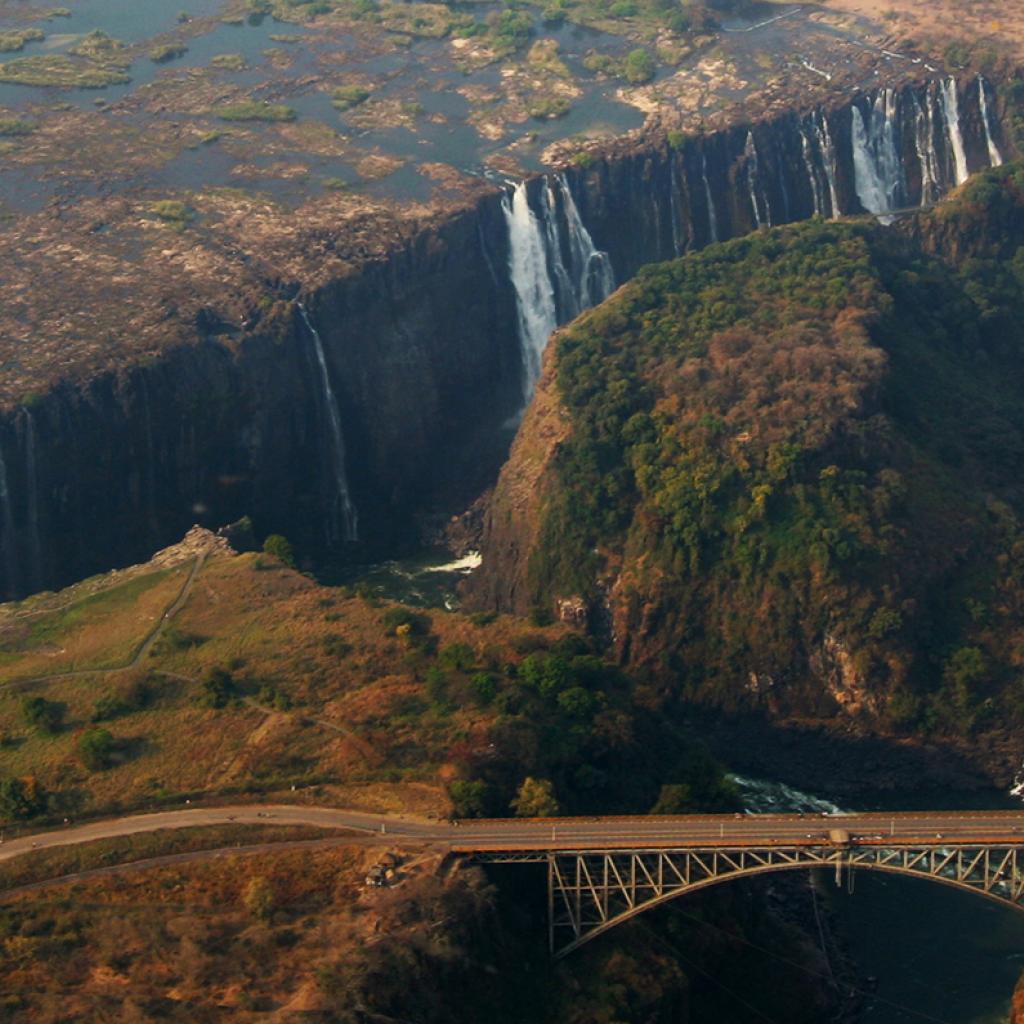