Ndebele people - Photo Credits: United Nations
The attire of the Ndebele, or the Matabele, is characterized by an abundance of ornaments and jewelry that, as well as being a beauty tool, also symbolize the status of a member in the society.

Traditionally, the Ndebele women adorned themselves with several pieces of jewelry that increased in number after the wedding, combined with elaborate and spectacular costumes.

After the wedding the Ndebele brides wore copper and brass rings around their arms, legs and neck to symbolize the bond with their husband and their devotion to him.

The Ndebele women would wear these rings until their husband's death, after his death they would have to remove them all.

The number of rings indicated also the man's wealth, the richer the husband, the more the rings the wife would wear.

Today, the tradition of wearing the rings permanently is no longer a common practice, but they are worn only during special ceremonies.

The wives whose husbands have not yet provided them a house, or the girls of marriageable age after the initiation ceremony wear, instead of brass circles, circles of woven grass covered with beads, called isigolwani.

Also these grass rings are placed around neck, legs and arms.

The birth of the first child is an event that married women celebrate by wearing a special apron, called ijogolo, that is shaped like a hand with five fingers pointing downwards.

Married women also wear the nguba, a blanket they carry on their shoulders, it is richly decorated with beads and each decoration indicates a significant event in the woman's life, for example the embossed stripes indicate that the child is participating in the initiation ceremony to become an adult.

Married Ndebele women wear a headgear as a sign of respect for their husband, the hats are extremely varied, from a simple belt of beads to a knitted cap up to complicated hairstyles rich in beads and called amacubi.

Even the Ndebele men adorn themselves with ornaments and rings made by their wives or mothers on the occasion of rites and ceremonies. 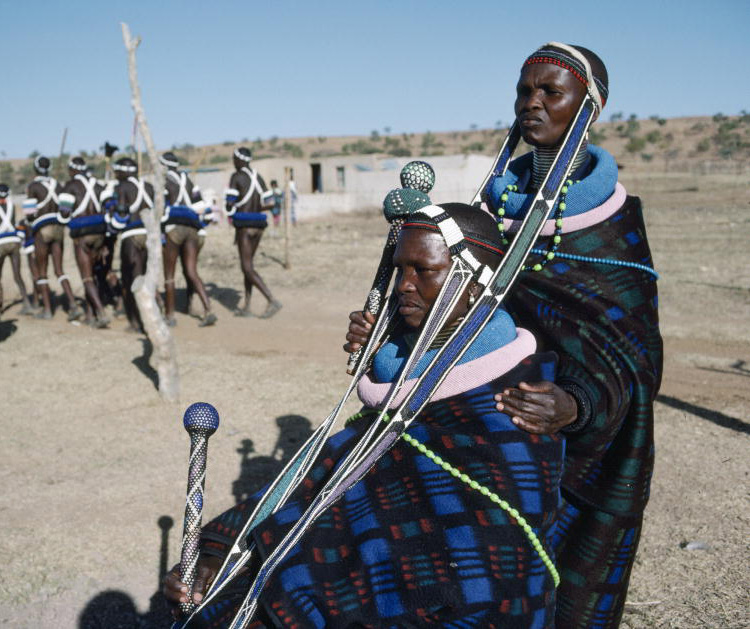 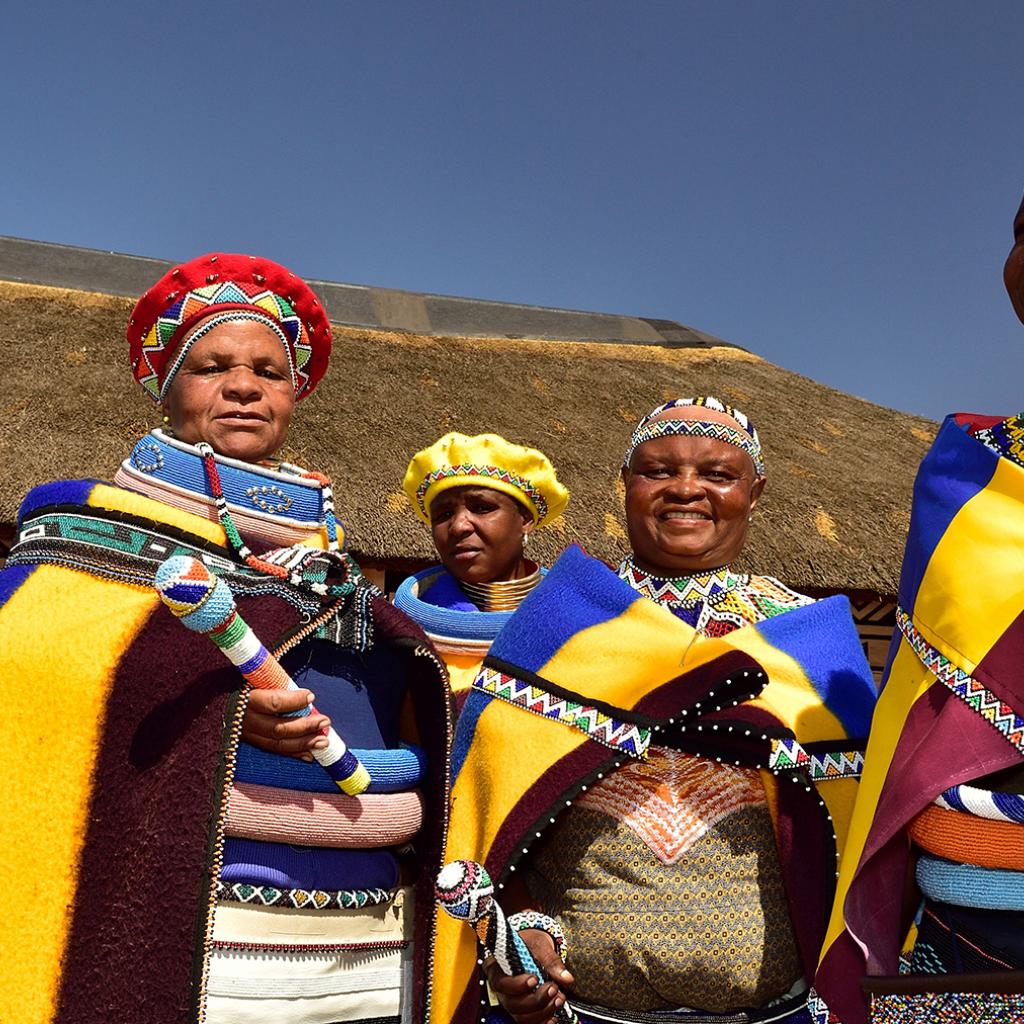 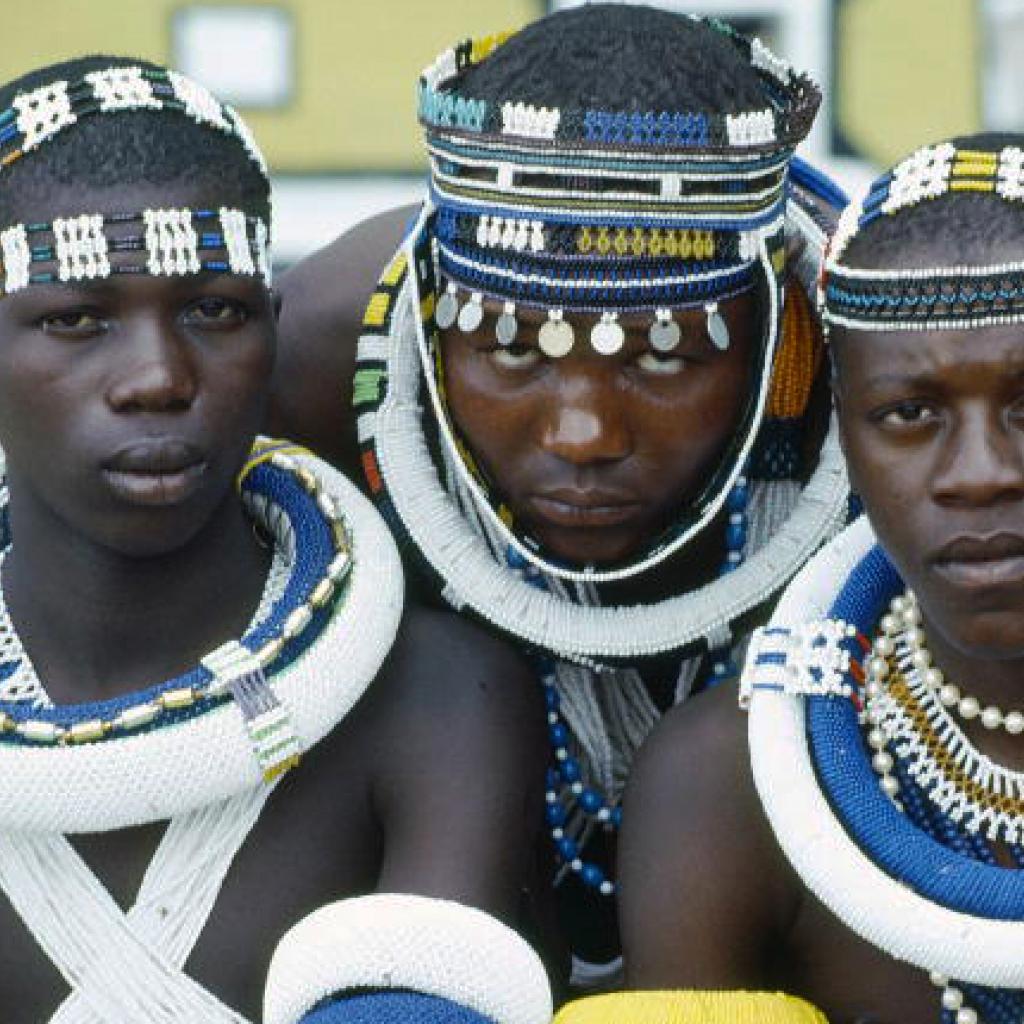 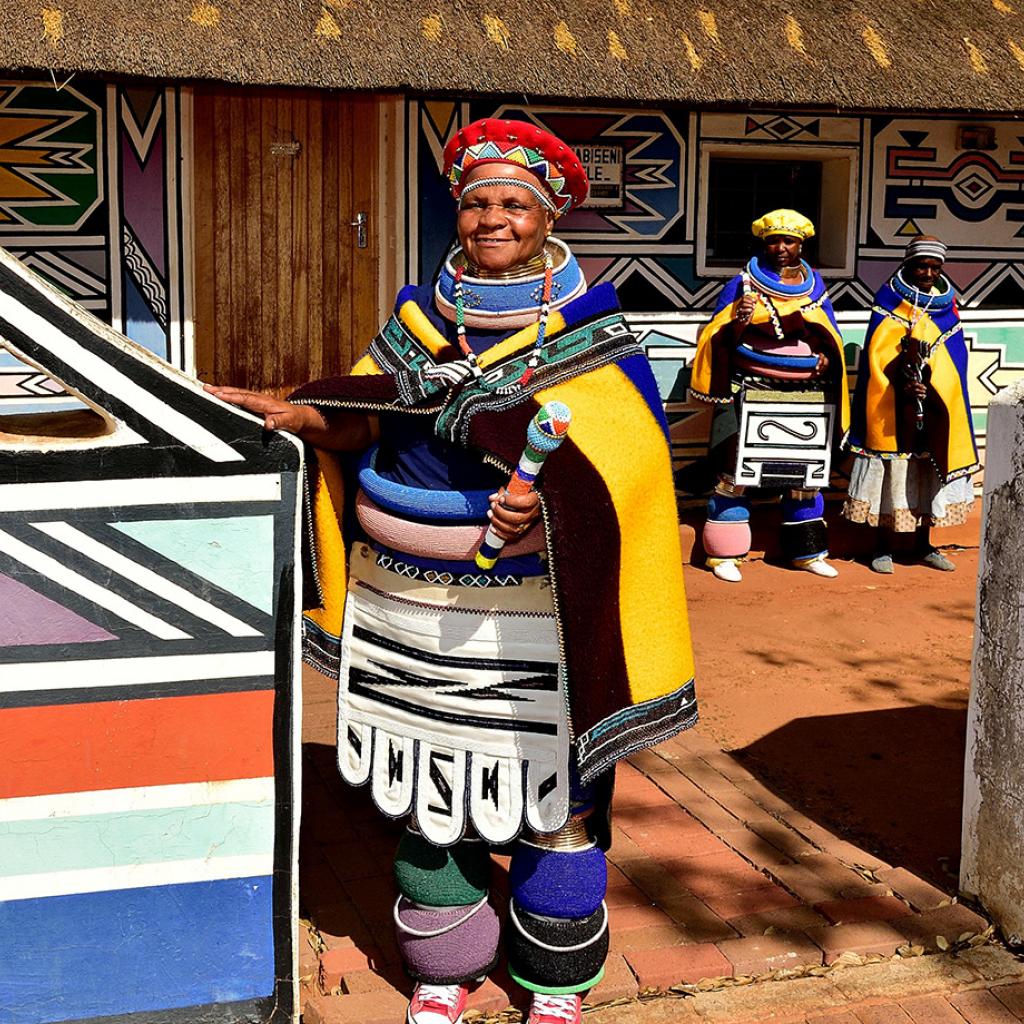