On the part on the river is the Zambezi Park River Drive, a route with a series of secondary roads that winds along the river and has several points, about 25, where you can stop for a picnic directly on the river, under the shade of plants or offers the opportunity to practice fishing; there are 89 different species of fish in the Zambezi River, including the tiger fish, the giant catfish or vundu and the tilapia.

In the Chamabonda Vlei area there is the Chamabondo Game Drive, that winds for 25 km in the most remote area of ​​the park.

Most of the park features Mopane forests (Zambezian and Mopane woodlands), while a small portion belongs to the biome of Baikiaea (Zambezian Baikiaea) forests, along the river there is a thin strip of shrubs and river trees (riverine bush).

The main trees on the banks of the river are the Northern Lala palm or muganga, the wild date or Senegal palm tree, the sycamore fig, the Albizia versicolor (poisonpod false-thorn ), the Acacia nigrescens (or knob thorn), the Philenoptera violacea (raintree or apple leaf), the Combretum imberbe (leadwood); while far away from the coast there are predominantly mopane trees..

Inside the park you can do different activities, it is possible to descend by canoe on the Zambezi River, admiring the view and watching the many bird species, you can also see Nile crocodiles, hippos in the river and elephants and some species of antelope on the shore.

There are different opportunities to make walking safaris, night safaris, just accompanied by a guide, and photographic safaris along the routes of the park.

Along the Zambezi River there are several lodges and 4 pitches for unattended camping and equipped with the barbeque (braai) and bush toilets to experience the contact with nature; the camps are: Chundu 1 at 25 km from the reception desk of the park; Chundu 2 located at 26 km in a forest of acacias near the river bank; Chomuzi located 40 kms off some of the rapids and Siamunungu located 47 km away, at the end of the Zambezi River Drive on a beautiful stretch of the river. 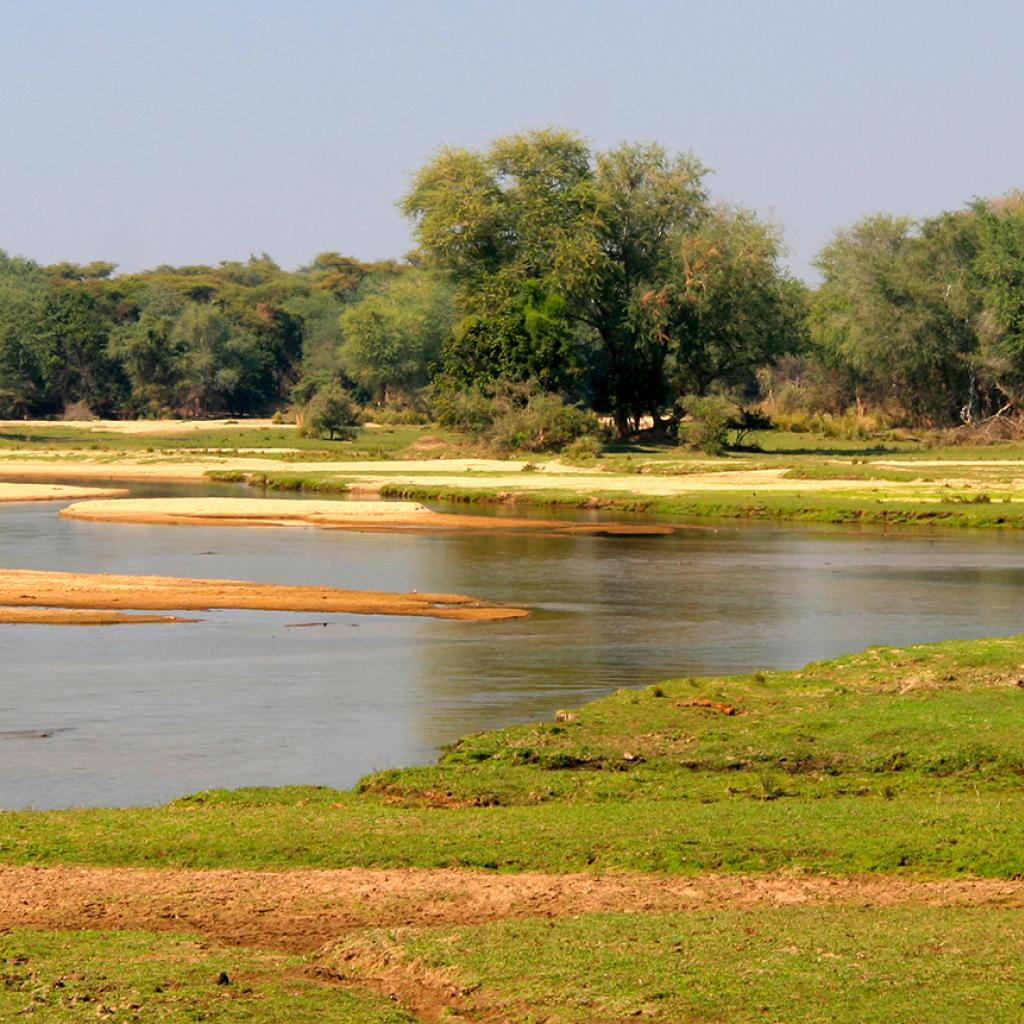 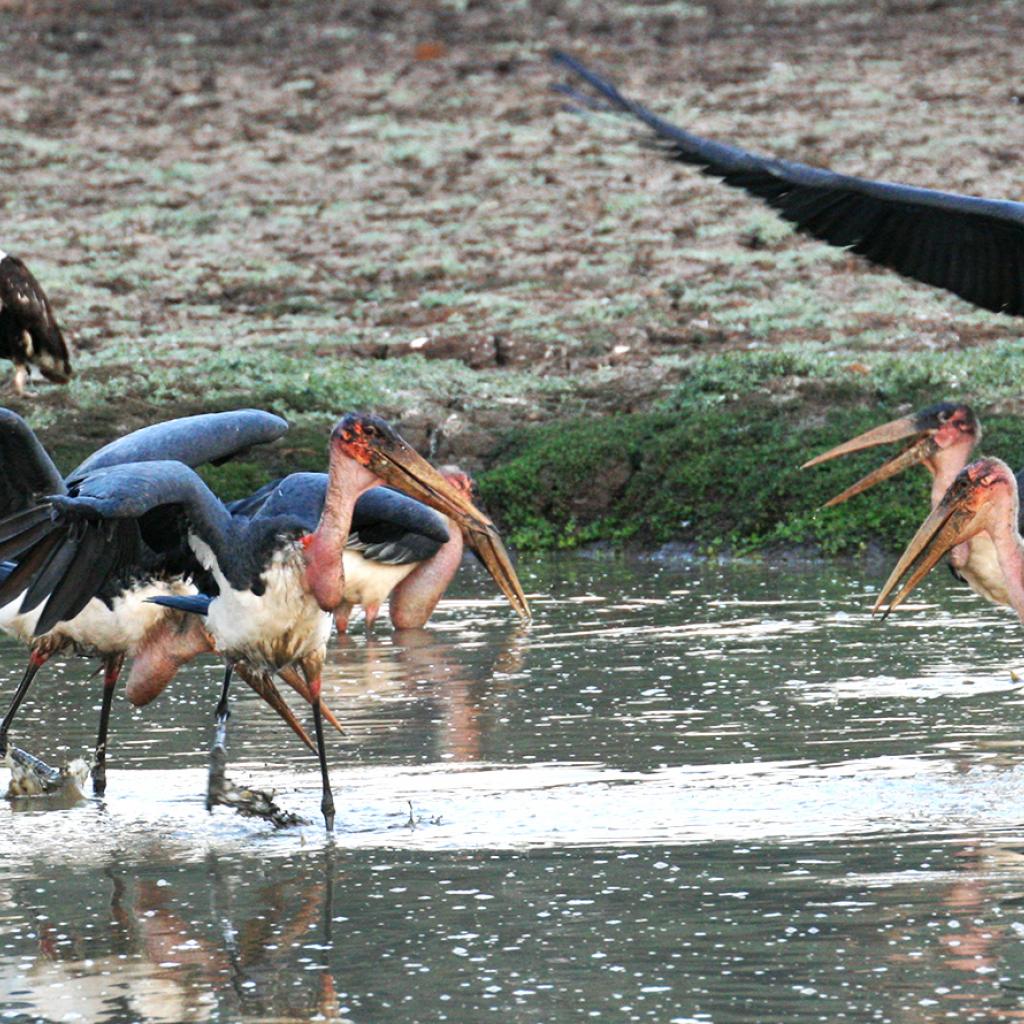 The birds of the Zambezi National Park