Our expedition through the deserts of Southern Africa involves two "green" stages, the first being the Moremi Reserve, the Okavango Delta in Botswana, and the second the Mahango National Park in Namibia.

The Mahango National Park has merged, together with the Caprivi Game Park, in the Bwabwata National Park, that was set up in 2007.

The protected area of ​​Bwabwata lies along the Caprivi Strip, that is bordered by the Okavango River to the West and the Kwando River to the East, Angola borders it to the North, while Botswana to the South; this is a very important area as it is located on the migratory trails of elephants, moving from Angola to Botswana.

After visiting the sacred Tsodilo Hills in Botswana, we go to the A35 that takes us to the border with Namibia, we carry out customs practices at the Mohembo checkpoint and, as soon as we enter Namibia, after only a few meters, we find the sign that warns travelers that they are entering the Mahango National Park.

In fact, the main road runs through the park for a few kilometers, we go all the way to the ranger station where we pay for the entrance and ask for a bit of information about the roads and the sightings.

In the park there are 4 of the famous Big 5, missing only the rhino, while they are relatively easy to spot elephants and buffaloes; for what concerns lions and leopards instead, they are present inside the park, but they are harder to spot.

Map to the hand and the irreplaceable Tracks4Africa app we go for our safari, choosing the river shores as our first destination.

A sandy road but in very good conditions leads to the shore of the Okavango River, crossing alluvial plains, that have no water during the dry season; here we see numerous kudus, some zebras, warthogs and baboons.

On the river bank, the scenery that comes in front of us is fantastic, hippos attract our attention immediately and it is impossible not to smile by listening to their loud noises, they are too loud and fun.

The river bank is also the habitat of many species of birds, the area is defined as an important oasis by BirdLife International, as about two-thirds of the bird species found in Namibia have their home in this area.

The water attracts numerous mammals, that usually come here to drink, and it is also the ideal habitat for the red lechwe that usually lives in swamp areas.

After admiring the life on the banks of the Okavango River and identifying a large number of bird species, we traverse a stretch of track that follows the course of the river and arrive at a zone dominated by baobabs.

Some giraffes, that go to the river to drink, look at us with curiosity, we go on while the kudus run away as usual afraid of god knows what.

We get to the majestic Giant Baobab, a colossal tree; overlooking the river and overlooking one of the park's places where it is possible to get off the road and make a small walk or picnic; but beware, there are no fences, you have to look carefully around before you get out of the vehicle, unless you want to become the snack for some hungry lion.

After controlling the area we get off and the trunk of this tree is really impressive, it would need at least 12 men to embrace the tree.

Baobabs represent a precious source of water for elephants, in the trunk of these plants, in fact, a huge amount of water is stored to deal with droughts period; elephants know the properties of this tree and often bark with the fangs to suck the water.

The Giant Baobab seems to have been graced by elephants, that usually dig the baobab bark for water; while unfortunately it suffered the attacks of some tourists, who engraved their names on the cortex.

After taking some photos, we leave the baobab and the road along the river to get into the park.

We see numerous antelopes including the rare pukus, red hartebeests, some ostriches and the inevitable kudus.

The road runs on a layer of sand that in some places becomes more insidious and profound, we avoid getting bogged down by some diversion and come to a puddle where, with our great joy, a bunch of elephants is drinking.

In addition to being refreshed, they spray water and mud to cool off and protect their skin; they seem happy about this refreshing bath, even though a couple of young adults start pushing and staging a strength test.

Happy about the sighting we go back to the Rangers’ Station, the felines have not shown up but we are satisfied with our safari, we arrive at the gate, salute the rangers and head to the camping for the night. 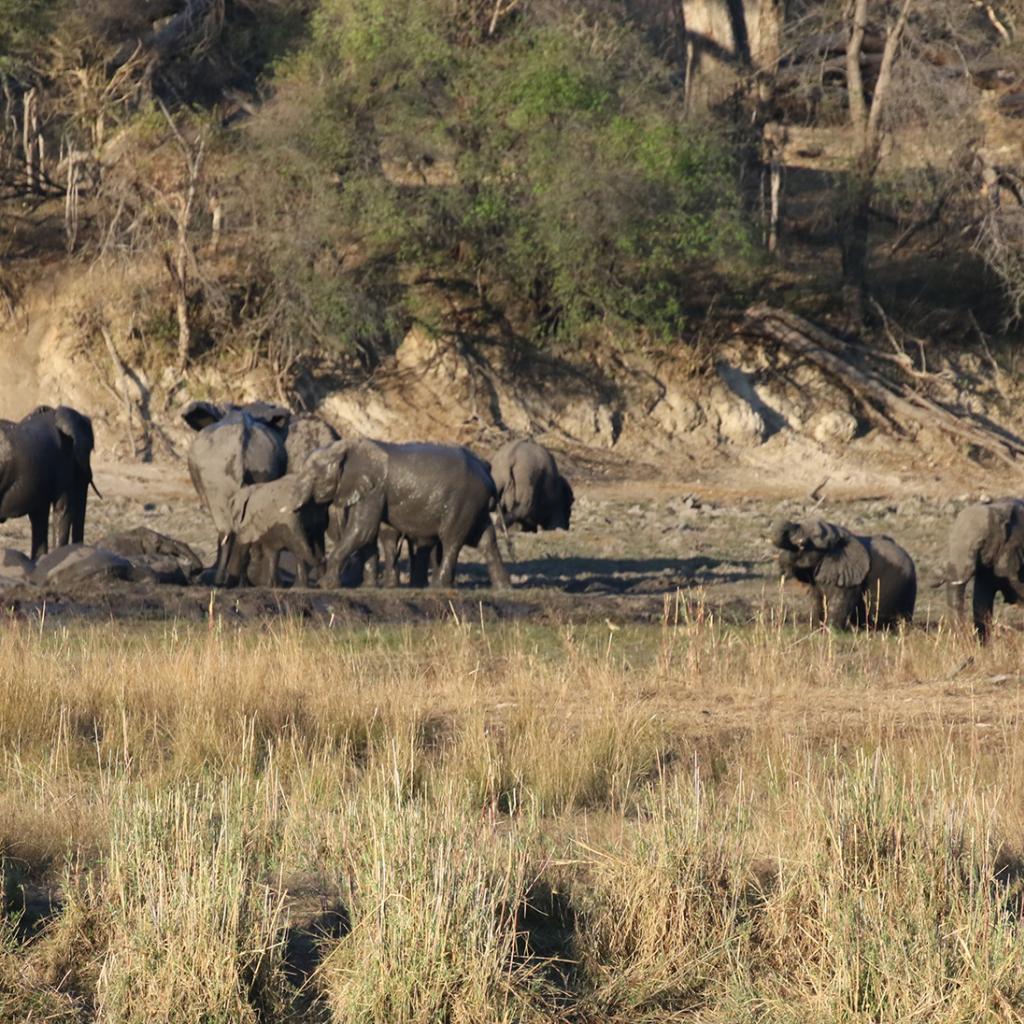 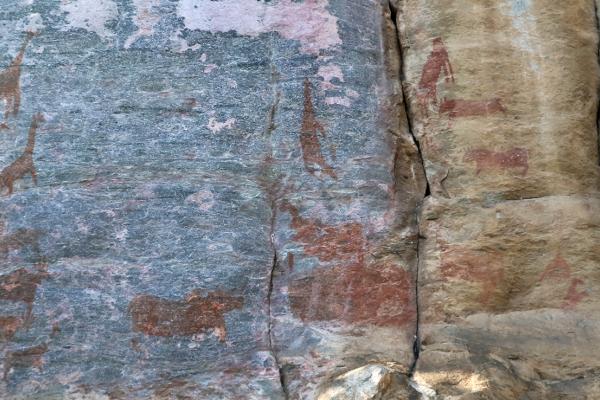