The city of Yamoussoukro is formally the capital of the Ivory Coast although, to date, there is no embassy, ​​no ministry and even parliament here; all political and administrative institutions are still in Abidjan.

Abidjan remains in effect the real political and economic capital of the country.

Yamousoukro is a rather bizarre city, wide avenues with 4 lanes, in European style, cross the city but, on their sides, there are only large spaces still used for cultivation and only some isolated buildings.

This utopian city is the result of the will of the first president of the Ivory Coast, who came to power after the independence from the French; but, even today, it is far from being the model city for the rest of the continent that was in his intentions.

The Basilica of Our Lady of Peace in Yamoussoukro was built inspired by St. Peter's Basilica in the Vatican City; in the original project it should not have exceeded the latter in height, at the specific request of the pope, but, at the end of the work, it turned out to be higher and with a greater surface area.

Its dimensions are amazing: an area of ​​30,000 square meters and a height of 158 meters; it can accommodate up to 18,000 faithful, although the faithful are normally only a few hundred.

The Basilica rises in the middle of nowhere, surrounded by savannah and, when approaching it, it looks like a mirage; it was consecrated in 1990 by Pope Paul John II who demanded a hospital to be built near the basilica.

Today the hospital is finally working even if, being private and not public, it is not of real utility for the population who cannot afford to pay for treatment.

John Paul II asked a university to be built, that was to be built next to the Basilica, but, at the moment, this project remained only on paper.

The Basilica, despite its size, looks a bit gloomy, in reality it is a bad copy of St. Peter's Basilica and, due to the cost of construction, we are talking about 300 million dollars, it has doubled the public debt of the Country.

The other major project that was carried out by Félix Houphouët-Boigny in Yamousoukro is the Presidential Palace, built on his explicit request to become not only his official seat but also the home of his family; the presidential palace has a fence of 22 km and contains the territory that was originally occupied by N'Gokro, the president's native village.

The building has a contemporary architectural style, without any particularity worth of note, it cannot be visited by the public, as it is now the private palace where the family of the former president lives.

Near the Yamoussoukro Presidential Palace there is a lake that is famous for hosting some Nile crocodiles: the Lac aux Caimans.

In fact, in what could be remembered as a medieval moat protecting the Palace, crocodiles have been placed that, in the beliefs ofthe Baoulè, ethnic group to which it is believed Félix Houphouët-Boigny's father belonged, represent the symbol of power and virility.

A very curious thing: each crocodile in the lake was given a political and military rank, the assignment was made based on the ferocity, the size and strength of the animal; thus we find crocodiles that have been awarded the title of captain, commander, chief of staff, and so on.

Other buildings of Yamousoukro, that are noteworthy, are the Palace of the Foundation, that bears the name of the first president, and the Grand Mosque.

In the Quartier Millionnaire, a name that contrasts with the average economic conditions of the Ivorian population, there are the best hotels of the city, including the President Hotel, another ambitious project by the father of the nation, made using precious materials and regardless of expenses.

Honestly, Yamoussoukro has left us a little appalled by its contrasts and the waste of economic resources, but in our opinion it should be visited as part of the history and reality of the Ivory Coast and the utopian vision of its first president. 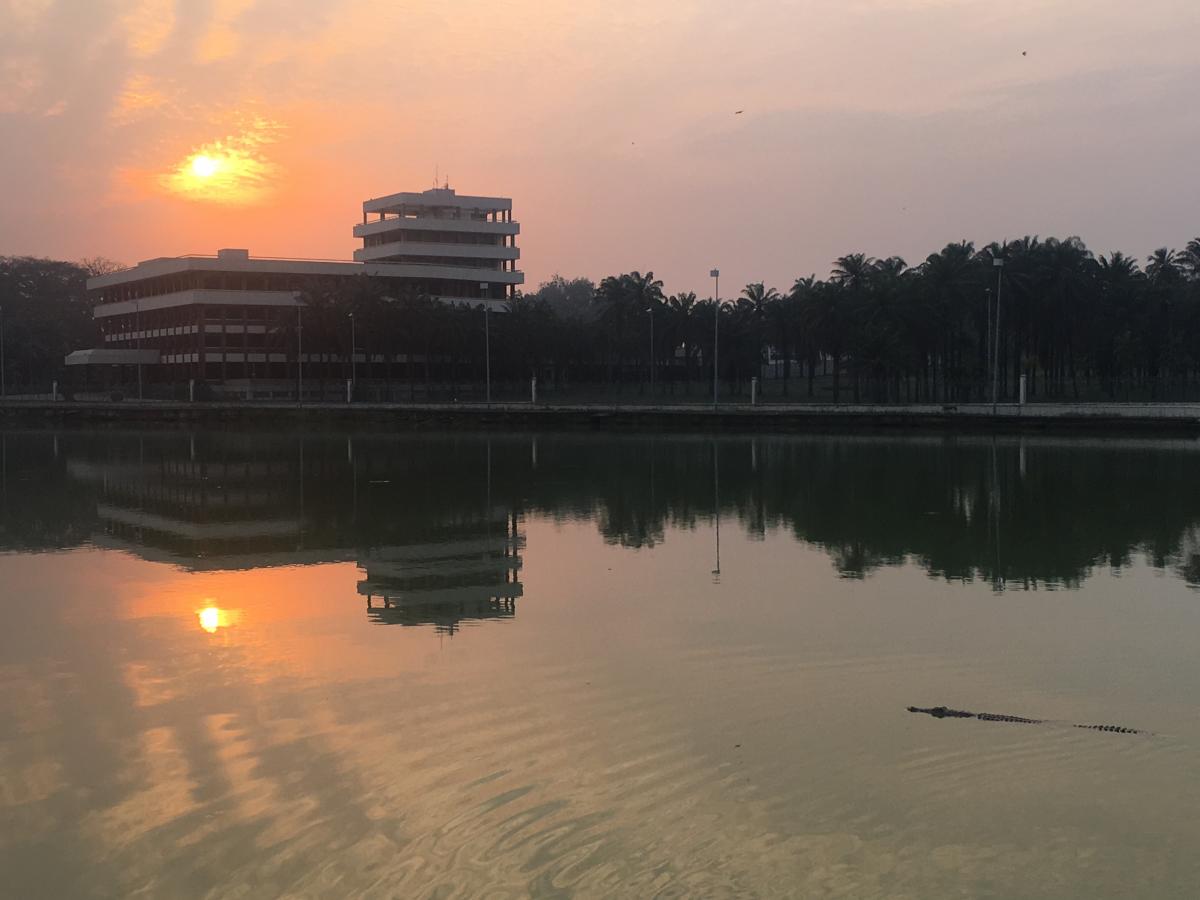