The Ivory Coast is a melting pot of ethnic groups who, over the centuries, have maintained their traditions, their beliefs as well as their celebrations and rituals.

Among these etnic groups, we have had the luck to meet and get to know, there are the Wè, who are part of the larger ethnolinguistic group of the Krou or Kru, this group is located in Liberia and in the Western areas of the Ivory Coast.

In Liberia the most used term, to identify the members of this group, is precisely Krou or Krahn, while in the Ivory Coast people call themselves Wè, subdivided then into Guéré and Wobé.

Before the arrival of the European colonists the definitions Guéré and Wobé did not exist, the Wé, who lived in the forests, that are located on the border between the present Liberia and the Ivory Coast, simply defined themselves as Wé.

The French colonial administration, crippling and misinterpreting the translation provided by local interpreters, divided the population into two subgroups: the Guéré and the Wobé.

The Krou settled in the forest areas between Liberia and the Ivory Coast after migrating South from today Guinea; they were forced to move, in order to escape the ever more numerous incursions by the Mandingo, who tried to always procure new slaves, to feed the thriving slave market.

This area of ​​forest is crossed by the Cavally riverand, this natural barrier, caused the formation of different sub-groups, depending on where they settled, some in the West while others East of the river.

The Wè are characterized by an intense religious life and by mysticism, in fact they believe in the spirits and ancestors to whom they attribute supernatural powers, moreover they believe that they hold the destiny of men.

The spirits, represented by the masks, are considered very important and occupy the first places of the sacred pantheon.

Of all the traditional sacred institutions, the tradition of masks is that which has endured over time, without undergoing too many changes.

For the Wè the mask is not only the one that is put on the face, but it is the complete clothing: it is composed of a headdress, a face carved in wood, a skirt in vegetable fiber and a fabric to cover the upper part of the body; the mask is worn by an initiate who is specially chosen.

The cult of masks has repercussions in people's daily lives, the mask participates in the social life of the villages, he is present during the celebrations, at sacrifices and has an important role in redeeming disputes between the inhabitants of the village.

The mask represents an immortal spirit that was created by God and was given to men to organize, protect and entertain themselves; furthermore the mask has a power of mediation between the forces of nature and men.

The mask is above all a sacred force that makes possible the communion between God and men, between ancestors and the living ones, he is a protective spirit that is opposed to the disruptive and harmful forces that are manipulated by sorcerers.

The Wè almost never turn directly to the deity, but turn to the mask, who is their main intermediary.

For this reason the mask is the central fulcrum around whom the village society is organized and structured; the mask is the guarantor of social values ​​and his primary function is to enforce the rules and laws of the community.

The mask presides over the ritual harvest feasts, to thank the ancestors and gods for their help and protection.

The Wè believe that the mask lives in the forest, in a sacred place where only initiates can go to perform ritual sacrifices.

When the village needs his intervention, the musicians play music to call him; thus the mask emerges from the darkness of the forest and, escorted by men and musicians, reaches the village; once in the village he retires to the sacred house where the ceremony is beginning.

The women of the village cannot touch the mask and must keep their distance; for the occasion they dress in white or dye some areas of their body with white chalk and sing songs that praise the role of the mask.

The mask, after having rested in the sacred house and after drinking the palm wine, goes out and goes to the center of the village, at this precise moment the celebrations begin, the participants drink the palm wine while the percussionists keep the rhythm of the ceremony.

There are different masks based on the necessity manifested in the village, therefore there are the sacred masks, these are the most important because they defend the village from evil spirits, there are warrior masks, who enhance the courage of warrior ancestors, and finally the joyful masks, who participate in all the moments of the village festivals singing and dancing.

The masks also have a legal role, that derives from their religious function: the mask is the intermediary between God and men, as well as between the ancestors and the living ones, therefore, if someone believes he is a victim of injustice and the Men's justice failed to restore his rights, he turns to the mask.

When the mask issues his verdict, all parties must bow to his will, if they do not do so they risk being struck by the curse of the mask because, the one who rejects the verdict of the mask, makes an outrage to the ancestors and to God, of whom the mask is the messenger, in this way he would attract the anger of the spirits on himself.

At the end of the ceremonies the mask returns to the forest, where he remains hidden from the sight of men. 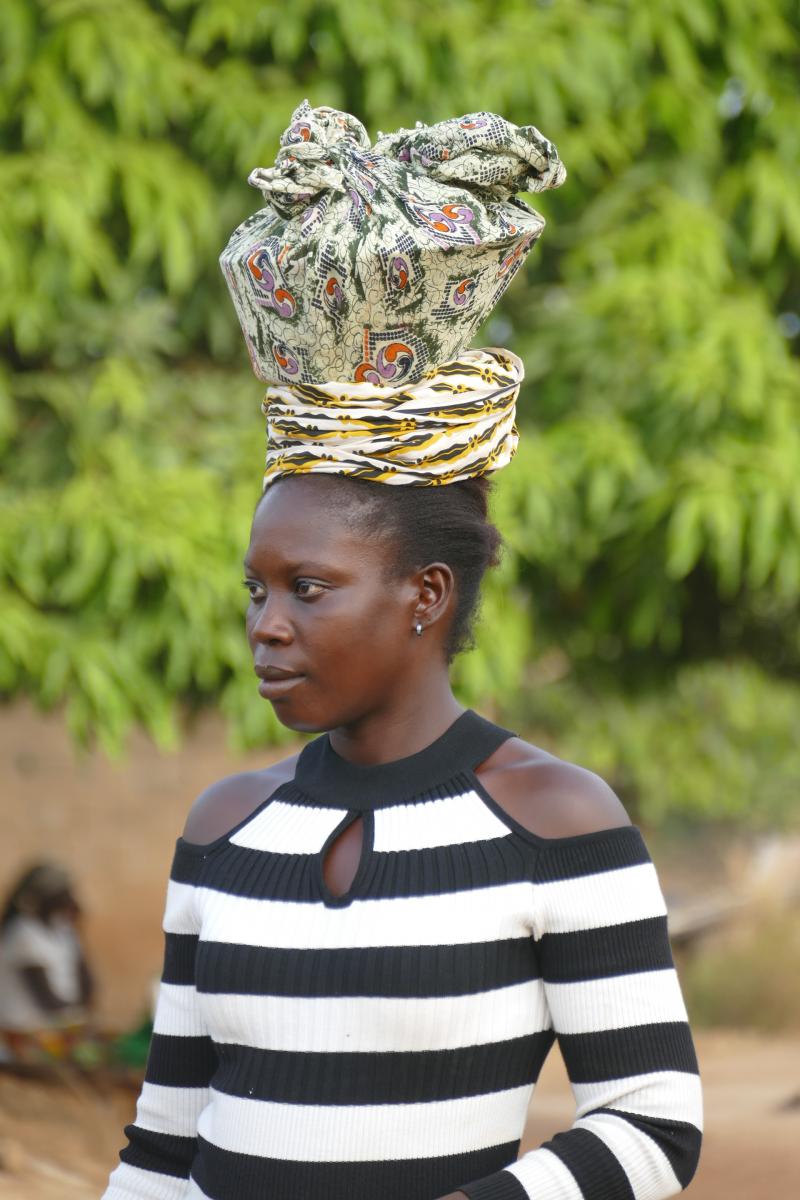 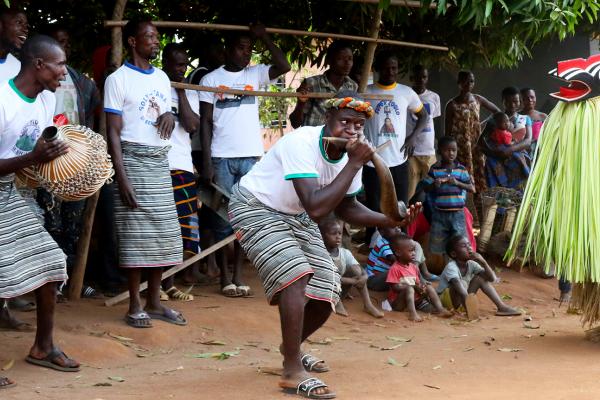 The Ivory Coast is the heart of West Africa