Among the populations we met, during our trip to the Ivory Coast, the Dan or Yacuba are the ones that stand out for the most acrobatic dances.

The Dan live in the Western part of the Ivory Coast and in Eastern Liberia, they are famous for the wide variety of masks, that constitute a central element in the cultural life and social organization of the Dan.

For the Dan, as for the other tribes of the Ivory Coast, a mask is not, as a Westerner might think, a simple covering of the face, in fact the mask is the entire costume that covers the entire figure.

The costume-mask is often composed of a headdress, a wide skirt in palm fiber and a cloak of cloth, that completely covers the wearer, hiding his body, respecting the belief that the mask is a spirit of the forest and not a human being.

The natural fiber represents the wild forest while the fabric represents the civilized human society and the mask is a mediator between these two worlds.

Masks are the most important art form in the Dan culture, each village has several of them and, although similar to one other, they hold distinct roles and functions in the community.

Since a very young age the boys begin to create masks, often with leaves or fabric.

Young drummers and other assistants accompany the masks in their dance and together they form entertainment groups, that are rewarded for their performances with gifts of food or money; for boys these first experiences are the beginning of a long process of learning the rules and values ​​of adult society.

One of the most spectacular dances of the Ivory Coast is the dance of the stilt walkers, it is a ritual dance that protects the village and is celebrated during ceremonies, such as weddings, funerals, initiations and other special occasions.

The Yacouba dancers, during the preparations that precede the dance, communicate with the spiritual world of the ancestors; for the dance they wear a mask that includes high stilts and colorful clothes, they also have a hat that completely covers the face.

The dance is an acrobatic show, during which the dancers perform repeated, dangerous and spectacular acrobatics. 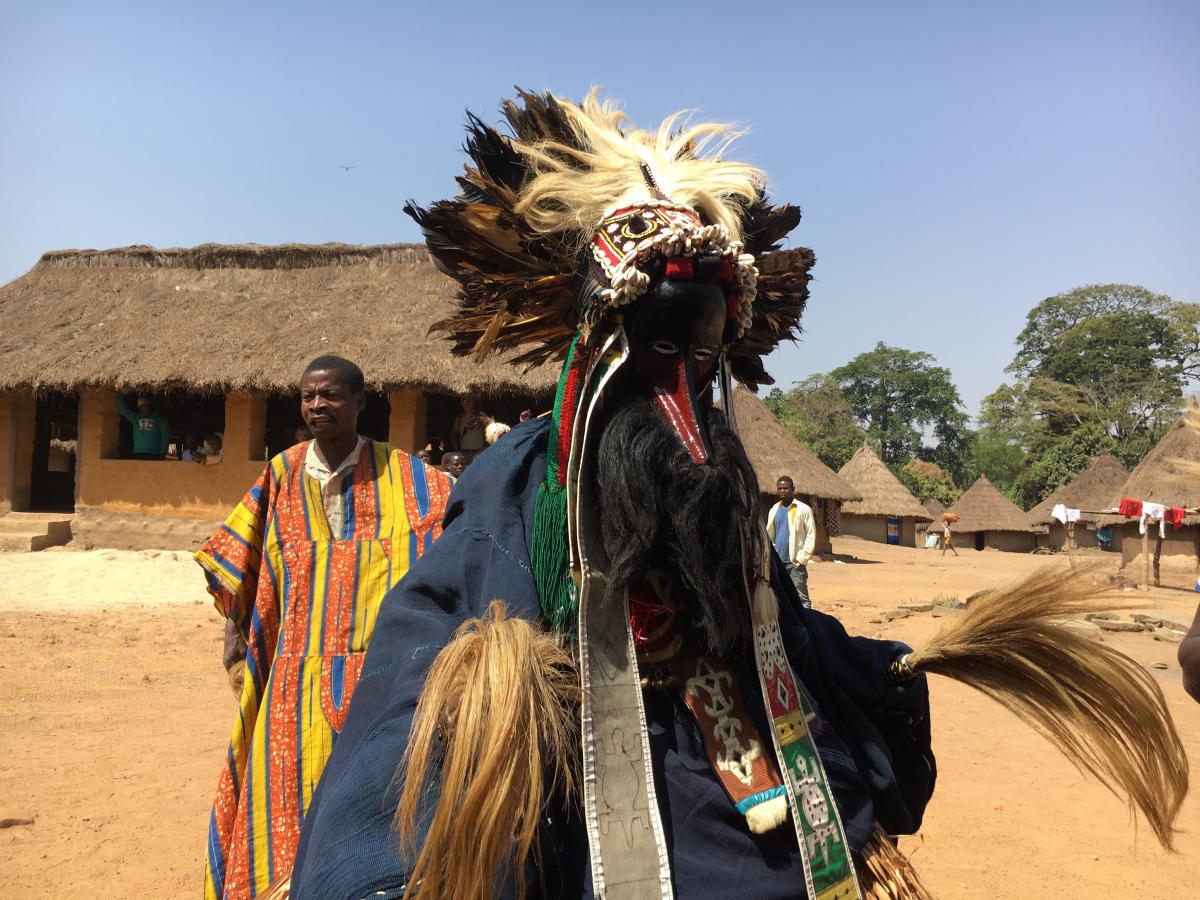 The chosen one to wear the Gblin mask must pass a rigorous and secret initiation ritual, furthermore none of his relatives and friends should know that he is the guardian of the Gblin mask, not even his wife.

The percussionist, who accompanies his dance to the beat of a drum, invokes the grace of spirits before the stilt walker begins to dance; these spells put the mask directly in contact with the protecting spirits, who suggest the steps to be taken.

The mask is not a simple artistic expression, but is the fundamental element of the organization of traditional society as it is the intermediary between men and the otherworld and the guarantor of stability.

The stilt walker mask participates in all the village events, his social function is very important, his mystical power makes him respected and even feared.

The Dan or Yacouba live in the Western part of the Ivory Coast, these are territories covered by forests where the Cavally riverflows, and, right along this river, you can admire the traditional masterpieces of this population: the lianas bridges.

These bridges are considered sacred, their construction takes place by young initiates, who collect the lianas in the forest, but it is only thanks to a spirit that the bridge is built over a single night.

Lianas bridges are small engineering masterpieces, the long intertwined lianas create a narrow passage that extends from one bank to the other of the river, allowing people, who move from one village to another, to cross it safely.

Those who want to walk on one of these bridges must take off their shoes so as not to desecrate the bridge, the sacredness of the place is taken very seriously by the local population and the bridge has its own head, or rather guardian, who takes care of keeping the bridge in good condition and in respect of its sacredness. 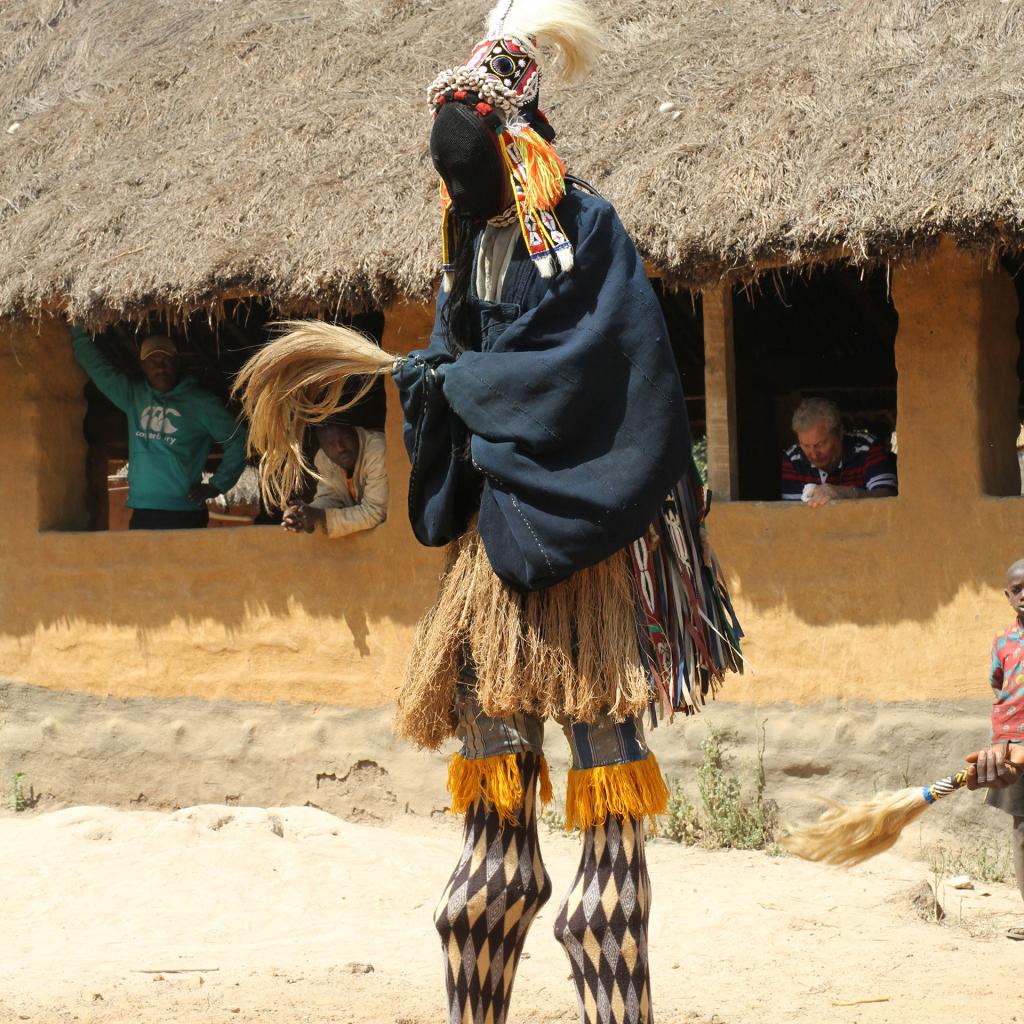