The Ivory Coast is not only the land of ancient legends and fascinating and mysterious masks, but it is also the land of cocoa, the food of the gods.

The country is in fact the largest producer of cocoa in the world, with over one million tons produced every year, in second place we find Ghana that borders the Ivory Coast; together these two states produce over half of the world's cocoa.

The equatorial zone, in particular the coastal strip, has all the ideal climatic characteristics for the growth of cocoa plants, thanks above all to the high temperatures and the high humidity.

Cocoa is native to South America and it seems that, already 3,000 years ago, the Olmecs, an ancient pre-Columbian civilization who lived in today Mexico, cultivated this plant.

Later the Maya also used cocoa beans, they prepared a dark, bitter and very spicy drink that was consumed only by priests, kings and nobles during sacred rites.

Later also the Aztecs adopted the tradition of using this sacred drink that they called "xocoatl", a word composed of "xoco" that means bitter, and "atl" that means water.

For the Aztecs this drink was a source of wisdom and energy, and was also considered a powerful aphrodisiac.

The cocoa beans, as a demonstration of the value attributed to them, were also used as money and were offered as sacrifice to the gods.

The first European to discover cocoa was Christopher Columbus, in 1502, during his fourth trip to the New World, he tasted the cocoa drink but found it too bitter and spicy, it was only in 1528 that, thanks to Hernan Cortés, the exotic drink flavored with vanilla, chilli, cinnamon landed in Spain, and then in Europe.

Cocoa soon became successful and the demand for this product began to grow, so much so that cocoa began to be cultivated on the African continent, thanks to the favorable climate.

Today, thanks to cocoa, several African nations can make a considerable profit; moreover it is estimated that 90% of today's production comes from small farmers who have small plantations, and this contributes to the distribution of wealth among the population.

The fruits of the cocoa tree are called pods, they are oval-shaped pods that take on a yellowish-greenish color, in the early stages, that becomes reddish-brown when it reaches maturity.

The pods grow directly from the trunk of the tree, the growers use the machete to be able to detach them from the trunk; the peculiarity of the cocoa plant is that the pods do not all ripen at the same time, so the fruits must be continuously monitored.

After the ripe pods have been harvested, they are cut and opened always using the machete, the seeds, or broad beans, are removed cleaned from the pulp, before being left to dry in the sun.

The whitish pulp found in the pod is gelatinous, rich in sugar and has a vague aroma of cocoa.

The cocoa beans are dried in the sun for a period ranging from 7 to 15 days.

Once dried, the beans are packed in large bags; at this point they are ready to be sold to the intermediaries.

Unfortunately, the initial stages of cocoa processing are those that have the least added value, while the most profitable phases are those that are completed by the manufacturing companies, that are usually found in European or North American countries; although some local factories that produce chocolate have recently opened in the Ivory Coast, we have tried it and it is not bad at all.

Before being transformed into cocoa or chocolate, the seeds must be toasted: after this procedure they take on the characteristic color of the cocoa, completing the taste and developing the typical aromas of chocolate.

Finally the shells are removed and the content of the seeds is grounded, thus obtaining the grain that is subsequently exposed to high temperatures; in this way the cocoa liqueur is generated.

The cocoa liqueur is used to make chocolate or is further processed to obtain cocoa butter and cocoa powder. 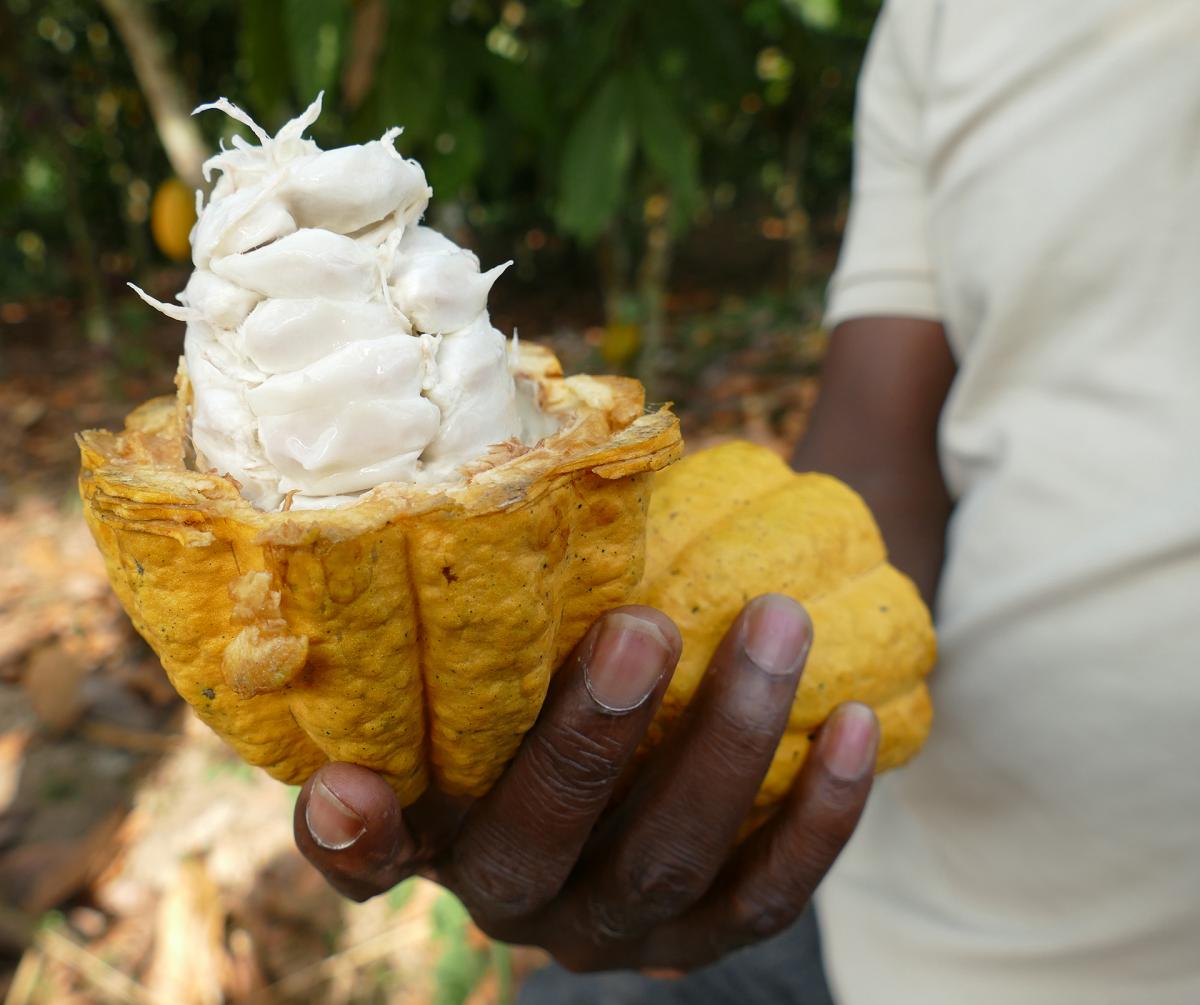