Ferkessédougou, often abbreviated as Ferkè is located in the North of the Ivory Coast and is a city that has more than 120,000 inhabitants.

Ferkè is in the territory of the Senufo; this settlement was founded in the 19th century by Ferkessé, a Niarafola leader, who was pushed westward by the expansion of the Kong empire.

At the end of the 19th century the area came under the control of the first Wassoulou Empire of Samory Touré and, later, of the French Colonial Empire.

The city is an obligatory point of passage for those who go to Burkina Faso and Niger and this strategic position has decreed the success of its commercial activities; there are two important markets in the city, a traditional one, where food and everyday objects are sold, and the livestock market, where zebus and goats are sold.

In 1929 the railway reached Ferkè, and this event represented a further step forward in the development of the city and the region, the railway in 1933 was extended further and connected Abidjan to Ouagadougou in Burkina Faso.

In addition to being close to the border posts and being the transport crossroads, Ferkè is also home to important schools and a hospital.

The economy of the Ferkessédougou area is mainly based on the primary sector, with large-scale commercial agriculture, with huge cotton and sugar cane plantations.

As in the whole North of the country, cotton is an important crop and the city has become a center for processing raw materials; cotton was introduced, with a large-scale production, by the French during the colonial period and still remains an important pillar of the local economy.

Cotton, in addition to being sold for the production of fabrics, has another use, the seeds, that constitute a production waste for the fabrics, are collected and used to feed the cattle.

In fact, Ferkè is not only an important livestock market but also a center for feeding animals, that often come here after having traveled hundreds of kilometers.

Once here the animals have time to regain strength and weight after the journey, especially the herds of zebus that come from the North, from Burkina Faso, from Mali and from Niger, and are directed to the Southern markets of the Ivory Coast.

The cattle are sold by weight, so it is essential that the animals regain weight, and an animal with a healthy appearance attracts many more buyers.

We visited the livestock market and it was fun to spy inside the various stables and fences and observe a large number of animals, zebus, sheep, goats and another species of goats with curved horns and cows similar to those in Europe.

The regional market of Ferkè is also interesting, part of the market is located along the main street while another area is covered and is full of colors, perfumes, people who contract and goods of all kinds.

Here you can find everything, from the most diverse seeds, to fresh food, from kitchen utensils to coffee vendors pushing their cart.

Here, as indeed throughout the Ivory Coast, coffee is a true institution; there are bars and clubs that serve this hot, steaming drink, accompanied by a piece of bread or a sweet; there are also an endless series of carts and small cloisters, all characterized by the word "caffè-express" that serve coffee with milk in glass cups. 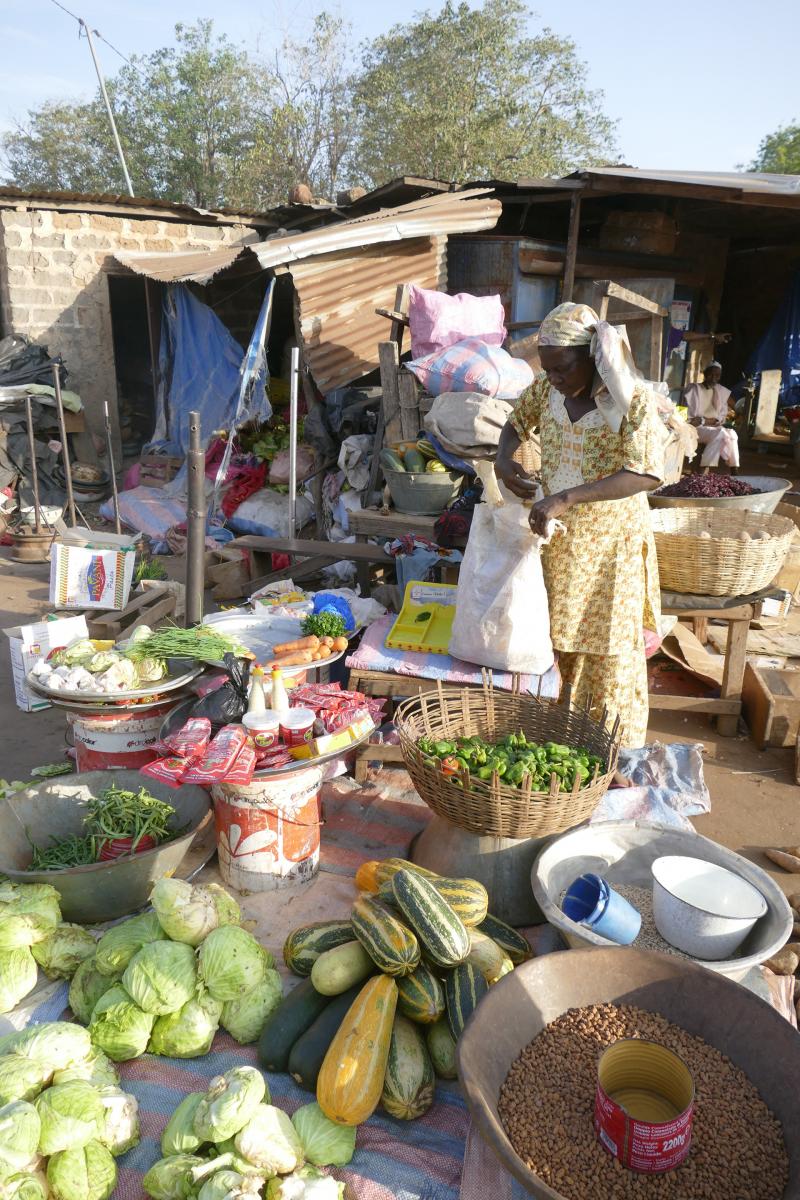