Itinerary of the trip to Botswana

Botswana is one of the favorite destinations for those who love to immerse themselves in wild nature, cannot wait to drive on the sand tracks without encountering other cars and want to observe the animals that are present in large numbers in this country, just think that a quarter of all the African elephants is found in Botswana.

However, our trip begins from Johannesburg, South Africa, where our car, Dr Livingstone,  is waiting for us the faithful companion of our adventures in this corner of Africa; Johannesburg is also the ideal place to stock up and prepare for the journey ahead.

The first stop on our journey is the Pilanesberg National Park in South Africa that is about two hours from Johannesburg and from Pretoria in a Northerly direction; it is a very beautiful park that offers excellent sightings, thanks to the presence of the Big 5and other species of animals and birds.

The hills of volcanic origin frame the Pilanesberg National Park, a fascinating alkaline complex produced by volcanic eruptions millions of years ago that actually cooled under the surface of the ground, later thanks to the phenomenon of erosion, they were brought to light; this feature makes this park unique from a geological point of view.

Before leaving South Africa and entering Botswana we visit the Marakele National Park nestled in the Waterberg mountain range.

The park is incredibly beautiful with impressive mountain landscapes, grassy hills and deep valleys, it is possible to spot elephants, rhinos and lions and an extraordinary variety of birds, including a large colony of Cape vultures, an endangered species.

The first stop in Botswana is the Khama Rhino Sanctuary, a sanctuary for the preservation of white rhinos and black rhinos, but also home to numerous species of antelope, giraffes, ostriches and countless birds.

We continue North-West until reaching the Boteti River, we want to explore the banks of the river and the Makgadikgadi National Park that, in turn, is part of the Makgadikgadi Pans Complex.

In the period from June to October, but this can vary according to the rains, in this area there is the migration of the zebras that, from Northern Botswana and Namibia, move to this area in search of water that they find right in the Boteti River.

Continuing North we stop at Gweta to visit the Ntwetwe Pan, that is always part of the Makgadikgadi Pans Complex.

The Ntwetwe Pan offers an incredible landscape, a salty and very white depression extends over an enormous surface, white is blinding and it seems to be on another planet.

The next stop is Maun, this town is the starting point to visit the Okavango Delta, from here the excursions by boat or mokoro, an ancient traditional boat, leave; you sail inside the delta, exploring the canals and swamps where hippos, elephants and an incredible number of waterfowl can be seen.

Maun is also the starting point for 4x4 photo safarison the Okavango Delta and mobile safaris that, from one stage to the next, reach the Chobe National Park; we will also start from here with a mobile camp to explore these unspoiled places. 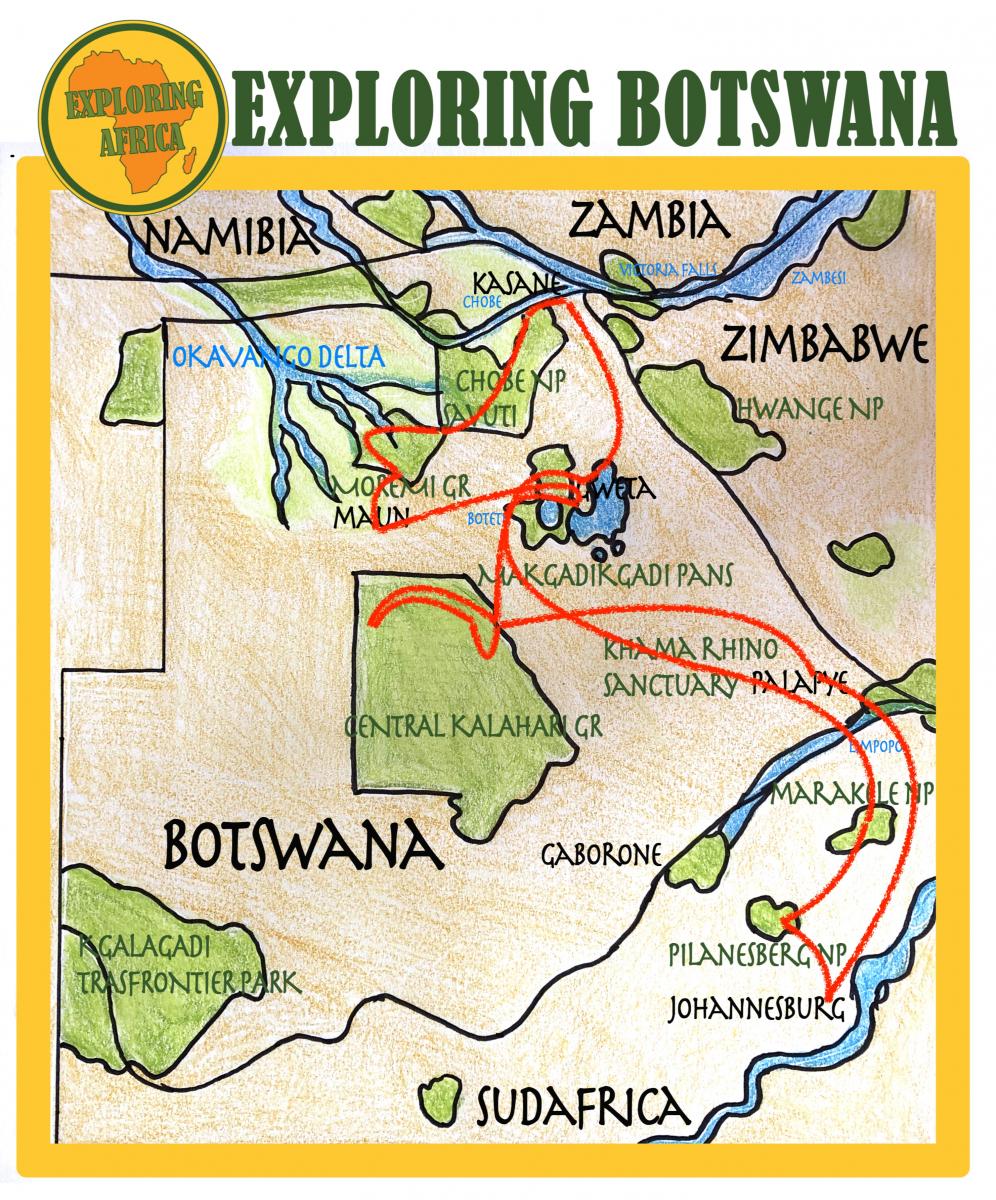 The Moremi Game Reserve is the first destination of our mobile safari and it is the most famous Okavango Delta area due to the high concentration of animals, it is one of the favorite places for photographers to spot the elusive leopard, in this area it is relatively easy to find and observe this beautiful feline.

The Moremi Game Reserve is also the territory where one has the possibility, more than in other places, of seeing the wild dogs, a species of canine threatened with extinction; furthermore there are lions, elephants, hyenas, hippos, giraffes and numerous species of antelopes.

From the Moremi Game Reserve we move to the Chobe National Park where we visit the area of ​​Savuti and the Chobe Riverfront.

The Savuti is a wild and remote place where two large herds of lions dominate the territory, that also sees the presence of elephants, hyenas, giraffes, wildebeests, cheetahs, honey badgers and numerous antelopes.

The Chobe Riverfront is the area that runs along the banks of the Chobe River, during the dry season it is the area where the animals that come to the river to cool off and drink, are concentrated, here, in addition to 4x4 safaris, we also do a boat safari, that always gives a different point of view of the park.

Once left the Chobe National Park, after a technical stop at Kasane, we head to the South-West, destination the Central Kalahari Game Reserve,the most wild and isolated place in this part of Africa.

The Central Kalahari Reserve covers an enormous area, over 58,000 square kilometers, the landscapes are incredibleas well as the boundless spaces, the human presence is limited to a few 4x4, and hardly in one day more than two vehicles meet, and the animals, that have adapted to this inhospitable territory, are splendid.

Lions, leopards, cheetahs and hyenas are the predators of this sandy expanse, buffaloes are absent due to the scarcity of water while some specimens of elephant are found, especially during the rainy season; the oryxes are very numerous, they are often seen while they are walking with their majestic horns on the sands of the desert or motionless under the sun.

Honeybadgers and Bat-eared foxes are present in large numbers, they are difficult animals to observe in other parks while here it is quite easy to meet them.

Our journey back to Johannesburg passes through the town of Palapye in Botswana and through Pretoria in South Africa.

A long and demanding journey, sometimes tiring, but that gives incredible satisfaction. 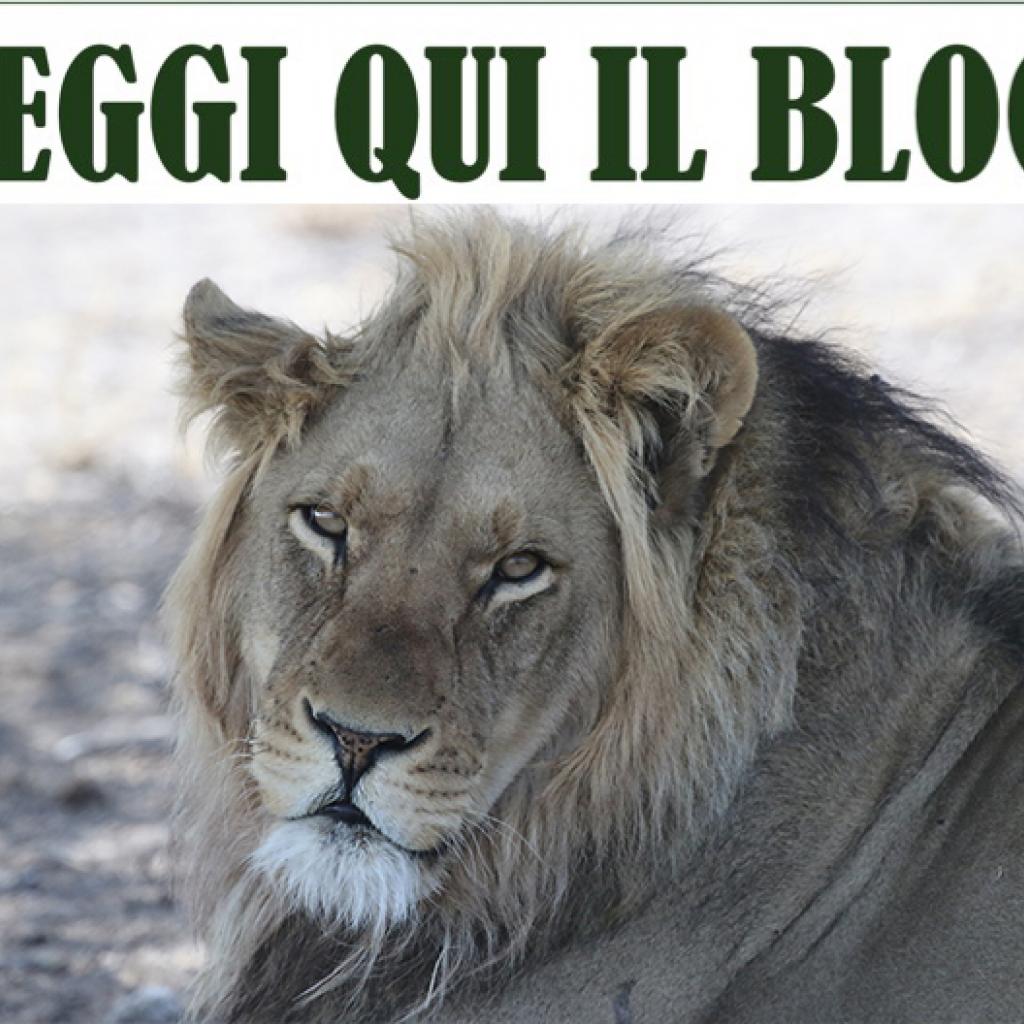 The travel blog in Botswana