The passion for animals, for photography and for every nuance that Africa can offer has brought us to a beautiful place: the uMkuze Game Reserve, in the province of KwaZulu-Natal, a place hardly visited by mass tourism.

uMkhuze is a place of great beauty and great contrasts, with an amazing diversity of natural habitats; it is also renowned for being the mecca of birdwatchers, with over 420 registered species of birds.

The reserve also hosts the Big 5 and rarer species such as wild dogs and cheetahs, as well as a multitude of species of antelopes and crocodiles, hippos, hyenas, giraffes and zebras; even if it is not easy to sight them.

One of the oldest nature reserves of the KwaZulu-Nataland the whole of South Africa, established in 1912; still today it preserves an extraordinary landscape of acacia savannah, rivers, pan and fluvial forests.

The reserve has in fact a surprising diversity of natural habitats, passing from the Eastern slopes of the Lebombo mountains, along its Eastern border, to vast expanses of acacia savannah, marshes and a variety of woods and river forests.

A fascinating and incredibly beautiful place is the ancient forest of indigenous fig trees, that is located along the banks of the Ukhuze river, that marks the Northern and Eastern border of the reserve; this pristine forest enchants visitors with its rich variety of enormous birds and trees, some of which have a circumference of 12 meters and are over 400 years old and are linked to popular legends and considered sacred.

Inside the forest you can participate in a walking safari accompanied by an armed ranger, it's a fantastic experience, the silence is broken only by birdsong and it's like going back in time.

The first part of the route takes place on elevated wooden walkways and on rope bridges suspended over the river and from that elevated position there is an unusual point of view on the forest.

The rest of the path takes place inside the forest itself, there are no marked trails and you move freely in search of sightings.

It is a beautiful experience even for those who are not keen on birdwatching, landscapes know how to repay the effort and uncontaminated nature leaves you speechless.

The more traditional off-road safaris are just as satisfying, the road network is well developed and in excellent condition, even the signage is excellent.

Moving by car in search for animals, including the white rhino and the black rhino, you will discover beautiful corners of the park and you can reach many places for the observation of animals.

Parked the car you reach the observation cabin, or hide, that is usually located in scenic spots or near waterholes, and here, comfortably seated inside the shed, expect the desired sighting, while some informative signs give a lot of details about the reserve and the animals that live there.

The huts located near the KuMasinga and KuMahlala pans are excellent, the waterholes are very popular with the animals that come here to drink.

The iNsumo Pan hosts hippos, Nile crocodiles and numerous bird species. The iNsumo supports one of the only two reproductive colonies of pink-backed pelican in Southern Africa; there are also great white pelicans and several species of ducks and geese, that gather here especially in spring.

The rare species present in the reserve are cheetah, hyena, suni and leopard and from 2013, the year of their reintroduction in the reserve, the lion.

In fact, in December 2013 the lions returned to roar in the reserve, after 44 years of absence, the project was realized in successive stages, bringing lions from different parks of South Africa, to ensure a genetic variety for future populations.

The project is still monitored today, the lions are equipped with radio collars and the park is littered with automatic cameras that snap if they detect a movement, the trap cameras.

We spent two nights camping in this reserve, that is located near the Western entrance.

We participated in a walking safari early in the morning, we left at 6:30 am from the reception of the park and we went by car to where the path for the walking safari begins.

We spent three hours immersed in the silence of nature, we spotted many birds and we listened to the stories of our guide.

After the walking safari we left by our car to explore the reserve; the observation huts were our favorite destination: we were there to observe nature and animals in complete silence; what a show!

We also witnessed a spectacular sunset over the water that made us fall in love with this reserve that, in our opinion, is not to be missed during a trip to South Africa! 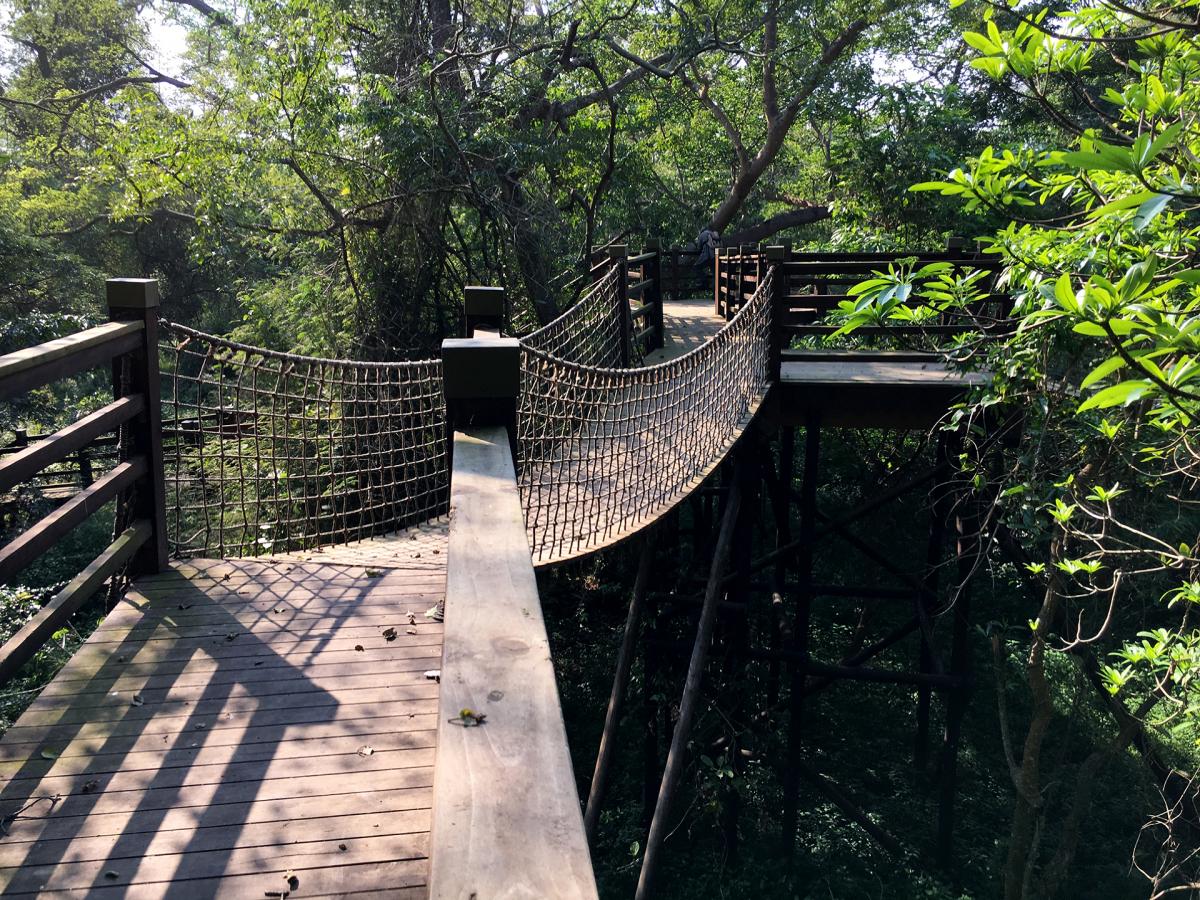 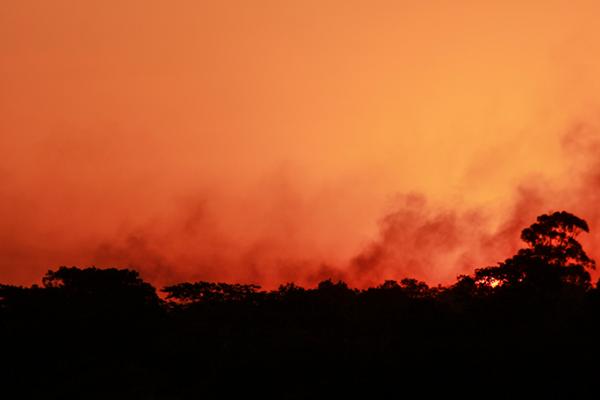