The trip to Swaziland, or eSwatini as it is called now, has allowed us to discover the natural beauty of this small state, but also to learn more about the traditions of its population: the Swazi.

The Swazi are part of the Nguni, to which also theZulus, the Xhosaand the Ndebelebelong, the Swazi separated from the others in the period of the Mfecane, a period marked by wars and forced migrations of numerous ethnic groups, following the ascent of the Zulu nation, commanded by the powerful king Shaka.

Some groups retreated to the Drakensberg mountains to colonize the area of ​​today's Swaziland or land of the Swazi.

Their social organization was quite simple, men practiced cattle breeding, that constituted their wealth of a family, while agricultural work was reserved for women.

The importance of livestock is also evident in the arrangement of the traditional Swazi village, at whose center is the fence to keep livestock at night.

Livestock also played a central role in social relations, the price to be paid to parents to marry their daughter was determined in cattle.

Meat was rarely consumed and only on special occasions and for ritual purposes, while milk and dairy products were the staple food for children, while they were absolutely taboo for married women.

Other taboos prohibit the consumption of fish, while females are forbidden to eat eggs, in the past even some wild animals were considered taboo and were not hunted.

The huts are built as a "beehive" with a structure of interwoven woods, similar to that made by the Zulus, with whom they share many traditions, and covered with woven straw and ropes to fix and stabilize the roof.

In the village there is the "big hut", the indlunkulu, a larger hut that is used as the family sanctuary, dedicated to the ancestors.

Other huts are occupied by wives, while the village chief's mother has a larger hut.

Marriage is defined as the union of two families, once polygamous marriages were common, but the spread of Christianity and economic conditions have made them much less common today.

A peculiar detail of the Swazi tradition consists of love and engagement letters that are made with colored beads and form a necklace with a square pendant representing the declaration of love.

Almost all women wear this particular form of declaration of love even if today they are sold as souvenirs.

Although Christianity is the predominant religion ancestral beliefs about the supernatural are still important and the elderly male in each family maintains communication with the ancestors.

Many people consult traditional healers, who employ natural medicine and numerous rituals in their care.

The Swazi believe in witchcraft and diviners, some farms are protected by powerful rituals while the diviners are often possessed by the spirits that reveal to them what the future holds for them.

We also had the opportunity to witness the traditional Swazi dances that are based on physical prowess and acrobatics just like the Zulu "cousins".

The women wear pretty colored sheets and anklets with a series of shells that play to the rhythm of the dance.

Men wear a kilt and accessories on their arms and legs giving them a menacing appearance. 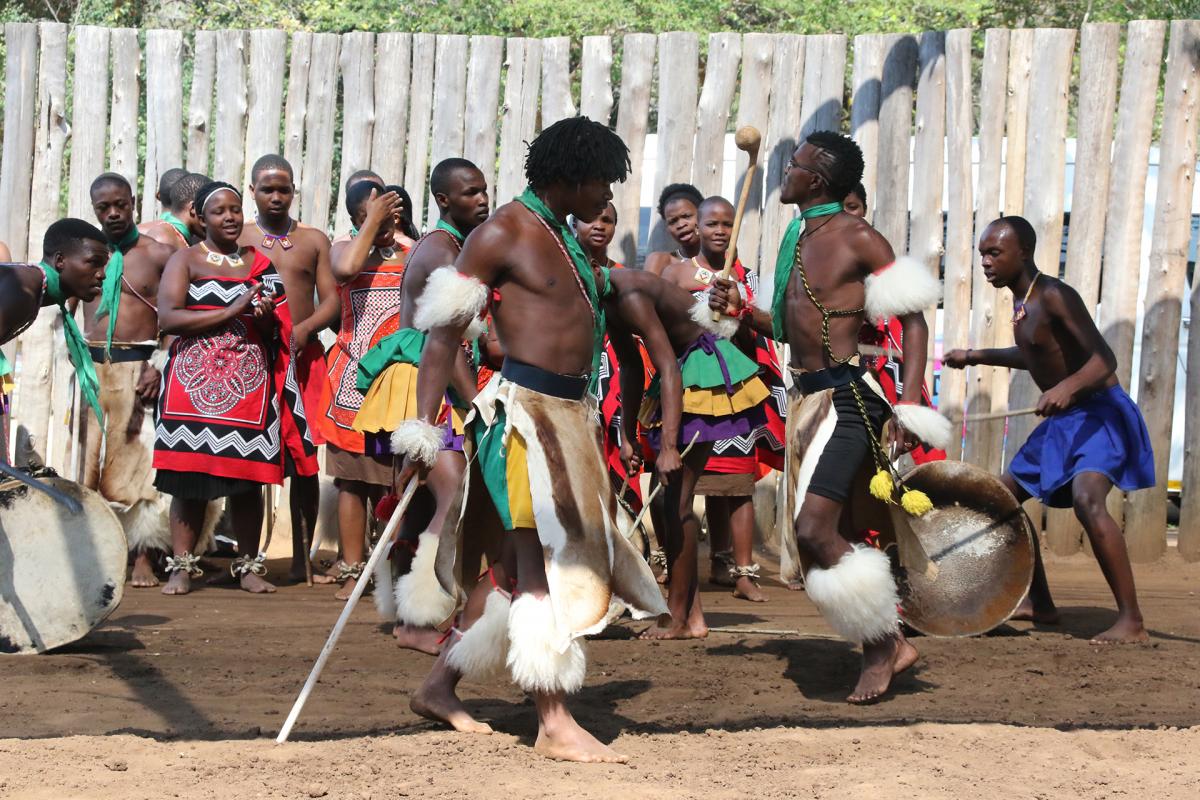