After scouring and admiring the uMkhuze Game Reserve, that is located in the Western area of ​​the iSimangaliso Park, we spent a few days exploring the St Lucia Lake area, along its roads and tracks, both on the East coast and on the West Coast.

The iSimangaliso Wetland Park is located on the North-Eastern coast of the South African province of KwaZulu Nataland extends to the border with Mozambique; it has been declared a World Heritage Site by UNESCO and includes, in addition to the St Lucia Lake and the uMkhuze, also Kosi Bay, a coastal forest, the Sibaya Lake, the Sodwana Bay, Cape Vidal, Maphelane, Charters Creek and False Bay .

The St Lucia Lake, is a unique and special place, the uniqueness of the place lies in its remarkable diversity, especially in the combination of a subtropical coast and a classic African park.

The St. Lucia Lake, that is positioned parallel to the coast and separated from the sea by the world's highest woodland sand dunes, is actually a huge estuary, home to a large population of hippos and crocodiles, as well as 530 bird species.

The Western Shore, is an area characterized by a grassy plain reminiscent of the savannahs of some African parks, where you can meet zebras, buffaloes, kudus and other minor antelopes.

Entering the park and going along secondary roads you can also see the elands, the elephants, the rhinos and the leopards.

In this section of the park it is easy to run into the dung beetles, a very special insect but essential for the ecological balance of the whole area; care must be taken when driving to avoid them.

Even elephants are a key element for the park, these huge mammals are considered the architects of the savannah and are contributing to the rebirth of this park since 2001, when they were reintroduced.

The best way to enjoy the scenery offered by the lake is by boat, by gliding over the water you will observe the noisy hippos, crocodiles, waterfowl and other animals that inhabit this area.

The Eastern Shore is a narrow strip of land between the St Lucia Lake and the Indian Ocean coast, it is a magical and incredibly beautiful place, passing from dense coastal forests, to ocean beaches where the waves crash noisily at portions of savannah to partially vegetated sand dunes.

On these beaches, in the month of November, the Carretta carretta turtles or Loggerhead Turtles and the Leatherback Turtles come to lay their eggs, this is considered one of the most important breeding sites of the coasts of South Africa.

The Protected Marine Area of iSimangaliso protects the Southernmost coral reefs in the world, and houses about 1,200 species of fishes, 43 different types of hard corals and 11 soft corals, starfishes, urchins, sea cucumbers, octopuses, cuttlefishes and numerous predators such as the kingfish, the tuna and the sharks.

In these waters you also have the opportunity to see the humpback whales that frequent this part of the ocean; every year, between mid-June and November, these marine mammals come to this stretch of coast to give birth to their puppies, taking advantage of the warmer waters.

They are visible from the beach but it is possible to take part in a boat trip to see the whales more closely, it is a unique sight to spot a whale with its cub, also numerous dolphins will peep near the boat.

The iSimangaliso, is a destination not to be missed and offers a wide range of activities, from fishing, boating, bird watching, scuba diving, whale watching, hiking, safaris and camping; they are all wonderful opportunities that the area offers as well as spectacular photographic opportunities. 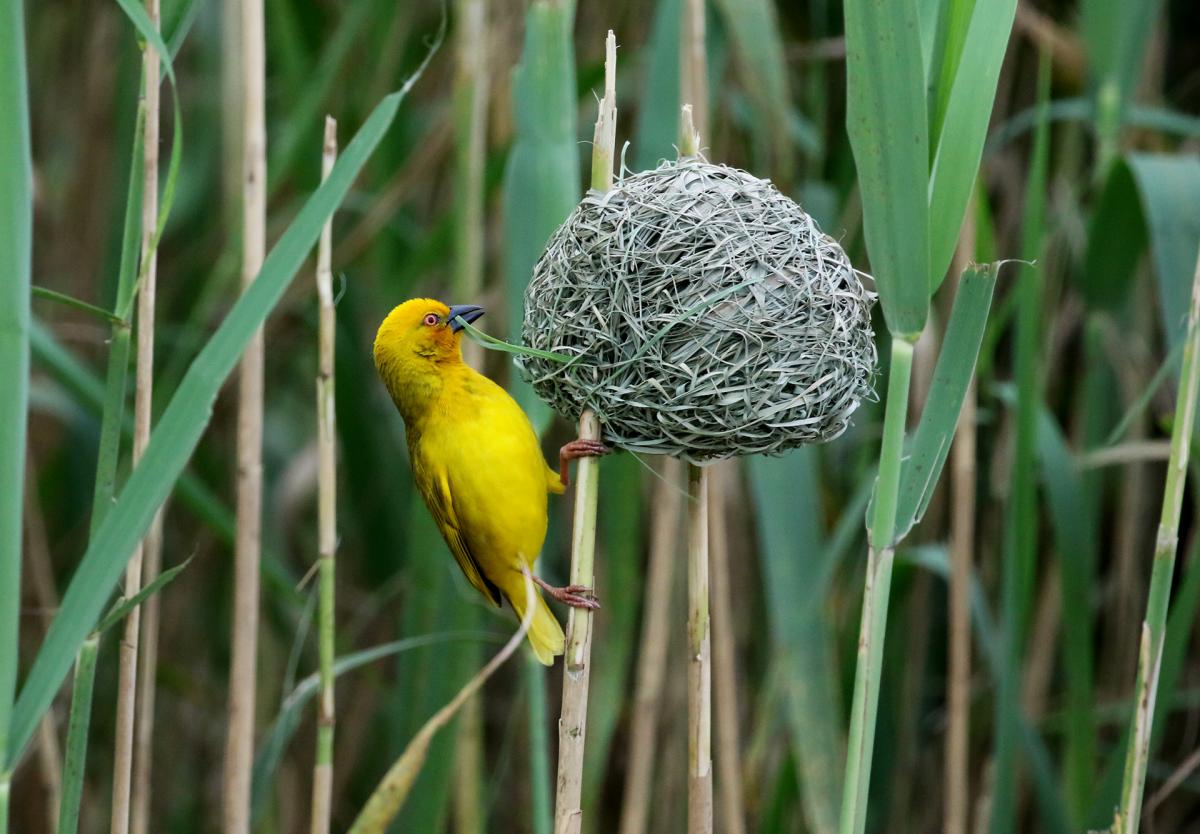