During our journey in the territories of Eastern South Africa we came across different populations, including the Pedi or Bapedi, a group that occupies most of the Limpopo territory between the Olifants river and the Drakensberg mountain chain.

The Pedi gave birth to a solid and influential monarchy; the Pedi kingdom, that boasts numerous victories against the Boers and British armies, it was one of the strongest and largest in Southern Africa; between the middle and the end of the 1800, under the warrior king Sekhukhune I, their kingdom extended from the river Vaal, to the South, up to the Limpopo River, to the North.

The Pedi were defeated and subjugated to the British Empire only in 1879, when they were forced to surrender after an interminable battle.

Linked to this historical fact there is a legend that is still handed down today.

During the battles the Pedi did not take prisoners, but always killed their enemies, with the exception of women and children, who, instead, were captured as spoils of war; in battle, therefore, they never attacked women, but only men.

It is said that, taking advantage of this code of combat, the English general put a Scottish battalion with soldiers wearing traditional kilts in the first rows of the British army, this tricked the Pedi into believing they were women and they did not shoot .

When they realized they were not women it was too late and the Pedi lost the war.

Even today some Pedi men wear Scottish kilt, there are different hypotheses why they started using it, they are said to have started using it trivially to be exchanged for women in battle, or simply because the Scots gave them kilts during reconciliation, once the war was over.

Whatever the true story is, it's bizarre to see the kilt worn so far from the Scottish highlands.

Before being conquered by the British, the Pedi lived in rather large villages that developed around a central area, that had more than one function: meeting place, cattle shed, cemetery and ancestral shrine.

The huts were circular with the roof made of dried grass and collected in bunches tied with ropes, each wife had her own hut that was connected to the others with a series of fences and surrounded by a wall of mud and stones.

The economy of the Bapedi was based on agriculture and breeding, the tasks were divided between men and women, the women took care of the agriculture and the maintenance of the huts, as well as the realization of mats and baskets to preserve the food; men devoted themselves to hunting and cattle care, but also to woodworking, leather tanning and blacksmithing.

The Bapedi believed, and still believe today, in a creator god of heaven and earth to whom they address their prayers for the rain.

The ancestral cult foresaw the presence of a figure who acted as an intermediary between the world of the living and that of the spirits, a diviner, a position that was inherited patrilinearly; this figure still exists today but is commonly inherited by a woman.

Other rituals and ceremonies were celebrated for special events, such as the birth of a child, marriage and funerals.

Unfortunately, the previous apartheid regime and the growing evolution of society and economy have changed significantly the Pedi way of living, they now live in buildings considered more modern and efficient, no longer practice traditional rituals and Western clothing has replaced progressively that typical one of the past. 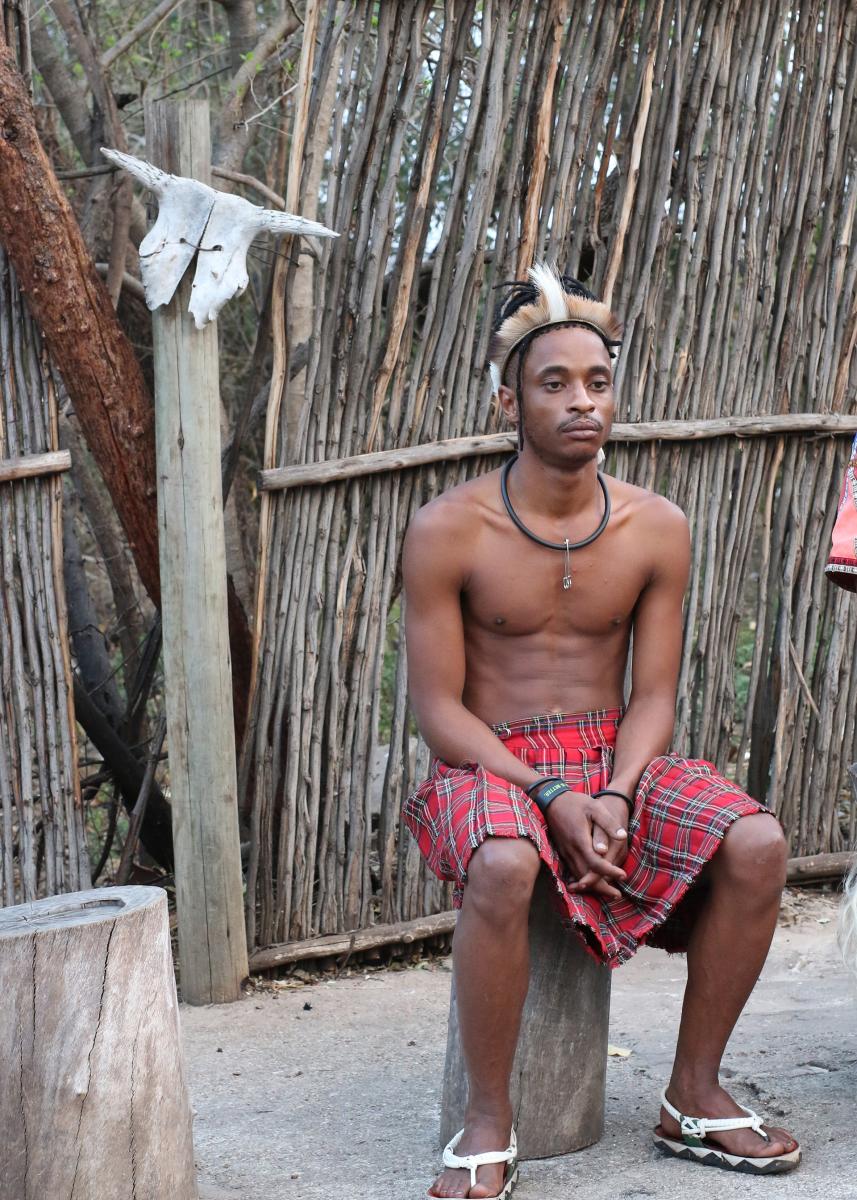