During our short stay in Swazilandwe had the opportunity to deepen our knowledge of the Swaziand immerse ourselves in the nature of this small kingdom, visiting the Hlane Royal National Parkand the Mkhaya Game Reserve.

The Mkhaya Game Reserve is located in the South-East of the country and in an area of ​​former farms, converted and that became today one of the best examples of conservation and preservation of species of animals at risk of extinction.

Initially, the reserve was set up to save the last herds of local Nguni cattle, a mission that succeeded perfectly and today these farms provide the reserve with economic independence.

Today, the reserve is a paradise not only for endangered species but also for a number of other animals that find a safe and free of poaching environment here.

The safaris inside the reserve can only be done with the lodge's cars and accompanied by a local guide, you park your car just inside the reserve gates and continue on the fantastic open Land Rovers, that make you live the full emotion of a safari.

Mkhaya is divided into areas isolated from one another, some are very large and are home to many animals, others with smaller sizes, that are used for the reproduction of some species, that are then released in the larger sectors.

The real protagonists of the reserve are the rhinos, here you can find both white and black rhinos, it is quite easy to come across these beautiful animals, although not as easily as at the Hlane Royal National Park.

Among the various animals present, we were lucky enough to spot a very particular albino wildebeest specimen.

In the three safaris we did in this reserve, we could observe the beautiful kudus with very long horns, the ever-present impalas, the elegant giraffes, the spectacular nyalas, the massive buffaloes and of course the rhinos.

In the reserve you can also do walking safaris, walks in the savannah to experience nature from a closer point of view and hear the noises, smells and notice those details that are not seen from the jeep.

By walking safaris it happens that you approach the animals very closely, you must of course follow the instructions that are given by the guide, to avoid wrong and potentially dangerous behavior; the feeling is incredible and you realize how much the animals are larger than you see them from the car, the raised perspective of the off-road tricks.

Our short walking safari was unbelievable, we had the opportunity to caress a white rhino, thanks to the fact that our guide knew the animal since it was a puppy and now is recognized as one of the group and this rhino lets him approach and touch, indeed, we found that it appreciates a lot the scratches.

The Mkhaya reserve is the most exclusive destination for Swaziland nature safaris, the Stone Camp has an incredible atmosphere, located along the banks of a river, dry during the dry season; the camp is immersed in a luxuriant nature with imposing trees of African Kigelia, known as the sausages tree because of its elongated fruits, and by Acacie nigrescens.

The reserve takes its name from the Acacia nigrescens, in fact in the local language this acacia is called 'Mkhaya'.

The Stone Camp's stone cottages are fantastic, reminiscent of the traditional huts, are covered by a thatched roof, but the walls are completely open, the wall ends at about 80 cm and leaves the band open until the beginning of the roof.

Privacy is guaranteed by the lush vegetation, but the real magic begins in the evening because the camp, that has no electricity, is illuminated by numerous paraffin lamps, that give a romantic atmosphere.

Dinner is served under a hut open on the sides, you can hear the bonfire of the firewood and the traditional songs of the camp staff, all belonging to the local communities and proud of their traditions and their nature.

Spending a night in this camp is an incredible experience, you can hear the sounds of nature, the rustle of the branches moved by the wind, the light of the moon that filters through the opening and the calls of the nocturnal birds. 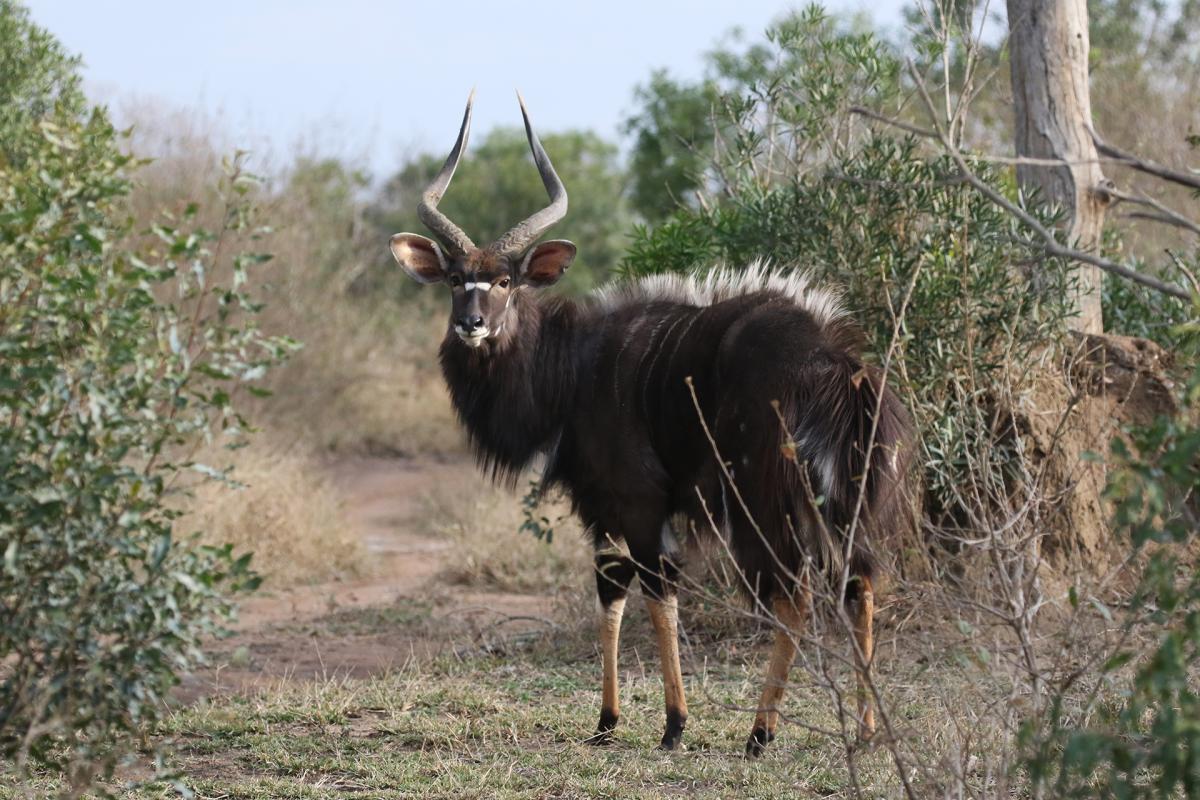