Our trip to South Africacould not fail to include a visit to the Hluhluwe-iMfolozi Park, the reserve symbol of the conservation activity of the rhinos.

The park is located in the South African province of KwaZulu-Natal, in the heart of the Zululand, and, in the past, it was a hunting reserve for the Zulu kings Dingiswayo and Shaka.

Hluhluwe-iMfolozi is the oldest nature reserve and sanctuary in Africa, in the past the two reserves were separated but now they have been united in a single large conservation area that covers a territory of ​​over 960 sq. Km and hosts an immense diversity of fauna and flora.

To better visit the two areas of the park we decided to stay in two different structures: the Hilltop Lodge in the Hluhluwe section and the Mpila camp in the iMfolozi section; in this reserve it is not possible to camp.

The Northern region of Hluhluwe is mountainous and covered with forests, while the South area of ​​iMfolozi is characterized by a wavy savannah.

This diversity of territory also determines the presence of different species of animals; the open savannahs, for example, are the territory of the cheetahs; while the wooded areas are an elephant's paradise; over 340 species of birds have been recorded in the reserve.

The park is home to all the African Big Five, namely lions, elephants, leopards, buffaloes and rhinos, in addition to these are other species including the African wild dogs, cheetahs, hyenas, giraffes and several species of antelopes, finally here are different species of reptiles and amphibians, that inhabit the banks of rivers and streams: like the Nile crocodiles, the water turtles, the tortoises, different snakes, and many lizards.

Hluhluwe-iMfolozi is one of the largest parks in South Africa and is the best place to meet the rhinos, here it is the highest concentration in the world of these animals, and it is above all to admire these beautiful creatures that we have chosen this incredible place.

Thanks to Operation Rhino in the '50s and '60s, the Hluhluwe Umfolozi Park became famous all over the world for its conservation of the white rhinos, it is thanks to the work that was done here that today we can still admire these beautiful animals, that otherwise would have died out.

Today Operation Rhino is focusing its efforts on the protection of the black rhino and the Game Capture unit, transformed into the Centenary Capture Center, is a reference point for the reproduction of these animals and their consequent displacement in other protected areas of the country, as part of an important restocking work.

Hluhluwe is characterized by a mountainous landscape and offers spectacular views, the terrace of the Hilltop Lodge is among the most beautiful spots from which to admire nature and observe some curious nyalas approaching in search for food.

From the lodge there are also organized park safaris, with expert guides, both at dawn and at sunset; the latter make it possible to spot crepuscular and nocturnal animals and it is also the only way to see them since the autonomous safaris, after sunset, are forbidden.

The territory of Hluhluwe gave us a day of spectacular safari, on the same day in fact we spotted 4 of the five Big Five present in the park, missing only the leopard; we also spotted a pack of wild dogs and giraffes, kudus, jackals, several antelopes and numerous birds, including the beautiful bateleurs.

The iMfolozi Game Reserve section is located in the Southern part of the Hluhluwe Imfolozi Park and is characterized by a hilly landscape and wide sections of open savannah, that make it easier to sight the animals.

There are numerous vantage points from where you can admire the bends of the river, often populated by elephants that come down to drink; the landscapes are enchanting and the sighting of the animals is almost guaranteed.

Inside the reserve there are also several observation hides, ie well camouflaged hiding places, from where you can observe the animals without them being aware of the presence of man, overlooking permanent waterholes where birds and mammals go to drink; these hides allow you to observe the wildlife at close range.

Our experience in this section of the park was fantastic, we were lucky enough to admire numerous white rhinos, even at close range, and a magnificent specimen of black rhino. 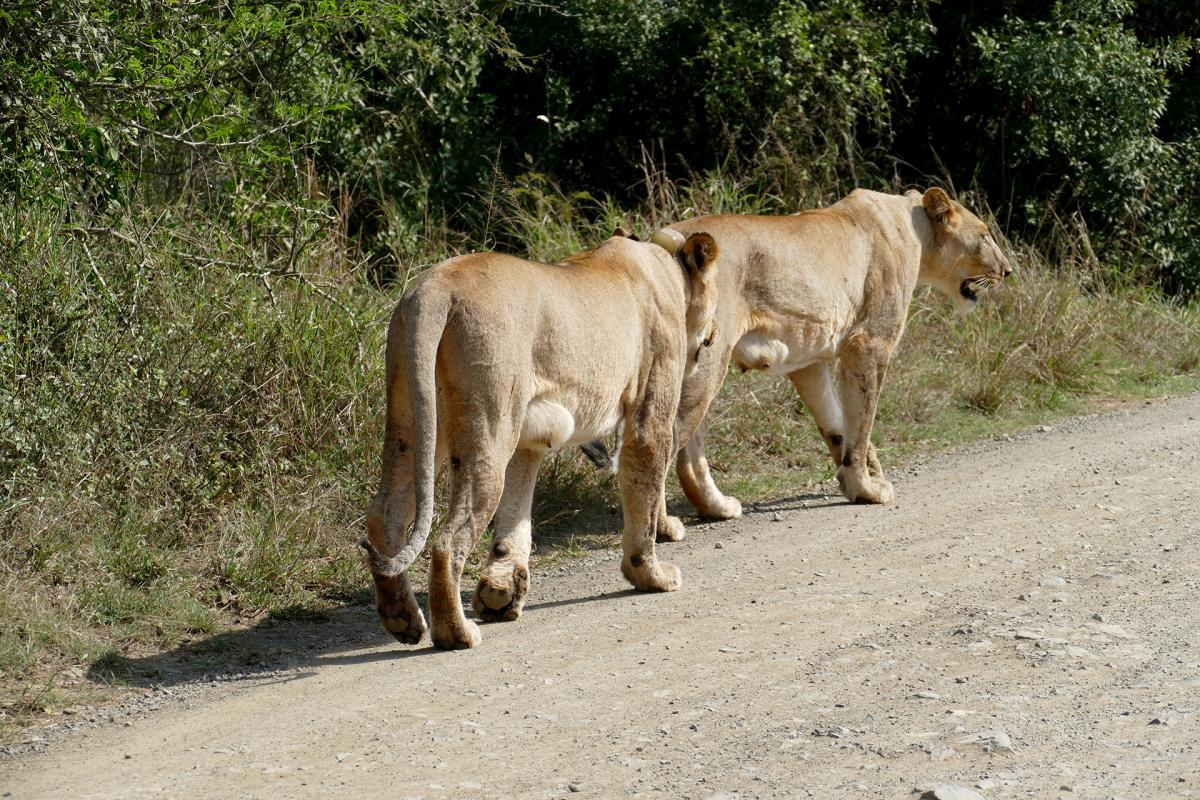