The passion for the safaris and the desire to know always new places brought us, during our trip, to spend two pleasant days in the Hlane Royal National Park.

The Hlane Royal National Park is the largest conservation area in Swaziland, it is located in the Eastern part of the kingdom and protects numerous animals that symbolize the African savannah, especially the rhinos.

Often the Royal National Park of Hlane is chosen as a stop for those who are traveling to the Krugeror to Mozambique, a sort of technical stop to break the journey; but this nature reserve deserves much more.

From the entrance you reach, in no time the heart of the park activities, the Ndlovu camp that, in addition to comfortable cottages, offers a fantastic restaurant and a garden with an incredible view of a waterhole, where it is frequent to see elephants and rhinos drinking while the hippos wallow happily in the water.

From the Ndlovu camp there are also guided safaris, with park rangers, both with open 4x4 cars, and on foot for a walking safari in close contact with white rhinos.

The park boasts the highest probability of observing the rhinos of all Swaziland but also of all of Southern Africa, and we can confirm this.

At our first self-drive game we were lucky enough to find a group of 6 white rhinos that ate safely a few meters from the road, that then crossed right in front of our car; a very fascinating catwalk.

The Hlane Royal National Park is divided into sectors to separate some species from the others, for example the lions are in a dedicated area of ​​the park, separated by rhinos, to prevent them to hunt the puppies.

The only way to visit the lion sector is to participate in a guided safari by car with the guides of the park, in the area of the felines, in addition to the king of the savannah, there are elephants, giraffes, kudus and other species of animals , but the main attraction remain the lions.

The lions were reintroduced in the park after they were extinct due to hunting, they are the symbol of the kingdom of Swaziland and these two flocks represent the pride of the nation and are the destination of many educational excursions.

We were lucky enough to observe them as they basked in the hot sun and brushed each other cuddling, to strengthen their family ties.

The park is the only area in Swaziland where you can admire the lions, but the park also hosts four of the Big5, only buffaloes are missing.

The central area, where the main camp is located, is the rhinos sector; here are numerous specimens of white rhino and sightings are practically guaranteed.

We were lucky because these good giants came to the waterhole in front of the camp to drink and then they lay in the sun for most of the afternoon, it also showed a mother with a puppy a few weeks old, even if it was a fleeting appearance.

We have chosen to spend our stay at the Bhubesi Camp, located in the third sector of the park, the largest, where there are numerous species of antelopes, hyenas, zebras, wildebeests, leopards, warthogs and the further South nesting place of the continent of marabou storks.

It is easy to travel around the park, there are many roads and tracks in good condition and only a few points need a 4x4, this at least during the dry season while, during the rainy season, the roads become muddy and driving is much more difficult and stressful.

The vegetation is quite thick, especially in some areas, and makes sightings particularly challenging, but it is a challenge that we willingly accept.

The Bhubesi camp is composed of stone cottages that guarantee total privacy and a terrace, equipped for the brai, that overlooks the river below.

The park is characterized by abundant and diverse flora and the Acacia nigrescens, or Knob Thorn tree, is the most important tree because it is the favorite for nesting by numerous birds of prey, especially the martial eagles and vultures.

The Hlane National Park is in fact an interesting destination for birdwatchers, here are the bateleurs, the martial eagles, five species of vultures, numerous species of waterfowl and the red bill that is not so rare in itself, but in Swaziland it disappeared from the ‘80s, while today it has stable and growing residents.

In our experience the park is definitely worth a visit, its atmosphere is unique, there is no overcrowding as in the nearby Kruger National ParkinSouth Africaand sightings, especially rhinos, are extraordinary. 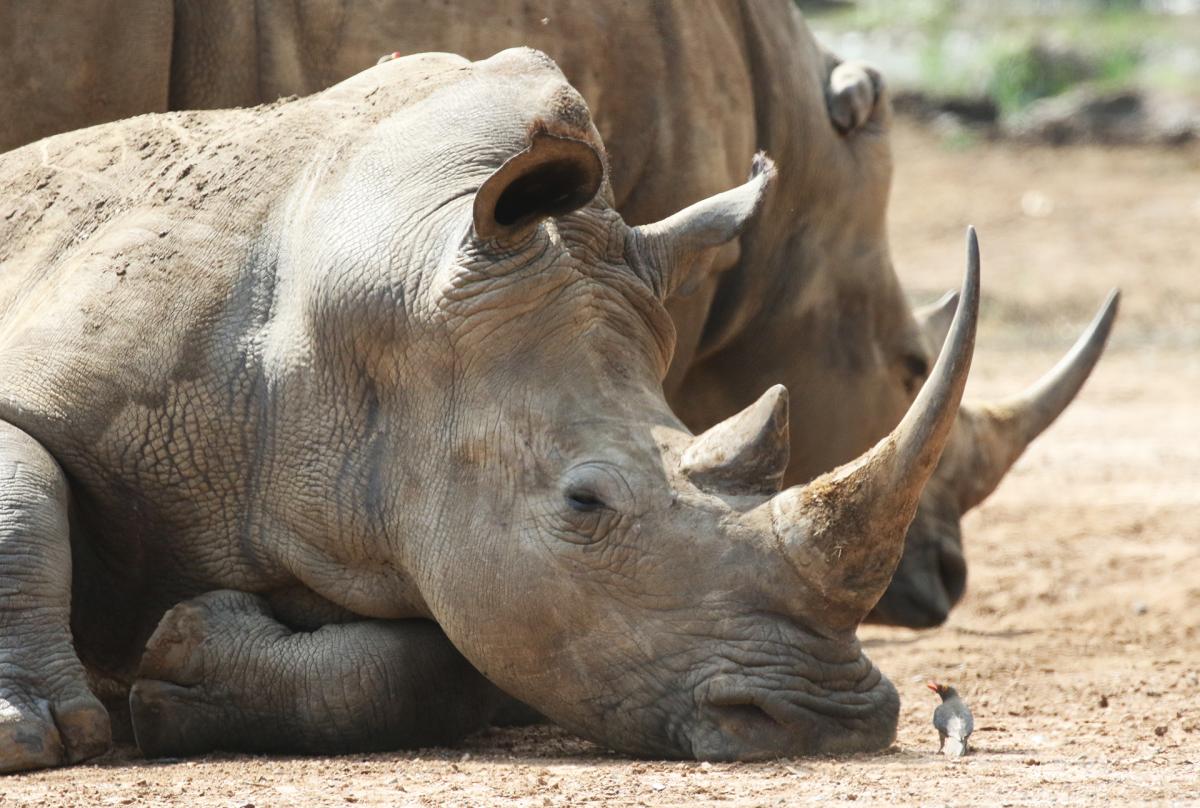