Togo is a fascinating West African country, rich in traditions and culture; it is a tribal world, still guided today by the spirits of the ancestors.

Along the coast, where the voodoo is a very popular religion, it is possible to observe the priests who practice worship, you can watch the dances, that culminate in the trance of the participants; one can witness the great influence that the voodoo spirits exert on their followers.

Voodoo is the traditional religion of Southern Togo and is the most rooted in local culture and the presence everywhere of temples, altars and fetishes is the proof of this.

In the villages the adepts use to meet on special occasions and, after collective praises and propitiatory sacrifices on the altars of the deities, they launch into wild dances.

Feticheurs, the priests, are seated alongside fetishes; the songs of the women accompany the rhythm of the drums, that becomes increasingly frenetic, while some of the participants fall into a deep state of trance, marked on the physical level by a form of catatonia, with strong muscular rigidity and insensitivity to pain.

It is thought that during the trance state, in a particular altered state of consciousness, the participants come into contact with the spirits of the ancestors.

Lomé, the capital of Togo, stretches across the sea for about ten kilometers, not far from the border with Ghana; in the old city, located in the center, it has numerous colonial-style buildings and wide avenues.

It is an interesting city, where it is pleasant to walk among the low houses, surrounded by the colorful crowd of means of transport and by the itinerant merchants; it is interesting to stop in front of small shops or workshops of wood or iron craftsmen.

The visit of the three-storey building located in the center of the Grand Marché always translates into animated and entertaining discussions with the Togolese, dynamic and friendly mami.

In the evening, caressed by a pleasant breeze, you can easily walk along the sea, accompanied by the rustle of coconut trees.

In the Alédjo Wildlife Reserve, in a section of the Togo Mountains, a natural area of ​​7.65 square kilometers, there is the Faille of Aledjo, a rift in the rock that testifies to the fatigue of man: the Germans, during the colonial period, dug the rock to pass a motorized road through the natural rock.

Many animal species live in Togo, including several mammals such as hippos, giraffes, waterbucks, buffaloes, hyenas, warthogs, numerous primates and even some elephants and lions.

Among the populations present in Togo, the Tamberma, a population that has found refuge for many centuries at the foot of the Atakora Mountains, are among the most fascinating and interesting.

The place, that this population has chosen to live, is difficult to access and has allowed them to protect themselves from the slave trade; still today large fetishes, with a phallic form, protect the entrances of their houses, whose architecture is considered one of the most beautiful in Africa; in fact their fortified houses are real clay castles built on three levels.

In the Kara valley, the heart of the Kabye region, you can get in touch with this population, who lives in villages with houses built in mud and stone, scattered in the fields, among large kapok trees, mangoes, teaks, palm trees and baobabs.

To cultivate the little land left available from the rocks, the Kabye, tireless workers, have adopted the terraced agricultural system.

Togo also enjoys a well-deserved reputation for cooking, that is considered the best in West Africa: the secret of their success lies in the less fat and vegetable-rich sauces; the typical dishes are different depending on the region, in any case the national dish of West Africa is the Fufu, that in Togo is prepared with white grounded yam, reduced to a pasty consistency and accompanied by different sauces, often very spicy.

You will find it in many restaurants in the city but also on the stalls that are located along the streets.

The bananas are served in different ways: grilled, cooked, fried or even reduced to mash while mangoes, papayas, citrus fruits, avocados and pineapples are sold everywhere and have an incredible flavor. 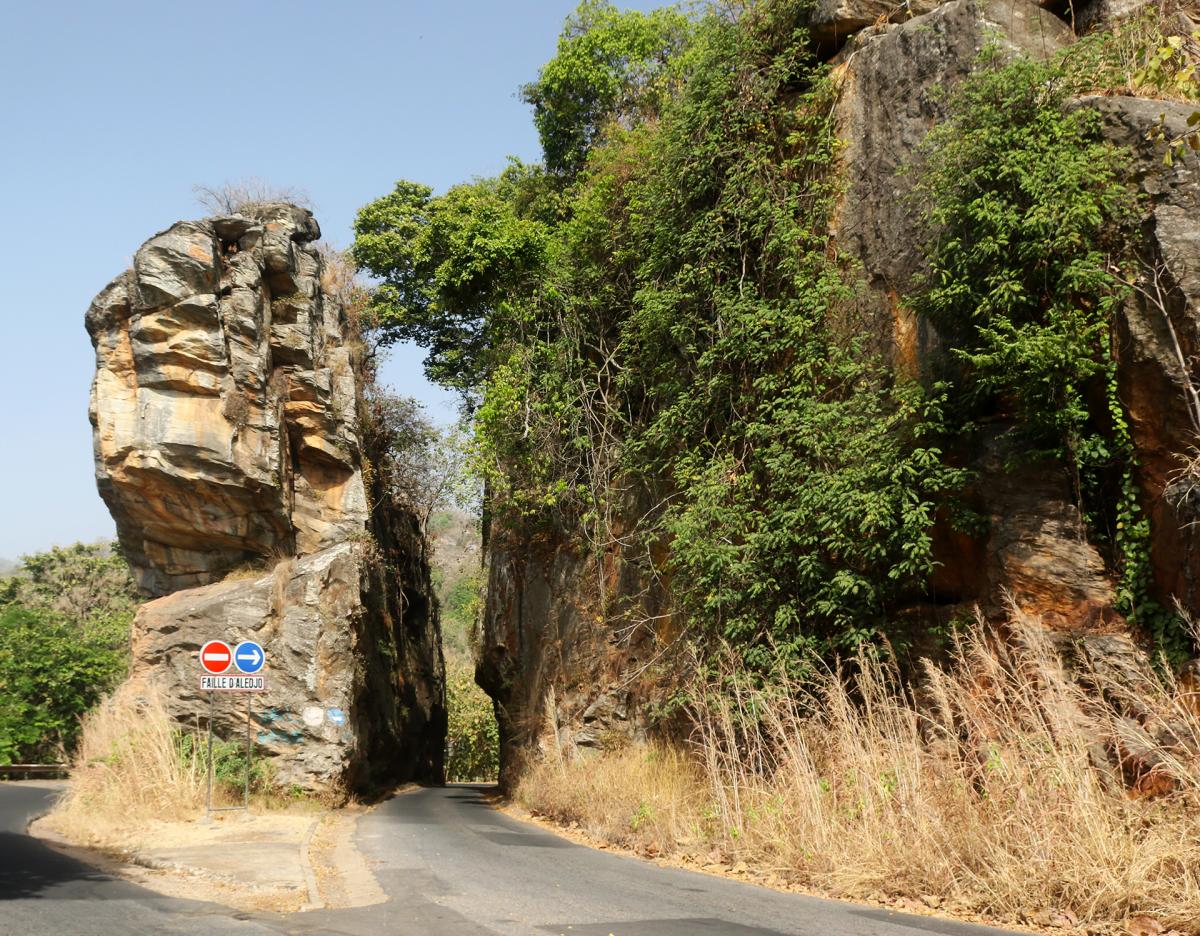