The Temba, also known as Kotokoli, are a complex and heterogeneous ethnic group, composed by a native rural population, as well as merchants, shepherds and skilled knights.

The alternative names for the Temba are Tem, Tim, Tembia and, as already mentioned, Kotokoli.

The Temba have no traditions and a highly developed culture, that has its roots in a distant past, this can be attributed to the strong ethnic mixture that has been created over the years with the different migratory waves.

The myths and rituals that belonged to the indigenous peoples, before the arrival of the other ethnic groups, were not maintained, for example the ceremonies of collective initiation no longer exist.

The Temba have adhered to the animistic beliefs, similar to those of the neighboring populations, including the belief in a creator god, the presence of different kind of benevolent and evil spirits, the worship of ancestors and the belief in reincarnation.

These influences, due to the various migrations, affect the structure of the village, the benevolent but invisible spirits are the arzini, the Temba represent them, using some materials, for visibility; in this way they create objects, known as lezazi, such as the conical mounds placed at the entrance of the housing complex or figures carved in wood or made of clay, that are kept within the walls of the village.

These figures do not represent the ancestors but the spirits that protect against diseases and other misfortunes.

Even the ancestors are present in the Temba housing complex, they occupy a place of prestige, in the middle of the courtyard, here in fact there is a tomb, where the deceased of the family are buried.

The dead continue to be present in people's lives and the tomb is used as a comfortable base to deposit everyday objects and sometimes even for food.

The village, or rather the housing complex, is formed by a series of huts placed in circle to enclose the central courtyard, where the sepulcher is placed; another characteristic of the Temba villages is the presence of a large tree.

The huts are in fact placed near a baobab or a mango tree that, in addition to providing shade, provides high-protein fruits.

There are several sculptures attributed to the Temba, but these belong to a very early stage in the history of this population, today the tradition of making statues has been lost and there is no information on the function of these great sculptures, if they also served as lezazi or if they had different purposes, perhaps they represented a clan or a village, but these are only assumptions.

A feature of the iconography of these figures is the cylindrical basic shape, typical of all the Northern Togo figures, and in particular the angled forearms in which the hands join at the height of the genitals.

Statues have been found that portray many more details of the face and body, often a high ridge is exposed that can be in line with the nasal bridge; however, the statues attributed to the Temba show no scarification. 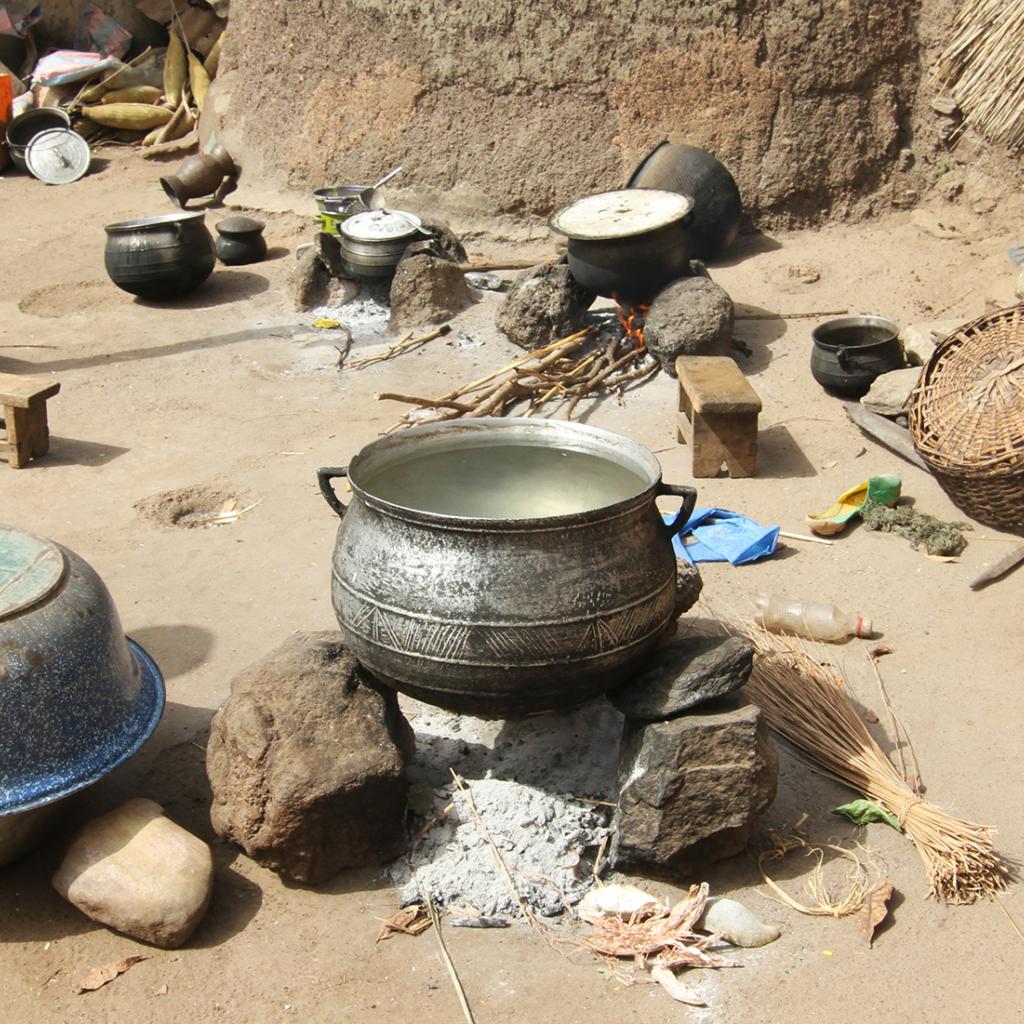 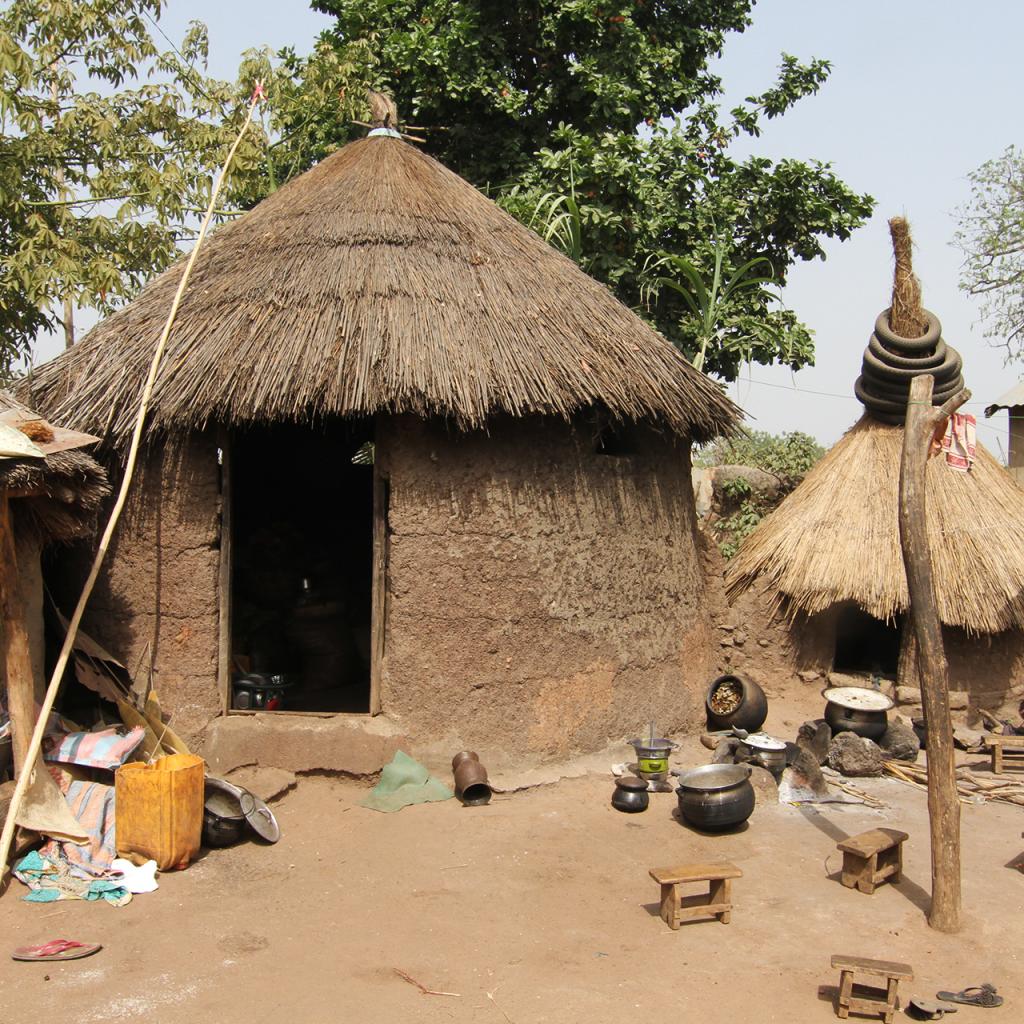 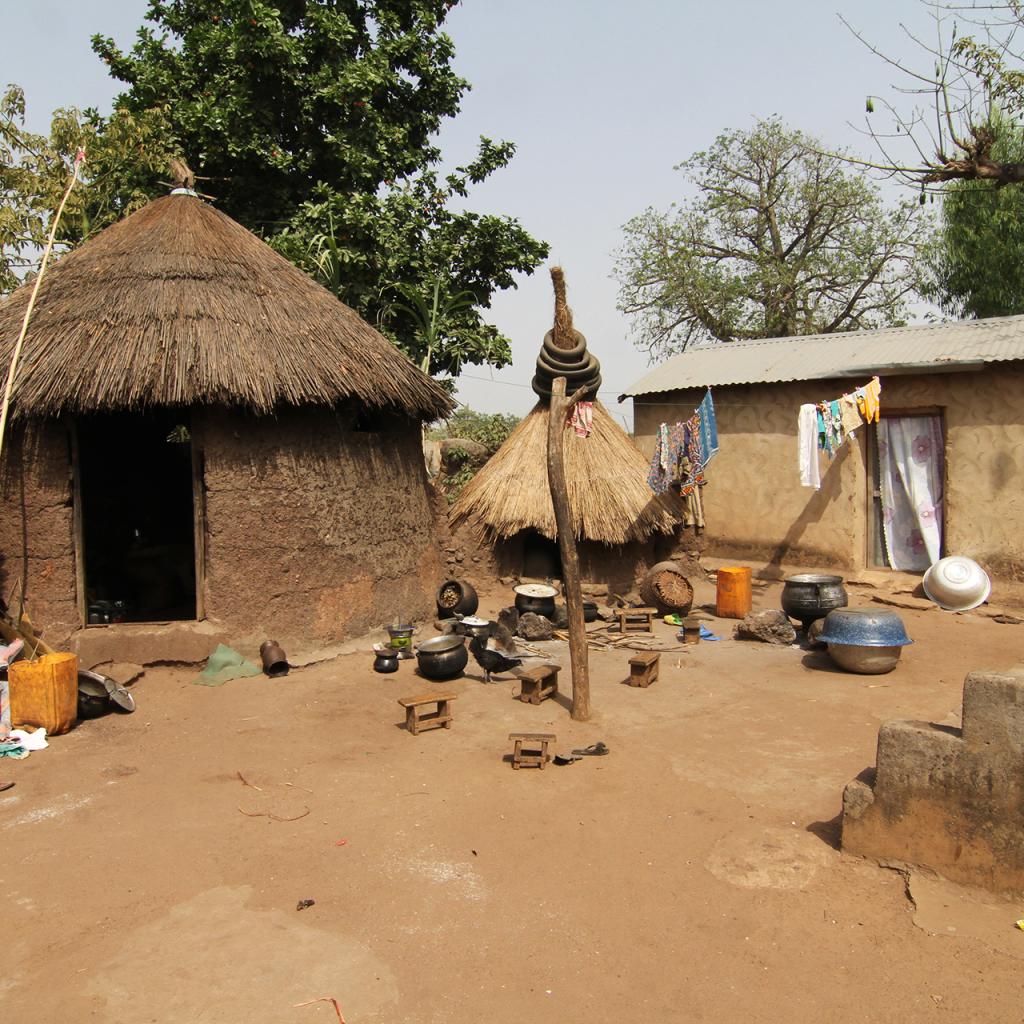 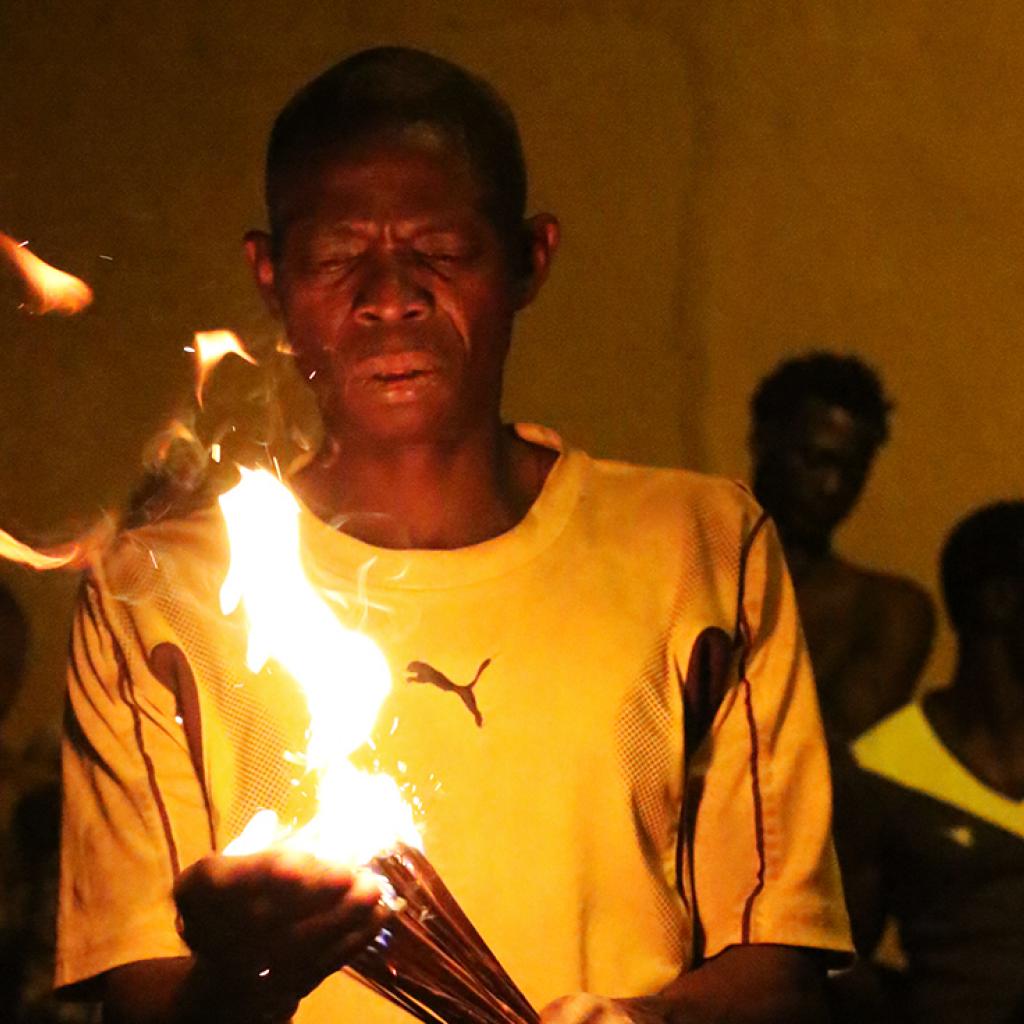 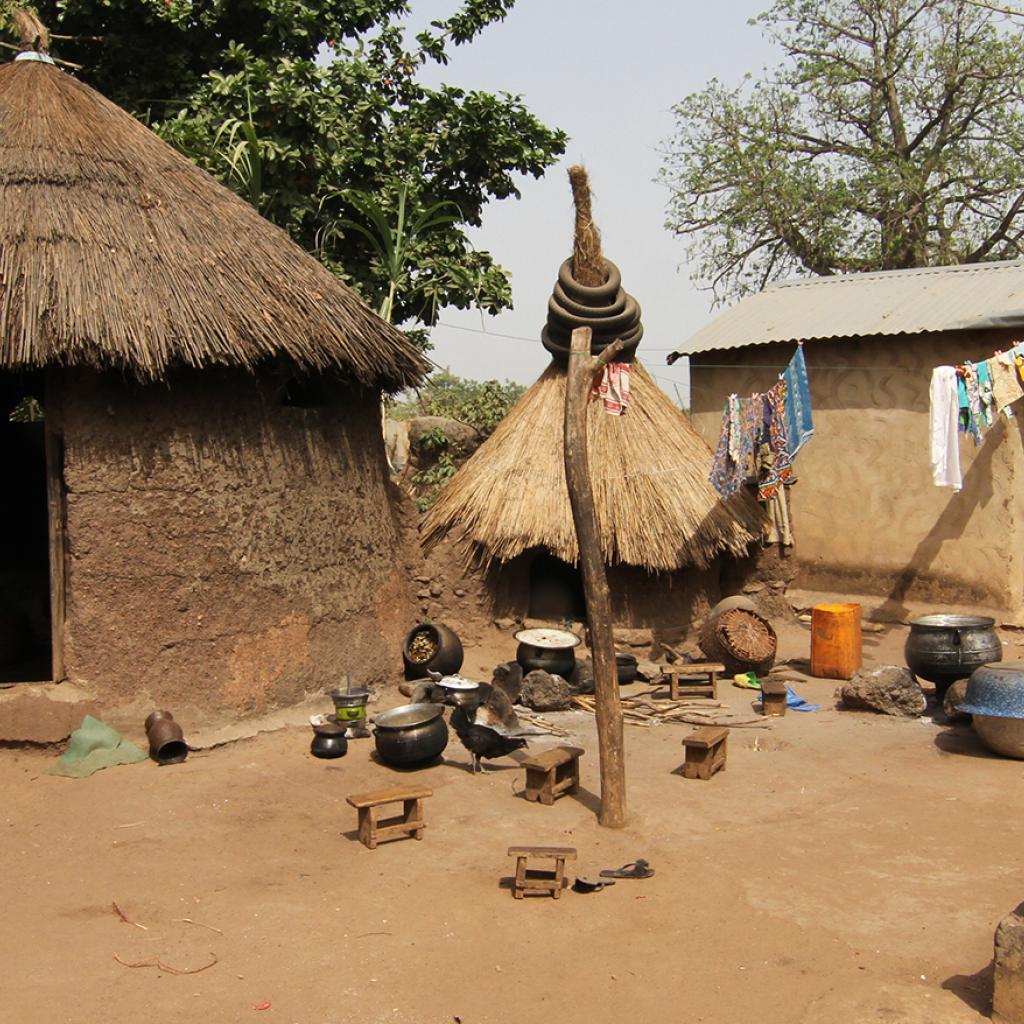