The history of the creation of Unumbotte is somewhat reminiscent of the creation in the Garden of Eden of the Christian and Jewish religion; in fact, tradition tells that Unumbotte created a man, then animals, including an antelope and a snake, and later a woman.

He gave seeds to humans with whom they began to cultivate trees and plants, including a red fruit that was to be used exclusively by Unumbotte, who ate the fruit of the tree every seven days; the snake persuaded the humans to eat the fruit from the sacred tree and, at the same time, told Unumbotte that the humans were hungry.

Unumbotte was furious but decided to give each of the creatures food to eat, the humans had cultivated the plants, the antelope had grass, instead the snake was given only the poison and the desire to attack the humans, as a punishment for having deceived the God.

The theme of death is deeply felt in the city of Bassari, there is a "house of the dead", the mausoleum of the deceased kings of Bassar; here they make animal sacrifices like goats and chickens.

In Bassar, the death of an elderly person is often celebrated as a homecoming and villagers gather to commemorate the actions and life of the deceased.

The passage from one stage of life to another is marked by rites of passage, moreover the access to a new class is conditioned by purification rites that, by their nature, lead the novice to immerse himself in the realities of a vast and complex world.

First of all, the novice must be associated with the spirits who hold his future, afterwards the elders and spiritual leaders lead the initiate to know the entity that conditions his entry into a new life, namely the fetish or the "diwaal" who elected him.

In this phase of the rite of passage, the boy is given a stick, that, from that moment on, will be the symbol of the mystical bond between the diviner and the fetish, that is now an integral part of his life; finally, the elect will be given the opportunity to converse with the entity, that is to say to form a single entity with it.

Each elect is assigned a stool, that becomes the channel of the new relationship with the fetish; this new relationship must be celebrated during a great event, when the novice will have to dance to mark a new phase of his life.

The dance of fire is more than just a traditional dance, the specificity of this dance lies in its initiatory character, that allows the Bassari to transfer the essential values ​​from generation to generation.

There are three elements to understand the quintessence of this practice, first of all, the initiation during in which they are transferred, on the one hand, the mystical skills that allow to dance and, on the other, the social values ​​of love for the neighbour, honesty, sharing.

After this step comes the real dance barefoot on the fire.

The third aspect concerns divination, it seems that the dancers in the fire acquire faculties that allow them to read the next events in the community.

Attending the fire dance of the Bassari or the neighbors Kotokuli is a mystical, impressive and incredibly fascinating experience. 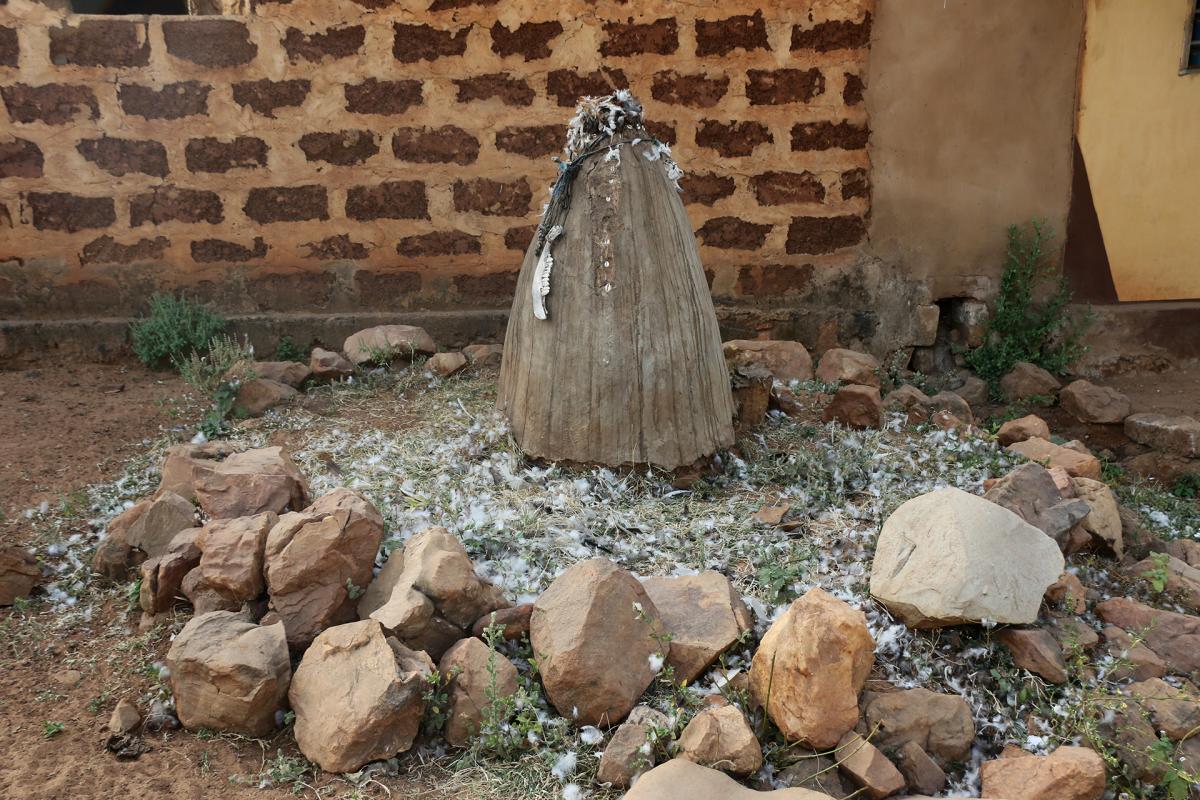