Tarangire National Park: zebras - Photo Credits: Romina Facchi
During the dry season the animals gather along the banks of  the Tarangire river because it is the only reliable source of water, while during the green season they disperse across the area of the Tarangire ecosystem and even outside the park.

It is important to know the seasonal weather trends  and the animal dispersal pattern when planning a visit to this area.

Unlike other areas of Tanzania, in the Tarangire the most rainy months of the year are January, February and March, when heavy downpours are frequent, alternating with a generally bright sky and sunshine hours at high levels.

In this time of the year, the water sources are available everywhere and the food sources are easily accessible; the animals have already moved outside the Tarangire National Park, unless November’s rains failed forcing the animals to remain in the vicinity of the river.

This is the time of the year when wildebeest, zebra and most of antelope and gazelle calves should be born.

Sightings in the Tarangire are more difficult and it is better to move to the Manyara Lake National Park.

In April and May there is still the possibility of severe downpours  alternating with bright sky.
The puppies have already been weaned and wildebeests and zebras are no longer inside the Tarangire National Park but in the North and North-East at the Manyara Lake National Park, the Natron Lake and the Ngorongoro Conservation Area.

While the buffalos, antelopes and gazelles are in the game controlled areas and in the Masai Steppes to the South and South-East; many cats, such as lions and cheetahs, have moved into these areas in pursuit of their prey.

Even most of the elephants left the park in previous months and are now both in the North and North-East and the South and South-East territories.

Resident game in the Tarangire National Park includes a small number of elephants, waterbucks, impalas, giraffes and kudus; it is also difficult  to spot them because they are not forced to go down to the river to find water, and vegetation is abundant as well.

In June and July rainfalls stop and the dry season tends to start by the end of May, with the sky often hazy and cloudy.

Elands and oryx are the first animals to return to the park, followed by elephants, zebras, wildebeests and predators.
Sightings are facilitated because of the vegetation starting to drop the foliage, although the animals do not gather to the river yet as they can still found some temporary waterholes in the park.
In August, September and October rainfalls virtually stop and the sky is often cloudy until the end of August; this is the driest period in the park.

These are the best months to visit the Tarangire National Park because all the animals have returned, the vegetation is rare and all seasonal sources of water have dried up, and the animals are forced to gather along the banks of the Tarangire river to get the water they need.

In November and December the short rainfall season begins and the sky is bright; pastures inside the park are intensely consumed because of the presence of so many herbivorous in the previous months.

In years of prolonged severe drought herbivorous might be forced to migrate in search of food in the park several kilometres away and come back every day  to the Tarangire river to drink. 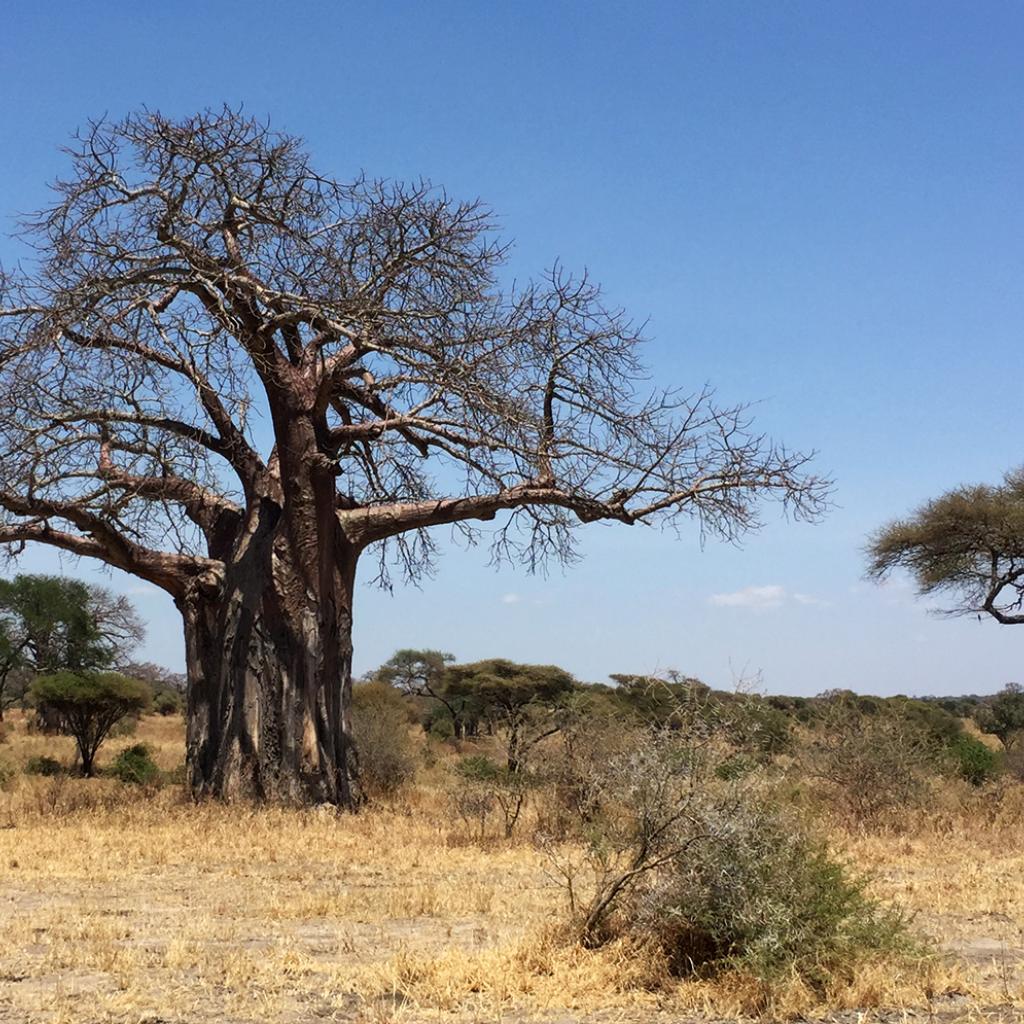 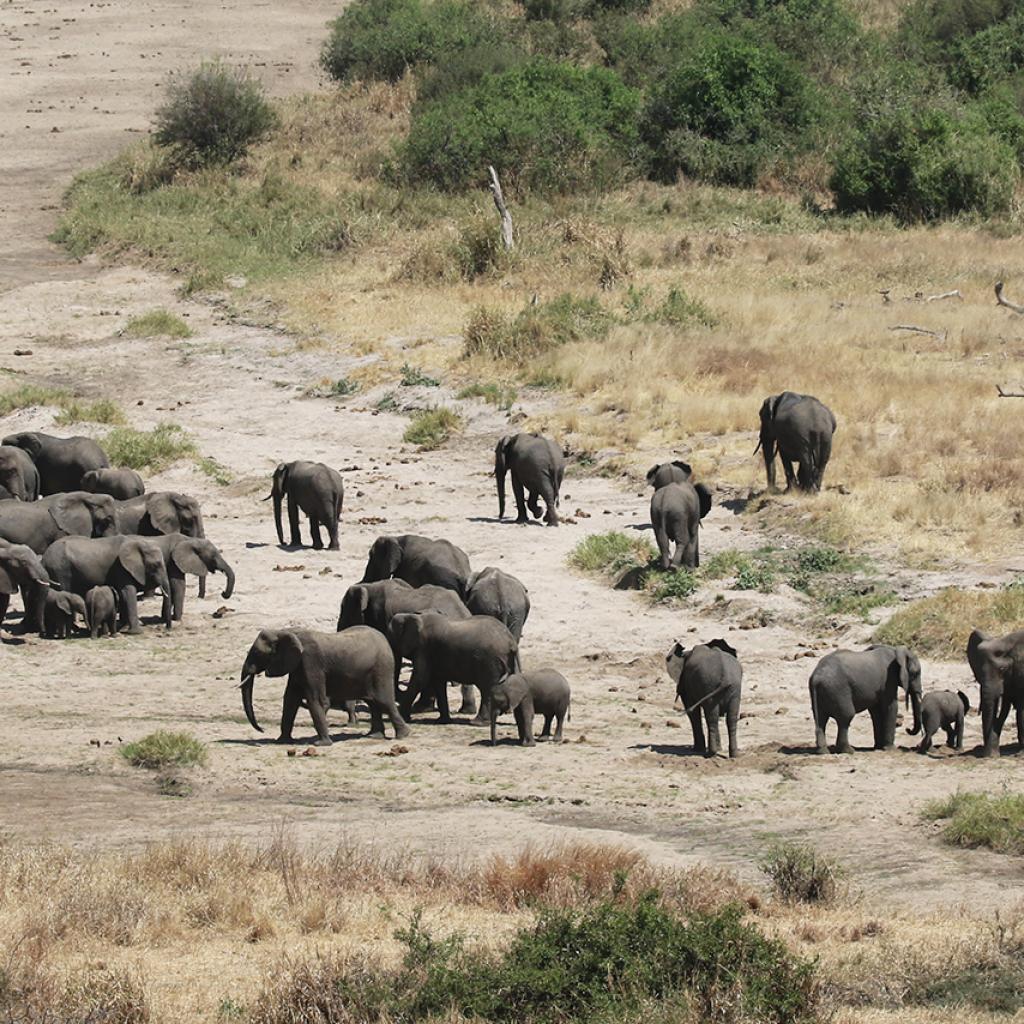 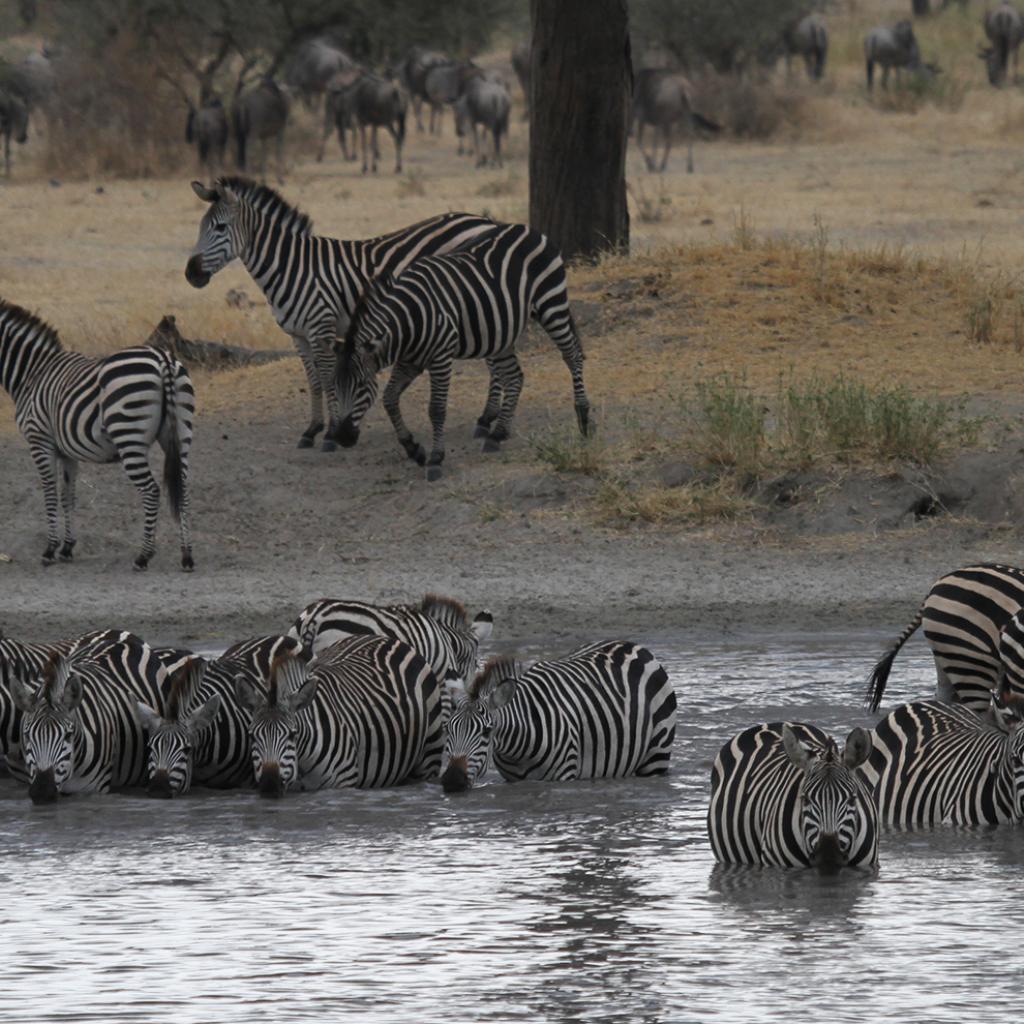 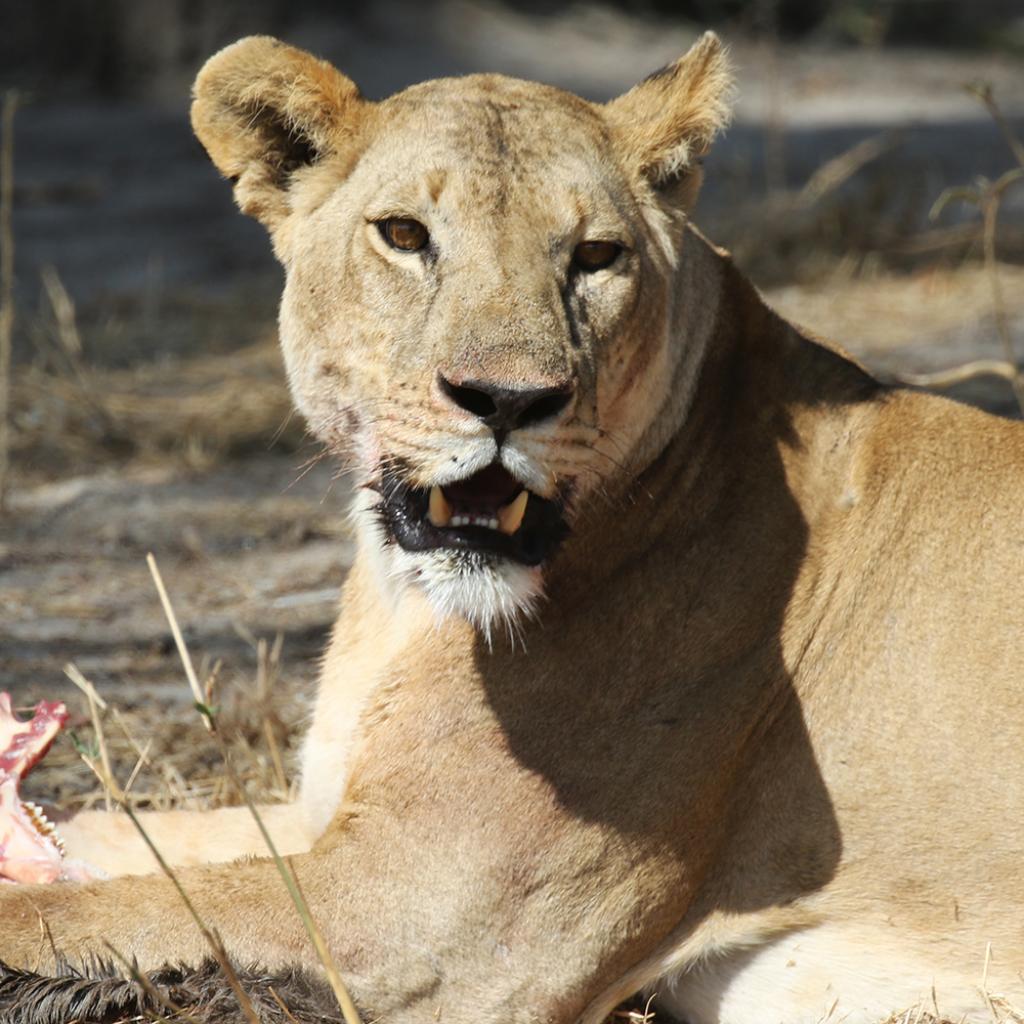