Deprecated: Array and string offset access syntax with curly braces is deprecated in /home/a41t7e0n/exploring-africa.com/sites/all/modules/entity_translation/includes/translation.handler.inc on line 1764
 The Ecosystem and the Serengeti National Park | Exploring Africa

The Great Migration in Serengeti National Park - Photo Credits: Silvano Greco
The Serengeti is one of the few parks with the highest concentration of animals in the whole of Africa and it is the most well-known park of Tanzania. Visitors from around the world travel there to admire the beauty of its landscapes, spot its wonderful animals and witness the broadest migration of land mammals of Africa and the world.
The ecosystem of the Serengeti has an extension of about 30,000 square kms. Its extension goes from Northern Tanzania to Southern Kenya and includes the Serengeti National Park, the Ngorongoro Conservation Area, the Maasai Mara and Grumeti National Reservations, the Maswa Reservation and the controlled areas of Ikorongo and Loliondo.
The Serengeti National Park takes up little more than half of the territory of the homonymous Ecosystem, 14,763 square kms to be precise. It is also part of the “Northern Safari Circuit” of Tanzania, which also comprises the Lake Manyara National Park, the Tarangire National Park, the Arusha National Park and the Ngorongoro Natural Reservation. It became part of the UNESCO World Heritage List in 1981.
The Serengeti is an iconic Park. Almost 2 millions wildebeests and zebras are constantly moving within its boundless southern grasslands looking for new grazing lands and water sources, thus making up the most impressive animal migration in the world. On their path they face hardships and dangers, but they never stop walking, and they never have in millions of years.
Besides wildebeests and zebras, the park is home to about 70 species of mammals.
Among them: lions, leopards, cheetahs, striped hyenas, spotted hyenas, African wild dogs, rhinos, elephants, hippos, elands, impalas, waterbucks, topi antelopes, hartebeests, gemsboks, Thomson gazelles, Maasai giraffes, buffalos, warthogs, jackals, bat-eared foxes, serval, caracals, mongooses, genets, honey badgers and many others.
On top of that, over 500 species of birds have been spotted. This makes the Serengeti the area with the highest ornithological concentration in Tanzania, right after the Tarangire National Park.
Thomson gazelles themselves gain the spotlight in another migration within the park. It is certainly less wide than the Great Migration, both in number of specimens involved and covered distances. However, this does not change the fact that it is a notable event.
During the dry season, about 250,000 gazelles looking for sources of water and nourishment migrate towards the Central Serengeti and the Seronera, after resting in the Eastern Serengeti grasslands during the rainy months. Some cheetahs and lions follow them in their path since gazelles are a source of nourishment to predators.
Within the park it is possible to find several types of vegetation which determine the kind of animals that can inhabit a certain area.
To the South, there are the low grasslands. Not only are they an iconic feature to the park, but they give it its name too: the Serengeti is named after the word “serengit”, meaning “endless grasslands” in maa, the language of the Masai.
Very few trees grow in this area. The cause of this phenomenon is found in the soil and subsoil, which are made up of volcanic rocks preventing plants from taking roots. The possibility to do so here is almost exclusive too herbs, preferred by wildebeests. This is due to the soil, rich in minerals making it very nourishing.
This open area promotes the sightings of animals. As a matter of fact, they make up a strong presence, especially from December to April, when it is possible to witness a high concentration of predators thanks to the migration.
Going North, the grasslands leave room for the scrub savannah, the bush savannah and the expanses of Acacias.
The subsoil found here is different, and shrubs and plants take root easily and prosper.
The Serengeti National Park was founded in 1951, it is located between 920 and 1,850 meters above the sea level and its territory covers 160 kms from the most Western point, close to Lake Victoria, to the most Eastern one.
The breadth is the same from the most Southern point to the borders with Kenya.
The Serengeti is home to the biggest migration of land mammals in the world: the Great Migration is considered one of the wonders of the African continent and also one of the most spectacular events to witness at least once in a lifetime.
When the light rains season starts, the Great  Migration heads South to go back to the nourishing grasslands. The animals rest in these lands until the end of the heavy rain season, when the long dry season is upon them and there are no permanent water sources in the South. This makes it inevitable for wildebeests and zebras to head North, where they find green grazing lands and permanent water reserves allowing them to survive the period of drought.
The path is not easy. Every year the animals walk along an 800 kms long circular route scattered with hidden dangers. Both land and water predators are always lurking. That is why crossing the mighty waters and the sandy shores of the Mara River is one of the biggest obstacles of the entire route. However, if the herds want to reach the Masai Mara grasslands in Kenya, they must overcome it.
The Olduvai, or Oldupai, Gorge also belongs to the Serengeti Ecosystem. Several fossils, belonging to the early humans who inhabited our planet, were found here. Moreover, millions-of-years-old petroglyphs were found which depicted, among other subjects, the Great Migration. This is the reason why this valley is often called “the cradle of humankind”.
Some populations native of Eastern Africa live in the Serengeti Ecosystem area: the Masai, very famous due to their style and colorful jewelry, and the less known Hadzabe and Datoga, 2 populations living in the surroundings of Lake Eyasi and whose lifestyle is tied to millenary traditions. 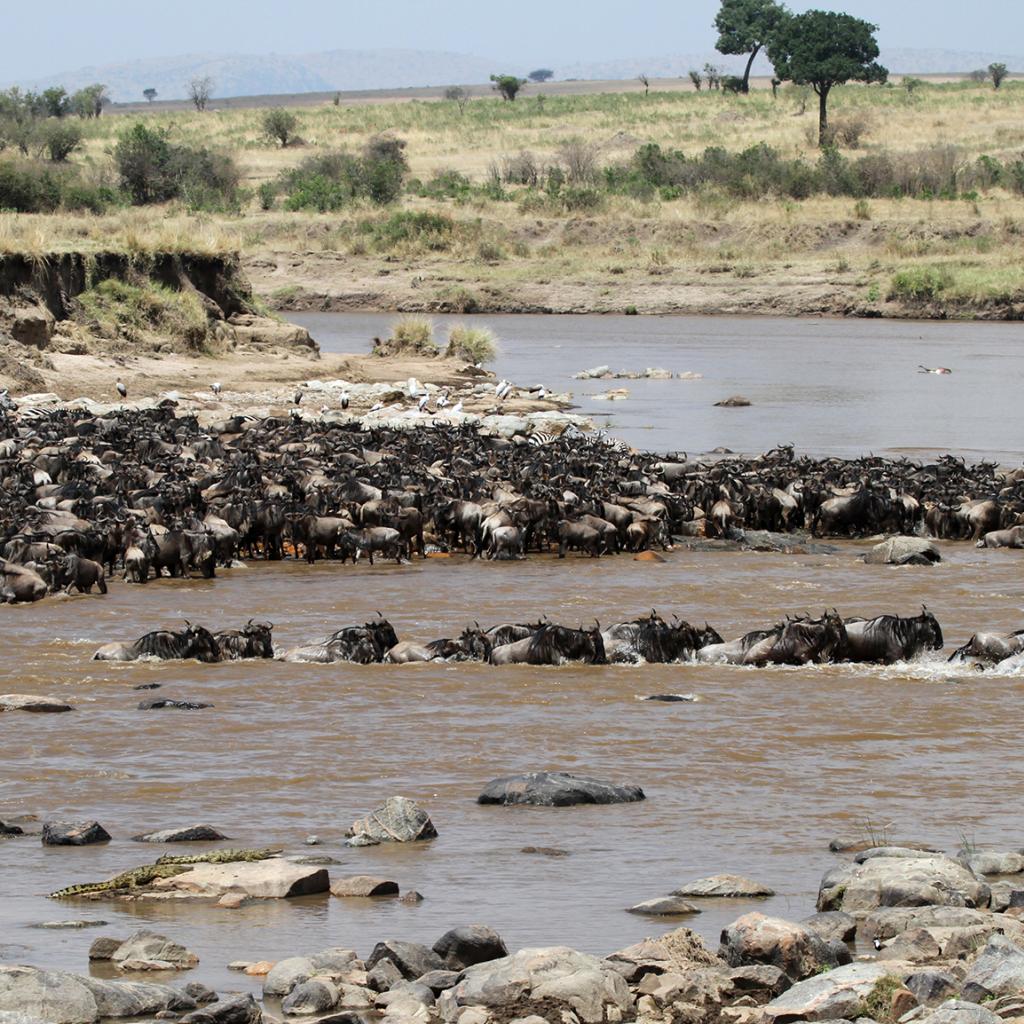 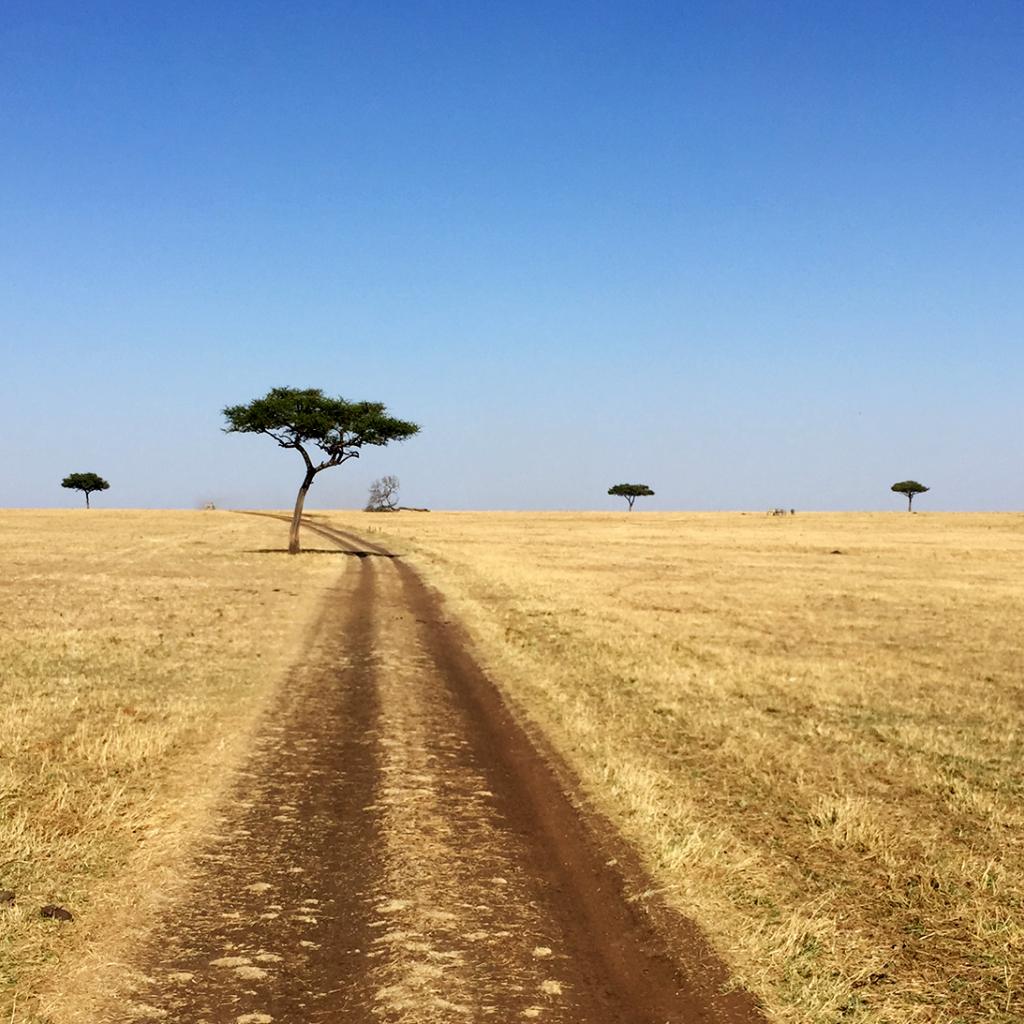 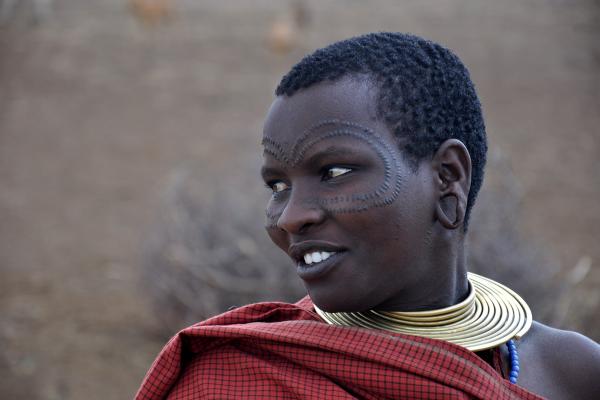