Lake Natron - Photo Credits: Romina Facchi
The Natron Lake is one of the most inhospitable places on Earth, it is located in Northern Tanzania, on the border with Kenya.
This lake is a highly alkaline body of water that takes up a hollow in the Rift Valley, it looks like a deserted and desolate Martian landscape.
It may seem unlikely at first glance, but the lake is home to several life forms, both in shallow waters and outside of its surface.
Millions of Lesser Flamingos choose this area to nest.
This lake, located not too far away from the border with Kenya, lies on the Gregory Rift, the latter is an Eastern branch to the wider Great Rift Valley and it is about 600 metres above the sea level.
This salty lake extends for 56 km of length and 24 km of width, its maximum depth is of only 3 metres.
The water feeding into it comes from the subsoil and it is extremely alkaline due to the high concentration of sodium carbonate, as a matter of fact, this lake gets its name from hydrated sodium carbonate itself: this salt is better known as Natron.
Natron has been known since Ancient Egyptian times, in those days, it was used for the mummification of corpses.
This salt has the property to absorb water from body tissues and leave them dehydrated, ancient Egyptians collected it from momentarily dry alkaline lakebeds to use it for its drying and antibacterial properties.
If a body is immersed in Natron, the salt absorbs all of its liquid components, at the same time, the microorganisms responsible for decomposition move away from the body because they are not capable of surviving in such an alkaline environment.
It is possible to see some amazing-looking animal remains, prevalently bird ones, looking like stone statues, in fact, after their death the animals become mummified due to the high concentration of sodium carbonate in the waters of the lake.
These waters come from the volcano that also acts as a background to Natron Lake scenery, it is called Ol Doinyo Lengai, “Mountain of God” in maa, the language of the Maasai.
Sodium carbonate originates from the remains of the volcano’s eruptions, when it is raining, the water penetrates the soil and it acquires such elements, and when it resurfaces in the lake, makes it one of the most inhospitable environments of the African Continent.
The Natron Lake area is characterized by a semi-deserted climate, making it an extremely dry place with high temperatures, even reaching 40°C, especially during the dry season from June to October, this causes the lake’s waters to evaporate a lot and quickly.
Because of the effects of evaporation, the level of salinity of the water increases, thus creating the ideal conditions for the development of cyanobacteria, these are microorganisms drawing their nourishment from a process comparable to the photosynthesis of plants; cyanobacteria contain red pigments that give to the lake its characteristic colour.
The lake tends to take on a red hue that tones down to orange in shallow waters, this happens considerably more during the driest months.
It is during this period, especially between July and August, that about 2 million and a half Lesser Flamingos reach the Natron Lake shores to reproduce and nest, flamingos can filter water through their beak to hold in the nourishment they need.
This place is wild and inhospitable, the pH of water is so high it makes it as corrosive as ammonia.
It is surprising there are life forms that can get their food and breed here. On the other hand, this inhospitality creates a means of defense for certain species, as a matter of fact, the caustic ground acts as a barrier keeping predators away.
Lesser pink Flamingos elected this place as their ideal habitat, the Natron Lake is the location in the world with the highest concentration of these birds, about 75% of the entire global population lives and breeds in these waters.
However, flamingos are not the only living beings found in this area.
In the Lake’s waters swims the Natron Tilapia or Tilapia Alcalica, Alcolapiaalcalicus in Latin, this tropical fish is able to survive in these saline waters feeding on the same organisms and algae as Flamingos.
In this extreme-temperature and strong-wind environment, the vegetation is sparse and the ground is so covered in mud, it is an almost impossible task to move through it for most mammals.
Therefore, few are the animals that can live here.
Those actually residing here are especially ostriches, gerenuks and lesser kudus; moreover, this area is part of the migration route that buffalos, zebras, wildebeests and elephants cover to move from the Tarangire National Park to the Manyara Lake National Park; predators are rarely found, however, it is possible to spot hyenas, jackals and leopards.
The Natron Lake is also a favored destination by birdwatching lovers, since it offers the possibility to catch sight of more than 400 species of birds.
Plant life is particularly scarce in the dusty and dry plains around the lake, but it is possible to find many Desert Rose, Adenium obesum in Latin.
This juicy plant has a very enlarged trunk at the base, where it collects lots of water to be used in times of drought, this allows it to live in dry environments without any water for long periods, it usually develops few leaves, while its white and pink flowers are many. 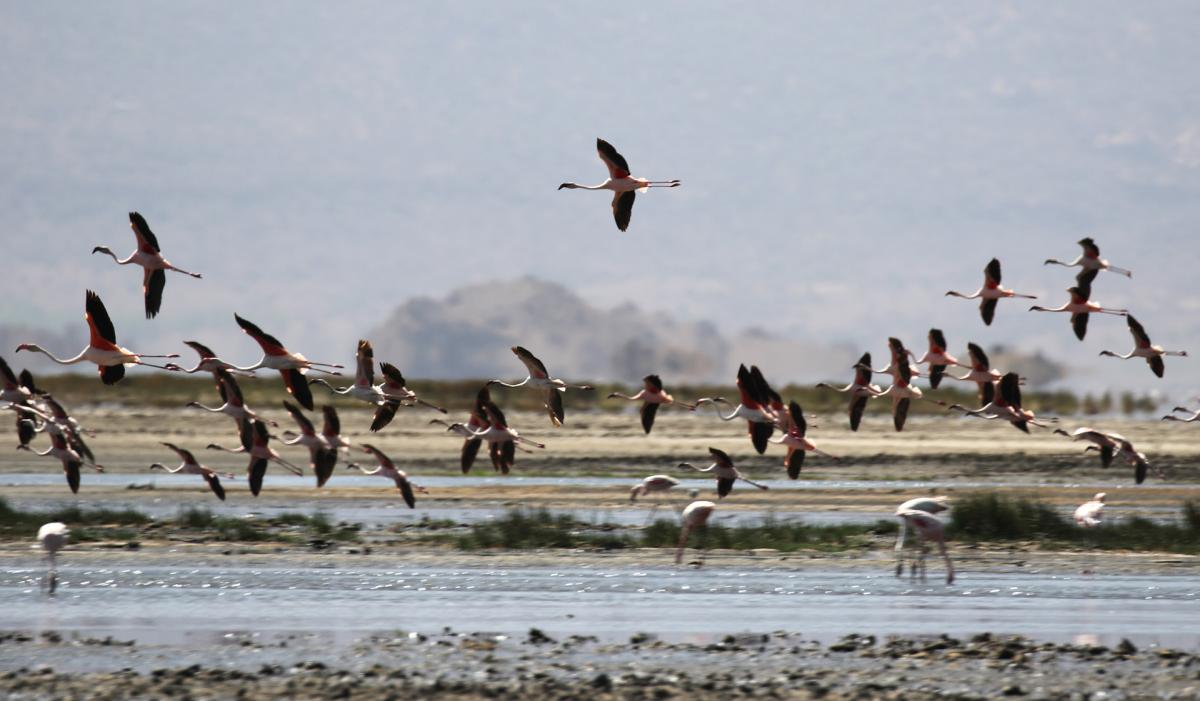 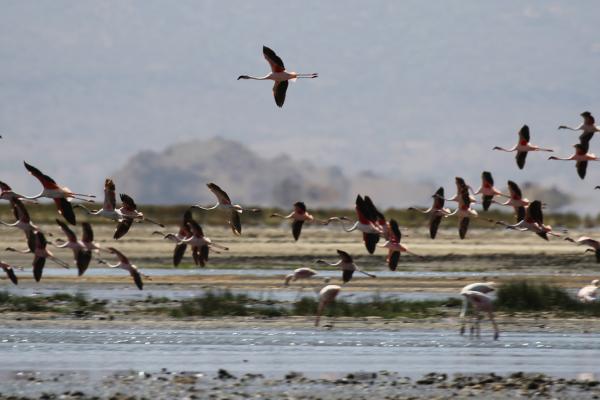 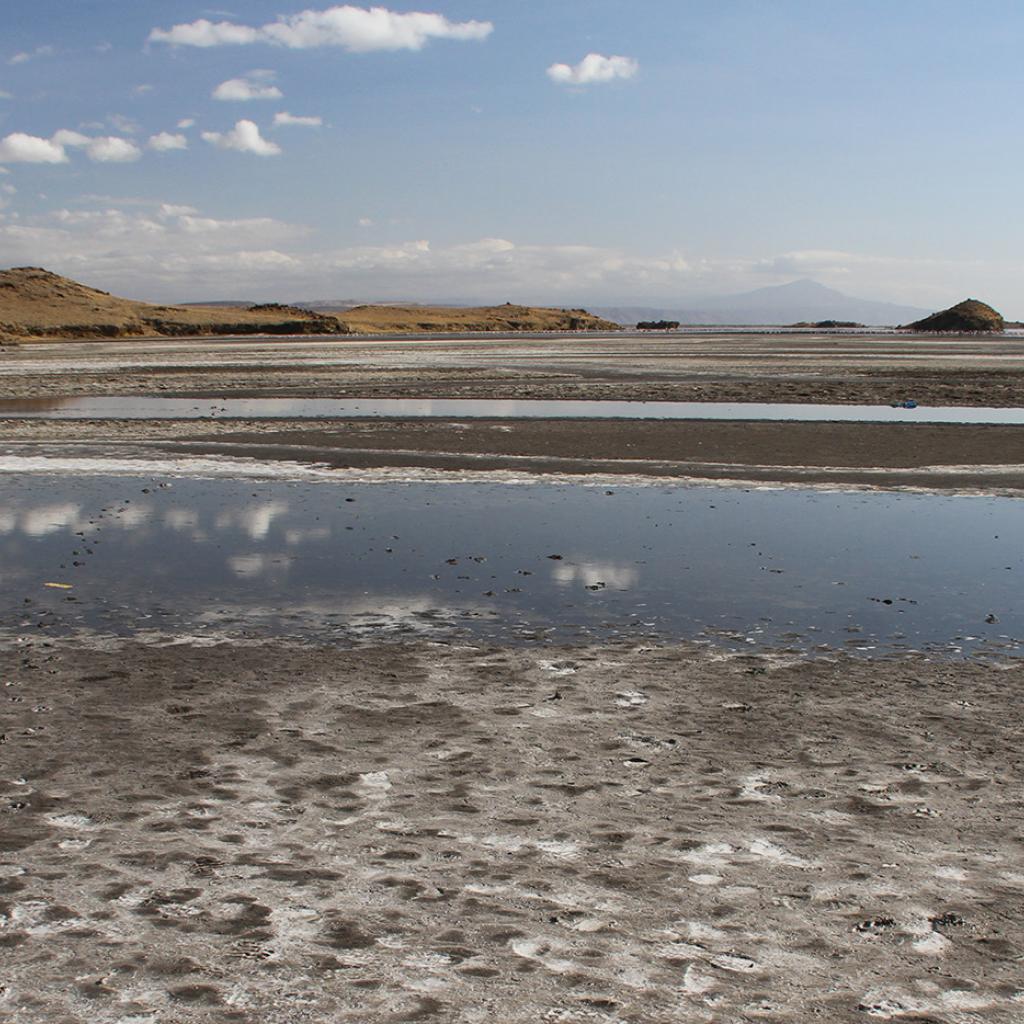 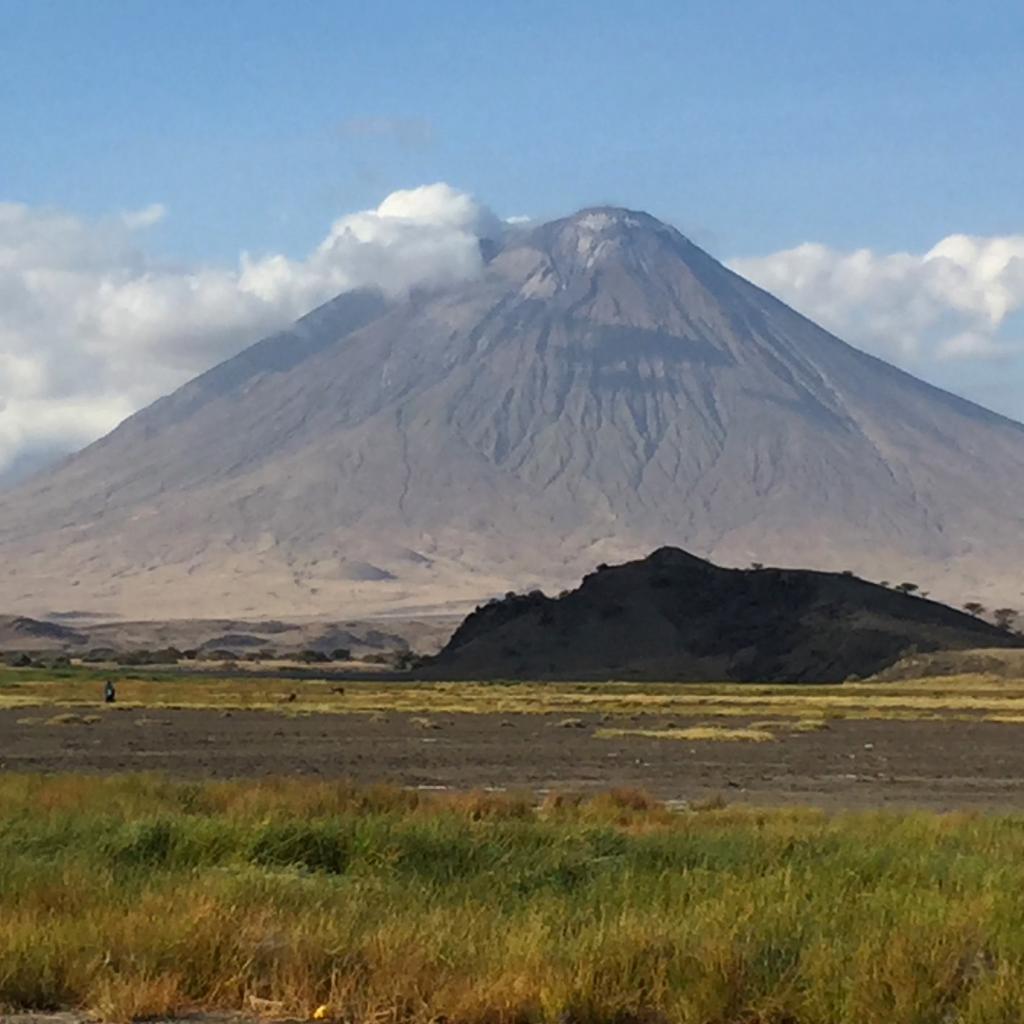