The Lake Manyara National Park in Tanzania is located at the foot of the Western slope of the Rift Valley and, in addition to the Lake Manyara, also includes a part of the territory on the Western shore of the lake itself and the Marang Forest.

The ecosystems of the Lake Manyara National Park

• Savannah and expanses of tall grasses

Entering from the Northern gate of the Lake Manyara National Park, the most used entrance, you immediately find yourself in a thick equatorial forest, with tall trees that reach 40 meters in height, in particular there are some beautiful and large fig trees.

In this area live several animals, including many leopards but, although they are present in large numbers, they are quite difficult to see, as they tend to hide among the plants; some visitors enter the park early in the morning, as soon as they open the gates, at that time there is a greater chance to see the leopards near the road, then they move away if disturbed by vehicles.

Here are also several elephants and giraffes, especially during the dry season, because they find shelter from the sun but above all food; in fact, this forest is green and lush all year round, as it is fed by the underground water that is found in this area.

The forest also offers shelter to many typical birds of this habitat, particularly here are many species of birds of prey; moreover, you will find numerous troops of baboons and other monkeys such as the blue monkeys, that prefer this area of ​​the park because they find shelter on the trees, finally there are several herbivores such as the bushbuck.

The main trail runs through this lush forest for a few kilometers, before this thick vegetation gives way to the other habitats of the Lake Manyara National Park.

Another stretch of pristine forest is located in the Southernmost part of the park, it is the Marang Forest, that was only added in 2012 to the Lake Manyara National Park.

This forest is located on the Rift Valley escarpment and preserves an uncontaminated and unexplored environment rich in fauna; moreover this is one of the ancient migratory corridors of the elephants and therefore it is of considerable importance.

In this area of the park there are no tracks so it is not possible to go on safari.

Continuing along the trail, that begins at the main entrance of the park, after crossing the Equatorial Primary Forest, you will come across the Xerophilous Forest.

The plants and shrubs found in this portion of the Lake Manyara National Park have adapted to live on land with a high salt component; this area is closer to the Western shore of the Lake Manyara that is one of the alkaline lakes on the bottom of the Rift Valley, as well as the Lake Natron.

Here the vegetation is more rare and less luxuriant and the predominant trees are palms, acacias and some baobabs.

In this part of the park you can find giraffes, impalas, buffaloes, immersed in some puddle of water, especially during the green season, the waterbucks, but also the lions that, in the Manyara Lake more than elsewhere, are used to climb trees during the day; there are many species of birds such as hornbills, weavers, bishops, starlings and many others.

As you approach the central part of the park and the shore of the Lake Manyara, the trees give way to the more open savannah and the expanses of tall grasses.

Savannah and expanses of tall grasses

The central part of the Lake Manyara National Park is a narrow strip of land between the Western escarpment of the Rift Valley and the alkaline lake.

Here is a portion of shrubby savannah and open savannah with tall grasses; this is the part of the park favored by large herbivores such as zebras, buffaloes, wildebeests and some antelopes because here they find something to eat, especially during the green season.

Also in this area there are giraffes and, sometimes, elephants, attracted by the freshwater pools and some marshes that were formed during the rainy season; the marshes and puddles are also very popular with buffaloes and hippos, that spend their hottest days there.

Here are also several species of birds such as barbet, bishops, weavers and many others.

In this area there is also a particular species of grass, the Cladium mariscus or swamp sawgrass; very much liked by buffaloes, it is also the same grass that is used by the Mbugweto weave their beautiful mats.

The shallow waters of the Lake Manyara, like those of the Lake Natron, are alkaline with a high presence of salt; this, in addition to releasing salt in the ground surrounding the lake, means that the water itself is not drinkable by the mammals in the park, that instead drink at the waterways, such as the Mto Wa Mbu River, and the puddles that are formed with rains.

The Lake Manyara, however, attracts many aquatic birds, in particular the greater pink flamingos and the lesser pink flamingos, present in these waters from November to August, when they then move to the Lake Natron where they nest between the end August and October.

While in the months of August to October, when there are no flamingos, here are the pelicans and several storks, such as the yellow-billed stork, the saddle-billed stork and the marabou stork, just to name a few.

There are also many other species of water birds, both resident and migratory, such as the black-winged stilt, the herons, the cormorants, the bitterns, the African spoonbills, the ibis, various species of geese, the hammerkop.

An elevated wooden walkway, built near the picnic area, allows to enter the lake and approach the flocks of birds without disturbing them too much, it is very interesting to follow this path: the only drawback is that there is no shadow and the sun is very hot, especially in the central hours of the day.

In the most Southern part of the Lake Manyara National Park there are the sources of Maji Moto, whose name literally means "hot waters"; in fact the gushing waters are of volcanic origin and are hot.

The source is located at the base of the Rift Valley escarpment from where, during the rainy season, a seasonal waterfall falls into the park.

This strip of land, compressed between the surface of the Lake Manyara and the escarpment, is semi-arid all year round, with the exception of the rainy season when the vegetation becomes a little more lush.

Here there are acacia woods where you can spot giraffes, zebras, impalas, warthogs, dik diks, wildebeests, waterbucks, klipspringers, especially in the most rocky part, at the foot of the escarpment; also here it is possible to sight the lions climbing on the branchesof the plants during the day. 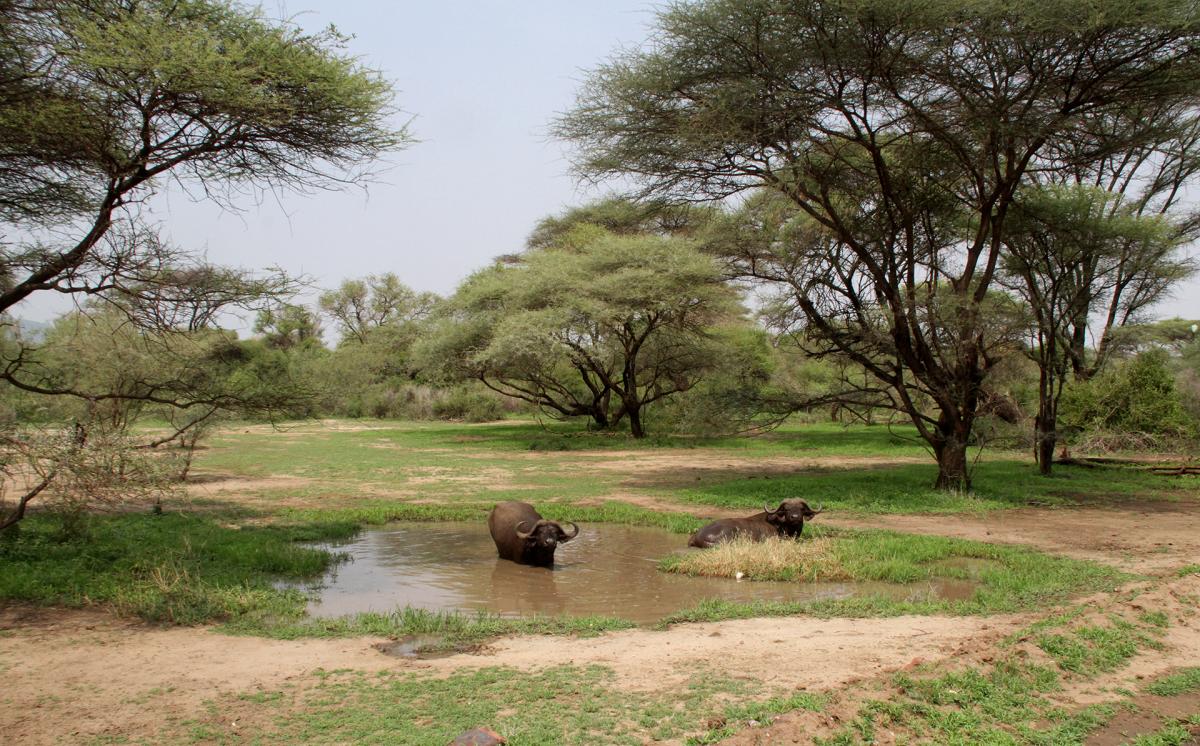 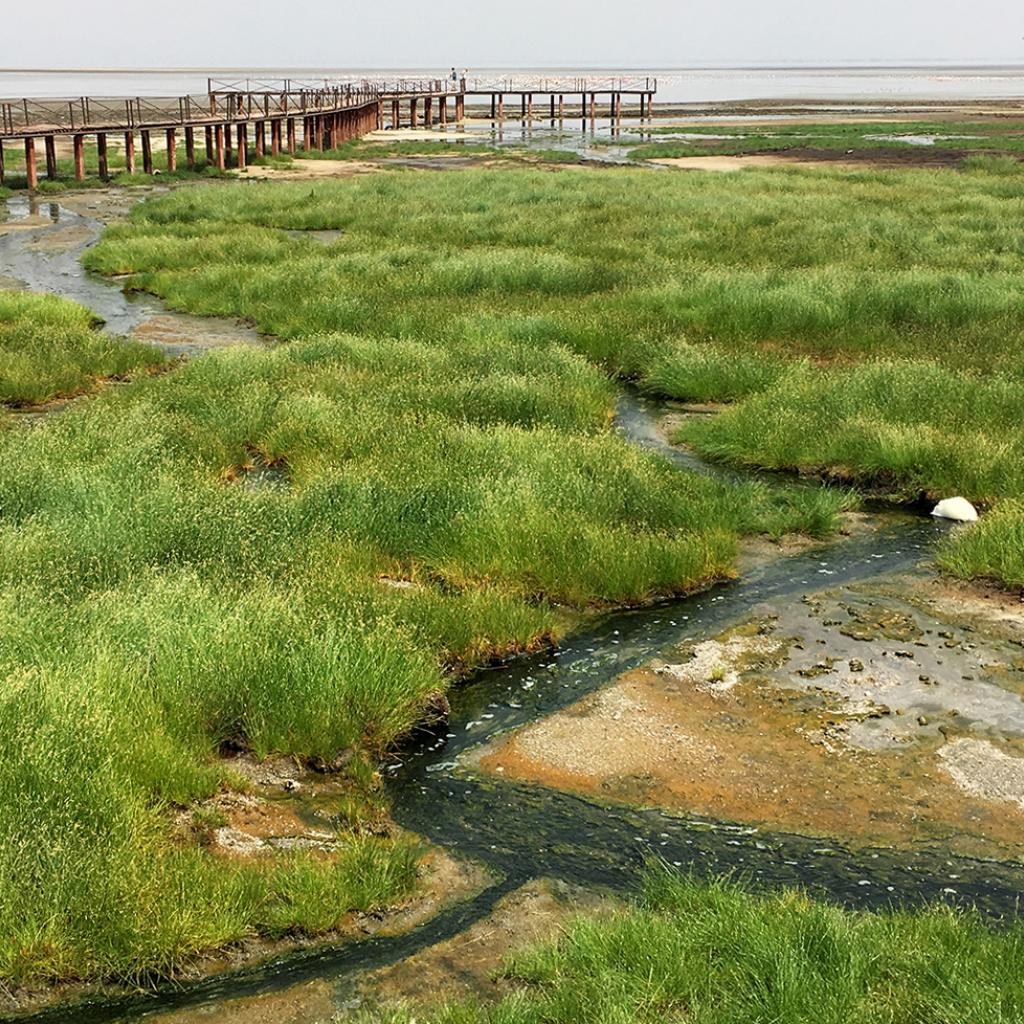 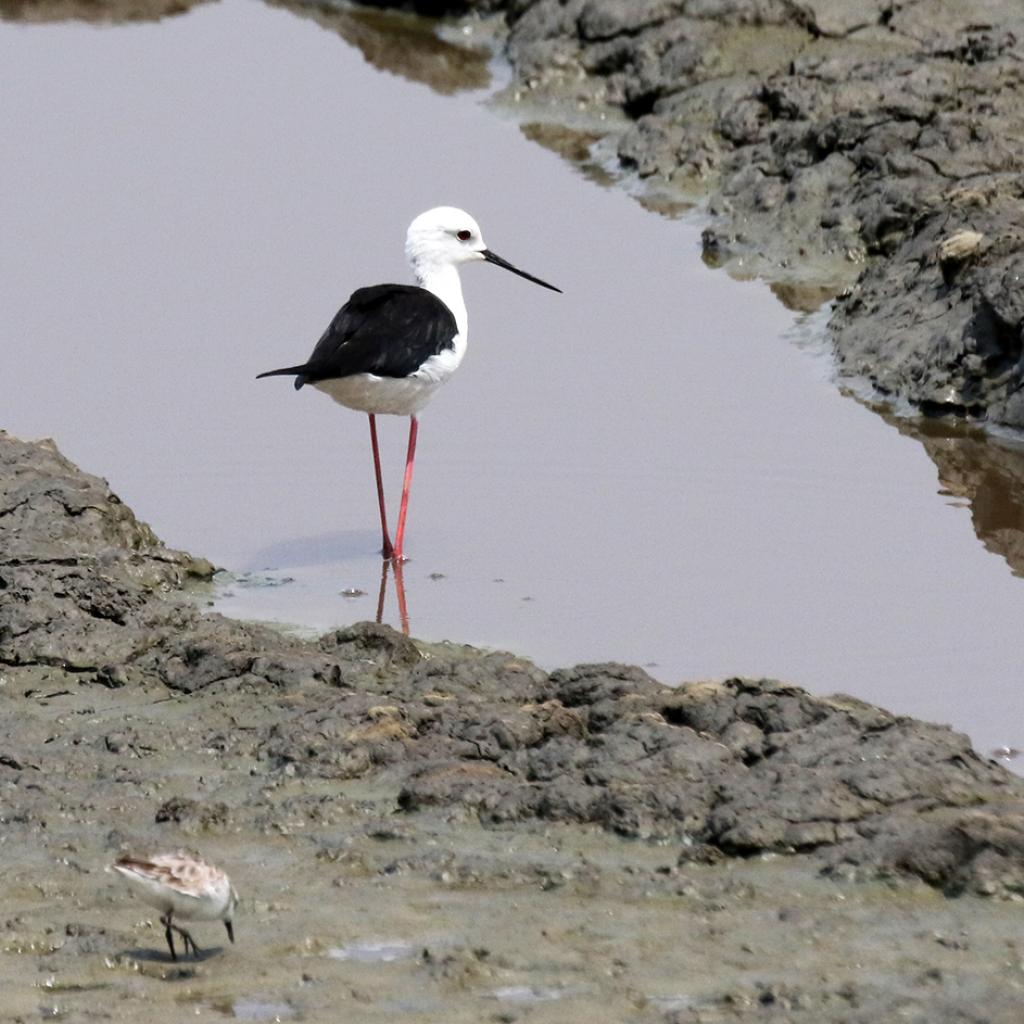 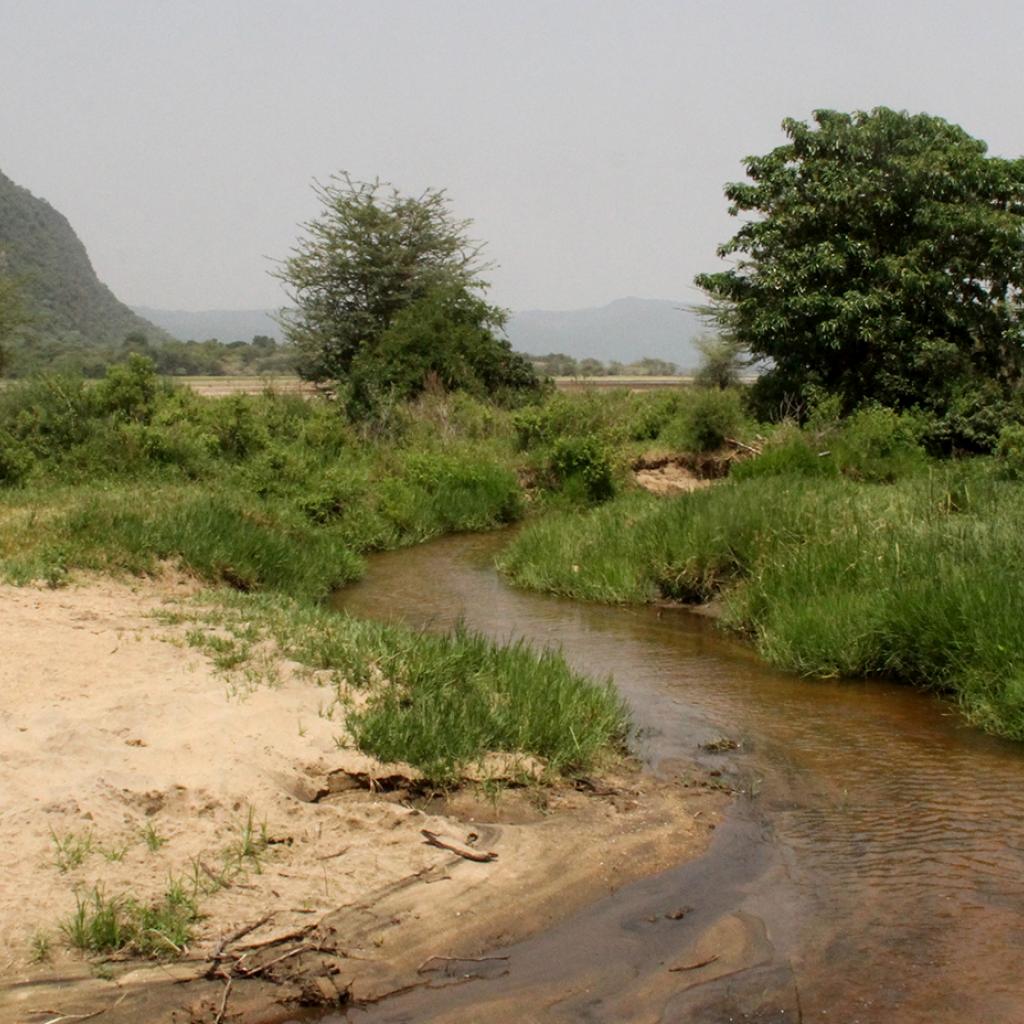 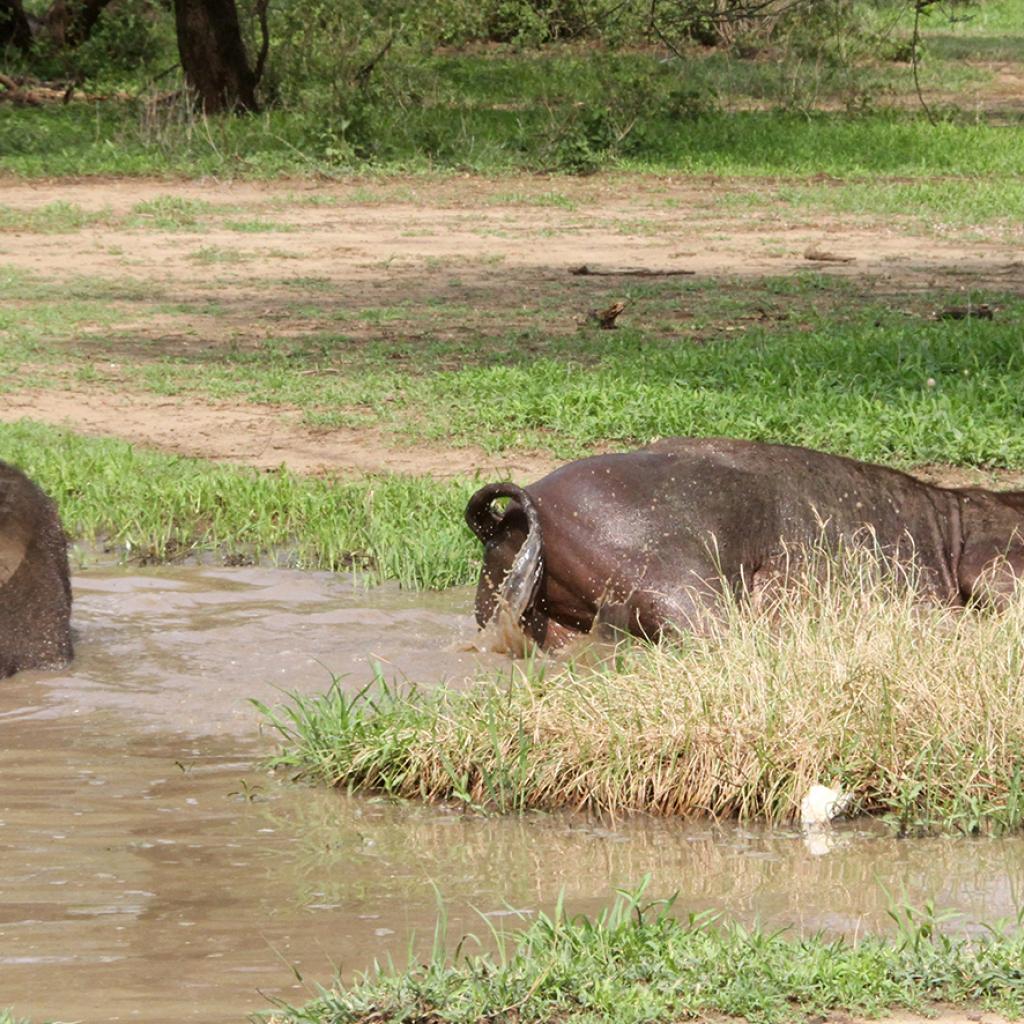 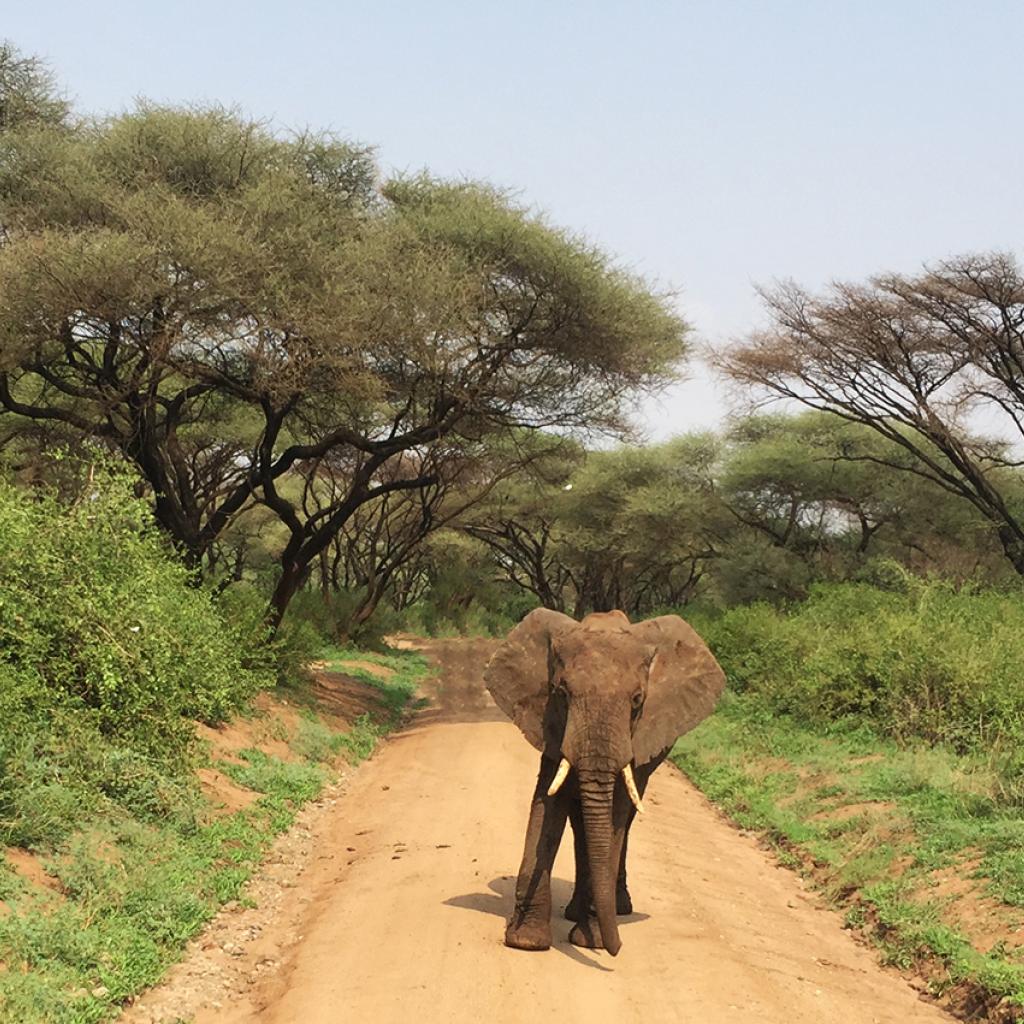 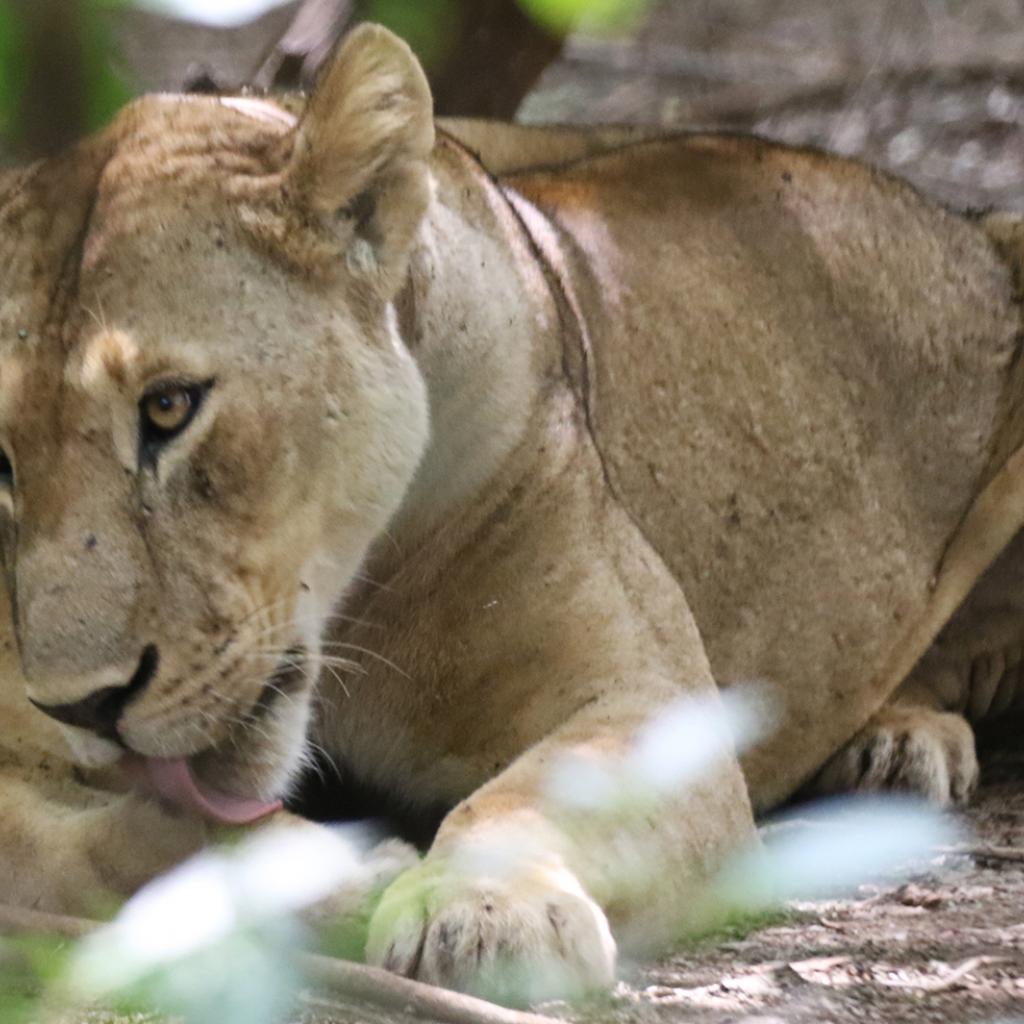 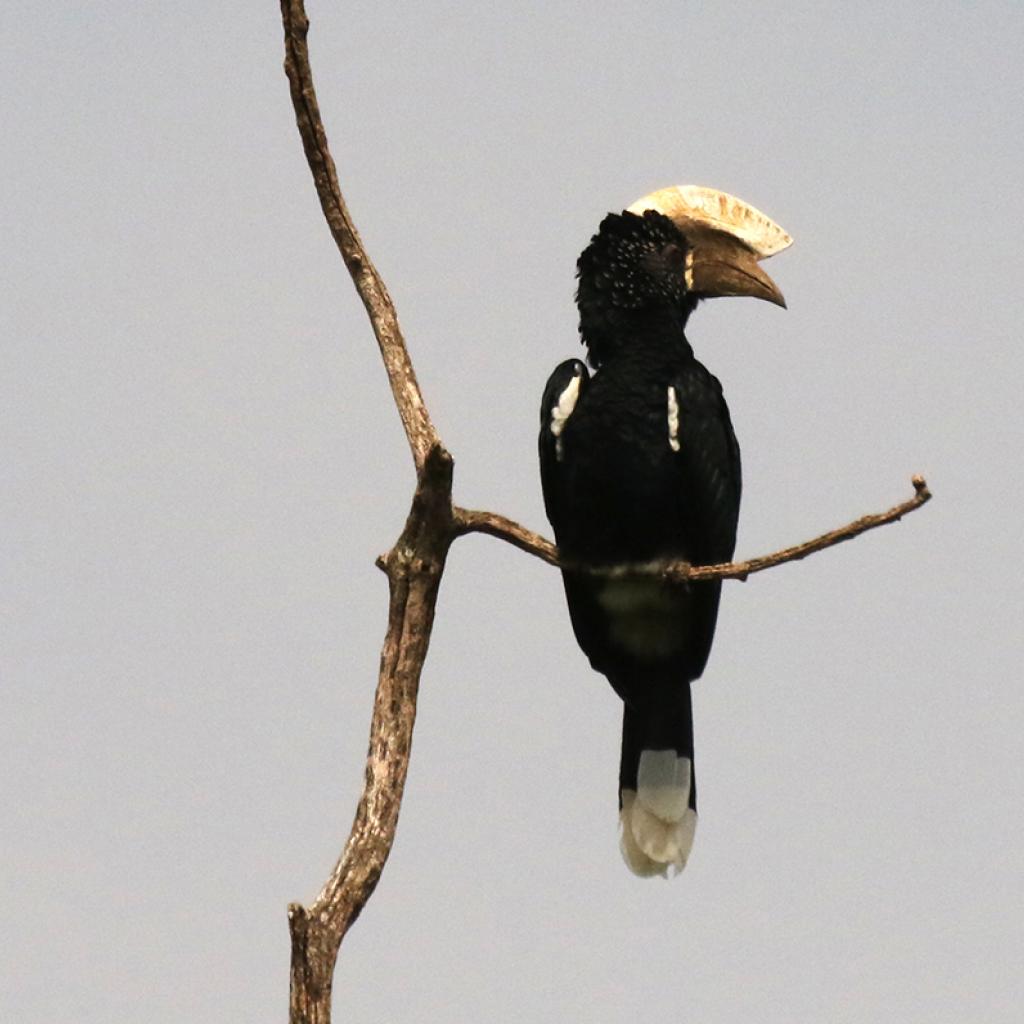