The Great Migration is one of nature’s greatest and spectacular events.
Each year, one and a half million wildebeests and around two hundred thousands zebras, give life to one of the most fascinating and exciting spectacles on the planet: the Great Migration.
This breathless wonder is a tangible proof of the magnificence of nature: tirelessly, year after year, more than a hundred wildebeests and hundreds of thousands zebras set off on a circular journey through the vast plains of the Serengeti and Maasai Mara in search of new grass and water.
Watching these animals on their way following the rainfalls, overcoming obstacles, such as the crossing of rivers infested with crocodiles and the exhausting marches facing ambush predators, is a real adventure.
The Great Migration is the best example of the eternal struggle for survival.
These tenacious animals migrate in constant pursuit of pastures and water, and in doing that, they have to cross the Serengeti and Maasai Mara plains, fleeing from the drought of the dry season.
They form a circle of around 800 km in a clockwise direction.
Many are the obstacles they have to overcome along this journey, such as the crossing of swirling rivers, home to the lurking Nile crocodile waiting to enjoy the “big meal”.
They also have to face other predators who live in the savannah: mainly lions, leopards, hyenas, and wild dogs, but also vultures, jackals and cheetahs are a great threat for young and weak animals.
This migration involves an area of about 40,000 sq.km., which includes the Serengeti National Park, the Maasai Mara Reserve, the Ngorongoro Conservation Area and the neighbouring plains.
Most of the migration area is located in Tanzania with the exception of the Maasai Mara Reserve which is in Kenya.

The need for water: the wildebeests and zebras are strictly dependent on water, so in the dry season they are forced to move away and approach perennial rivers such as the Grumeti and Mara, which provide a source of water.
The need for new pastures: two million or so herbivores consume a huge amount of grass quicker than it takes the grass to regenerate, so they are forced to move from an area to another in search of new pastures.
The fertility of the southern Serengeti and the Ngogrongoro Conservation Area plains: the soil here is very rich in minerals and is carpeted with highly nutritious low-grass.  This kind of grass is the preferred by wildebeests, who choose this place for nursing their calves.
The position of the Great Migration varies with the alternation of seasons, combined with the events in the life of the herds.
It is not easy to time the entire migration because the start of the rainy season varies and so does the amount of rainfalls.
It is quite impossible to predict the position of the herds precisely, which explains why many tented camps are mobile and change location to follow the annual wildebeests and zebras trails. 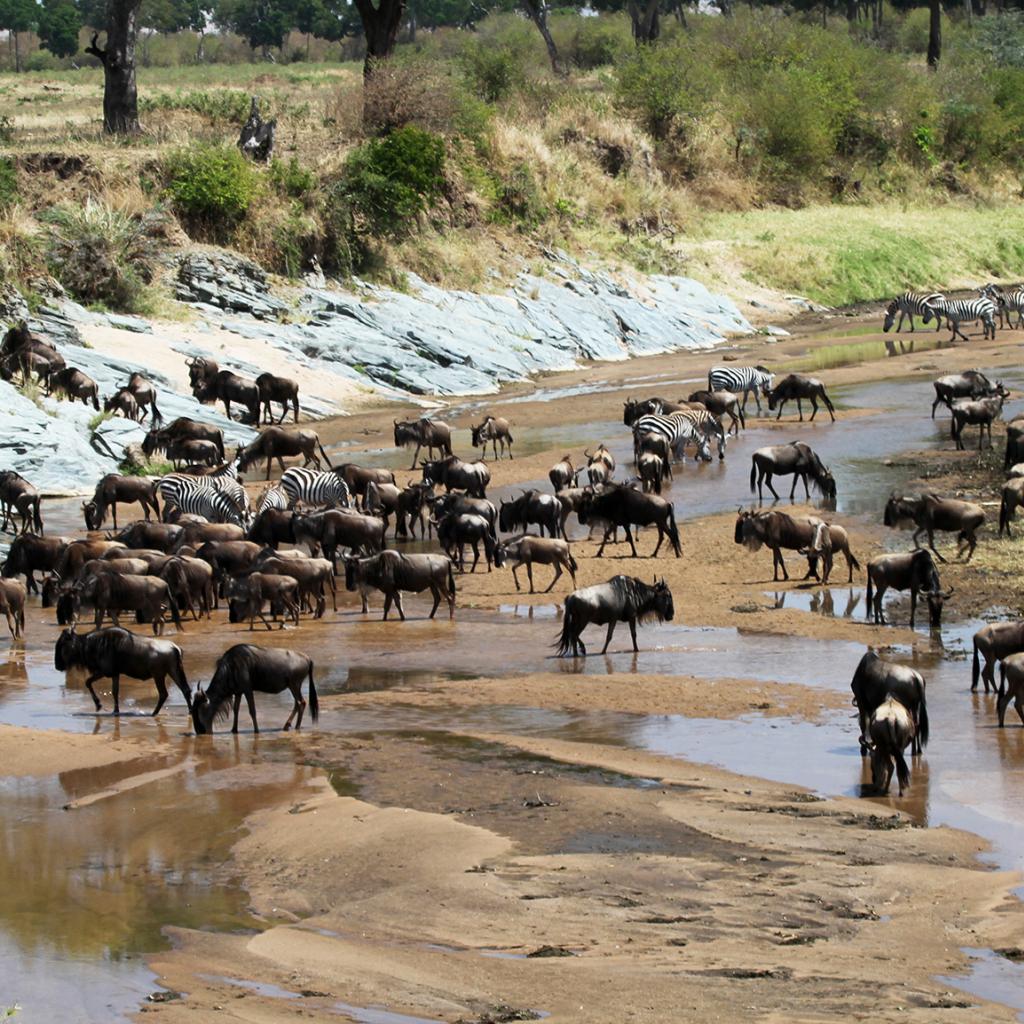 The stages of the Great Migration in Serengeti National Park 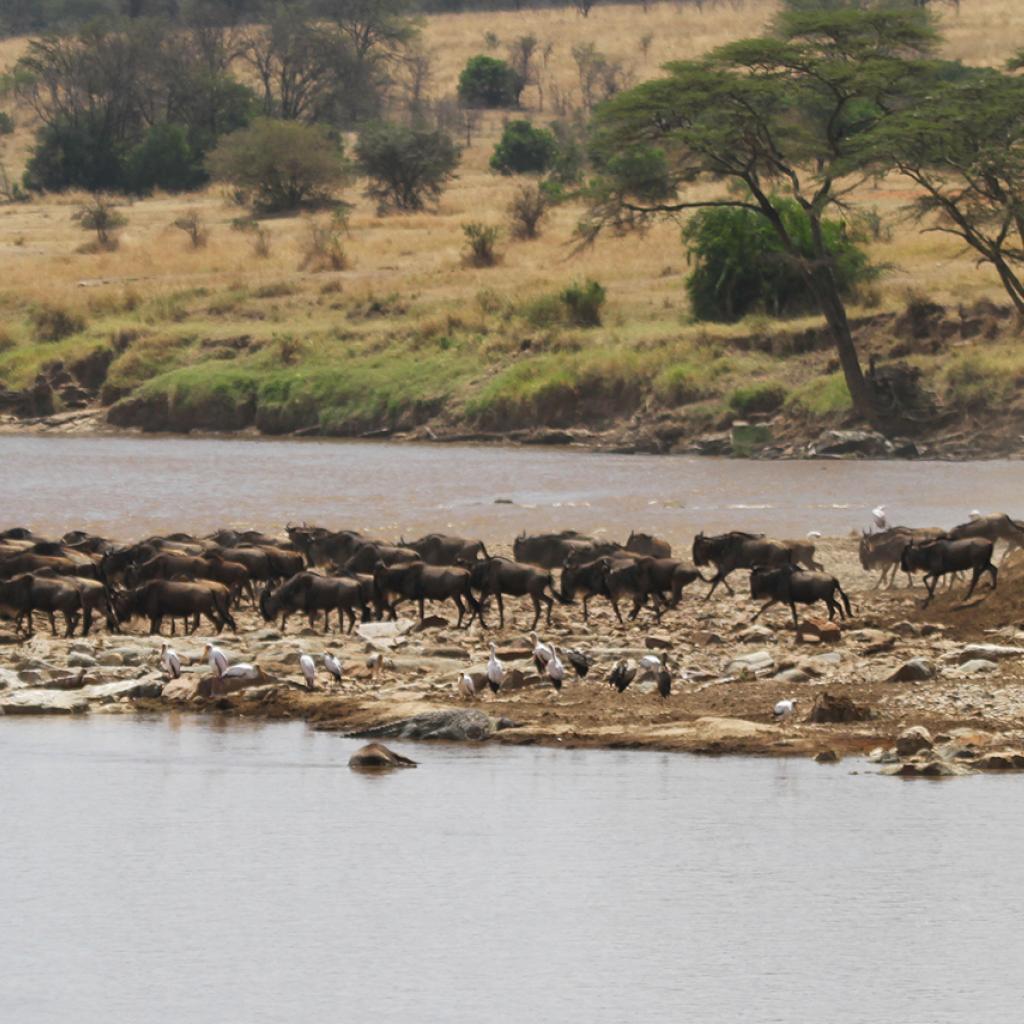 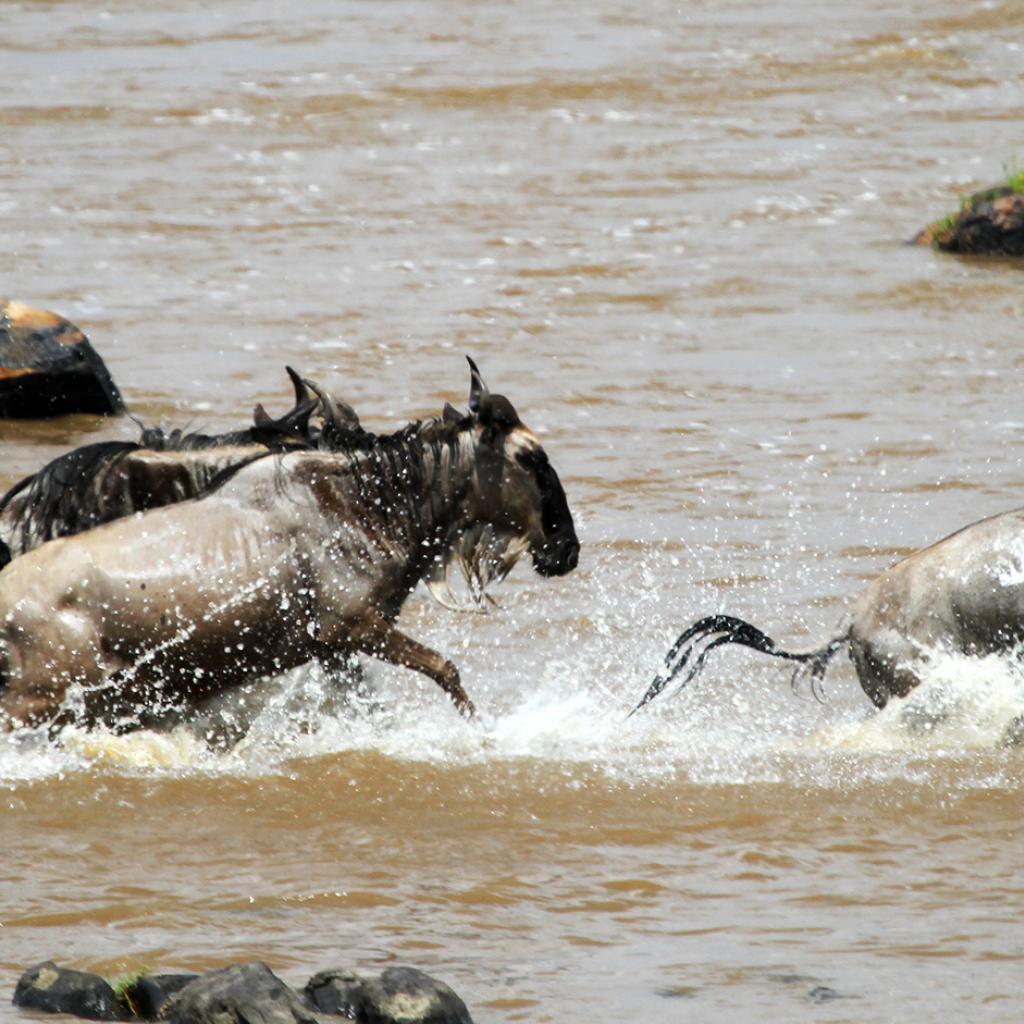 The alternation of seasons and the Great Migration