Datoga people - Photo Credits: Stefania Maggioni
Datoga social organization is rather simple and centered around the figure of the head of the family and his farm; the head of the family is usually a married man, his family is made up of several wives, as the Datoga are polygamous, and their offspring.
The family lives in a farm, called “gheda” in the Datoga language and “boma” in Kiswahili.
The farm is, as a matter of fact, a village inhabited by an independent family unit and it constitutes the main social and economic unit, too.
As it is often the case, however, other relatives of the wives live inside the farm, and form a sort of “satellite” family, these families are usually poor and are provisioned by the owner of the farm in exchange for labour.
The head of the family is the person in charge within the village, he decides how to manage the cattle and move them while seeking better grazing areas, he does not make these decisions on his own, as he consults the elders.
The Datoga used to be nomadic shepherds, but at one point in their history, however, they began growing plants and this radically changed their life habits; farms are now inhabited for several years by the families, who move less frequently.
Farms are made up of huts which are built by interlacing several branches, they are later covered in mud, straw and excrement.
Unlike the huts built by neighbouring populations, the Maasai for instance, Datoga houses are rectangular in shape and their flat roof and external walls are made of mud.
All of the settlements are surrounded by an enclosure made with thorny branches to protect both men and cattle, close to the houses there are also cultivated fields of corn and peanuts.
Wheat is a staple food in the Datoga diet, white wheat grains are ground and made into a fine powder using a heavy stone; the resulting flour is the main ingredient of the ugali, a white pottage accompanying every meal of many populations in Tanzania and Kenya.
Besides sheep-farming and agriculture, the Datoga practice another activity: they are skilled blacksmiths; behind their houses they keep a space for a fire to burn, they use it to forge objects such as knife blades, arrow tips and various ornaments.
The Datoga collect iron scrap which they melt down to obtain small ingots, that are later wrought to make sharp objects and arrow tips out of them, another option consists of thinning and further processing them to create jewelry.
These objects are not only made to meet the requirements of farming activities, but they are often sold or exchanged with other objects from neighbouring populations. 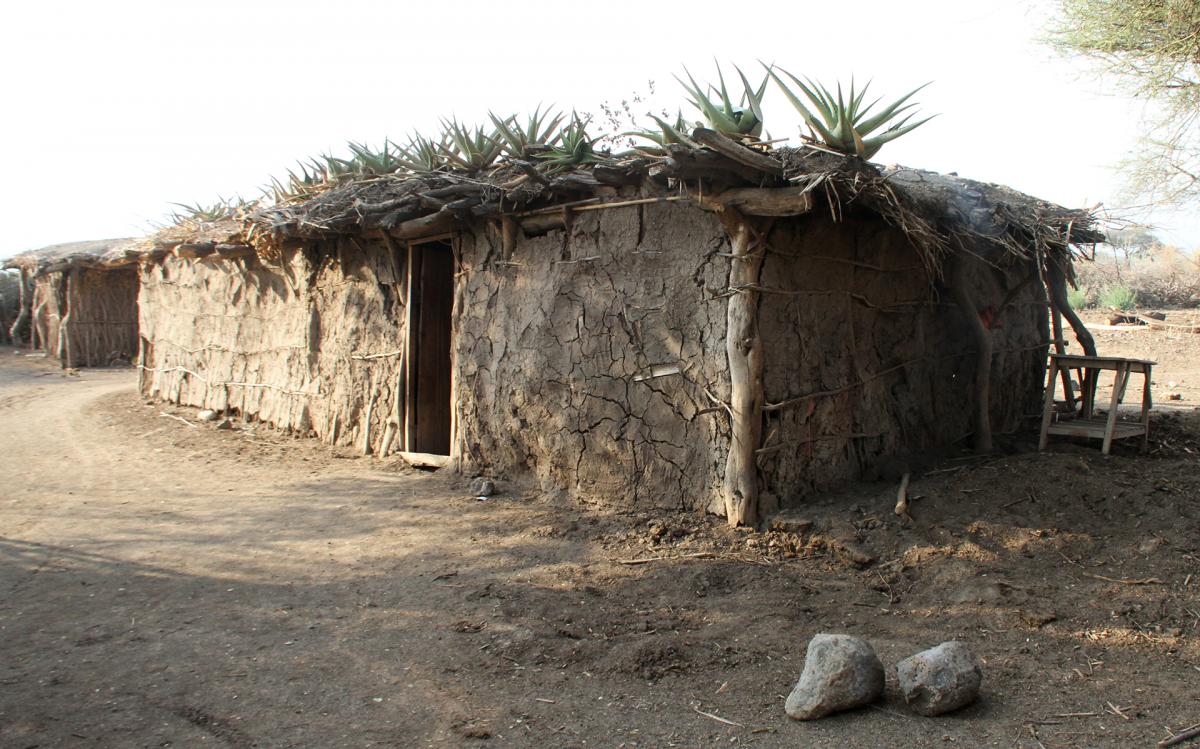 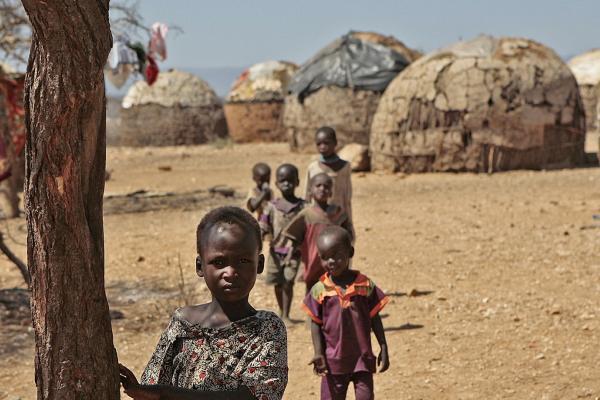