Datoga woman with traditional tattoo - Photo Credits: Kathy Gerber
The Datoga are unknown people to most of those who travel to Tanzania; they are semi-nomadic shepherds whose main means of support is farming, they are also skilled blacksmiths.
The various events and clashes with other populations in the area forced them to live in a very small area close to Lake Eyasi.
They perform witchcraft and primitive religious rituals; a feature which makes them unique and easy to recognize is their practice of scarification to decorate and tattoo their bodies.
The Datoga people descendfrom populations of the Nilotic strain who settled in Northern Tanzania over 3000 years ago from Ethiopia and South Sudan.
They share many daily life aspects with the Maasai, and just like them the Datoga are a semi-nomadic population of shepherds who find their main source of living in animal breeding; unlike their far more famous neighbours, though, over the centuries they introduced the practice of farming, growing especially corn and millet.
The Datoga are constantly looking for the best grazing spots for their cattle; in their search, they travel along a path that is the same every year, according to the alternation of the seasons.
There are periods of the year in which, moving from a place to another, they even cover 55 km a day!
Nowadays, these proud people live concentrated on the shores of Lake Eyasi, bordering the dwelling area of the Hadza, with whom they make trade arrangements.
The Datoga are skilled blacksmiths and make arrow tips and other objects that they barter with the Hadza in exchange of honey and animal hide.
A notable difference between these two people is the reputation of the Datoga as ferocious warriors.
Young people have to prove their ability as warriors by killing an enemy or a dangerous animal, like a buffalo, to be accepted as adults.
The Datoga view all of the people who do not belong to their ethnic group as enemies; due to their warrior mindset, they are known to most of the people of Tanzania as "Mangati", a Maa word meaning "enemy".
The language spoken by the Datoga is Southern Nilotic, while only 5% of them speaks Kiswahili, too: on the one hand, this is a contribution to the preservation of their traditions; on the other, it is a further reason for isolation from the rest of the world.
The Datoga are animists and they practice witchcraft, they communicate with their ancestors through a warlock and carry out purification rites from everything they consider impure.
An immediately recognizable feature of the Datoga is a peculiar circular tattoo around the eyes, especially among women.There are periods of the year in which, asxdasdsads, they even cover 55 km a day. 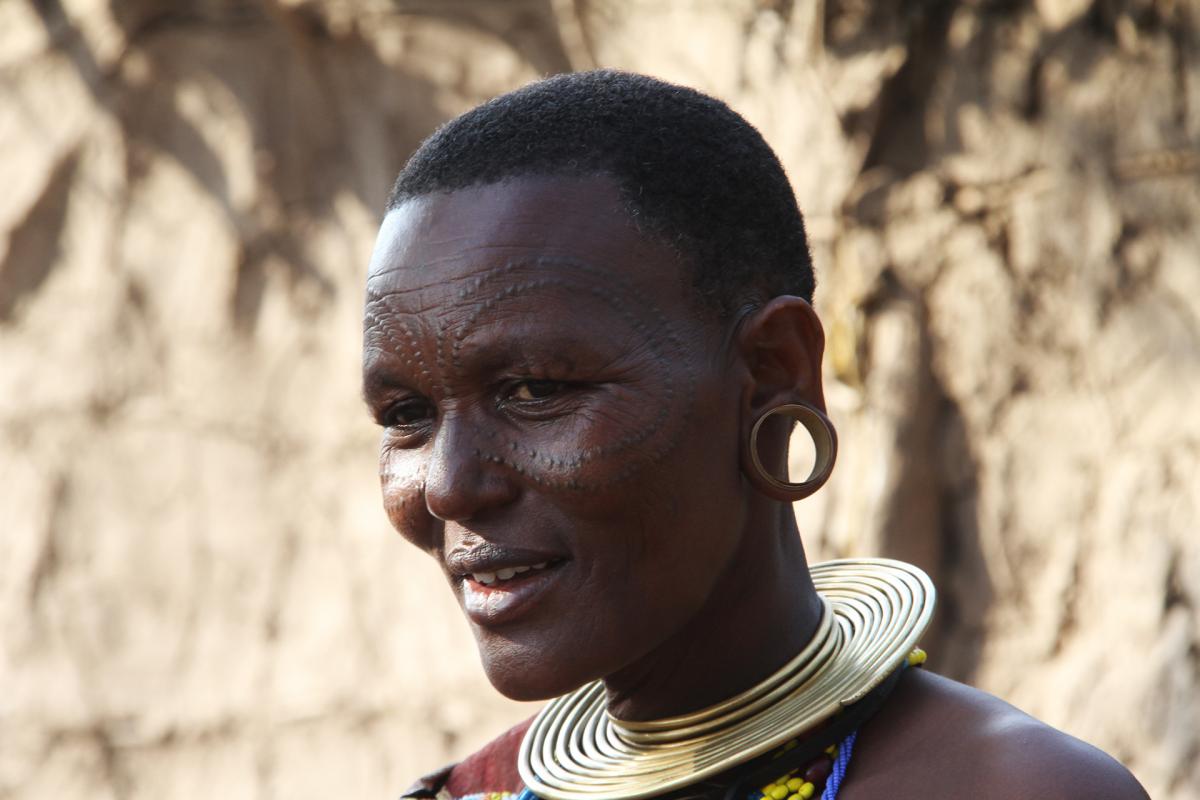