The Great Migration in north of Serengeti National Park - Photo Credits: Romina Facchi
The rain season has come to an end and gives way to the long dry season, which usually begins in mid-May and only ends with the November rainfalls; this is a long period during which wildebeests and zebras are forced to migrate for survival and start their harsh long journey Northwards in search of green pastures and water.
The herds set off pointing North-East, i.e. towards the Western Corridor; endless lines of walking wildebeests and zebras form along two main directions: one following the Mbalageti River up to Kirawira; the other to the North of Seronera and along the Grumeti River.
Fighting between dominant males to conquer the right on females are frequent in May, which is the month of mating; there are no violent fights and the animals rarely suffer wounds or injuries, because it is up to the females to decide in the end if they want to mate.
When all the migrating animals reach Kirawira, wildebeests and zebras flock on the South bank of the Grumeti River, and when no more space is left, they inevitably begin to cross the river.
At this time of the year, generally in June, the Grumeti River is little more than a stream of water and the crossing is not difficult, but this does not mean it is less dangerous: the river is home to the ferocious Nile crocodiles, who have waited the herds for long and are eager to enjoy the feast.
Wildebeests cross the river pushed by the overcrowding of animals on the Southern bank and not by the instinct to continue their journey Northwards; on the opposite bank they find the Ruwana plains, that is just a transit area on their journey.
The last herds reaching the South bank of the Grumeti River often refrain from crossing the river and stay in the Mbalageti and Ndabaka plains for the rest of the year.
The journey, however, continues for most of the animals along two directions: one again through the Seronera and then Northwards, the other to the North of Seronera, pointing directly to the North.
At the end the herds reach the Northernmost part of Serengeti, the Serengeti Mara, where pastures are still green, thanks to the presence of the Mara River.
The Mara River is very different from the Grumeti River: it is a perennial river with a much higher flow rate that, in some stretches, causes a dangerous current; the banks are steep and sandy and cannot be easily overcome. For the wildebeests it is very important to choose the right crossing point, as their life is at risk.
In addition to the water flow rate and the steep sandy banks, there are other important features to take into account, such as a point where the river bank is not covered with vegetation, so that the herds can move more freely and there are no hidden big cats.
Just like the Grumeti River, the Mara River is infested with the lurking Nile crocodiles.
The herds flock in great number on the bank of the Mara River and stay there for days, assessing the situation and waiting for the right time for crossing; it is quite common to view tens of thousands of wildebeests reluctant on what to do, but when some of them start crossing, all the other follow confident and heedless of the danger.
Columns of herbivorous can be seen jumping into the water, trying to avoid large rocks and win the current, with great effort in the attempt to safely reach the opposite bank.
During their stay in this area between Serengeti Mara and Masai Mara in Kenya, wildebeests and zebras are forced to cross the Mara River several times because the herds are constantly on the move, following the storms and searching for new pastures; during this endless journey they encounter the Mara River that marks the boundary between Kenya and Tanzania and creates several loops along the migration trail.
The herds stay in this area of the Serengeti Ecosystem throughout the dry season because here they find the water and pastures they need for their survival. Although the herbs here are not their favourite, this is the only area where they can find food during the dry season, the rest of the Serengeti being dry with lack of water or no water at all.
There is no lack of water or food here, the puppies can grow and females carry on new pregnancies.

The herds will set off again only at the start of the little rain season.

Grumeti River: the herds generally cross the river in June, when highly scenic crossings can be viewed, before they point North; it is difficult to determine the exact time of the crossing because this depends on the weather conditions and the whole event takes 2-3 weeks.
Lobo: a very scenic area situated in the North-Eastern part of the Serengeti, characterised by the presence of several kopjes, the favourite lookout point  for lions to locate their prey.
Some herds stay here in the dry season, others transit on their way from and to the Serengeti Mara and the Maasai Mara. Elephants, buffalos and leopards also live here.
Serengeti Mara and the Lamai Triangle: located in the far North of the Serengeti park, this is a very remote area where only few travellers can go.
The gently green undulating plains with trees and shrubs are home to leopards, lions, cheetahs, spotted hyenas, giraffes, various species of antelope and elephants, though in less number than in other areas of the park.
The Mara River is inhabited by hippos and Nile crocodiles.
Maasai Mara: it is the natural continuation in Kenya of the Serengeti Mara, characterised by green pastures and savannah shrubs and trees; it is home to many animal species, including lions, leopards, elephants, giraffes, spotted hyenas, various species of antelope and gazelle, and the hippos and Nile crocodiles in the river. 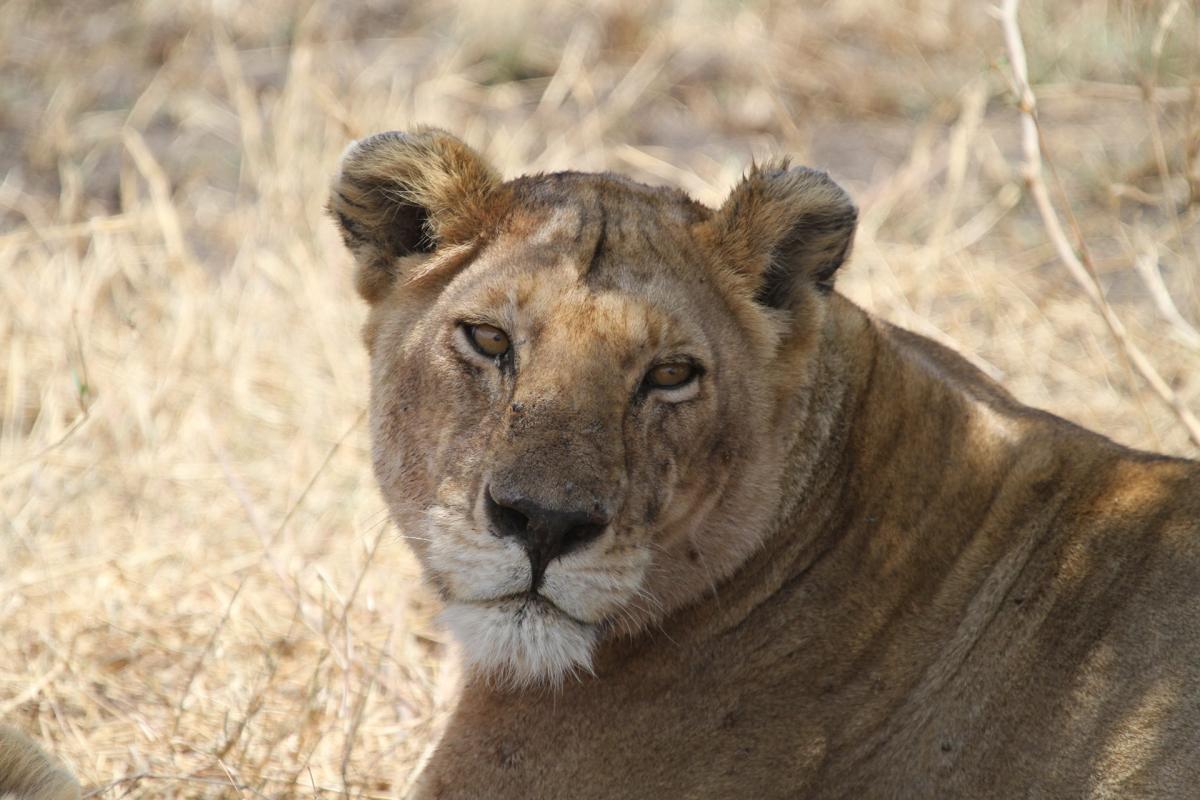 Our trip to South Africa and Botswana in numbers
END_OF_DOCUMENT_TOKEN_TO_BE_REPLACED

The Great Migration and the short dry season

The Great Migration and the long rain season

The Great Migration and the short rain season