The areas of the iSimangaliso Wetland Park: the Western Shore and Charters Creekreek

Years ago, in this area of ​​today's iSimangaliso Wetland Park, there were mainly cultivated fields and tree crops, that caused a degeneration of the original ecosystem.

But, over the last 10 years, a major redevelopment work has been carried out, with the aim of eradicating all the non-native plants and shrubs of the area and restoring the original environment; this has meant that these lands have returned to their original wild state and today they are a natural paradise, still little known by travelers and that would deserve a visit, for its beauty and its animals.

Now in fact this part of the park offers enchanting landscapes and the opportunity to spot many animals, that have been reintroduced, among these 4 of the Big 5: white and black rhinos, leopards, buffaloes and elephants, as well as herds of waterbucks, the common reedbucks, the kudus, the servals, the tsessebes, the giraffes, the nyalas, the zebras, the red duikers, the gray duikers and the wildebeests; the wetland and the various pans host not only crocodiles and hippos, but also many species of waterfowl and there are plenty of birds of prey, present in abundance.

The Western Shore of the St Lucia Lake is very different from the Eastern Shore that overlooks the Indian Ocean; although the two shores are relatively close they have two ecosystemsand two different climates: the Western Shore is much less rainy and, consequently, its soil is less humid and, mainly, consists of palmveld and bush.

There are two entrances that allow to visit the Western Shore of the iSimangaliso Wetland Park: the Dukuduku Gate, located to the South and near the town of St Lucia, and the gate that is reached coming from the N2 towards Charters Creek.

Birdwatchers cannot miss the Kwelamadoda Pan and the Kwelezintombi Pan that are home to an abundance of birds.

In the last few years the park's infrastructures have been implemented at the iSimangaliso Wetland Park, various lookouts and hides have been created, such as the eMgadankawu hide, public services, places to picnic, such as the uBhejane picnic site, and a walkway suspended between the trees (canopy walk); new routes have also been created, such as the uMphathe Loop, where the Kweyezalukazi Lookout is located, and the uMdoni Loop, that leads to the uMthoma's areal boardwalk, that offers a beautiful view of the St Lucia Lake while, in the distance, you can see Cape Vidal, to the North, and Maphelane, to the South.

Charters Creek is located on the Nhlozi peninsula, that juts out into the St Lucia Lake, and is the site of the Western Shore where one can stay, right on the shore of the Lake; it is one of the favorite destinations for birdwatchers, in fact it is possible to spot both water birds and forest birds, including birds of prey.

Alternatively one can stay in the town of St Lucia and visit the Western Shore of the iSimangaliso Wetland Park during the day. 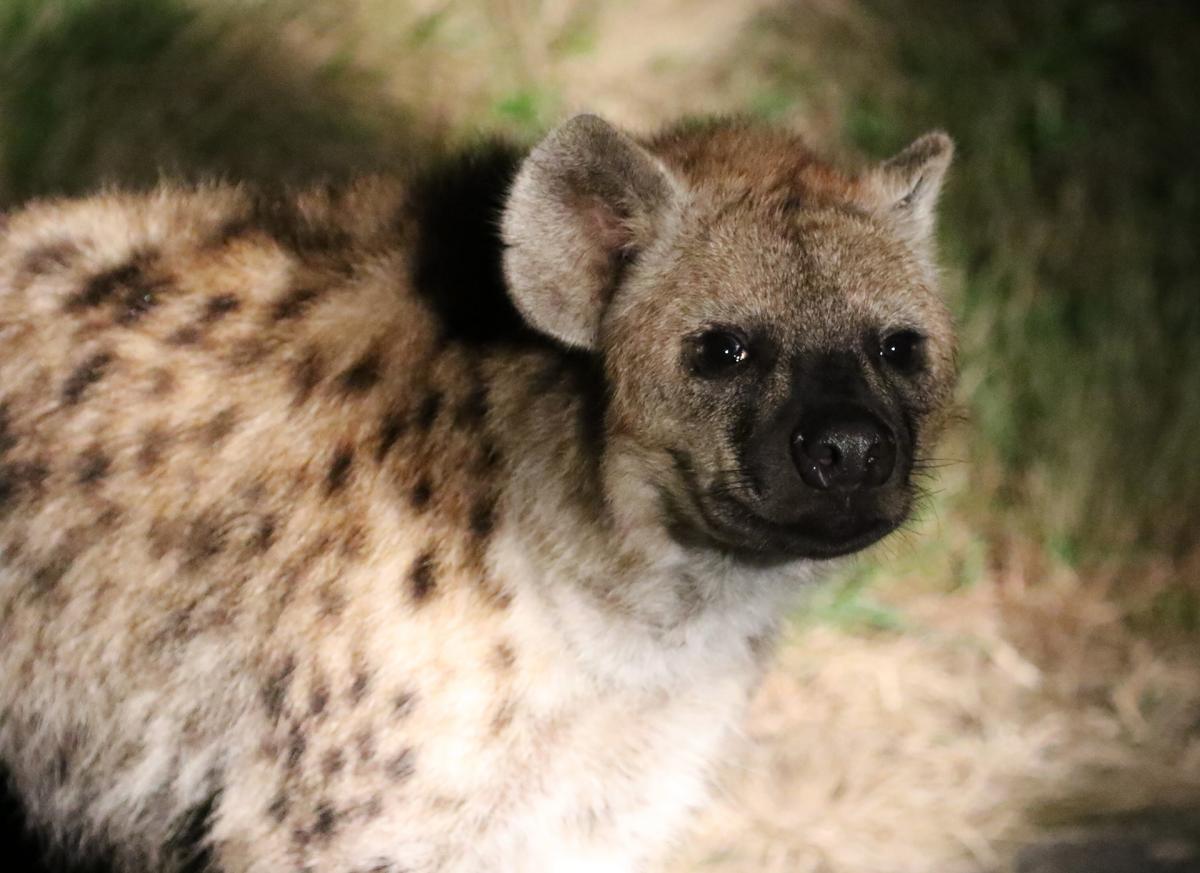 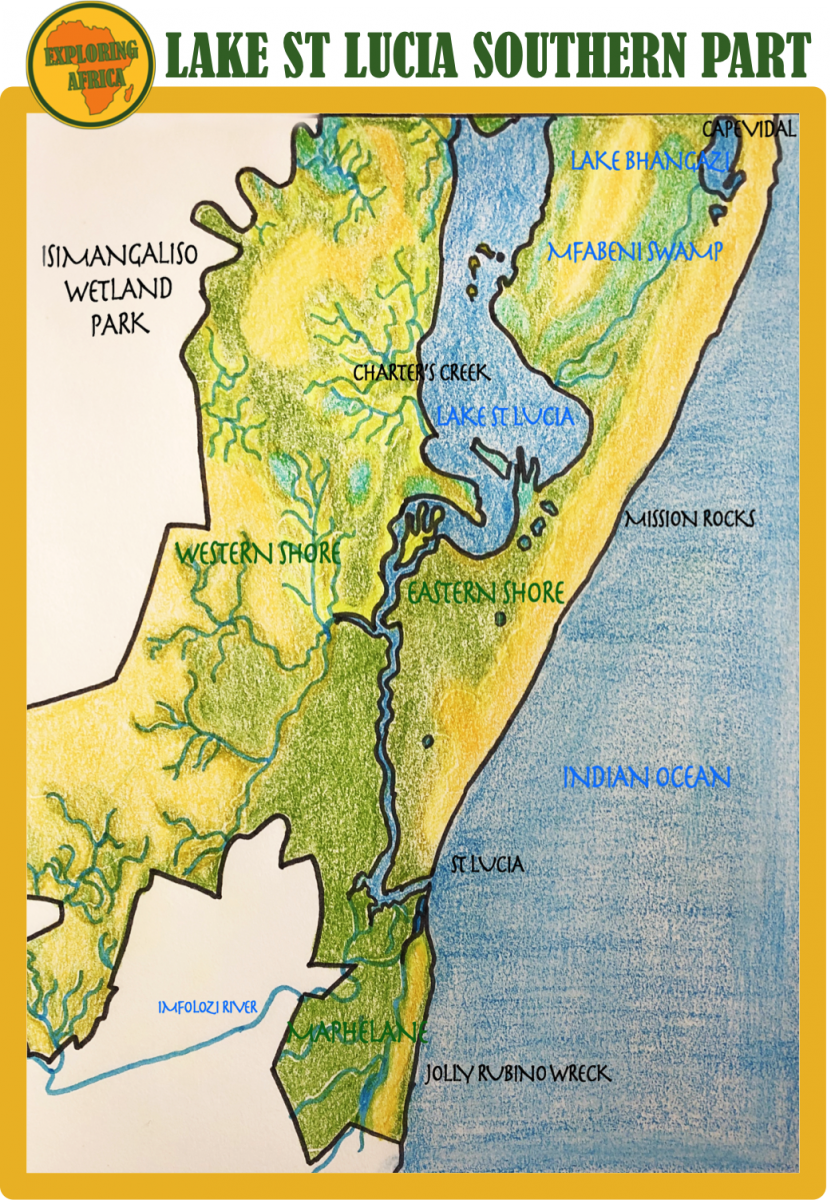 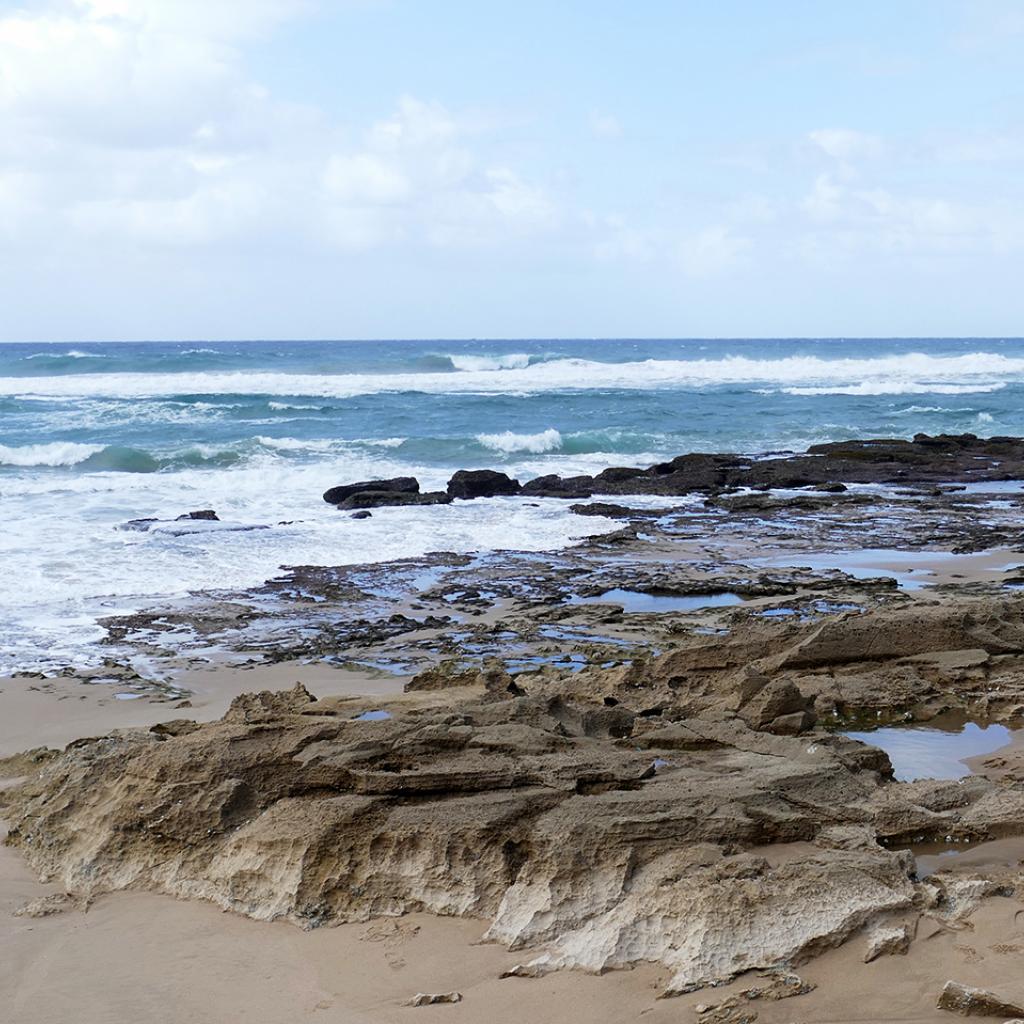