The Mkhaya Game Reserve is located in Eswatini or Swaziland, and was established in 1979 when the Big Game Parks company purchased the land to protect the last herd of Swaziland's indigenous Nguni cattle.

The mission of the reserve expanded following the conservation of other endangered species and numerous animals were introduced from both other areas of Swaziland and neighboring South Africa.

Six black rhinos from South Africa were relocated to the Mkhaya Game Reserve in 1995, a project funded by the Taiwanese government and heralded as a turning point in international efforts to protect endangered species.

In 1997, the first two baby elephants were born at the Mkhaya, an event that had not occurred in Swaziland for a hundred years.

In 2015 the decision was taken to remove the elephants from the Mkhaya Nature Reserve, as a consequence of the profound modification of the habitat carried out by the pachyderms and to safeguard the substantial loss of biodiversity; elephants in fact ate and felled trees at too high a rate compared to natural regrowth.

The elephants were transferred to the largest Hlane Royal National Park with an incredible transport operation.

The herds of Swazi Nguni cattle, that risked extinction in the 1980s, are today the most important economic asset for the economic sustenance of the reserve.

Initially, the Mkhaya Nature Reserve was supported thanks to the intervention of numerous associations for the conservation of nature including the Holland Rhino Foundation, the San Diego Zoo, the South African Nature Foundation and by international bodies including the European Union.

Today the Mkhaya Game Reserve is a sanctuary for endangered species and home to other large mammals that once inhabited the plains of Swaziland, a modern success story for the conservation of rhinos and animals in general. 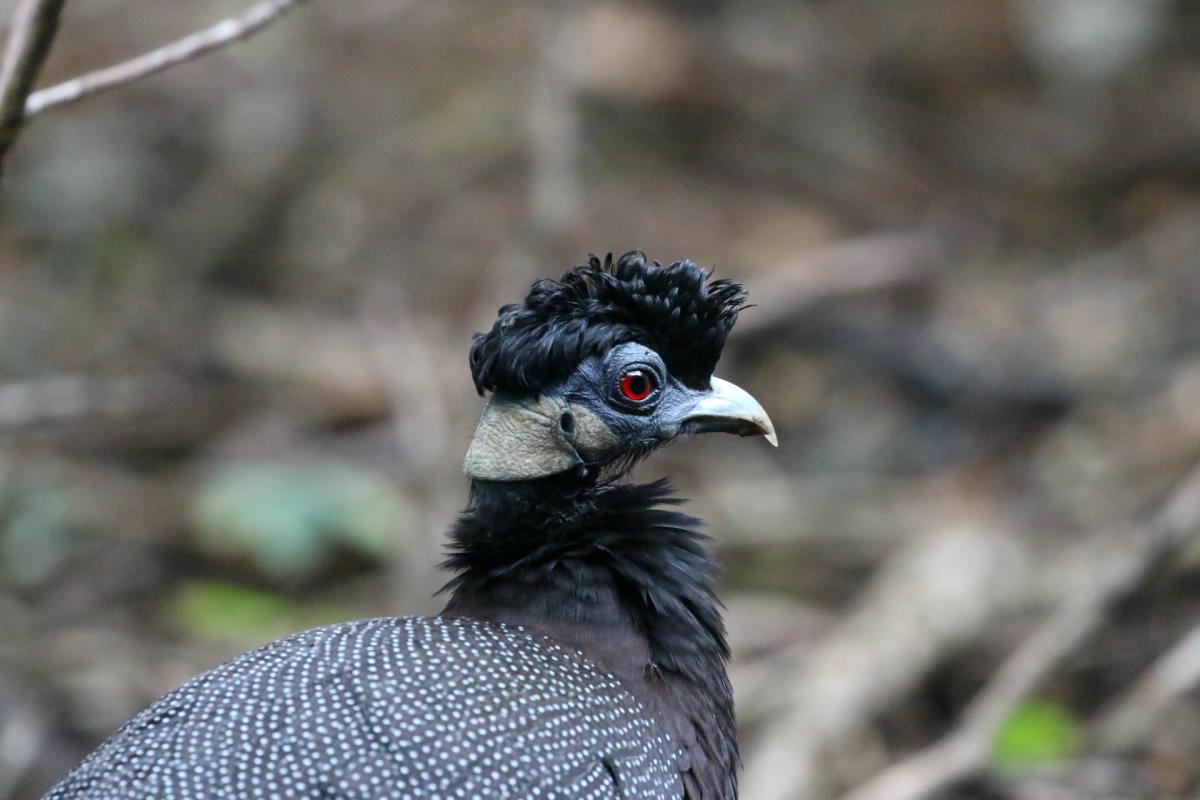 Even today, the Mkhaya Game Reserve is engaged in a major conservation effort that includes an intensive farming project dedicated to reintroducing rare species to Swaziland.

The Mkhaya Reserve has a number of fenced areas that allow the species to reproduce; as the numbers of specimens of a species grow, the animals are released into the larger sections.

The Mkhaya Game Reserve is located in the South-Eastern region of the country, in the heart of the lowveld, in an area that was once occupied by farms and over the years has been converted and restored to its original natural state.

The Mkhaya Nature Reserve owes its name to a tree that is very present in its territory: Mkhaya is the name in siSwati of the Knob Thorn tree or Acacia nigrescens present in large numbers in the reserve and easily identifiable thanks to the characteristic thorns and the large and markedly knotty trunk.

Mkhaya also means home and this is due to the fact that the precious hardwood of Acacia nigrescens is used for the construction of houses in Swaziland.

The Mkhaya Nature Reserve is located on the plain, at an altitude ranging from 200 meters to 355 meters above the sea level; in an area historically prone to drought, with an average rainfall of only 600 mm per year.

At Mkhaya the predominant biome is the savannah, with linear semi-deciduous woods and forests found along the waterways; moreover, the reserve protects the endemic species of Aloe Drimiopsis reillyana.

In the Mkhaya Reserve there are some seasonal rivers that cross it, these rivers allow the survival and proliferation of forests with tall and semi-deciduous trees; here there are fuchsia trees or Schotia brachypetala, leadwood or Combretum imberbe, marula or Sclerocarya birrea, reclined Phoenix and large ficus and Berchemia zeyheri trees, also called Red Ivory.

The high number of flora species allows the survival of the species of animals that inhabit the reserve.

Among the mammals present in the Mkhaya Nature Reserve are black rhinos and white rhinos, buffaloes, black or sable antelope, giraffes, roans or roan antelopes, wildebeests, zebras, warthogs, nyalas, kudus, tsessebes and some predators including leopards and hyenas.

In the permanent pools of water there are hippos, Nile crocodiles, various species of waterfowl and freshwater or terrapin turtles.

In addition to freshwater turtles, other reptiles are also found in the Mkhaya Nature Reserve: a wide variety of snakes, a large number of lizards and two species of land turtles.

For birdwatchers, the Mkhaya Game Reserve is home to spectacular birdlife; over 240 species of birds have been recorded here.

In the bush along the rivers it is possible to spot the purple crested turaco or turaco crestaviola or Purple-Crested Lourie, the crested guinea fowl, the narina or Narina Trogon hornbill, the trumpeter or Trumped hornbill and several species of kingfisher, just to name a few.

The territory of Mkhaya is manned and patrolled by Swaziland rangers belonging to the communities close to the reserve and currently boasts what is probably one of the most effective anti-poaching units in Africa. 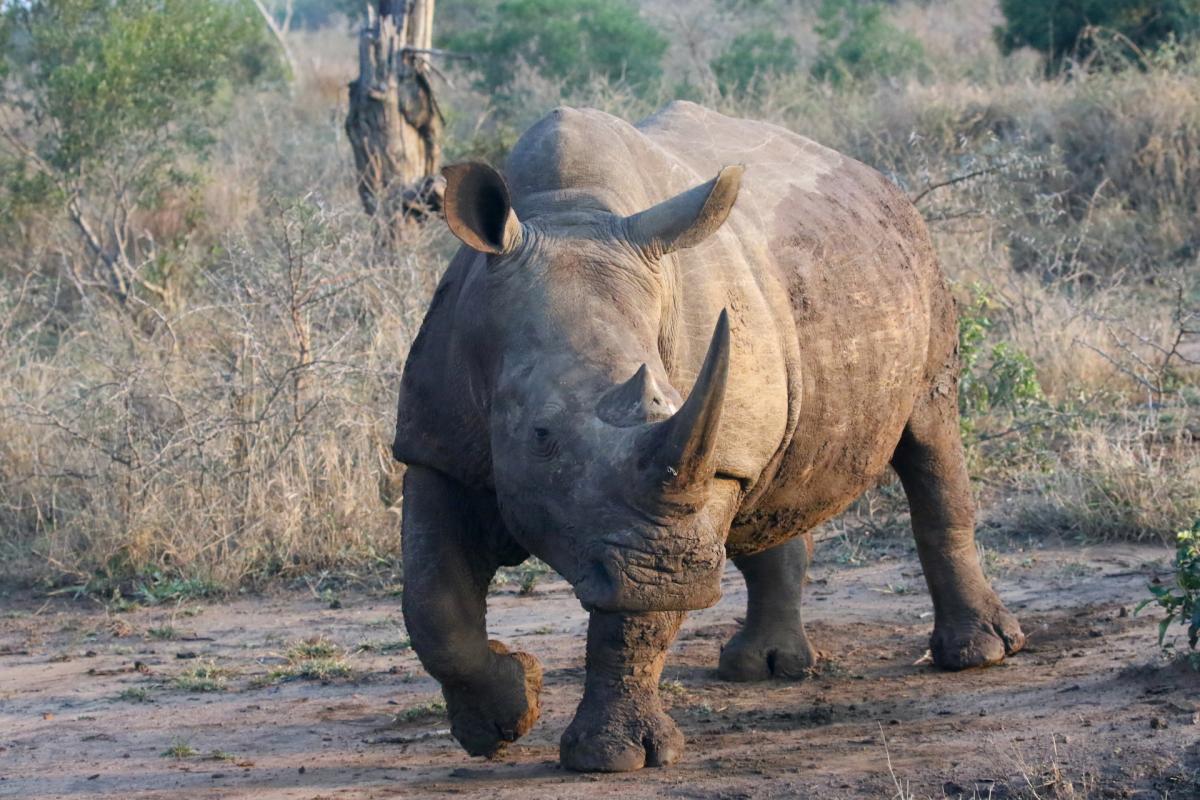 Staying at the Mkhaya Game Reserve

At the Mkhaya Game Reserve there is only one structure where you can stay: the Stone Camp.

The Stone Camp at the Mhkaya Game Reserve is an exclusive lodge that defines itself as Closer to nature and in fact by staying at the Stone Camp you live an experience in direct contact with nature.

The Stone Camp is located along the banks of a river that is dry most of the year, the vegetation is luxuriant; there are mainly tall trees such as ficus, leadwoods and sausage trees or Kigelia africana.

The camp is comfortable, quiet and relaxing; common structures are designed to have the least possible impact on nature; the restaurant is a minimal structure with tables positioned directly on the sand and there is no electricity, so you can dine by candlelight.

The Stone Camp has some cottages well spaced from one another and to reach them you need to walk a path through the trees along the river; each cottage is named after a species of animal that is present in the Mkhaya Game Reserve

The structure of the cottages has a base and a wall about one meter high made of stone, while the roof is made of thatch, but the characteristic that makes these lodges unique is that between the stone wall and the roof they are completely open; this particular feature allows you to immerse completely in the surrounding nature.

After dark the camp cottages and paths are lit with paraffin lanterns as the camp has no electricity; the lanterns help to create an extremely romantic and slightly retro atmosphere that recalls the times of the first explorers.

The territory of the Stone Camp is often visited by some animals of the reserve, the crested guinea fowls usually roam around the reception and at the restaurant tables always looking for something to eat, sometimes even some shy nyala and suni roam the field.

During the night the atmosphere is magical: the open cottages allow you to hear the noises of the bush, you can hear the typical vocalizations of the hyenas in the distance and the calls of nocturnal birds.

Safaris within the reserve are only possible if accompanied by park guides, open Land Rovers are used to ensure optimal visibility, it is also possible to participate in walking safaris. 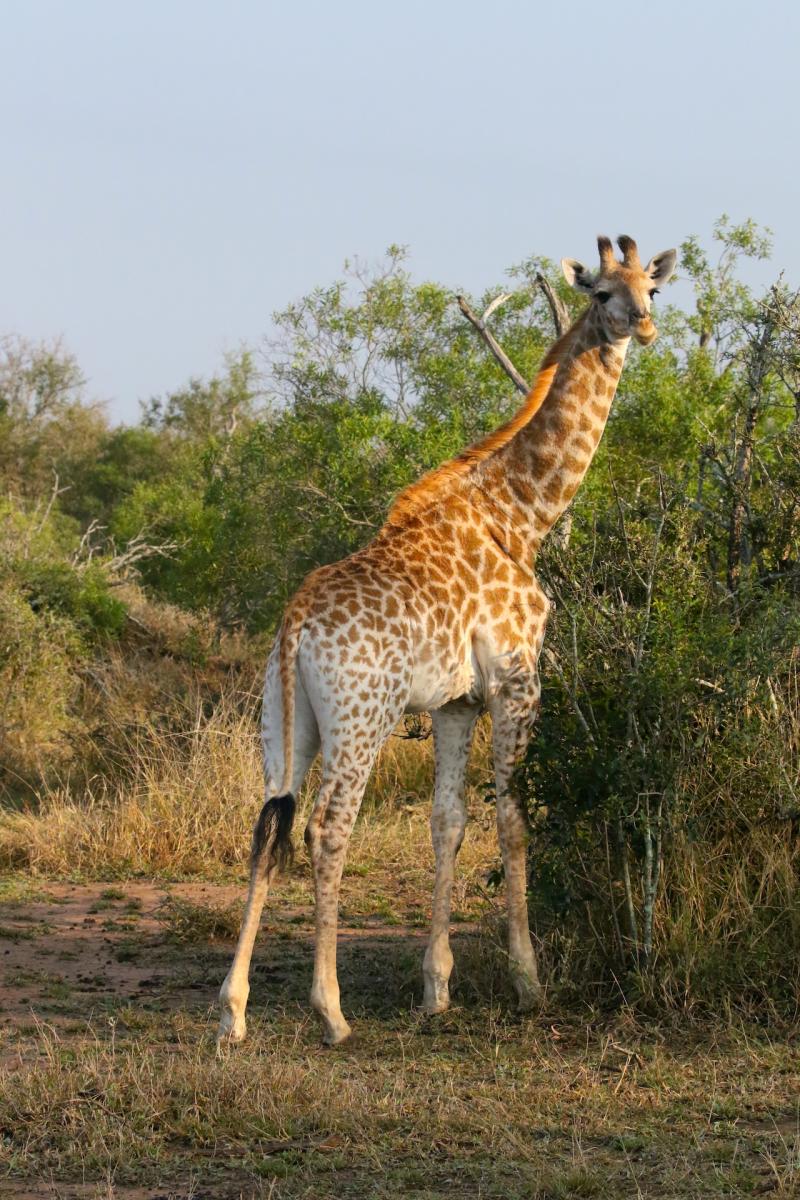