Twyfelfontein's rock engravings site is one of the largest and most important concentrations of rock art in Africa, with more than 2,500 rock engravings and some cave paintings.

The site occupies a wide valley, that extends across the sandstone plateau of Damaraland, in the Kunene region.

The sandstone rocks are about 180 million years old, over the millennia they have opened cracks that, widening more and more, have detached large boulders from the main wall, these large blocks have almost perfectly flat faces, making them ideal for engraving and painting.

The engravings were discovered by the topographer Reinhard Maak, the same scholar who also discovered the famous White Lady in Brandberg.

Apparently similar to other petroglyphs, depicting hunting propitiatory images or a sort of map on where to find animals, Twyfelfontein's engravings have a meaning related to the world of rituals and spirits.

The visitor center is an interesting building because it was built without the use of concrete, only recycled materials were used and it can be easily dismantled without leaving any permanent mark on the landscape.

The site is visited on foot, the walk is very fun and the tour is definitely recommended.

The excursion to Twyfelfontein also offers an excellent opportunity to leave the vehicle for a while and admire the images and sounds of the surrounding natural environment.

Visitors can choose whether to take a short individual visit or a guided tour during which a local guide accompanies them along the stone path and through observation platforms, to see some of the engravings and illustrating the history of the area and some of the customs and beliefs of the San.

There are several routes at the Twyfelfontein site:

Route 1 at Twyfelfontein: At the visitor center

Several well-preserved rock carvings can be observed in the immediate vicinity of the Twyfelfontein visitor center.

In fact, at a short distance from the visitor center there are ten panels with well-preserved engravings; they are largely geometric and schematic representations that show some visual effects of the trance.

The images are related to the first stage of trance and are part of the rituals that prepare for the supernatural experience, they are the representation of the entopticphenomena, that are visual perceptions that are generated directly inside the ocular globe. 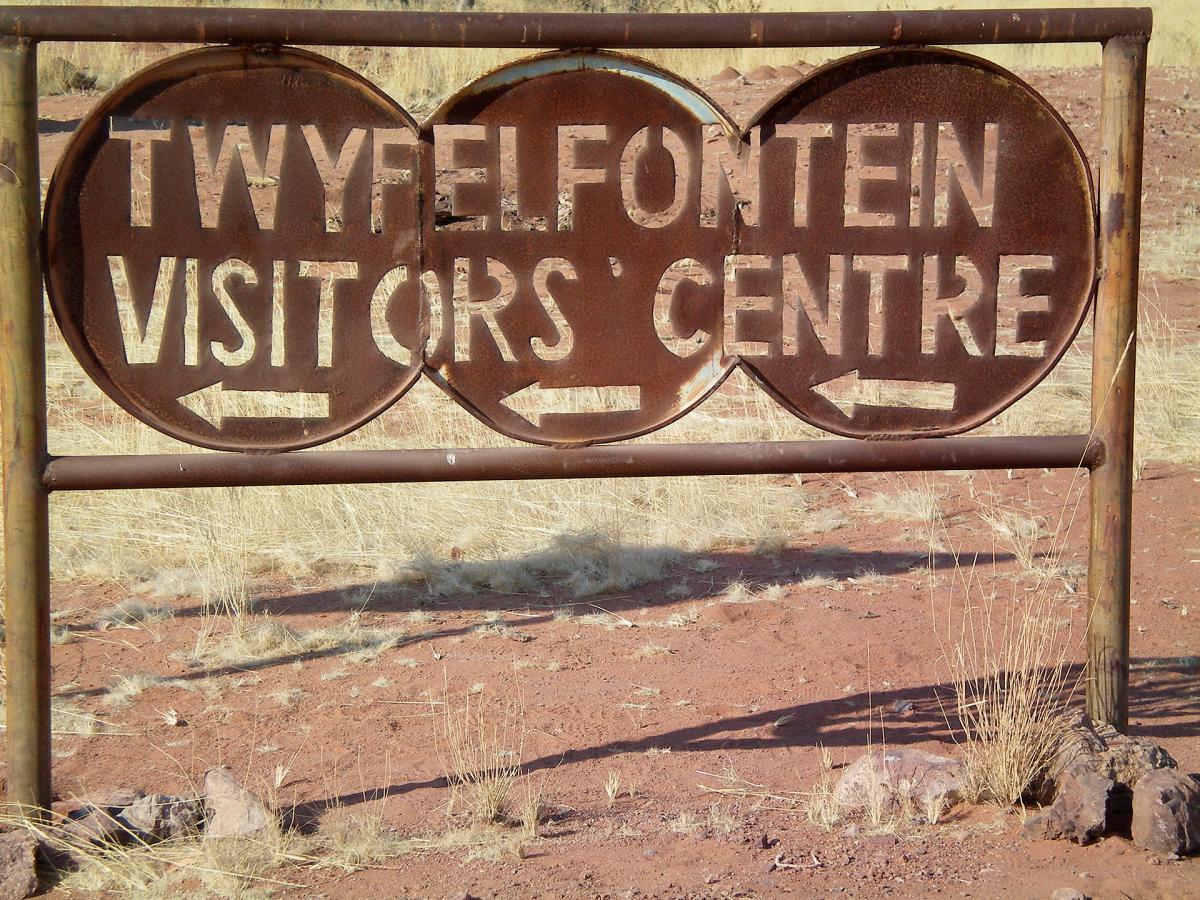 By choosing this option you can admire about 20 engraved panels, on average the self-guided tour lasts about 30 minutes and is easily feasible.

The route also includes the source of Twyfelfontein and the ruins of a colonial era farm.

The engravings depict well-preserved examples of various antelopes, birds and schematic representations, the incisions on this path are reported but not described.

Visitors must be accompanied by a guide to see the iconic rock carving of the dancing kudu, the "Dancing Kudu", this walk takes about 60 minutes along which there is also a shaded rest area and toilets.

The itinerary passes from the source and from the farm, like the free path, and continues to allow admiring the "Dancing kudu", an unusual and refined incision that combines a female kudu and different geometric representations.

A platform has been created from which the engraving can be admired and photographed.

During the excursion you will be able to observe many other engravings of giraffes: the giraffes are very common in the rock art of Twyfelfontein, they have been represented without hooves and their legs are thinner in long thin lines.

The itinerary to return to the starting point includes the Zwei Schneider site, that houses a series of rock paintings and an extraordinary "sculpture" in natural stone modeled over the centuries.

The famous engraving of the Lion Man is the protagonist of this itinerary, that can only be done if accompanied by a local guide, this route takes about 80 minutes.

The route faces rough terrain and is not suitable for people with low mobility.

The main attraction on this route is the "Lion Man" panel in which human and animal elements are combined and blended.

The engraving depicts a lion with a prey in its mouth and with five fingers on each leg and on the tip of the tail, it is believed to represent the transformation of the shaman from man to lion as he travels through the spirit world.

The track also includes a number of other noteworthy engravings: giraffes, rhinos, various species of antelopes, some elephants and numerous human and animal footprints.

There are also images of seals and flamingos that show how the San artists knew these animals that live in distant places.

The Twyfelfontein site is open from 8:00 am to 5:00 pm, it is advisable to arrive early in the morning because there is no shade at the site and it is very hot; moreover, the morning is also the best time for photography. 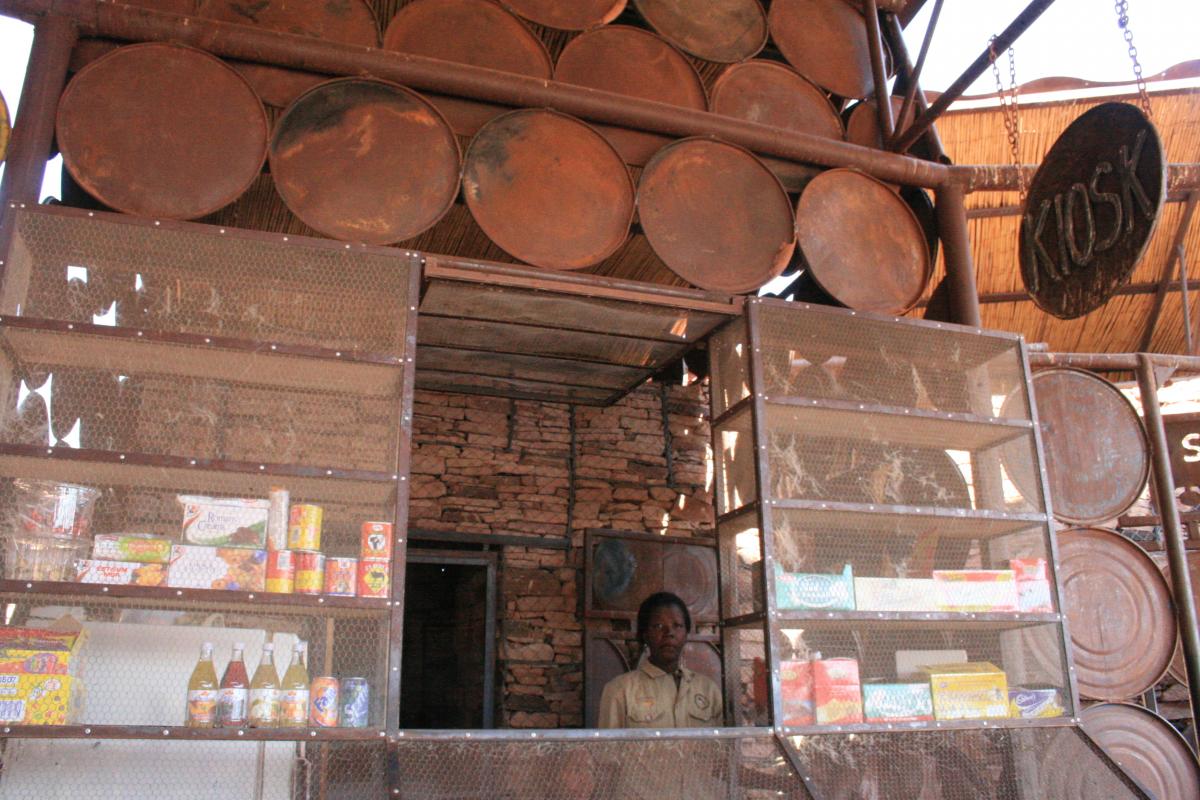