It is often erroneously called the "Skeleton Coast" a coastal stretch that goes beyond the boundaries of the homonymous national park; while the Skeleton Coast National Park extends from the Kunene River to the North, this river also traces the border between Namibia and Angola, and the Ugab river to the South, where one of the two gates to the park is located.

The Skeleton Coast National Park is located in Namibia and includes a stretch of coastline 500 km long and 40 km wide and protects an area of ​​about 16,000 sq. Km.

The territory of the Skeleton Coast National Park is predominantly flat and sandy, it rarely has rocky areas; the Northern part is much more sandy and here its dunes reach the ocean.

The climate of this area is arid and the rainfall is very low, the humidity comes mainly from the fog that is formed due to the difference in temperature between the water of the Benguela current, that comes from the Antarctica, and the continental waters, that are warmer; usually the fog is present in the morning and late in the evening, while in the central hours of the day the sun manages to thin it out.

The presence of fog, in addition to creating a gloomy atmosphere, is essential for the survival of some species of animals and some plants.

At first sight, in fact, the territory of the Skeleton Coast seems inhospitable and uninhabited, but in reality here are able to survive several animals, that have adapted to live in these places, among these are the famous desert elephants, black rhinos, lions, cheetahs, giraffes, oryxes, zebras, springboks, spotted hyenas and brown hyenas; usually the mammals are concentrated in the dry river beds, that from the interior of the country head towards the Atlantic Ocean.

In the Skeleton Coast National Park there are also 247 species of birds, including the Damara tern that nests on the rocky ground near the coast; here are also several marine and aquatic species, such as cormorants, that nest on what remains of some wrecks.

Even some species of plants can survive in this hostile environment, among these we find the Welwitschia mirabilis, the Acanthosicyos horridus, or Nara melon) the Euphorbia tirucalli, also known as "pencil bush" and some species belonging to the Lithops family that, due to their appearance, are also called "living stones"; there are also several species of lichens, very important for the ecosystem of the Skeleton Coast.

The Bushmen, or San, call the Skeleton Coast "The land that God created with anger", while the Portuguese, when they landed here centuries ago, named it "the sands of Hell or "as areias do Inferno "

The Skeleton Coast owes its name to the skeletons of whales and other mammals, including humans, which have been found here; moreover, in the sands of this coastal desert several ships have been stranded over the centuries, these wrecks, or what is left of them, look like skeletons abandoned in the desert.

The wrecks, in addition to offering shelter to several animals, such as the Cape fur or cormorants and other seabirds, have a special charm and offer the opportunity to take unique photographs.

There are hundreds of ships that have been shipwrecked stranded on this stretch of coast, but some wrecks are better known than others, such as the Dunedin Star, the Islander, the Suiderkus, the Sir Charles Elliot and the Kaio Maru, the Seal and the Luanda, that are located near Toscanini, and the Atlantic Pride near Torra Bay; to be able to spot them in the best way it is necessary to participate in a fly-in safarior a scenic flight.

Most of the ships have run aground here because, on the bottom of the Atlantic Ocean, also very far from the coast, there are several dunes that, following the wave motion and the sea currents, move continuously and it is therefore impossible to map them; also the strength of the currents and the waves and the frequent fogs have contributed, over the centuries, to shipwrecked ships.

Not only are the dunes on the bottom of the Atlantic Ocean move, but also those on land, most of the dunes of the Skeleton Coast are in fact mobile dunes, this means that they move driven by the force of the winds; they move about 15 meters a year, covering some wrecks and skeletons, but bringing others back to light.

The Southern part of the Skeleton Coast National Park, the one between the Ugab river to the South, Terrace Bay to the North and Springbokwasser's entrance to the East, is easy to visit: you can get in with your own car, once you have paid the admission fee, it is also possible to stop for the night inside the park.

This area of the park is located in the Damaraland, the territory inhabited by the Damara.

The Northern part of the Skeleton Coast National Park, from Terrace Bay to the Kunene River, is much wilder and can only be accessed in two ways: by participating in a fly-in safari or staying in the only lodge in this area , the lodge can only be reached by small aircrafts.

This area of the park is located in Kaokoland, the territory inhabited by the Himba.

The Skeleton Coast National Park has two entrances: the Ugab Gate, which is 20 km North of Swakopmund, along the C 34, and the Springbokwasser Gate, that is located along the C 39, 170 km from Khorixas, inland, 40 km from the intersection with the C 34.

• living the experience of being in an inhospitable and almost threatening place
• going in search of wrecks and skeletons hidden in the sand
• looking for wild animals that, despite the difficult habitat, manage to live here
• admiring the sand dunes and the waves of the Atlantic Ocean
• surfing in the icy waters of this stretch of coast, riding large waves
• fishing 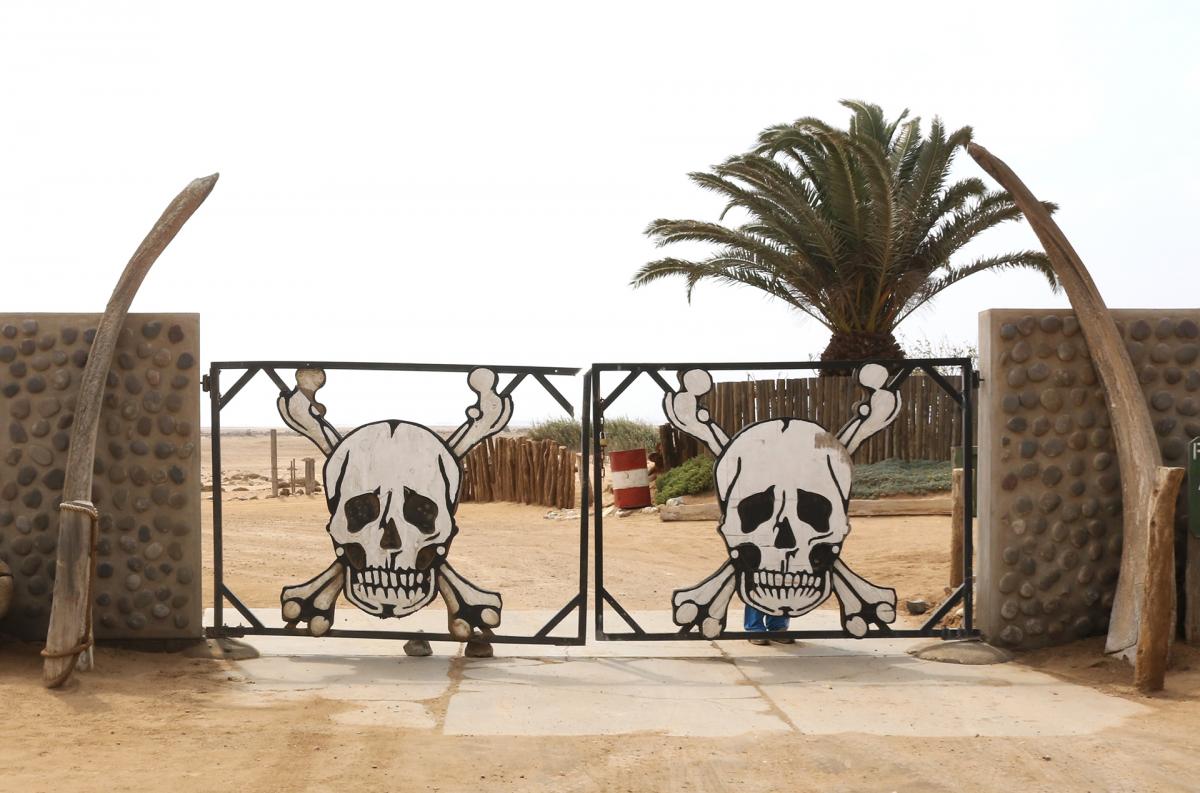 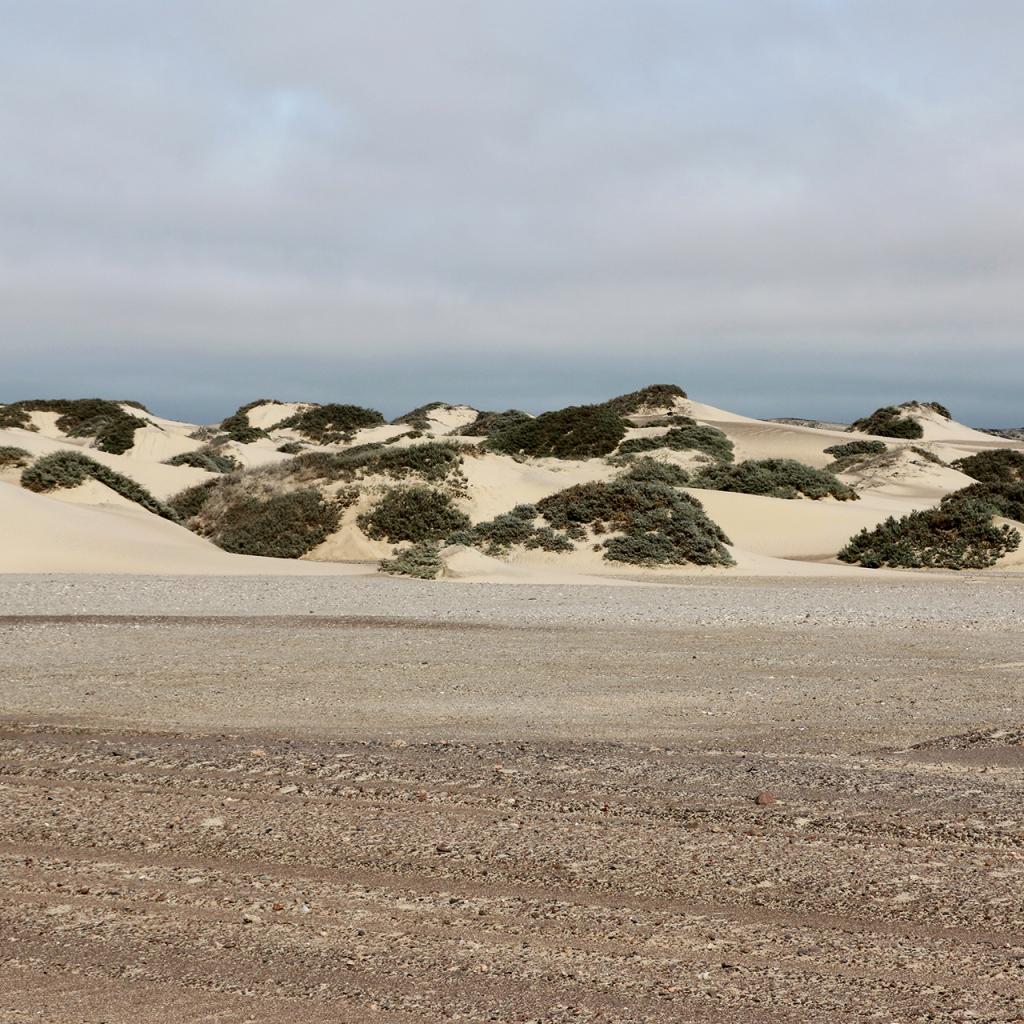 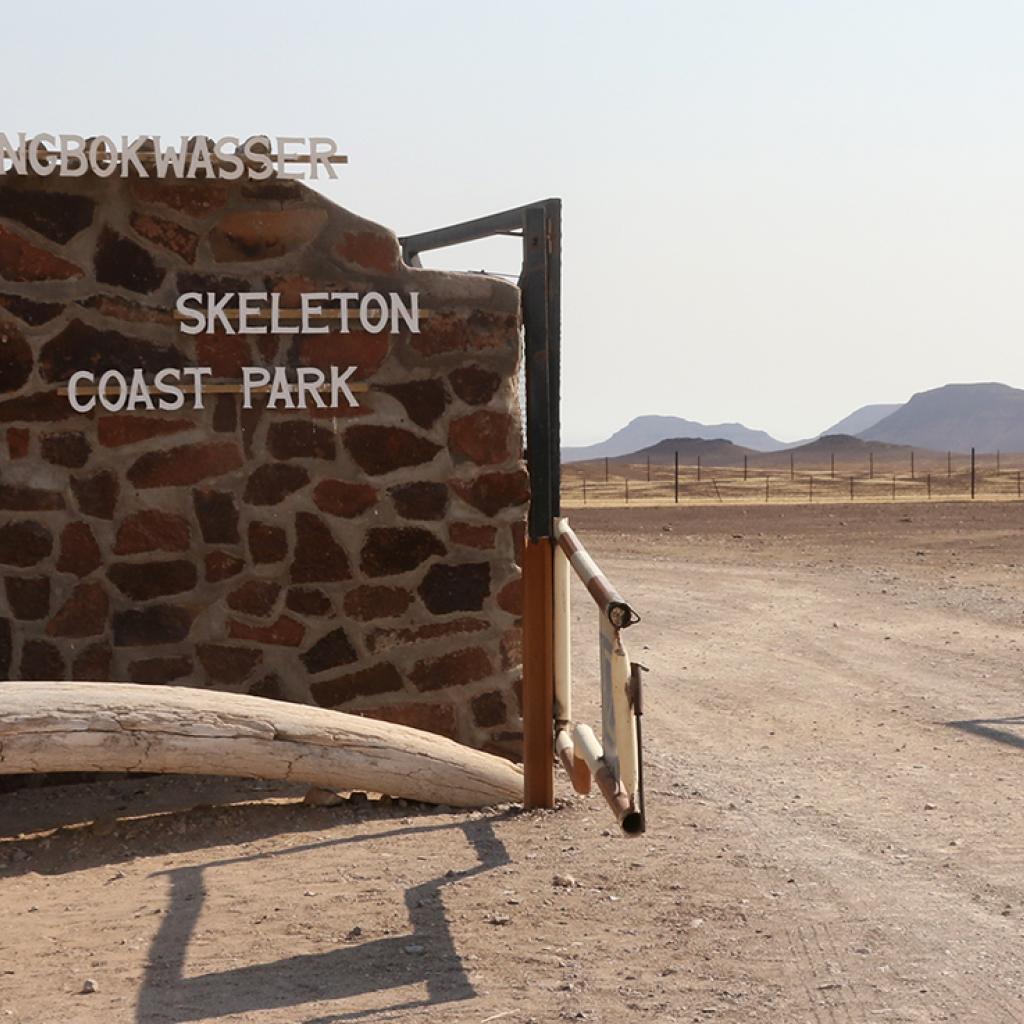