Himba women - Photo Credits: Romina Facchi
The Himba don’t count their years from when they were born, nor from when they are conceived, but from the day that the child was a thought in his mother’s mind.
According to tradition, when a woman desires to have a baby, she goes off the village and sits under a tree by herself, and she keeps silent until she can hear the “birth song”, or the “song of the child”.
After hearing the melody she comes back to her village to physically conceive the baby, although it is already a reality in her mind.
When the woman is ready to give birth, she is accompanied outside the village by a group of elderly women who assist her during the labour.
After the child is born, the mother and child spend a week inside a special shelter, used solely for the occasion. It is built to the side of the headman’s hut, near the sacred fire, under the special protection of the ancestral spirits.
After the week has passed, the child is given a sort of christening. The headman leads them in front of the sacred fire and introduces them to the spirits of the ancestors. This event is akin to an introduction to social life.
The ritual carried out after the death of a person is rather simple. The body is buried in a plain hole in the ground, and the location can be recognized thanks to a “sculpture” made of piled up cow horns tied up to sticks. The Himba do not use tombstones.
This practice confirms once again the importance of breeding in the Himba culture. As a matter of fact, wealth is not symbolized by the quality of a tombstone, but rather the cattle owned during lifetime.
The funeral is usually followed by the slaughter of several cattle and three days of celebrations to commemorate the member of the cmmunity who passed away. 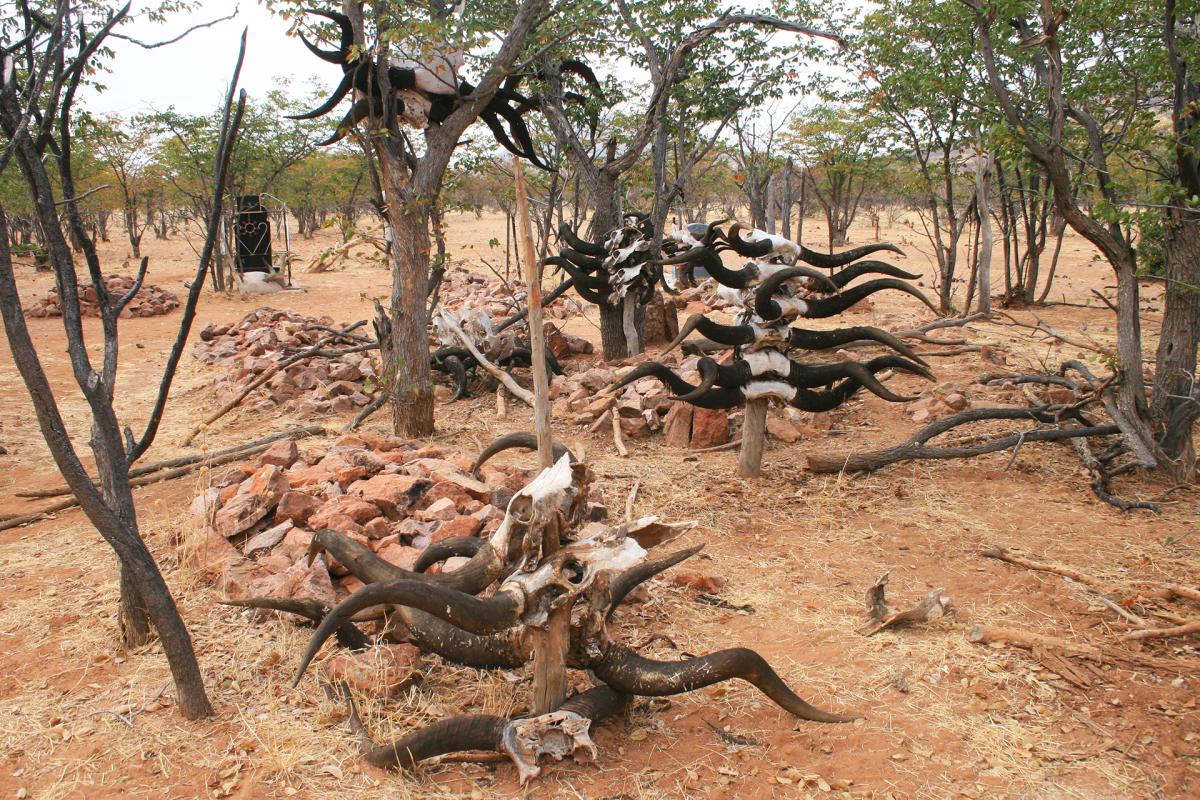 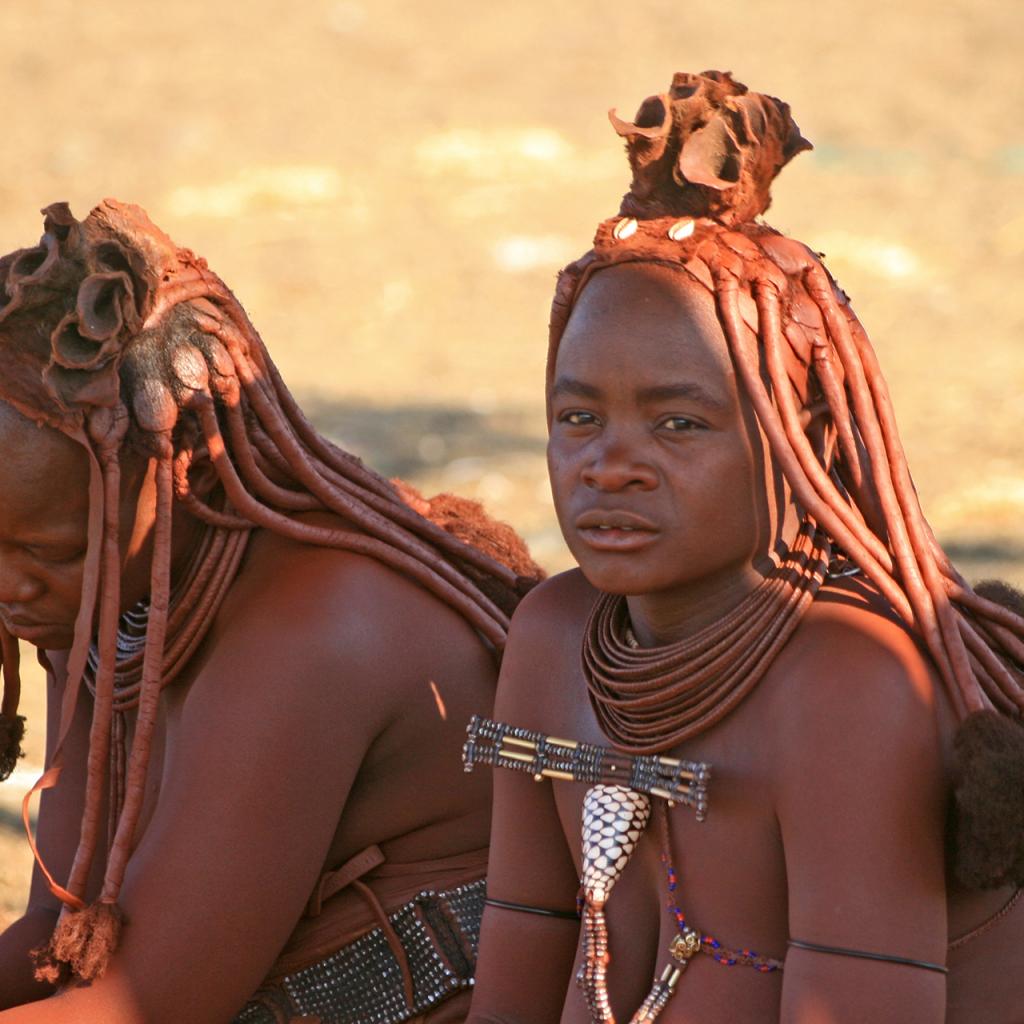 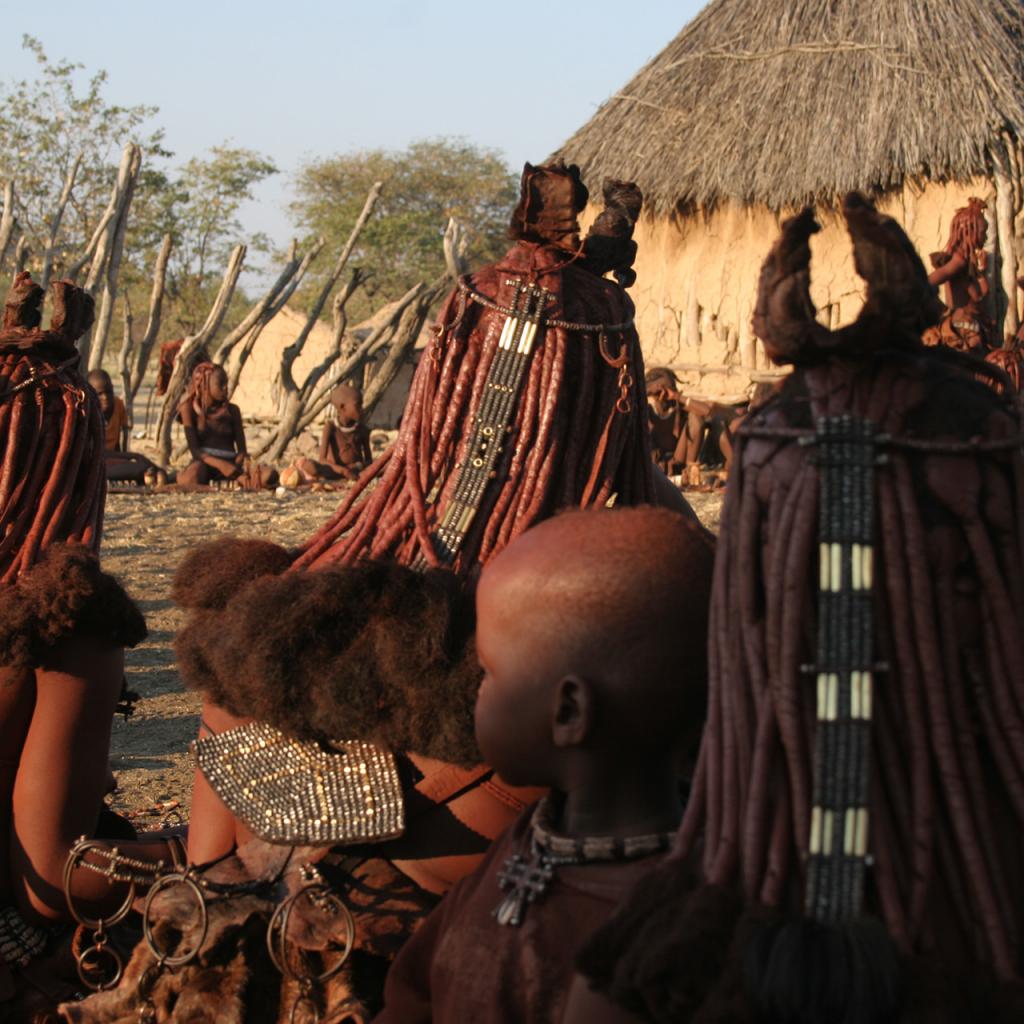 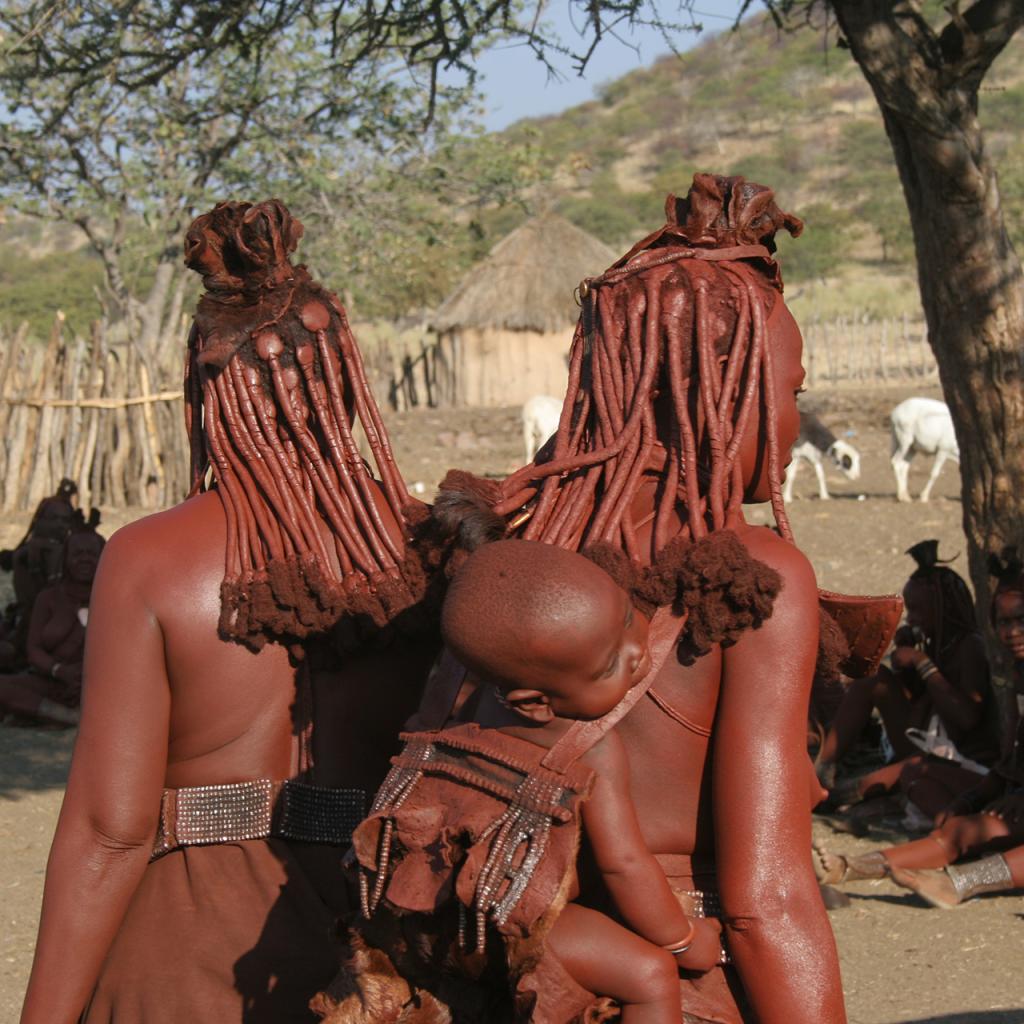 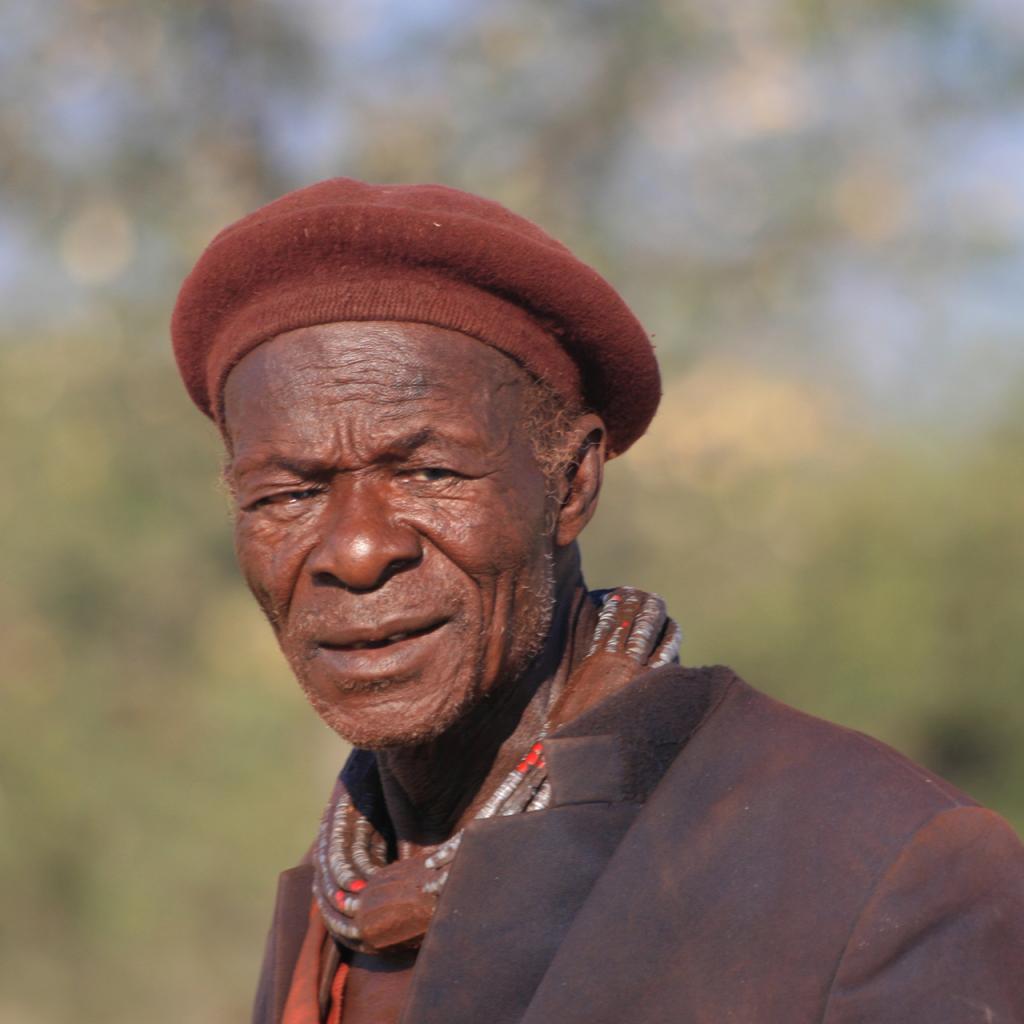 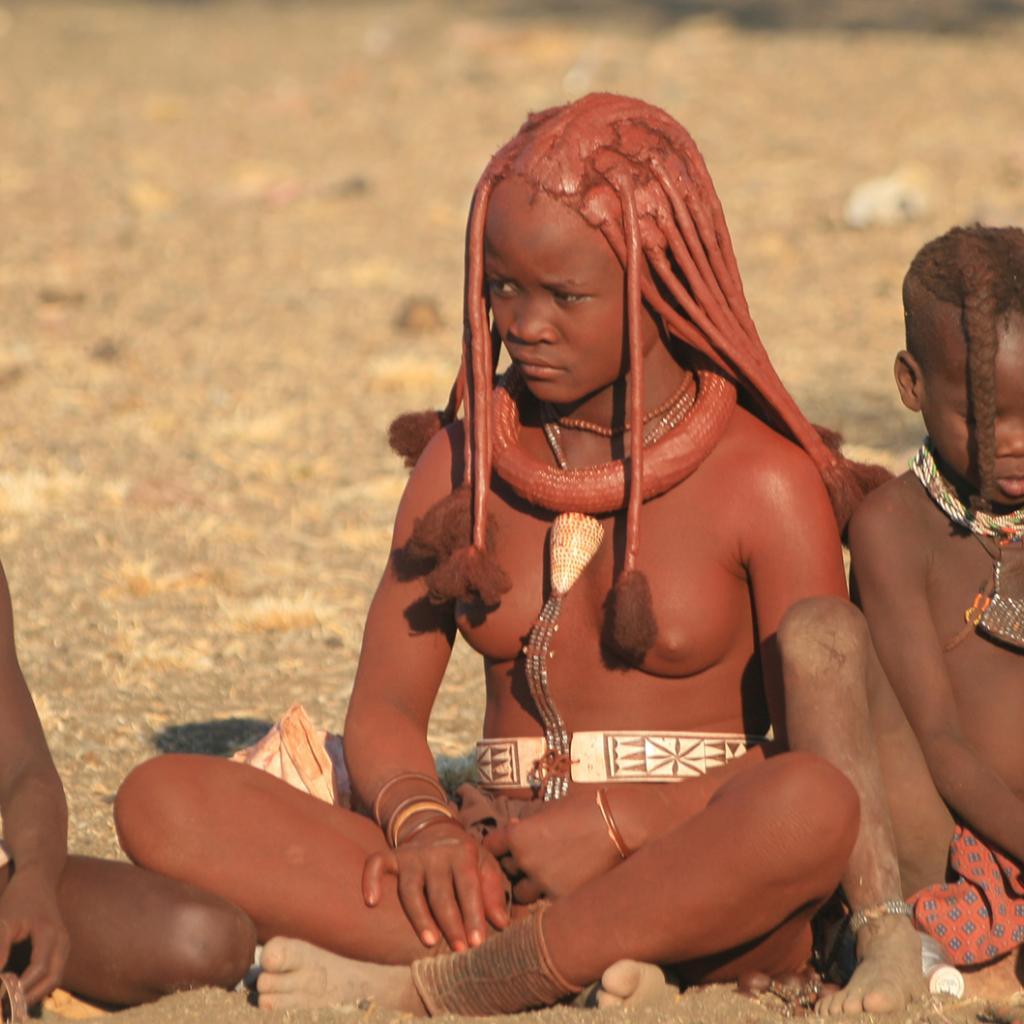