Samburu people - Photo Credits: Gordontour
The Samburu are semi-nomadic shepherds who live near the Equator in Northern Kenya and base their survival on livestock farming, particularly cattle, sheep, goats and camels.

Cattle rearing plays a key role in the Samburu culture and lifestyle, as it is for the Maasai people, with whom the Samburu share numerous customs and traditions.

Livestock provides food and their hides are used to manufacture household objects and to cover the huts.

The number of  livestock one holds indicates the wealth of a Samburu family; in order to protect their main “asset”, the herd is divided into small groups of animals that are located in different places to limit the damage in case of attacks, predation or disease; in this way they do not risk to loose everything but keep a base of herd from which to start and reinstate their assets.
The Samburu region is particularly arid and characterized by poor vegetation, this forces them to constantly move the herds to find new and fresh pastures; consequently also the people who take care of the cattle are forced to move.
After spending five or six weeks in one place, they have to move to other areas to find new pastures, the huts are then dismantled and reassembled elsewhere; a special construction system allows easy removal and installation.

Men are involved in the care of the cattle and the safety of the tribe while women have the task of milking the cows, gathering the firewood, collecting water and taking care of the huts.

The diet of the Samburu mainly consists of cow’s milk and cattle blood, the meat is rarely consumed, it is, in fact, used only during some ceremonial occasions when the animals are sacrificed and their meat is consumed.

Milk is a staple food and it is eaten both fresh and fermented, the Samburu believe that fermented milk has a better nutritional value.

The milk is often mixed with bovine blood, that is extracted by making a small hole in the animal's jugular without killing him, the wound is then sealed with a paste of hot ash.

The Samburu diet is supplemented with roots and tubers with which they make soups and agricultural products purchased in street markets with the revenues of the livestock sale.

The most purchased product is corn flour with which they cook a white polenta called Ugali; another product they usually buy is tea, that is drunk by adding a large amount of sugar and milk.

Game hunting is practiced by the Sumburu only during periods of famine; they do not usually practice fishing, because fish is considered as sacred as well as the water of rivers and lakes. 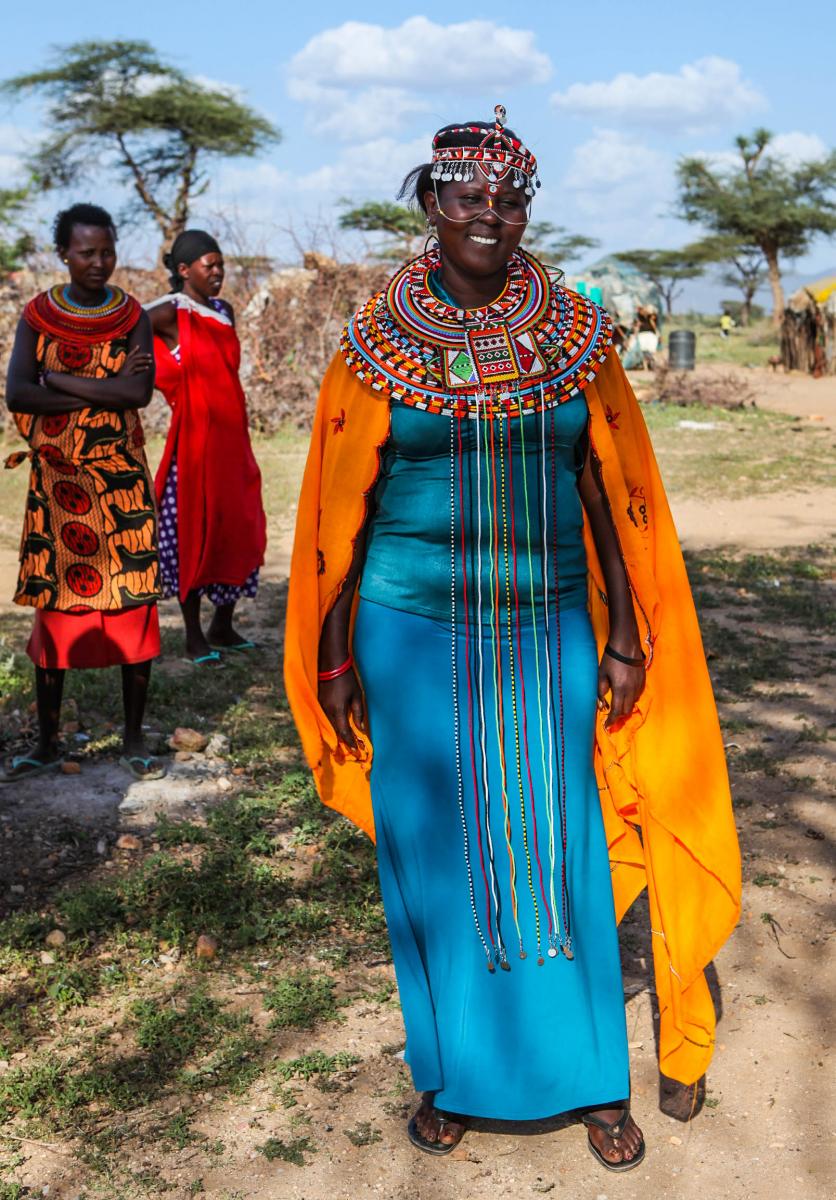 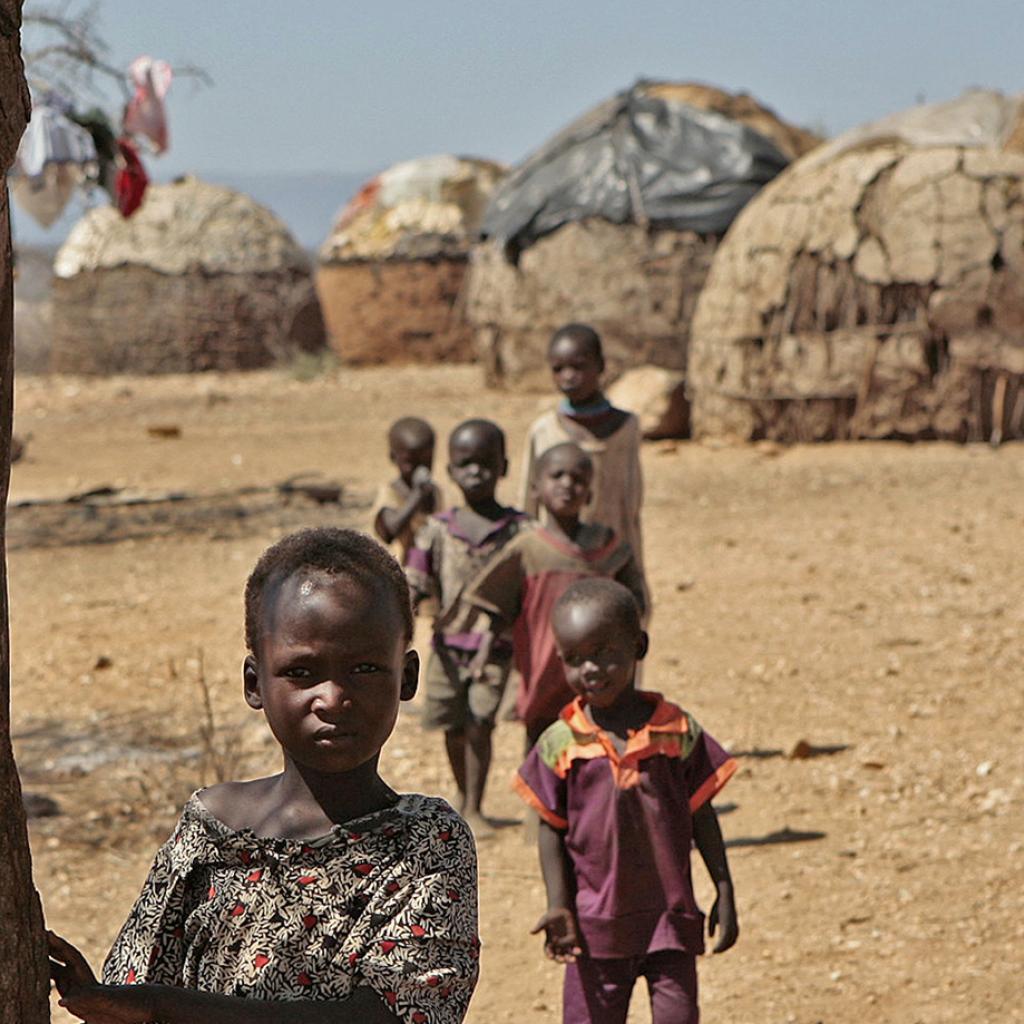 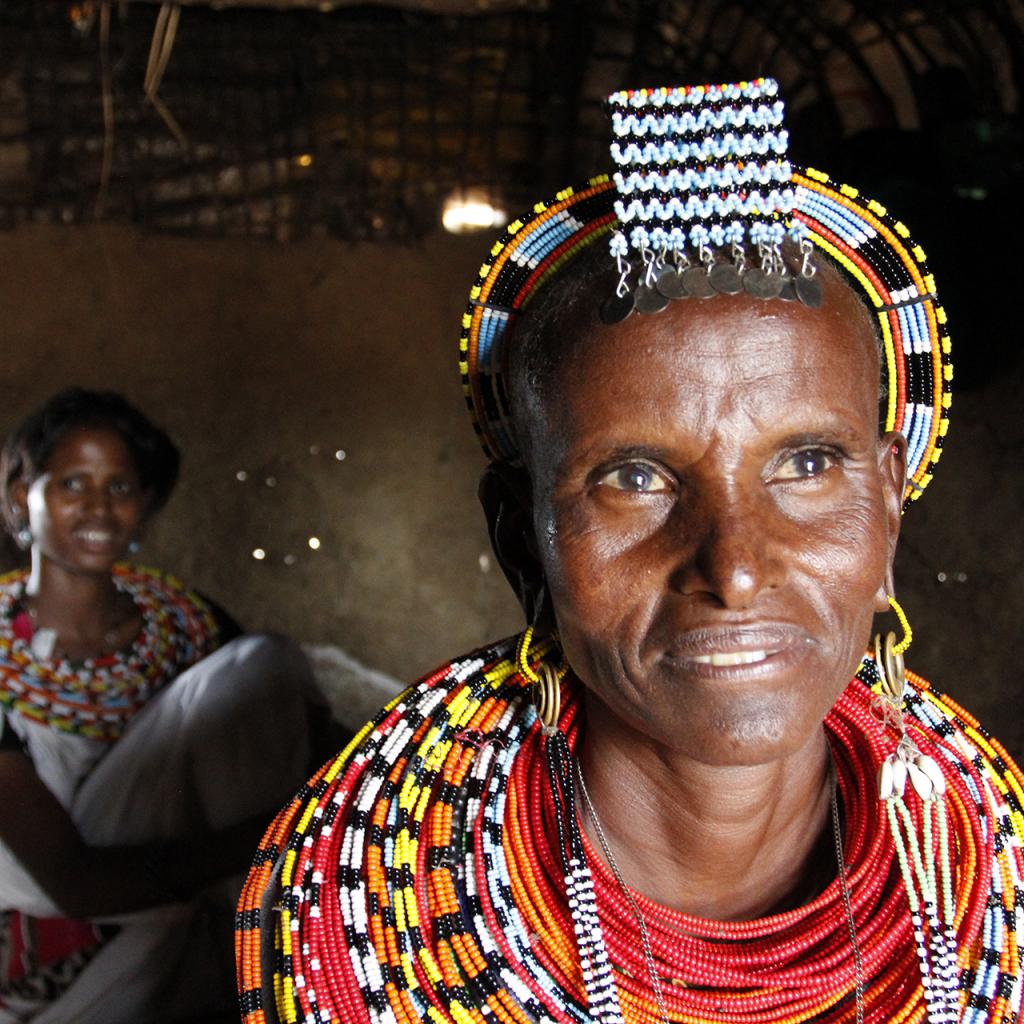 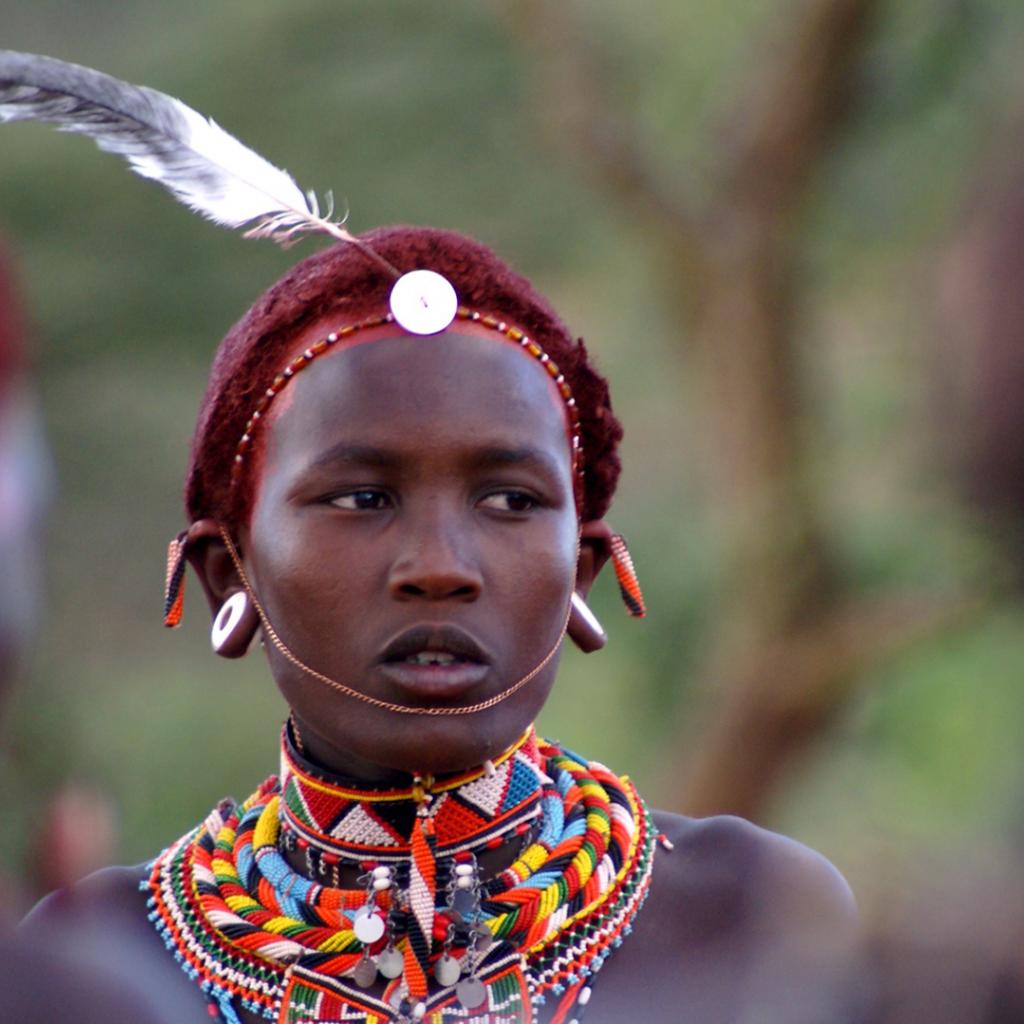 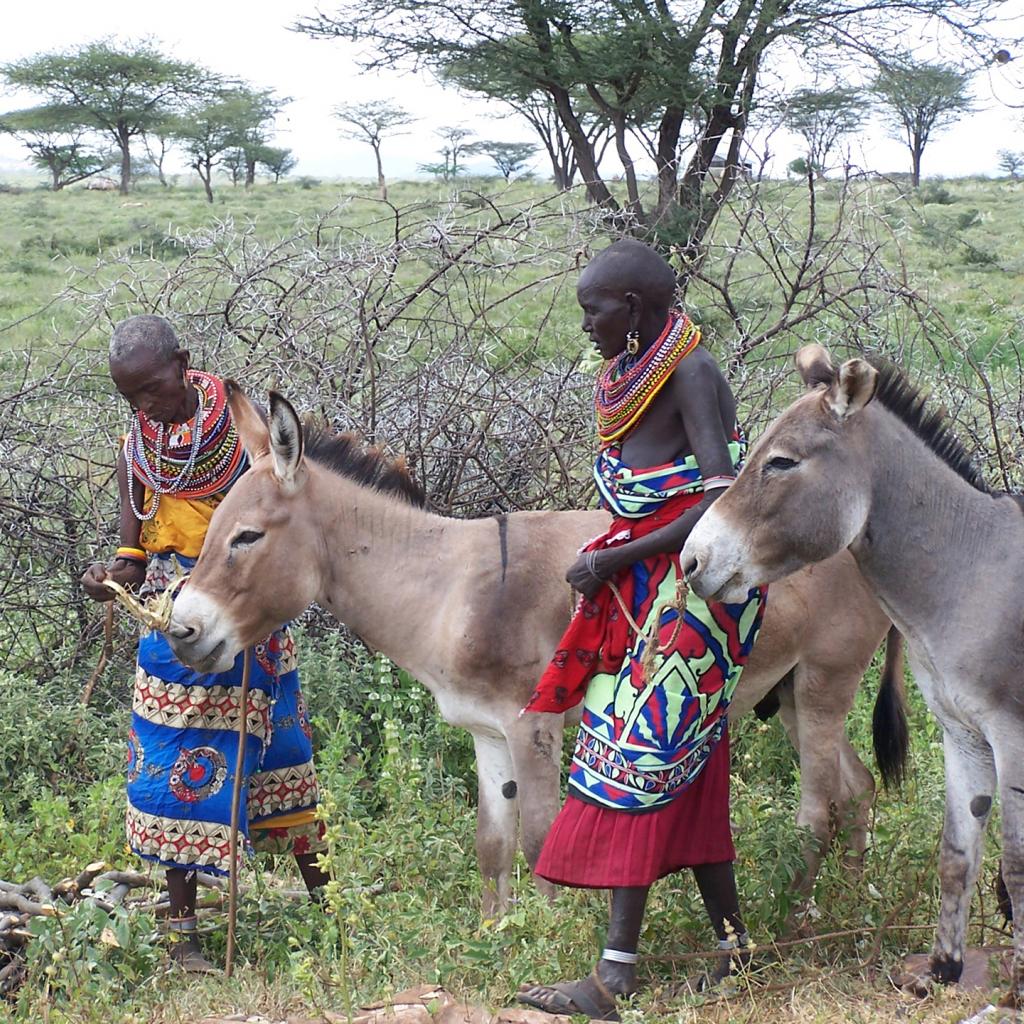 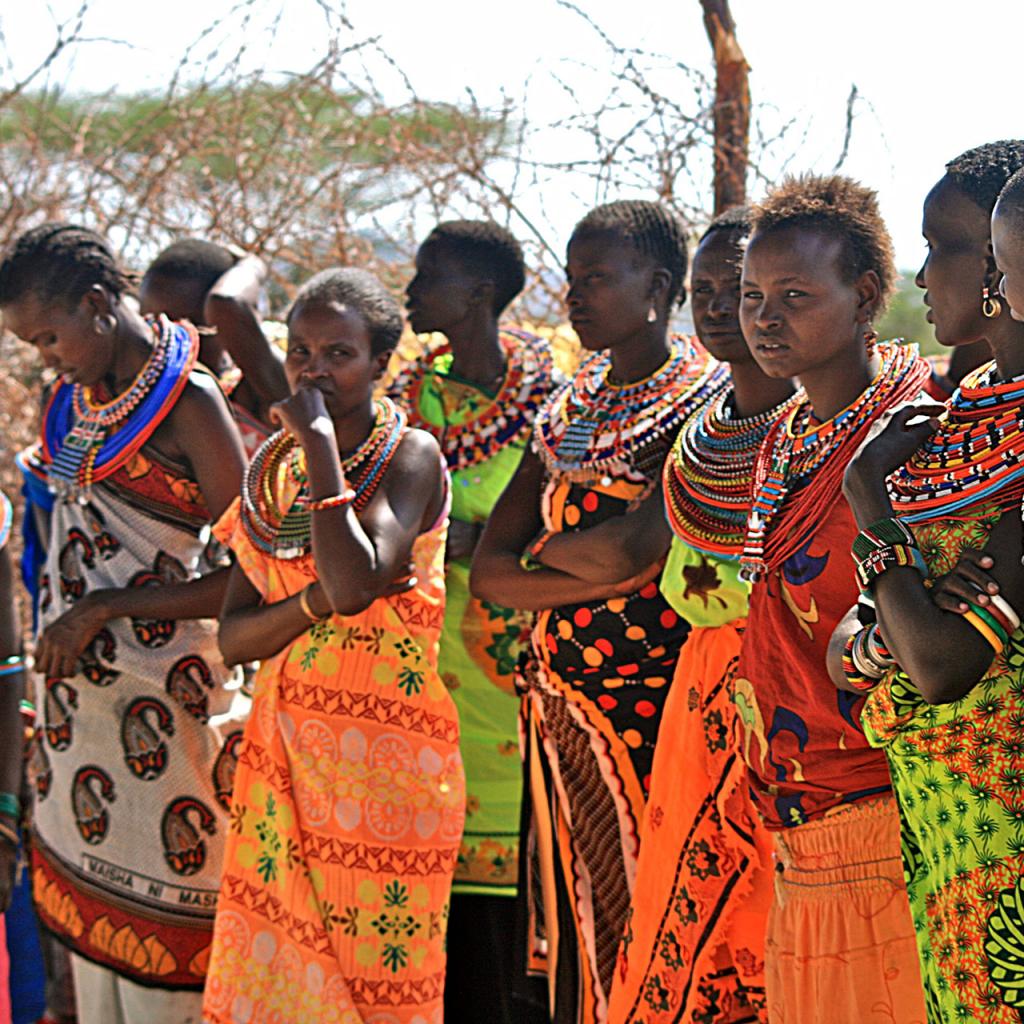