Maasai women - Photo Credits: Stefania Maggioni
Maasai society has an organization based on patriarchy, men manage, govern and hold more active roles, while women play marginal ones and are subjected to men.
Women are divided into groups, unlike men, who are divided into three groups or life stages, childhood, warriorhood and senior warriorhood, women only go through two age-sets: the first one consists of little girls and teenagers up until the age of 16; the second gathers women from the age of 17 onwards, those who had to overcome a ritual of passage after their first menstruation.
Girls belonging to the first group are allowed to have sexual relationships with young morans, as a matter of fact, each girl can have up to three lovers, one of them will be chosen as a favourite, whereas the other two will take his place when he is outside the village or unavailable.
Towards the age of 17, girls move to the following group; they are, at that point, ready for marriage, however, a young warrior will hardly have the wealth necessary to support a family, that is why most girls leave their lovers to get married to an elder; elders are usually the only ones who own enough cattle to be able to marry and support someone.
The ritual of passage of Maasai women consists of the barbaric practice of genital mutilation, it is a removal of the clitoris, and sometimes of the outerlabia, too.

Luckily enough, this practice, called infibulation, has recently been forbidden by the law and also rejected by most girls, who have no intention of being mutilated, they wish for a non-violent and non-invasive passage ritual, this does not however mean that the practice has been completely wiped out by either the Maasai or other ethnic groups in Africa.
Many wise village men, elders and morans, are aware of the risks and damage this practice entails and new rituals to adulthood have been adopted.
In Masai tradition, genital mutilation was not linked to the necessity to safeguard the virginity of a girl, as a matter of fact, it was possible for her to have three lovers at a young age, it is rather a trial of courage and ability to bear the pain, just like what circumcision is to men.
The Maasai do not get married out of love, the matches are made by the brides’ fathers when they are still little girls, a woman who has been mutilated has more chances of being chosen because men believe she can no longer be interested in have affairs and cheating on a husband when he goes out hunting or he is simply away from home, the wedding celebration consists of arranging a lengthy and complex ceremony for the future bride.
The bride’s dressing ritual begins with the complete shaving of her head, the Maasai make use of this practice, in this and other changes of status, as it stands for a new beginning.
Afterwards, the girl is dressed by her female relatives with brightly-colored fabric panels and she is adorned with jewelry, especially necklaces, bracelets and earrings; at the end of the dressing ritual, some grass is put in the bride’s shoes and she is given the typical shepherd’s cane.
At this point, the girl is ready to leave the paternal house, her father, as a sign of protection and blessing, spits a sip of milk on her neck, under her beaded necklaces.
The Maasai believe that the future bride, once she has left her parents’ house, is not supposed to look back, or she will turn into stone; she then goes on walking straight without looking back until she reaches her future husband’s house, along her route, she receives goats and calves as gifts from relatives and other members of the village.
The groom, while waiting for the arrival of the bride, sacrifices some head of cattle that are later cooked on a fire and offered to the guests to celebrate the wedding.
When she arrives at the groom’s house, the bride is not welcomed as one would expect, the husband’s relatives throw cow excrements at her and cover her with insults, one of the Maasai favourite is making remarks on the fact that the girl is too short, since being tall is a very prized and pride-worthy quality among Maasai people.
This mean welcome is a kind of trial which will help her to withstand the hardships of life.
The husband then proceeds to offer her a container made out from an emptied pumpkin and filled with sour milk, the bride drinks it and offers it to those who gather around her, who are usually kids; this is the most important ritual of the entire wedding ceremony.
From this moment on the bride moves to a new Enkang, village, where she takes care of the maintenance of the huts, the collecting of water and wood, and the rearing of children.
Polygamy is allowed and accepted by the Maasai, since what makes the difference is the number of heads of cattle owned by the husband, the richer he is, the more wives he can afford.
Each wife has her own hut, the first wife’s hut is always located on the right side of the husband’s one, while the second wife’s is located on the left. 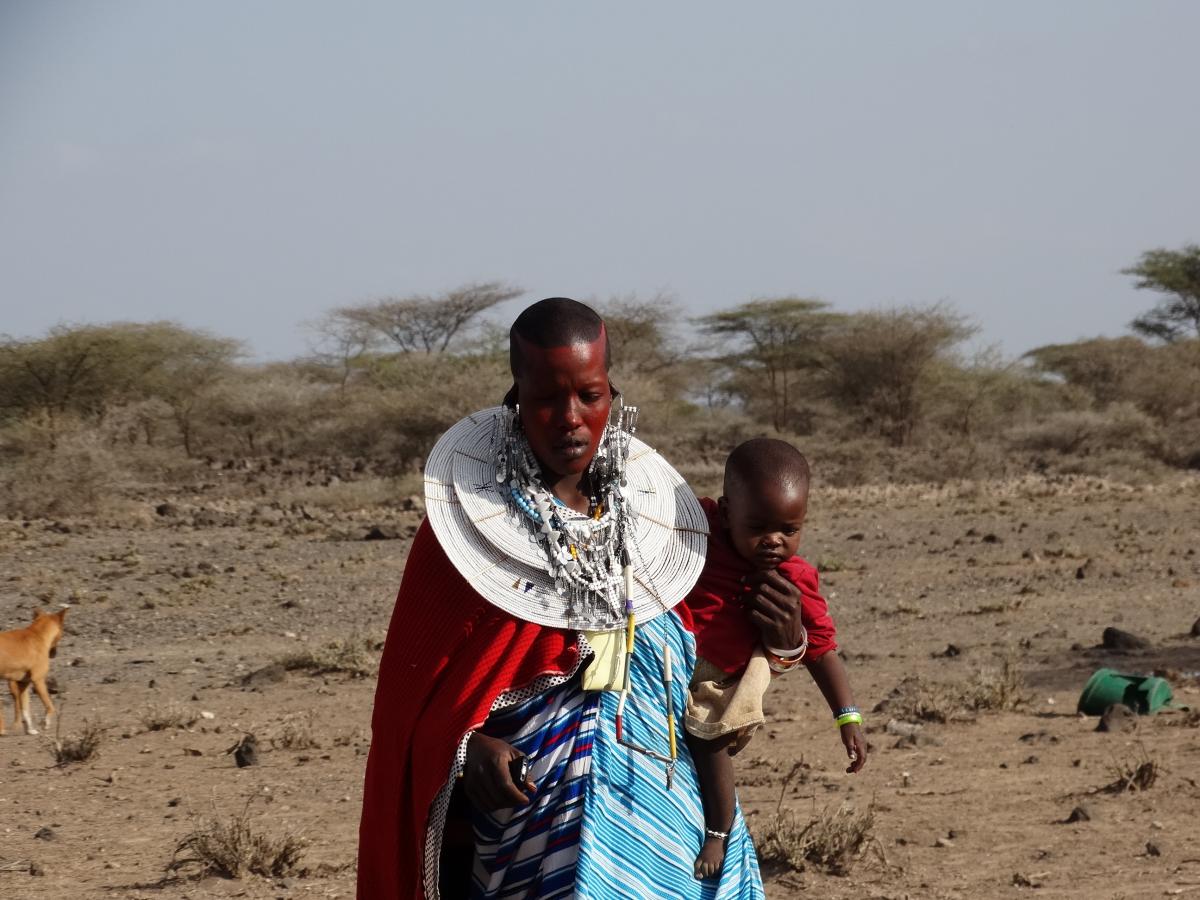