Maasai people - Photo Credits: Beth Wilson
Like many other African populations, the Maasai base their social organisation upon the village and the rites of passage regulating the stages of life; those belonging to a certain age set have precise duties and play a specific role within the society.
In the past, the transition from a stage of life to another was defined by the overcoming of rites of passage, that often consisted of trials of bravery or physical endurance; only some of them are still practiced today.
The Loibon plays a fundamental and central role in Masai society: he is the mediator between the people and the deity and also among the individuals of the village.
The Masai social structure is rather complex; the population is divided into roles and by age sets; this society is based on patriarchy and women play a marginal role, men have the most active roles.
The life of a Maasai man is divided into three stages: “childhood”, “warriorhood” and “senior warriorhood”. At the end of each phase, according to traditions, they used to have to face trails and passage rituals in order to be able to get to the following one; today only some of the rituals are still practiced.

Every time a Maasai faces a passage ritual, his head is completely shaved. This act is thought to be carried out exactly because of what the passage ritual represents, that is a new beginning, a new chapter in the life of an individual.
In the childhood stage, little Maasai have no social obligations, however, since their very early age, they are sent to look after lambs and calves in the savannah.
During the “puberty celebration”, young Maasai undergo an initiation ritual to  be able to gain access to the next stage, warriorhood.
If they pass the trials, they can be considered adults and eligible for marriage.
The ritual consists of circumcision, called Emurattain maa.
It is performed by the elders, who use a sharp knife and no anesthesia. A young Maasai has to bear the pain of the operation in silence, screams of pain are not tolerated since they represent dishonor for the young man.
During the first six months following the operation, he will have to dress in black and paint symbols on his face using white soil.
Meanwhile his hair will grow back, the healing process lasts 3 or 4 months, during which it is almost impossible to urinate because of the pain.
After the circumcision, a young man is considered a Moran, which means “young warrior”, warriors are the only members of the Masai community to have long hair, usually styled in thin braids.
Formerly, during this phase of transition, the Maasai practiced another ritual: before his circumcision, each young man had to kill a lion as a sign of courage. Thankfully, this kind of hunt is now forbidden.
Every time a new generation reaches the stage of Moran, former warriors get to the following age set and become “elders”, thus becoming part of the class who takes decisions for the village
A major positon in Masai society is taken by the Loibon, who mediates between God and the Maasai.
The Laibon is a priest, but he is at the same time a fortune-teller and the adviser of the tribe. He predicts the future by consulting the runes and looks at the position of some small stones dropped on the ground after being shaken inside a buffalo’s horn.
He is also the man who administers justice and tries to find agreements between feuding families, trying to get the damaged party to accept a compensation for the wrong they had to suffer through.
The compensation always consists of heads of cattle.
The role of women is centered around the task of looking after children, the maintenance of huts and the collecting of the wood and water needed for the village’s daily life.
Women have to endure initiation rituals as well, particularly infibulation and marriage, called Enkiama in maa. 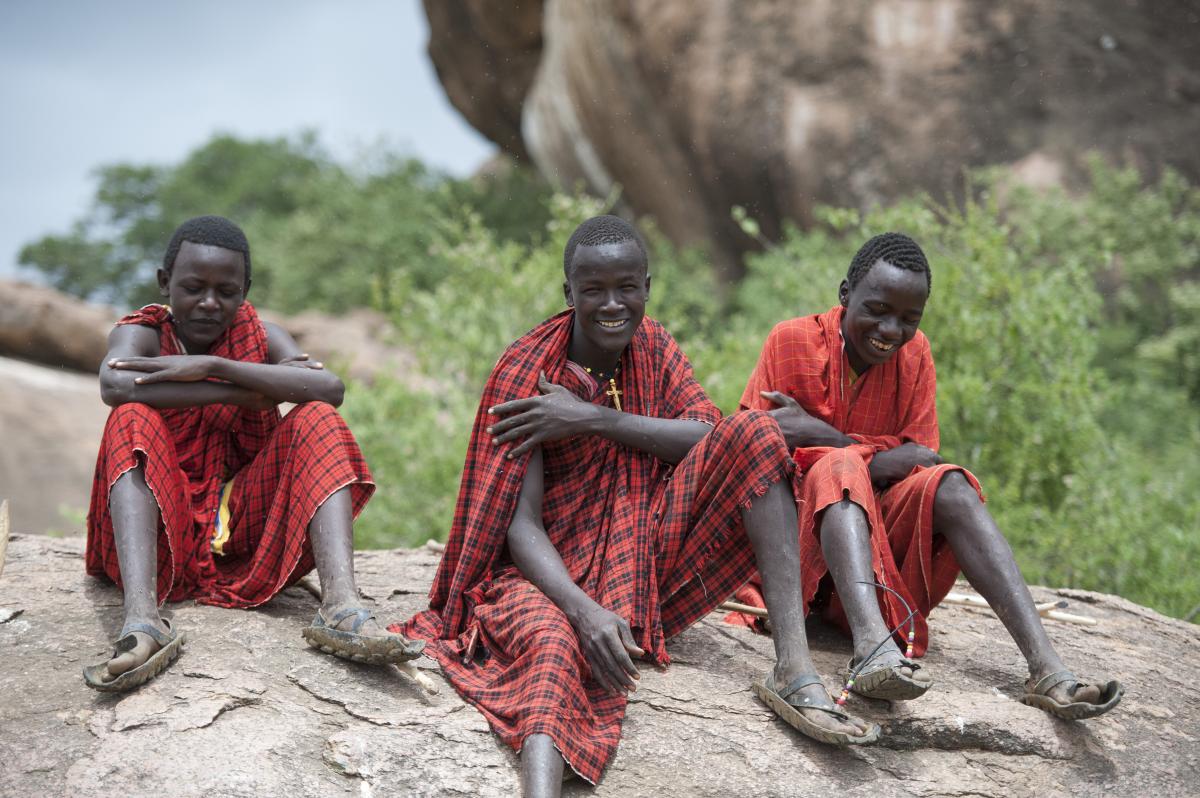