Maasai warrior - Photo Credits: Paolo Bono
The Maasai are monotheist and they believe in Enkai (also known as Engai), a God who is mostly benevolent and who manifests himself in the form of different colors, according to the feelings he is experiencing.
Said colors have precise meanings: black and dark blue mean that the God is well-disposed towards men; red, on the other hand, is identified with God’s irritation.
Enkai has two manifestations:
The importance of cattle to the Maasai can be traced back to their religion and to Enkai.
There are, however, different legends explaining how the world came to be and how Enkai gave the cattle to the Maasai.
According to a legend, Enkai, creator of the Earth, used to live on the planet together with human beings, until the day he chose to rise to the sky bringing all the cattle with him. This originated a problem in the long run, as animals needed to graze grass to get their nutrients. Enkai then decided to send the animals back to Earth, and he did so by making bovines and ovines slide along the branches of some trees ending up on Earth. The animals were entrusted to the care of the Maasai, who have taken care of the cattle for Enkai since then.
The tree used by Enkai to make the animals come down on Earth is the Ficus Natalensis.
This tree is sacred to the Maasai for this reason. Even the grass surrounding it is sacred, and when a Maasai passes in front of a Ficus it is a habit for him or her to touch the grass close to the roots.
The gesture is a homage to the tree that brought back the herds and to the grass that makes them live.
According to another legend, Enkai donated to the father of the Masai nation a cane to gather the herds and from that day on, the Maasai had their cattle.
One more legend tells of Enkai taking a tree and dividing it into three parts, so to create human beings.

One of the parts generated the Maasai, to whom the cane for the breeding of animals was given; the other parts created the Kikuyu and the Kamba: the Kikuyu were entrusted with a shovel for agriculture, while the Kamba were given a bow and an arrow for hunting.
Yet another version of the creation myth tells that Enkai was once a man and he owned all the cattle in the world, and back then earth and sky were joined. When they broke apart, Enkai sent all the cattle of the sky along a rope made from tree bark, and the Maasai received them all. Another group of hunters, jealous for not receiving any of the cattle, cut the bark and created a gap between sky and earth, thus stopping the flow of cattle towards the Maasai.
These legends make it so, that the Maasai believe they are the chosen people and the bovines are a direct link between them and Enkai.
The cattle play an important role in religious Masai traditions as well. Animals’ entrails are, for example, offered to Enkai as a sacrifice and they are often mentioned in prayer texts.
However, animals are not actually considered sacred, o
nly wildebeests are venerated for their contribution to the regeneration of the layer of grass and thus to the health of the cattle.
Many Masai rituals are influenced by the importance of the cattle, there is, for example, a rite to defeat female infertility or funeral rites.
There are no references to the after-life in Masai religion, but people pay homage to their ancestors. 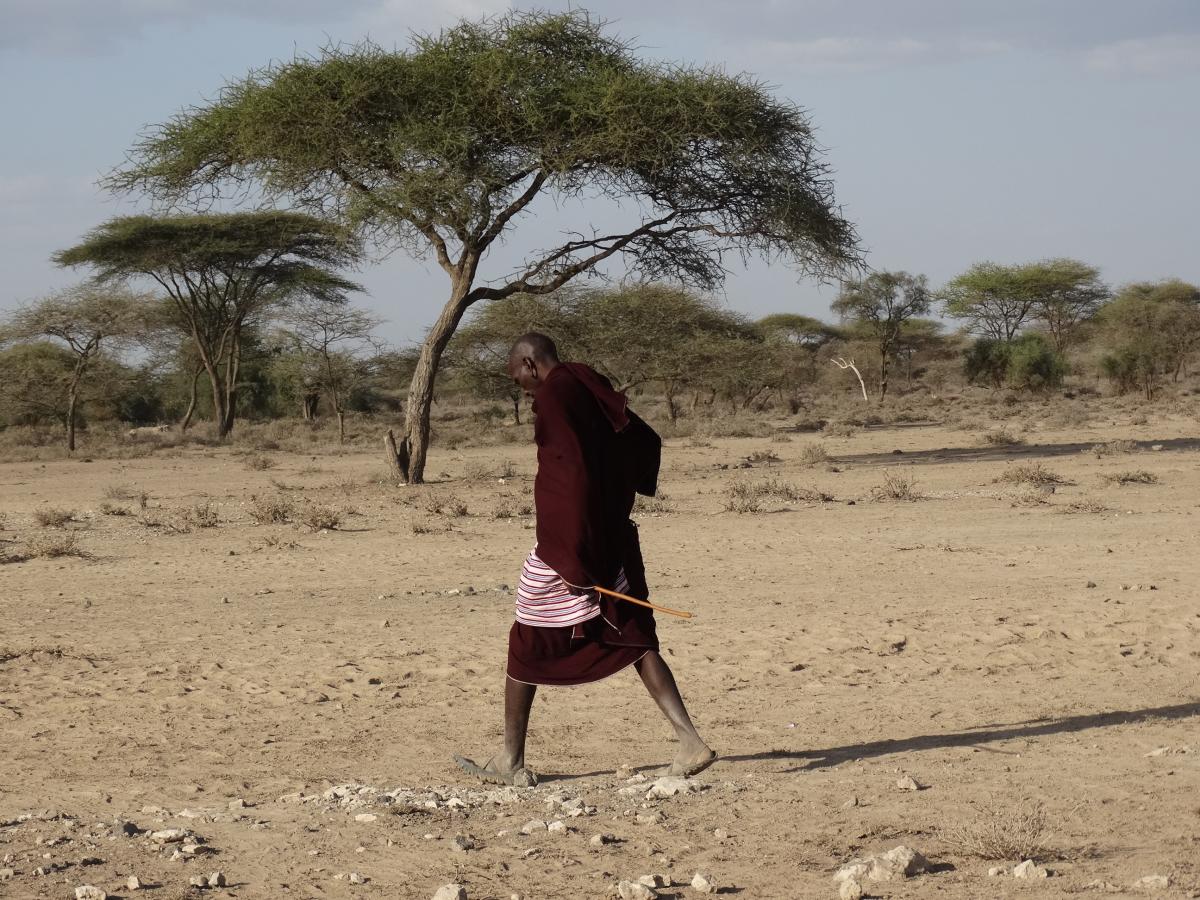