A Maasai village in East Africa - Photo Credits: Martha De Jong-Lantink
The Maasai refuse modern progress and live according to their ancient customs; they still live in villages whose structure and traditional organization have remained unchanged.
The villages have a well-defined structure: each village is surrounded by an enclosure made of thorny bush shrugs, that protects the villagers from the attacks of predators.
When you enter the village, right at the centre, there is a second smaller thorny enclosure surrounding the area where the cattle are led to stay for the night, there they are protected from the attacks of hyenas and lions, who could pass the external enclosure.
The fact that only the cattle are protected by a double barrier is a tangible evidence of how important animals are to the Maasai; they are more important than their own lives and they are willing to protect them by all means.
All around the central enclosure, arranged in a circle, are the Maasai huts; they are made of a mixture of straw, mud and excrement, the roof is made of straw; the huts usually have a circular shape, except in the area of the Ruaha Lake, where they have a rectangular one.

To enter a hut it is necessary to pass through a low opening leading to a short passage, curved as a “boma”, letting the visitor into a real hut; the interior is very dark since there are no windows, so the eyes of the people who enter need a few seconds to adjust to the scarceness of light.
The hut is divided into rooms or zones: men sleep separately from women, who in turn share their space with children; at the centre of the hut a fire is lit, and this makes the air very thick because of the presence of smoke, that is nevertheless very useful to keep bugs and parasites out of the hut.
The size of a village and the number of huts it contains, varies and it depends on the number of wives the head of the family can afford to support; each wife has, as a matter of fact, her own hut.
Moreover men are influenced by how many children and head of cattle they possess.
The manyatta deserves to be mentioned separately, for it is a village built purposely for young warriors.
The moran move to live here from the family village right after being circumcised, that means just after they passed the rite of passage from childhood to adulthood.

The structure of this village differs from that of the family because it has no protective enclosure; this environment is created with the purpose of stressing the fact that a manyatta is inhabited by warriors who do not need any protection.

A manyatta does not even present the typical animal enclosure, since young warriors do not own cattle for they have to be able to hunt for food by themselves or collect what nature has to offer them.

At the centre of the village, instead of the cattle enclosure, a pole is usually set into the ground for a white and blue flag to be raised on top of it, that is the flag of the Maasai nation and it usually remains raised as long as the moran are out for hunting.

On average a moran lives in this kind of village for about 10 years; during this period they have the chance to fraternize with one another; what’s more important, they practice to become real warriors, they develop the art of oratory and study to delve into their knowledge of animal farming.

At the end the moran return to their fathers’ villages, where they live until they find a wife; at that point they create a new village for their wives and their cattle. 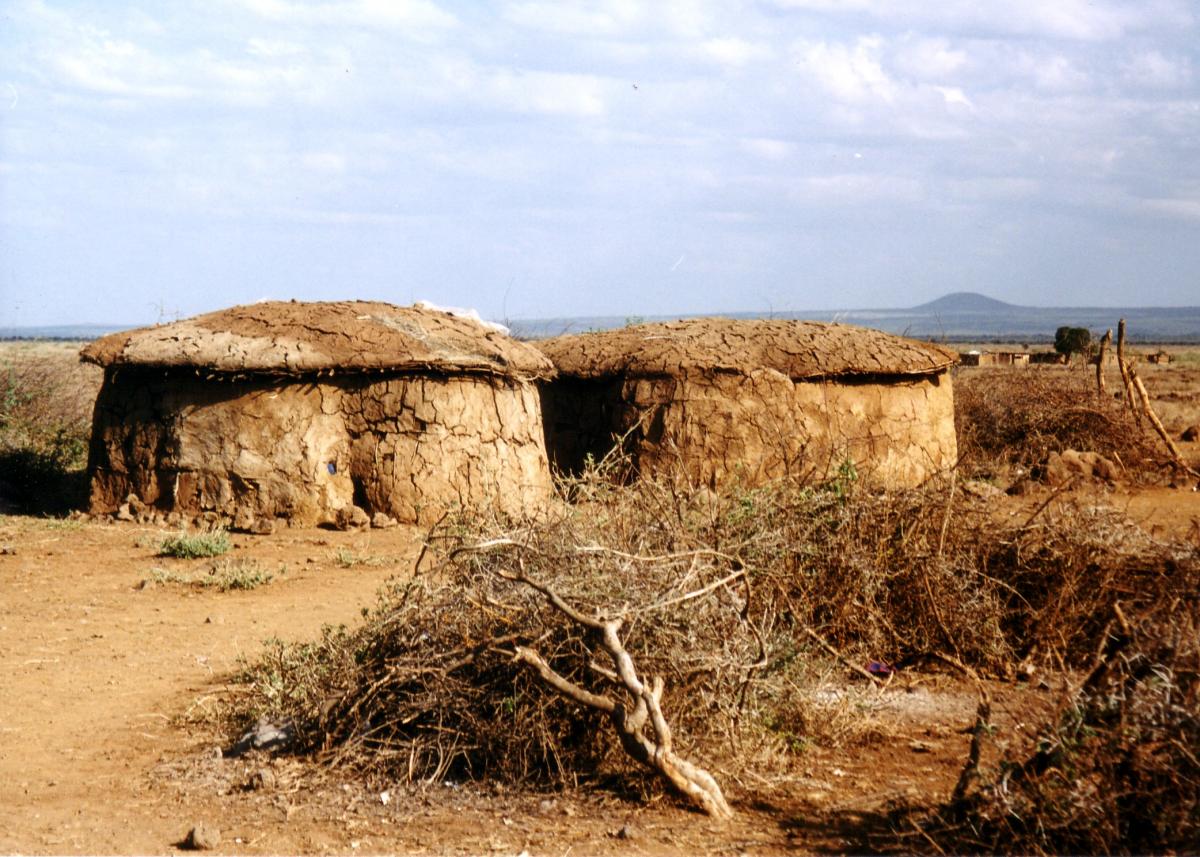