Sleeping lion - Photo Credits: Romina Facchi
Kenya is an East African State, crossed by the Equator, famous for its high presence and concentration of animals and for its white sandy beaches on the Indian Ocean.
The Republic of Kenya owes its name to the homonymous Mount Kenya, or rather to a sort of "compromise" chosen by the British, deducing it from the names given to the mount in the three local languages, namely Kirinyaga for Kikuyu, Kirenyaa for Embu and Kiinyaa for Kamba; they all mean "the place where God rests".
Kenya shares its borders to the East with the Indian Ocean, with beautiful white sandy beaches, and with Somalia, to the North with Ethiopia and Southern Sudan, to the South with Tanzania, to the West with Uganda; with the latter two nations Kenya has established in March 1996 the East African Community, an economic community to foster the development of the signatory states.
The rapidly growing population of Kenya is divided into different ethnic groups of Nilotic and Bantu origins, the most famous and legendary are the Maasai people, who, however, represent only 1% of the population.
The majority of the population lives in the main cities: Nairobi, capital of the Republic and located in the Highlands, Mombasa, the largest city of the coast and Kisumu on Lake Victoria.
The largest ethnic group is represented by the Kikuyu, population of great farmers, followed by the Luo, the Luhya and the Kalenjin; the latter are famous in the world thanks to the many victories in athletics and marathons.
As a result of the European influence suffered during the colonial period, the majority of the population, about 83%, is Christian, while on the coast, due to the Arab domination, many Kenyans are Muslims, about 11%; however, some ethnic groups, such as the Maasai, have kept alive their traditional tribal cults.
Kenya is "cut" from North to South by the Great Rift Valley, that is the most characteristic morphological element. In general, Kenya geography has many interesting aspects, it passes from ocean beaches, to central Highlands covered with savannas and forests, to mountain ranges that include the Africa second highest mountain, Mount Kenya, thence to a desert plain in the North that continues on Somali territory.
The climate is affected by these morphological differences and, simplifying, we can say that the coastal area is hot and humid, while the center is characterized by a mild and dry climate; as for rainfall, Kenyan tropical climate is subject to two seasons, a dry one from June to October and a wet, or green, season from November to May; during the latter, there are two rainy periods: short rains from November to December and long rains from March to May.
The interior mild climate allows the cultivation of economically important products exported abroad, such as coffee, tea, beans and roses, of which Kenya is the world’s first producer.
Obviously, the country is a wildlife tours icon, tourism in fact is an increasingly important item of the national budget, large areas of the country have been protected by the establishment of national parks and reserves.
Kenya is the home of the wildebeests’ and zebras’ Great Migration, happening from early July to late October; savannahs are the habitat of large herds of herbivorous and consequently of predators.
The poaching problem exists also in Kenya, but the government policies have shown such good results that the country can be considered in the front row against this devastating phenomenon. 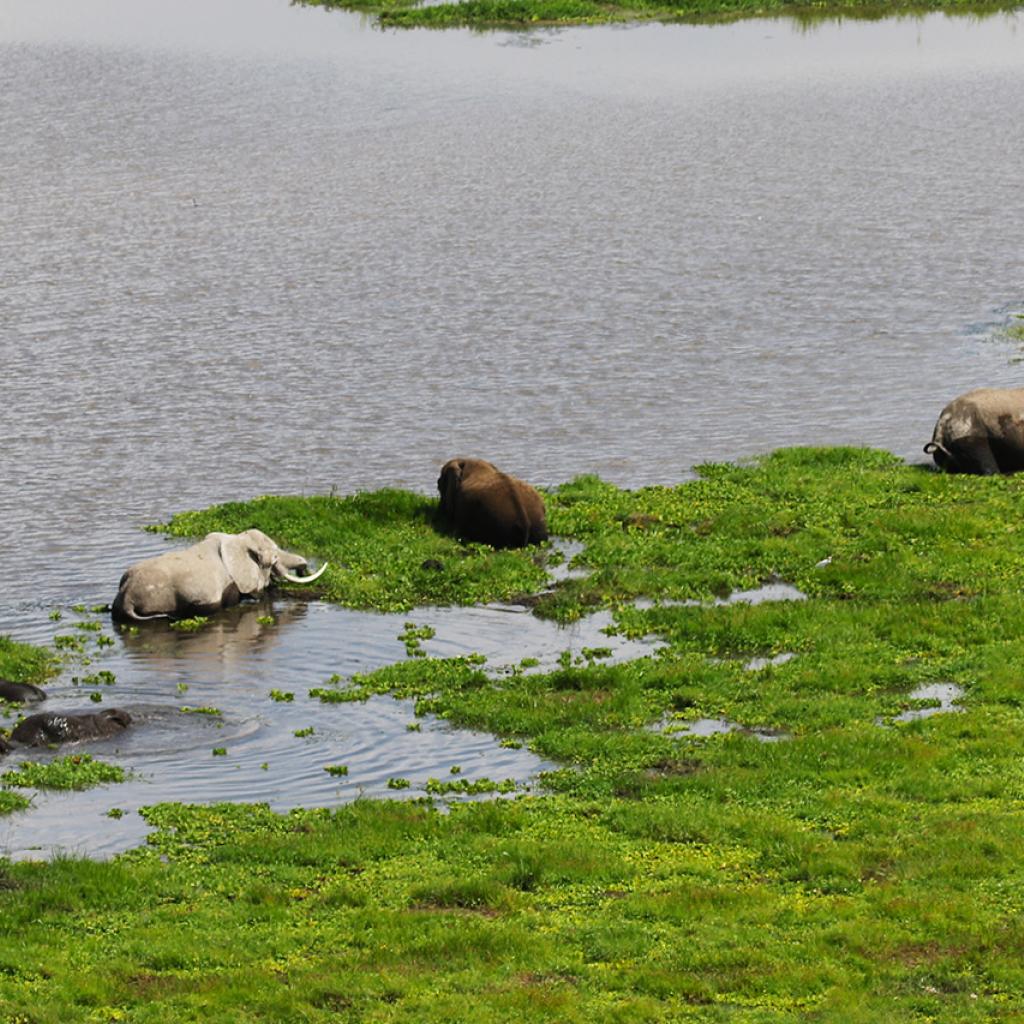 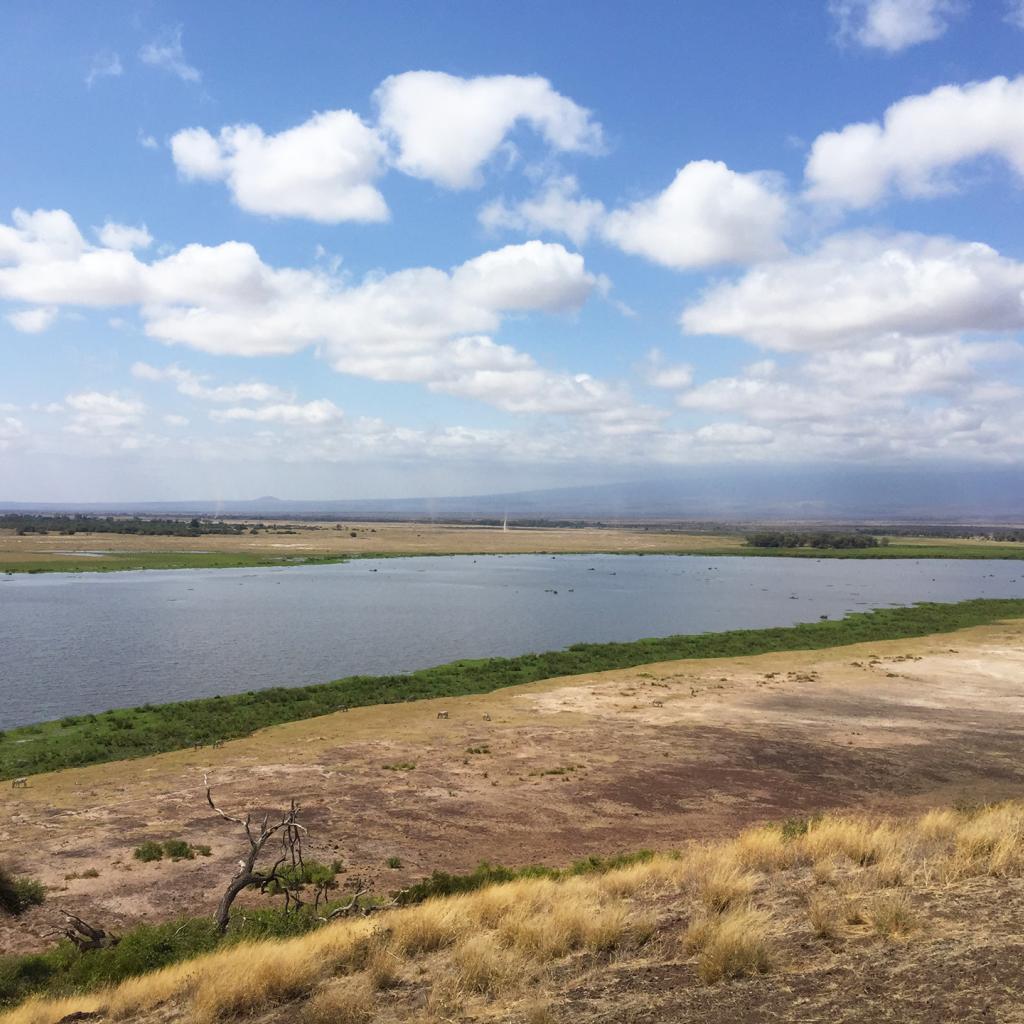 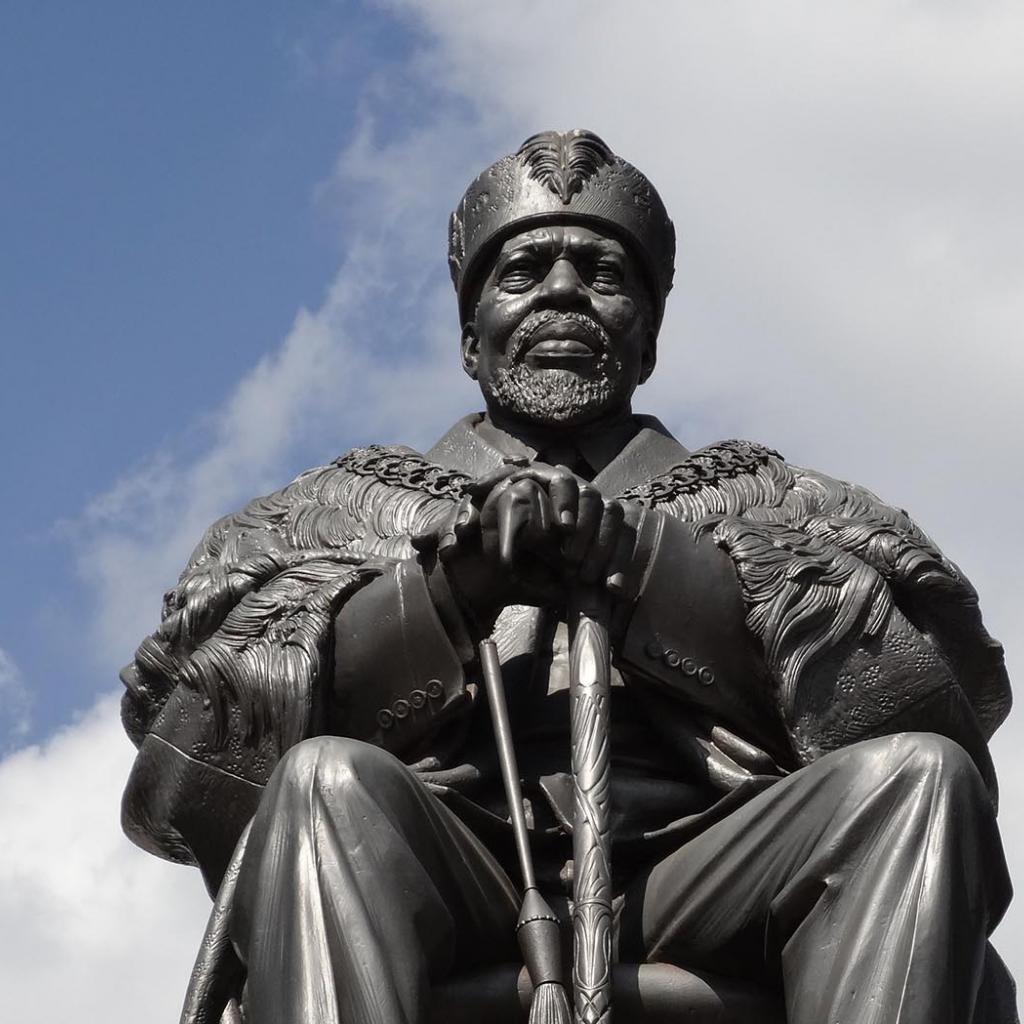 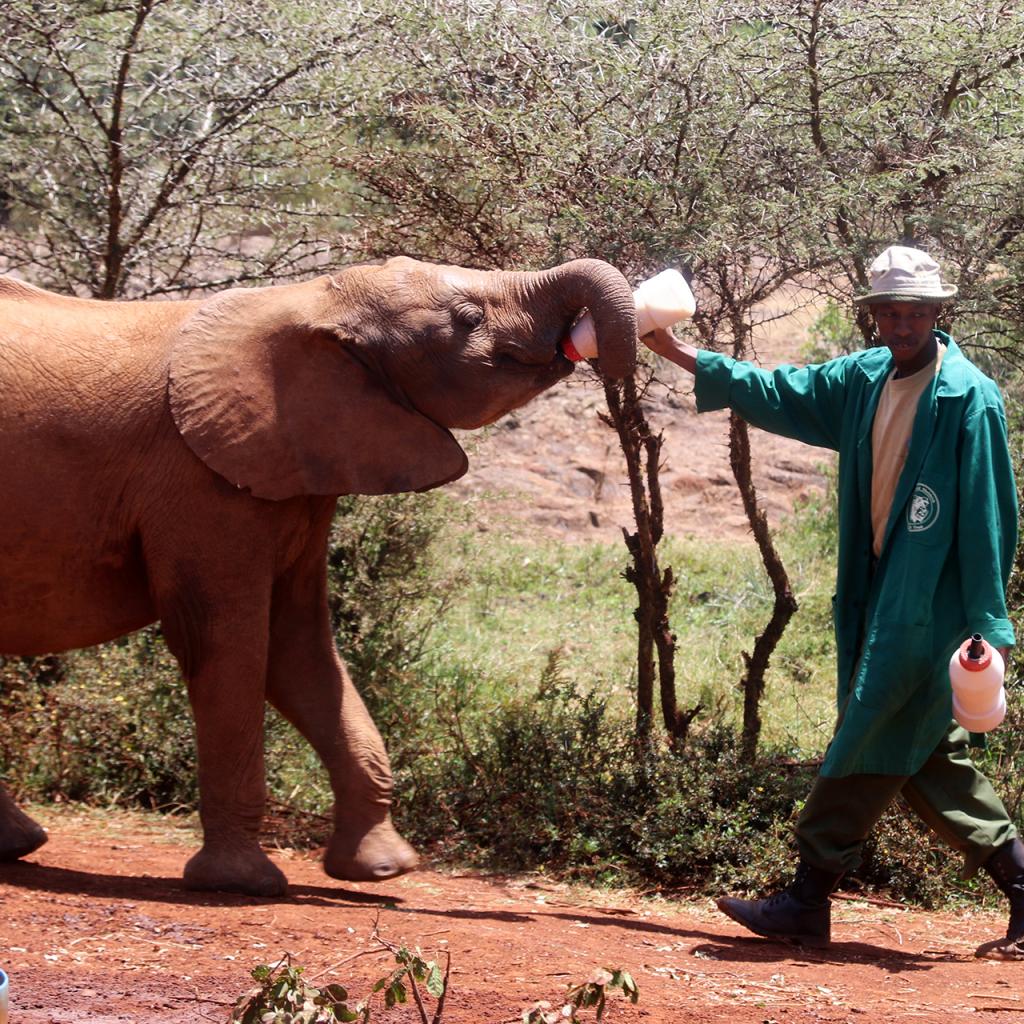 The city of Nairobi 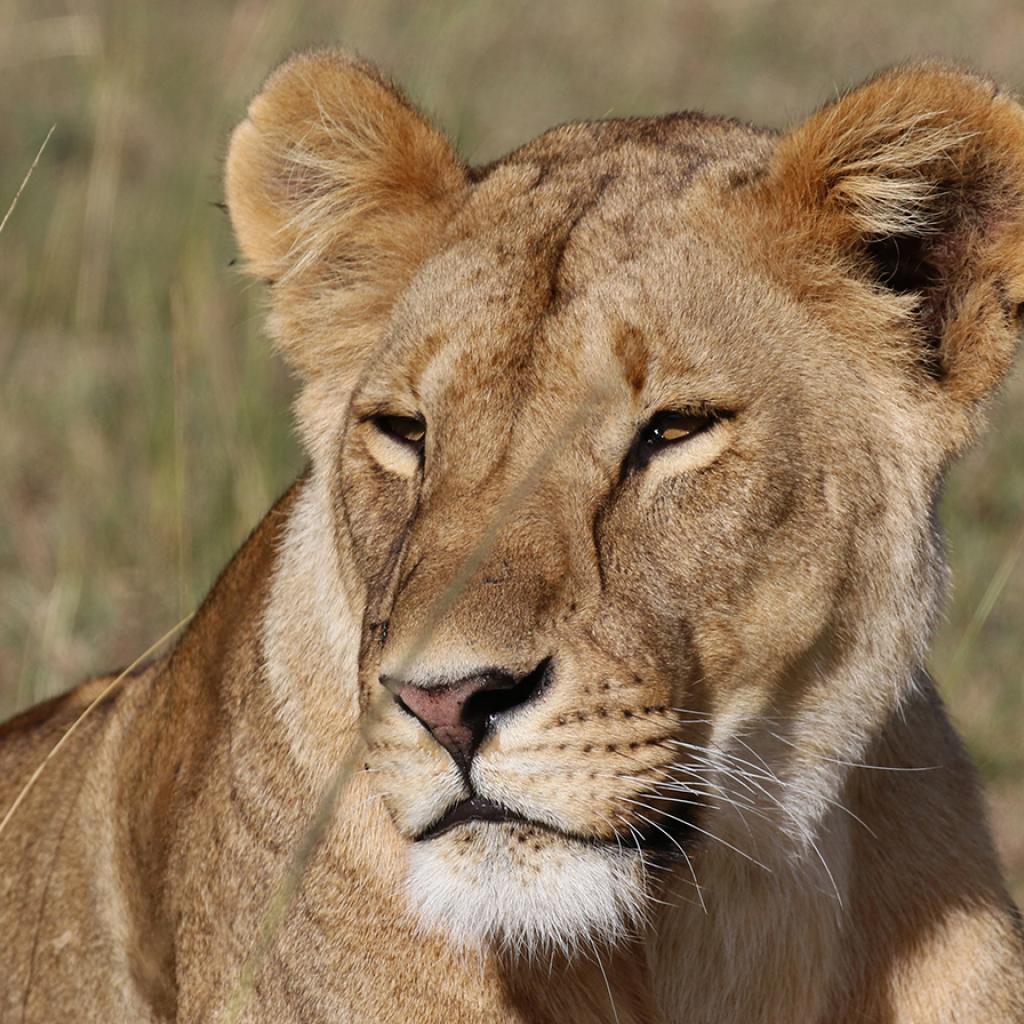 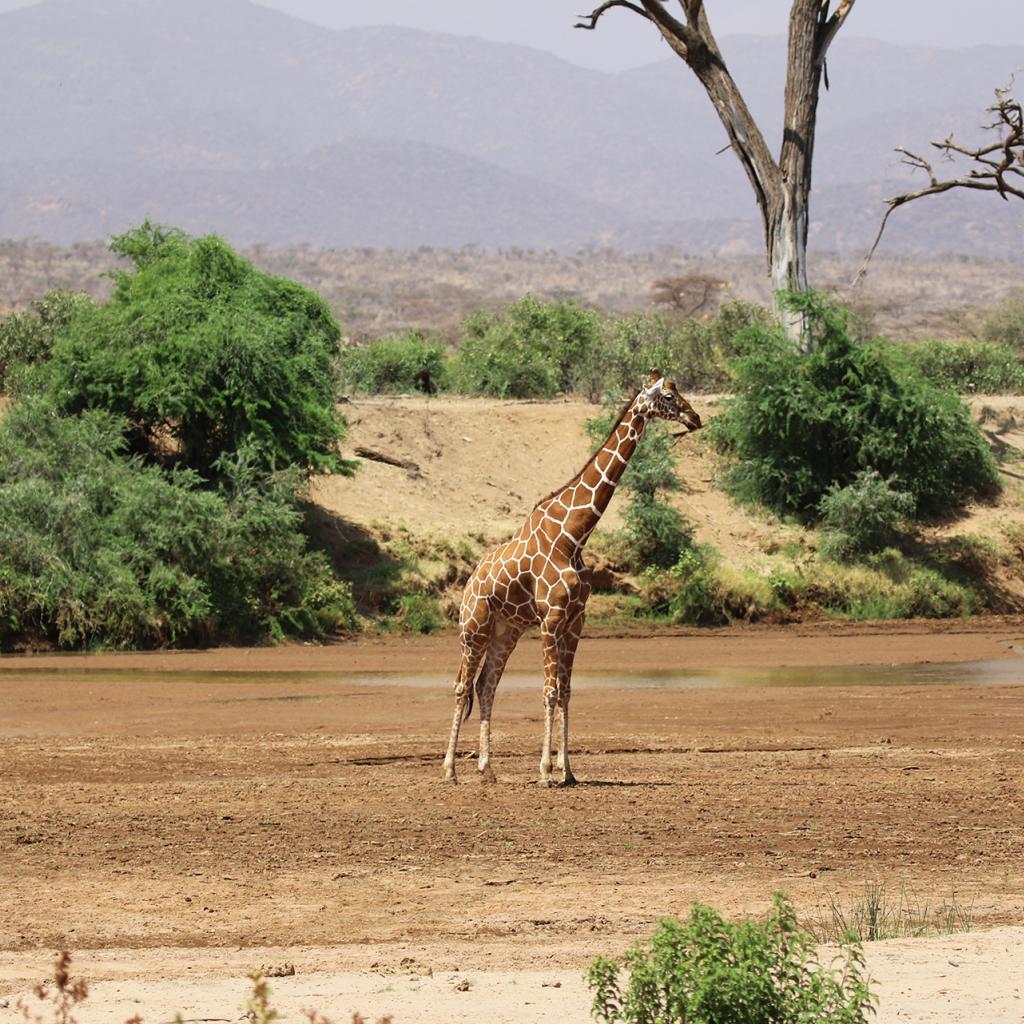 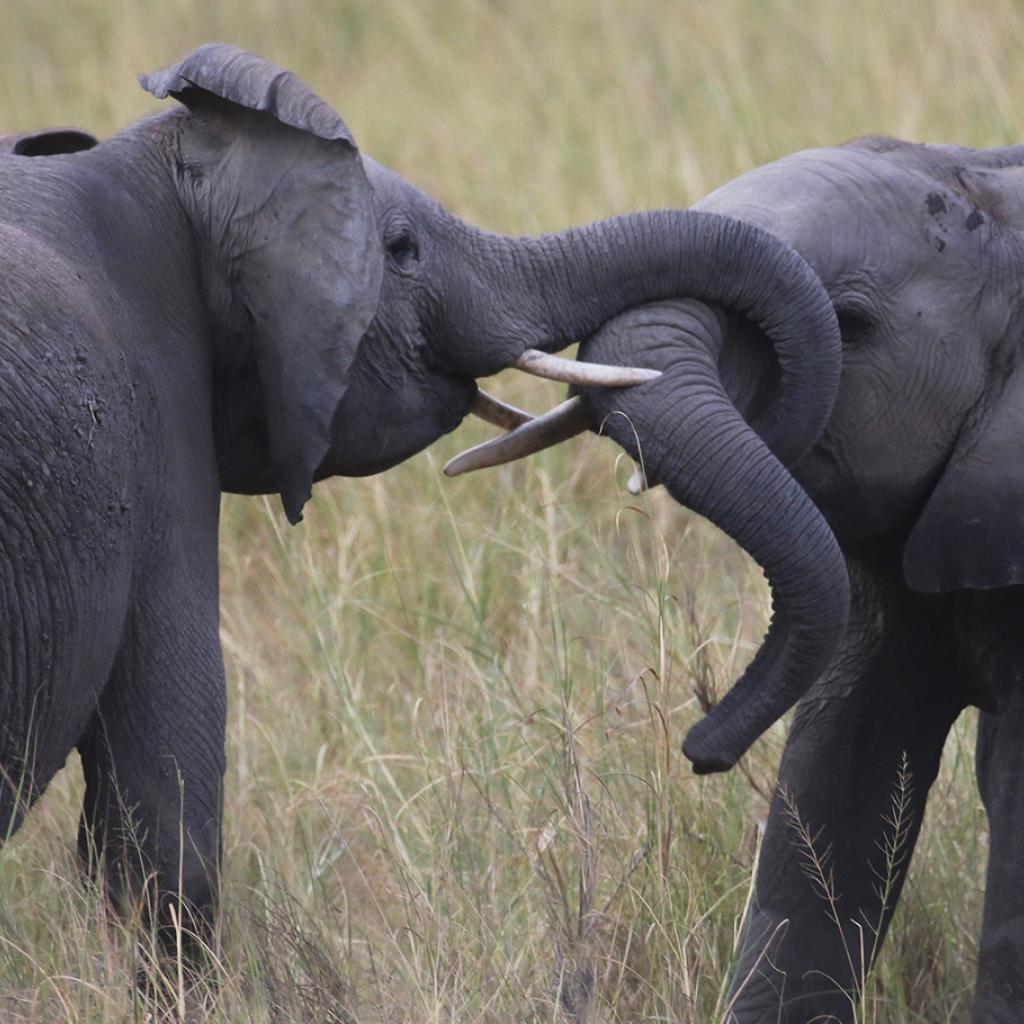 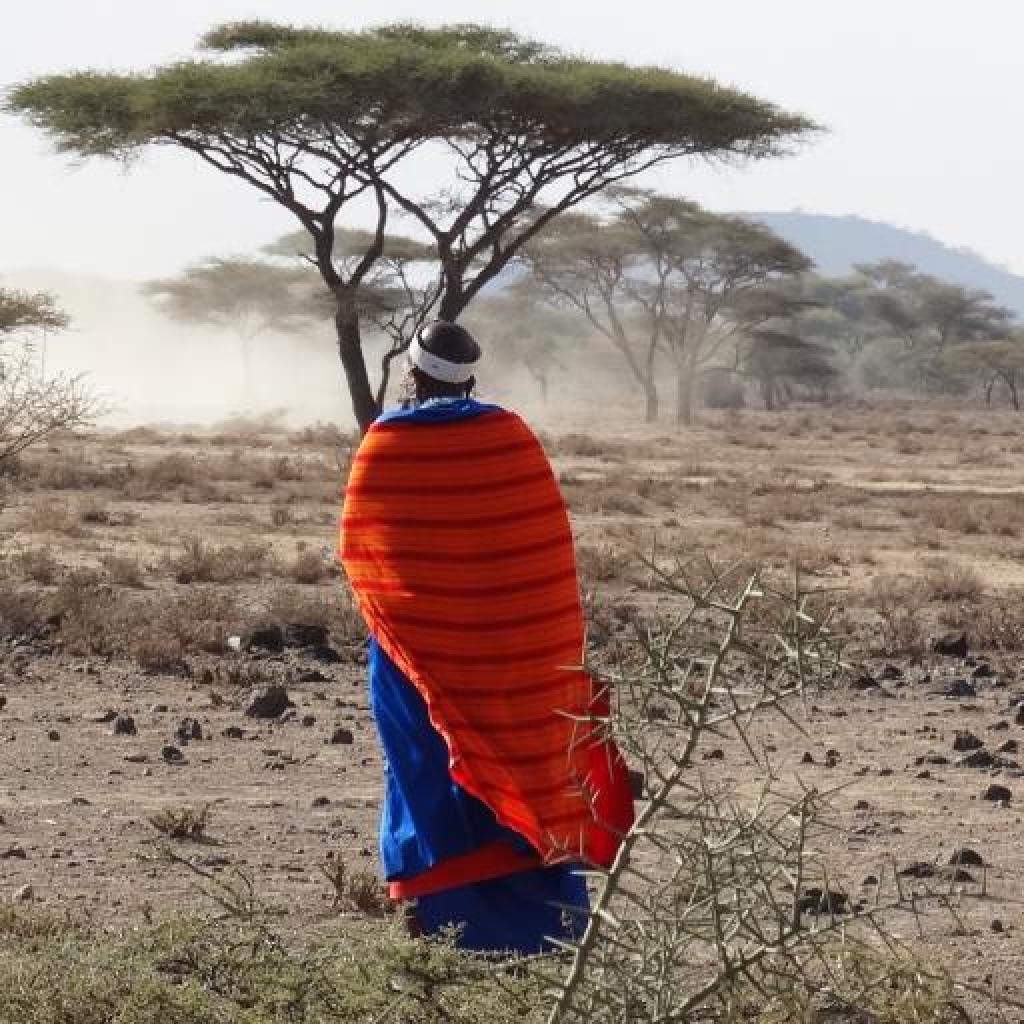 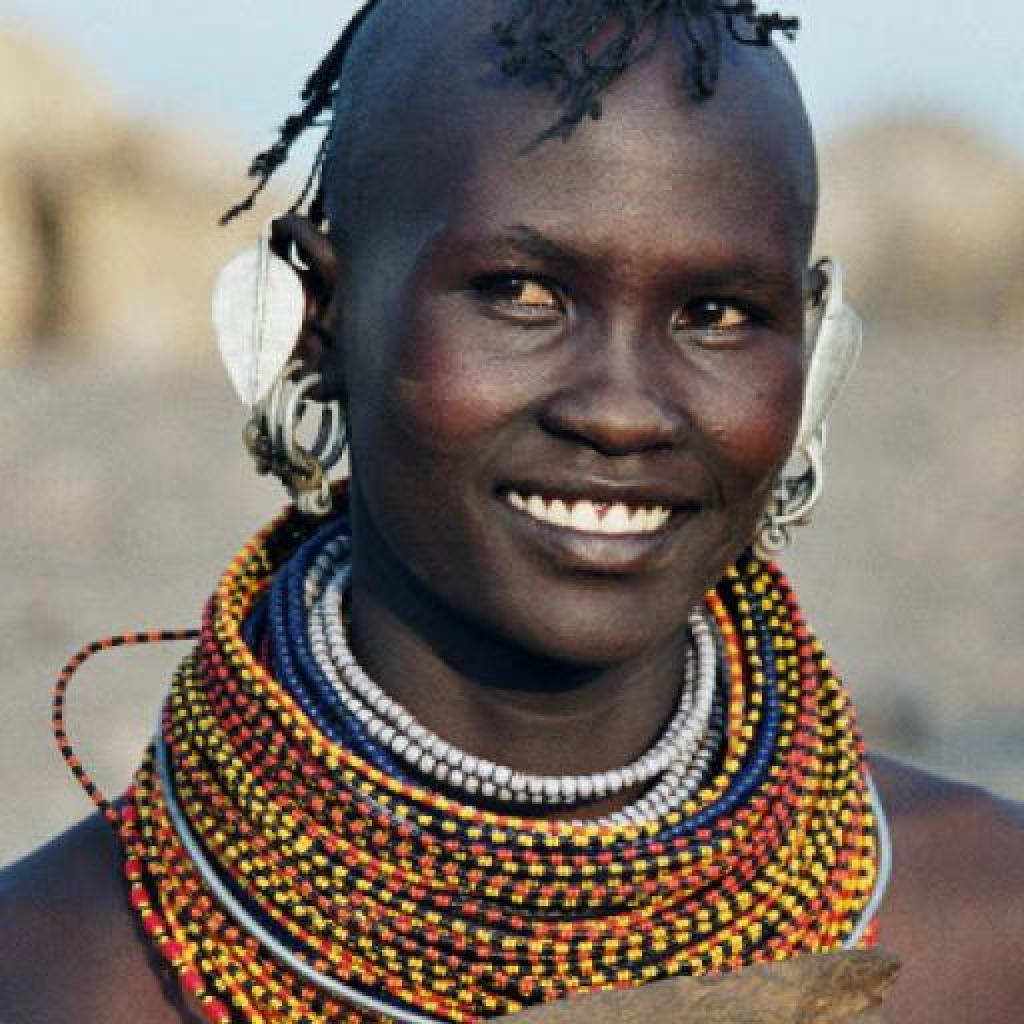 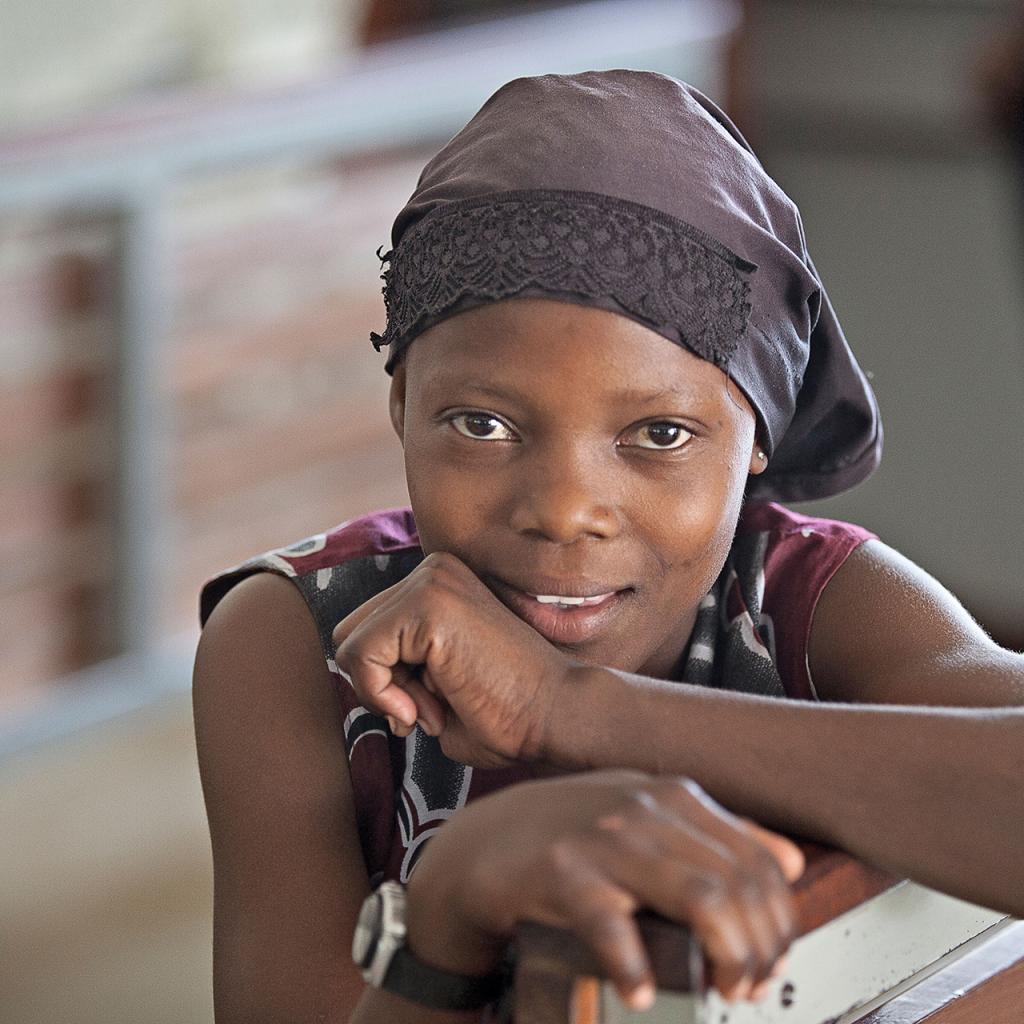 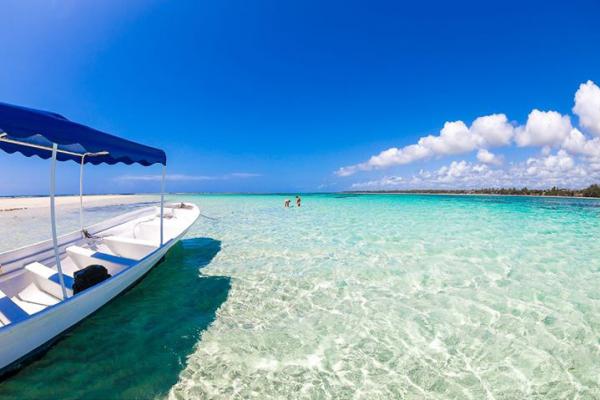 Diani Beach the pearl of Kenya